Another viewing of the 'Great Goodbye' held recently at Shildon, but this time from quite a different atmospheric angle. Paul Beardsley also attended the event and was able to secure this set of splendid night-time images. They make a nice comparison to David Gambles' fine daytime views. Whilst Paul's are unobstructed, David's illustrate the popularity of the gathering and each set provide a true reflection of how these splendid beasts are regarded by enthusiasts and the general public alike. 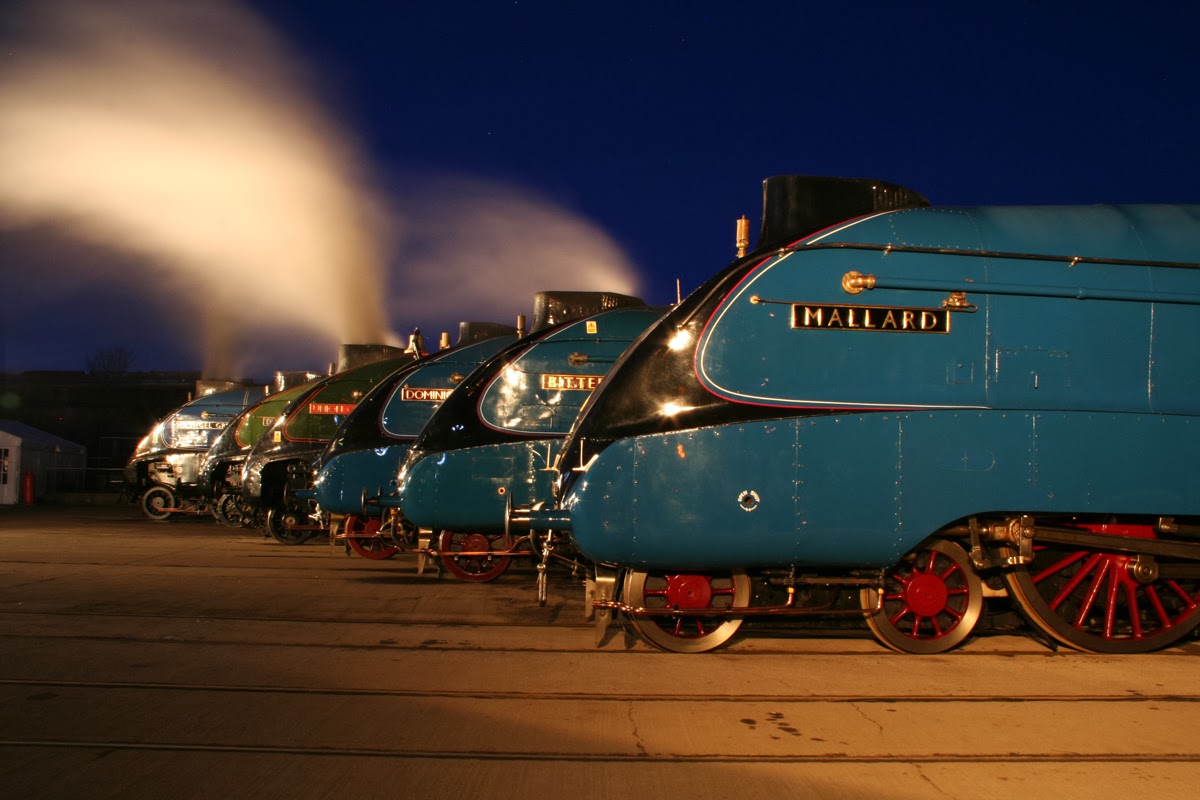 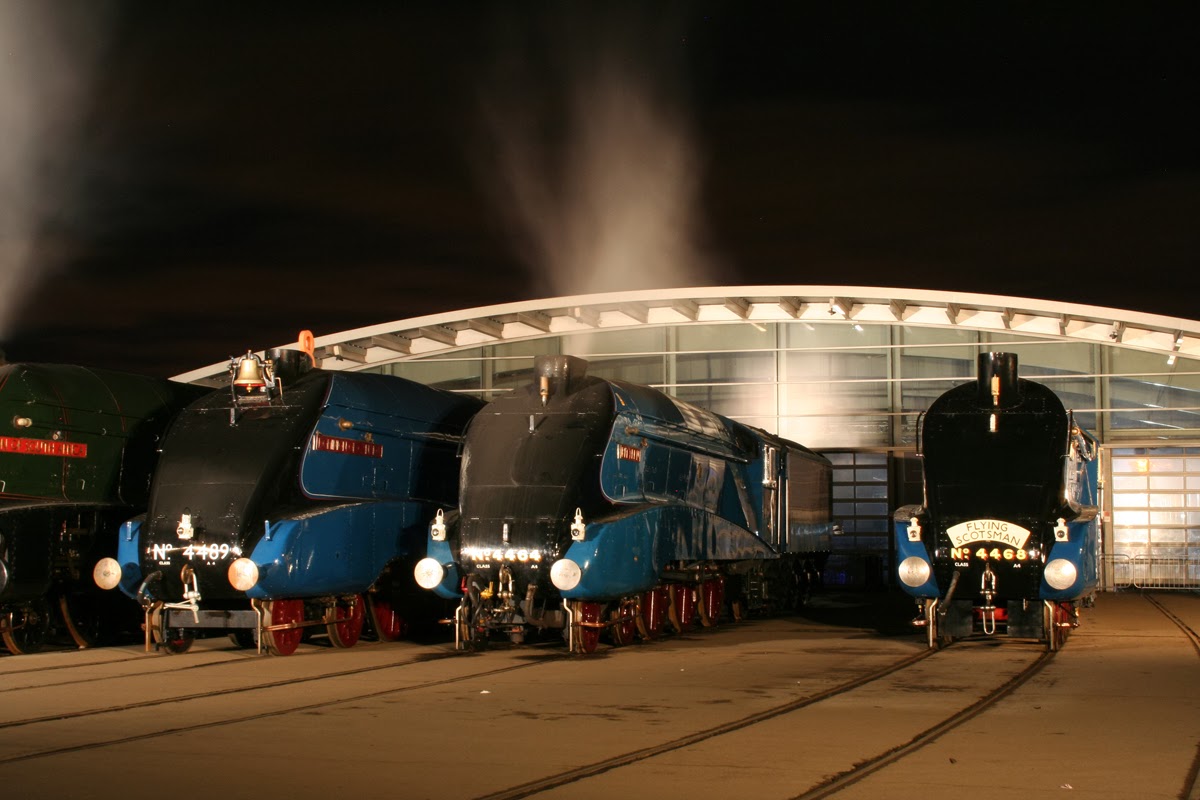 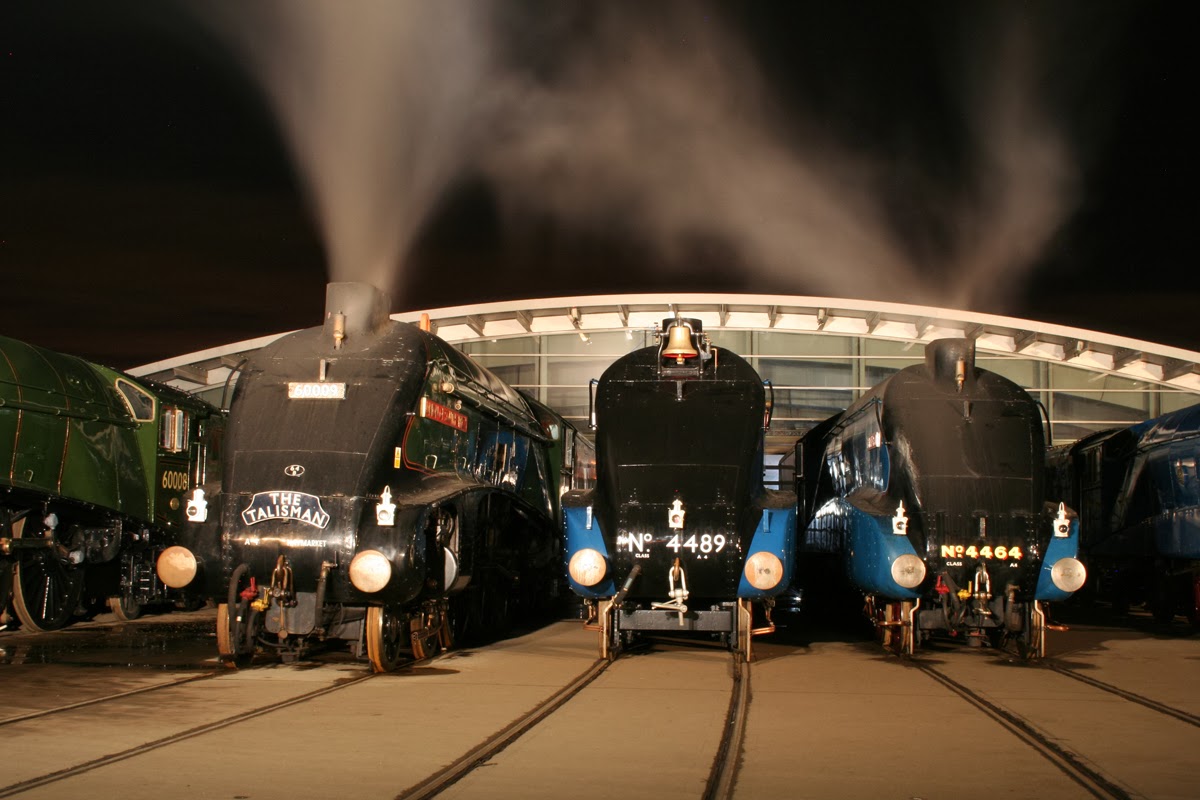 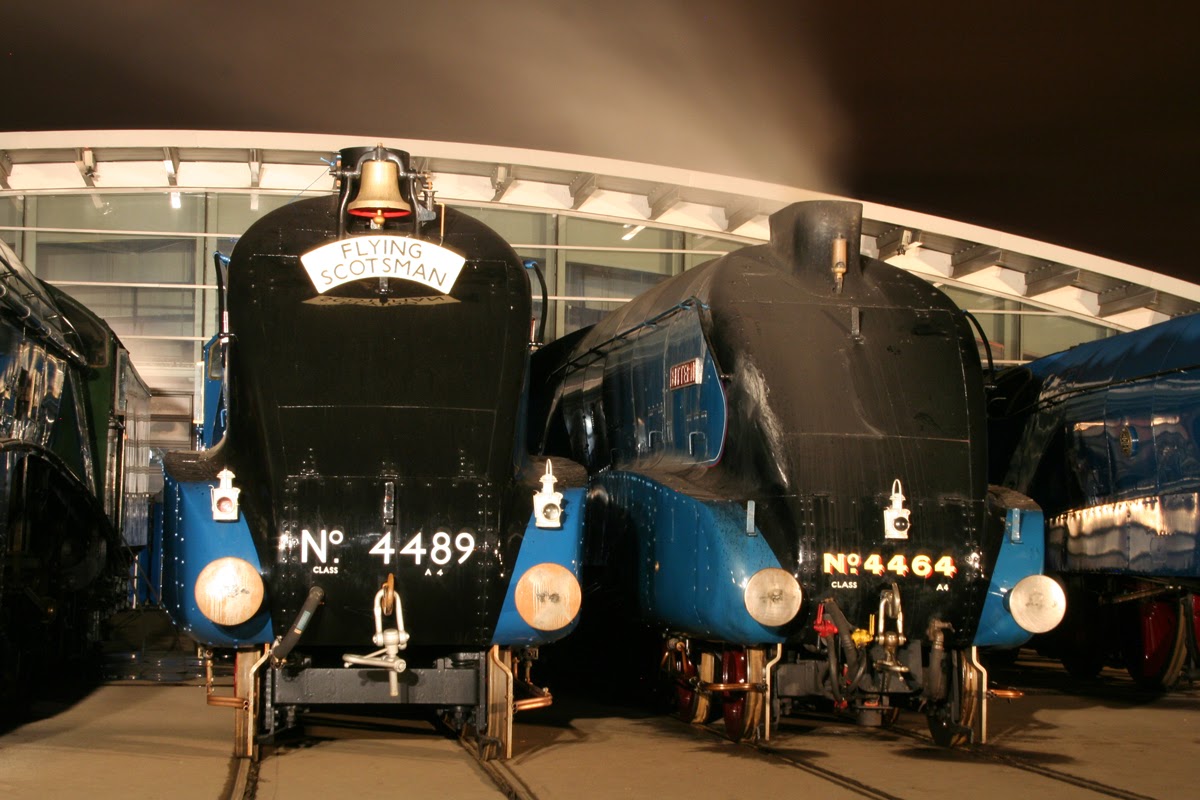 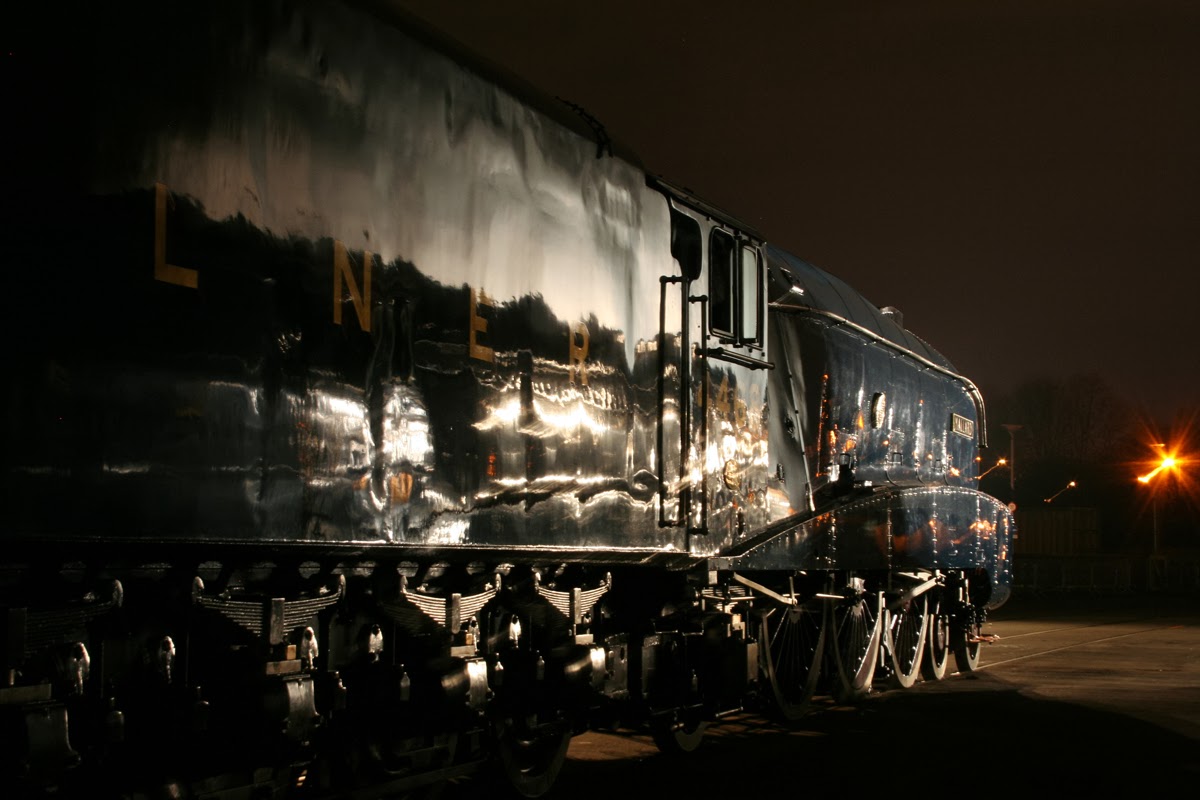 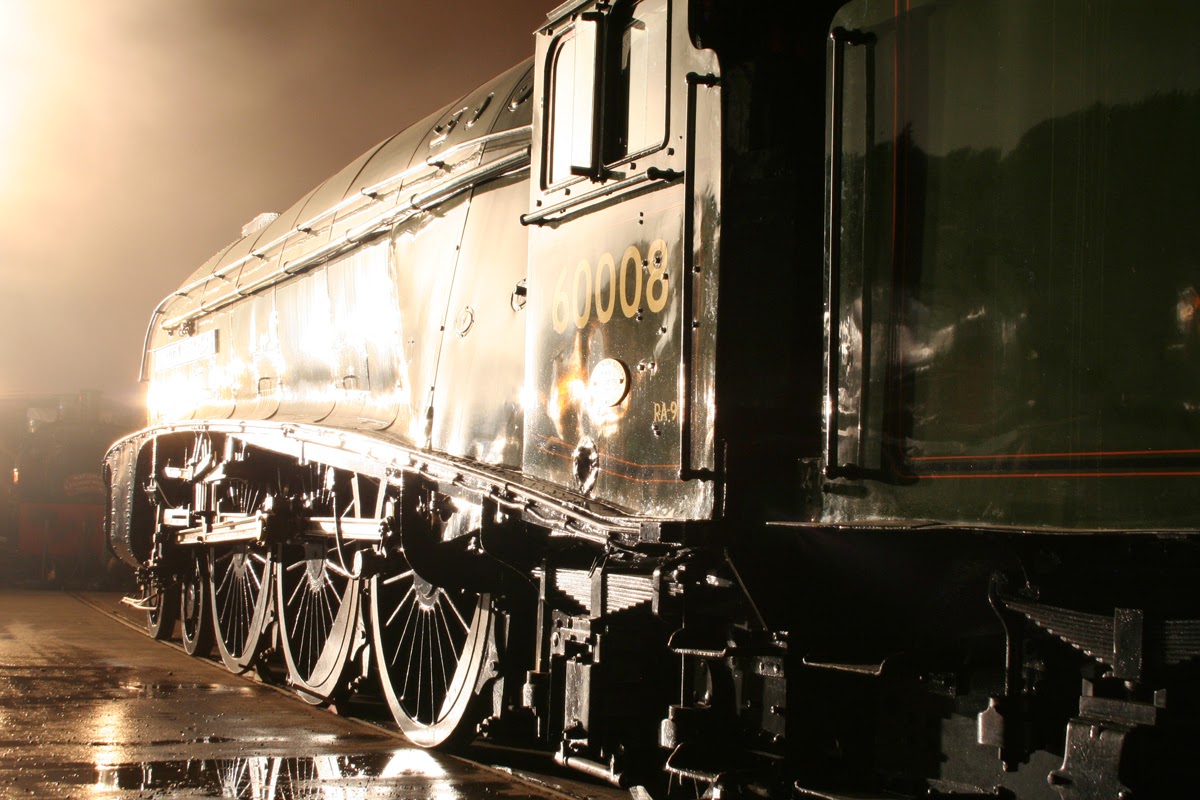 Despite all the recent rain there was not really enough water in the puddle to give a decent reflection of 60008. 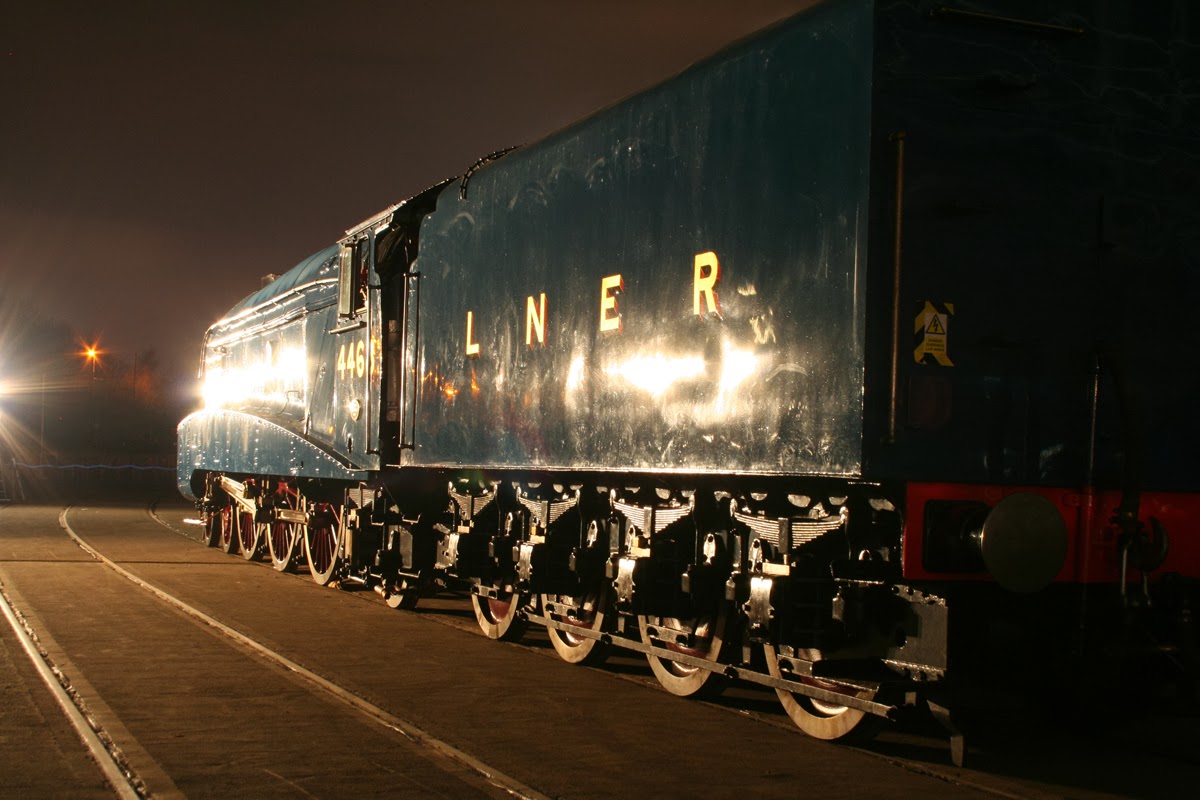 The opposite side of the record breaker.

And finally another postscript, this time recent feature on the blog of the diversionary route between Sheffield and Chesterfield due to embankment problems, Paul has provided the following. 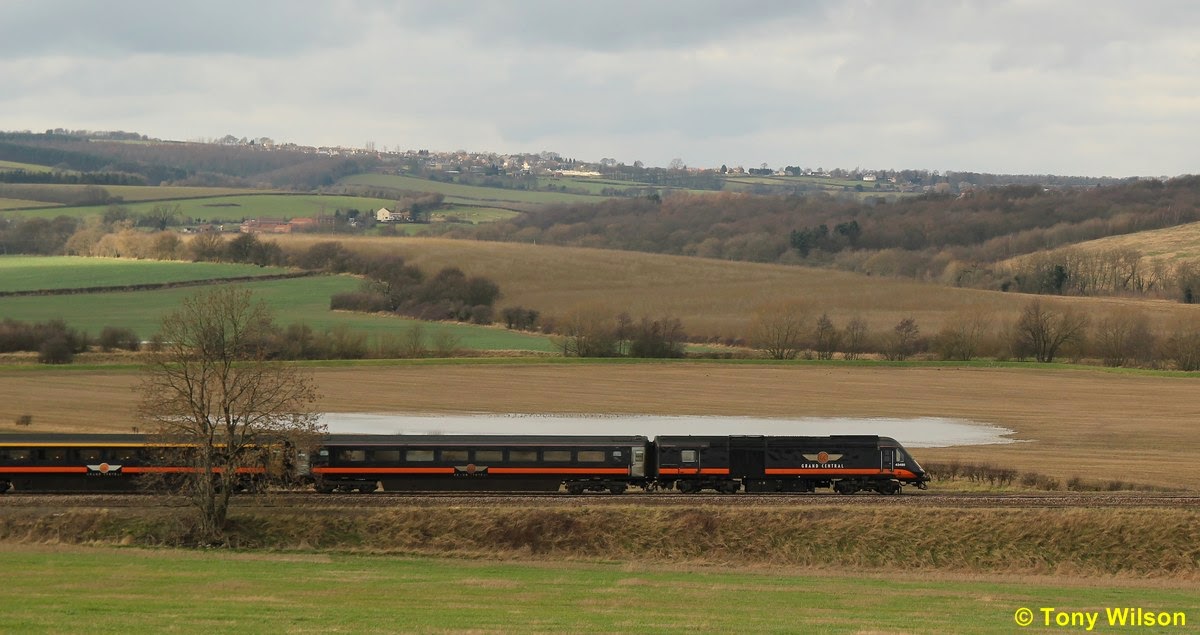 Does that angular frontal design remind you of anything?