Nottingham City Transport’s ‘Trojan’ bus will be out on the road again this half-term, with its ongoing aim of reducing incidents of bus vandalism in and around the city.
The ‘Trojan’ bus has been running for several years and looks like a normal NCT bus, except its windows are made of toughened glass and its passengers are plain-clothes police officers. NCT runs the bus in partnership with the Police and the Respect for Transport campaign and its outings during half-term follow recent reports of stones being thrown at local buses hitting the headlines. 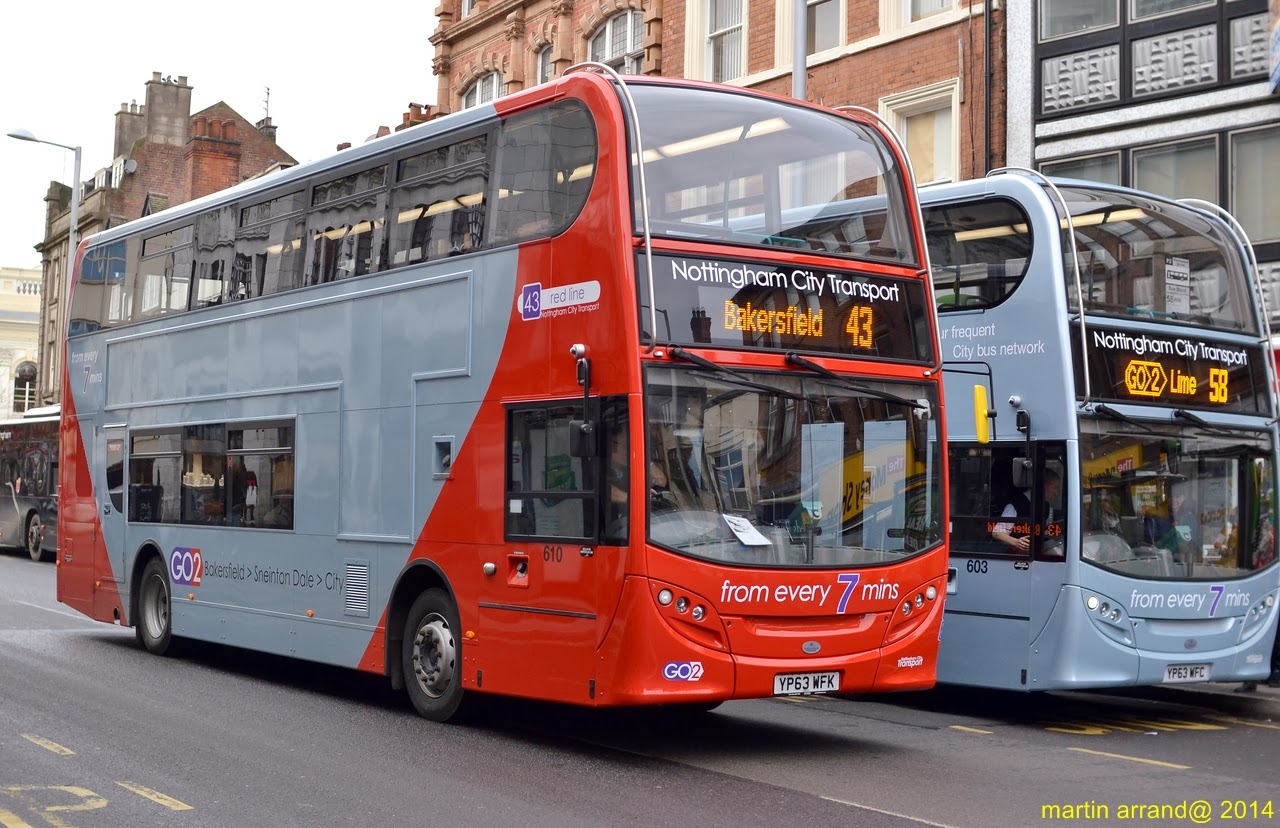 “We’d like to reassure our passengers that vandalism or attacks on our buses actually occur very rarely, and incidents like these have in fact been in sharp decline for the last few years,” says NCT Marketing Manager, Anthony Carver-Smith. “NCT runs over 38,000 journeys per week – the overwhelming majority of which run smoothly and trouble-free. The regular outings of our Trojan bus, together with our work in schools through the Travelsafe programme, have led to us recording just 50 acts of vandalism last year compared to nearly 200 a few years ago.”
“This sends out a strong message to anyone thinking of engaging in such dangerous, criminal activity and we’d like to thank the Police for their continued partnership work with us,” adds Anthony Carver-Smith. 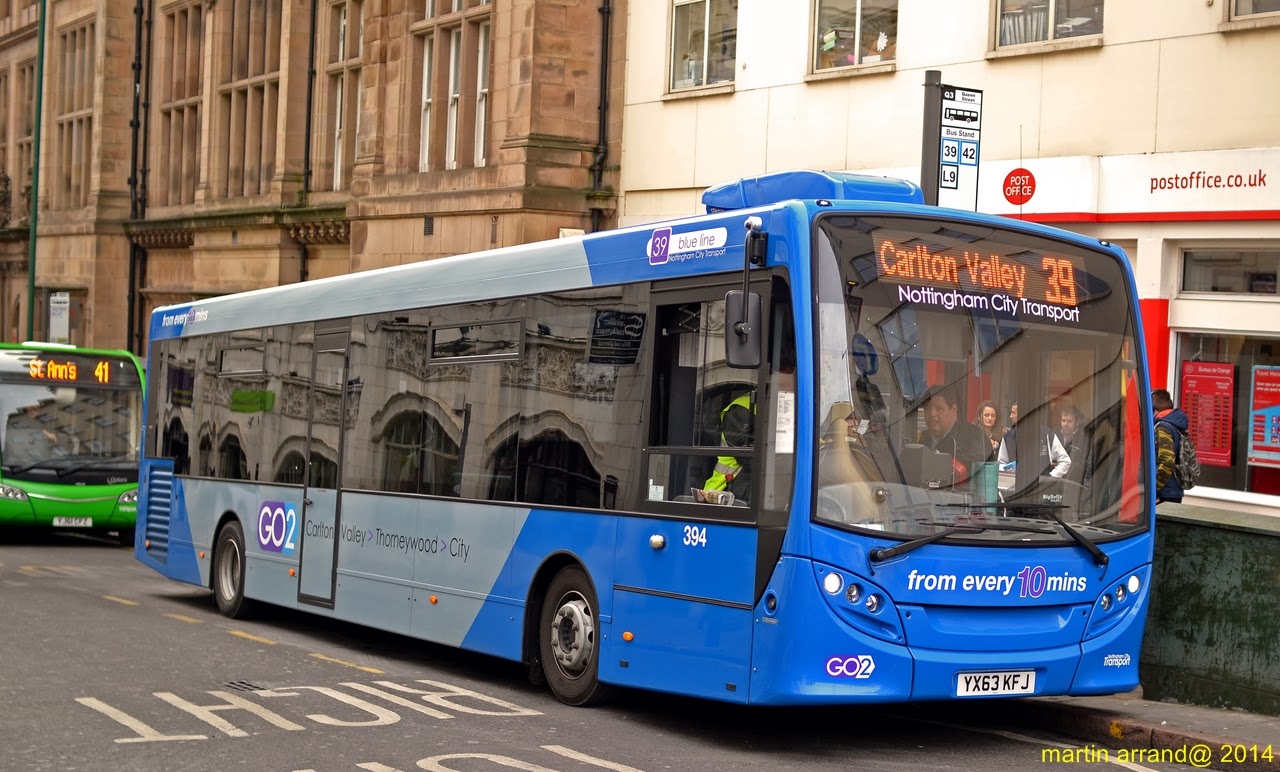 As well as the Trojan bus being out on the road, would-be trouble-makers should also be aware that police have recently identified three young boys aged 11, 12 and 14 for throwing stones at a bus on the Orange Line 35 just before Christmas. Their parents have been contacted and the boys will now be working with local officers to make up for their actions.
CI Shaun Ostle, from Nottinghamshire Police said: “Passengers and bus drivers have a right to use public transport and to remain safe. For those who think that throwing things as moving traffic or damaging buses is acceptable, they should know we will be working closely with Nottingham City Transport and will be looking to take action against anyone who carries out such irresponsible action. Throwing items at moving traffic not only damages vehicles, but it is extremely dangerous as it could have a serious impact on other road users resulting in serious injury or even fatalities.” 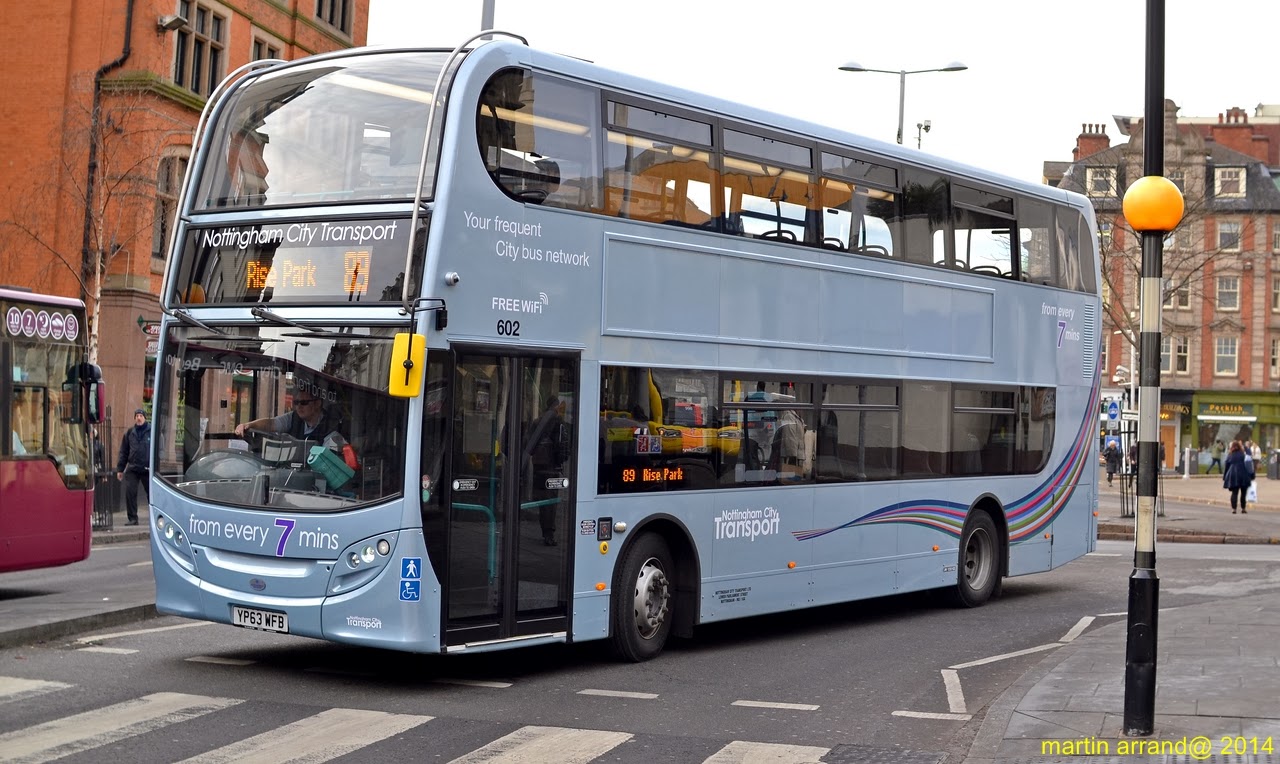 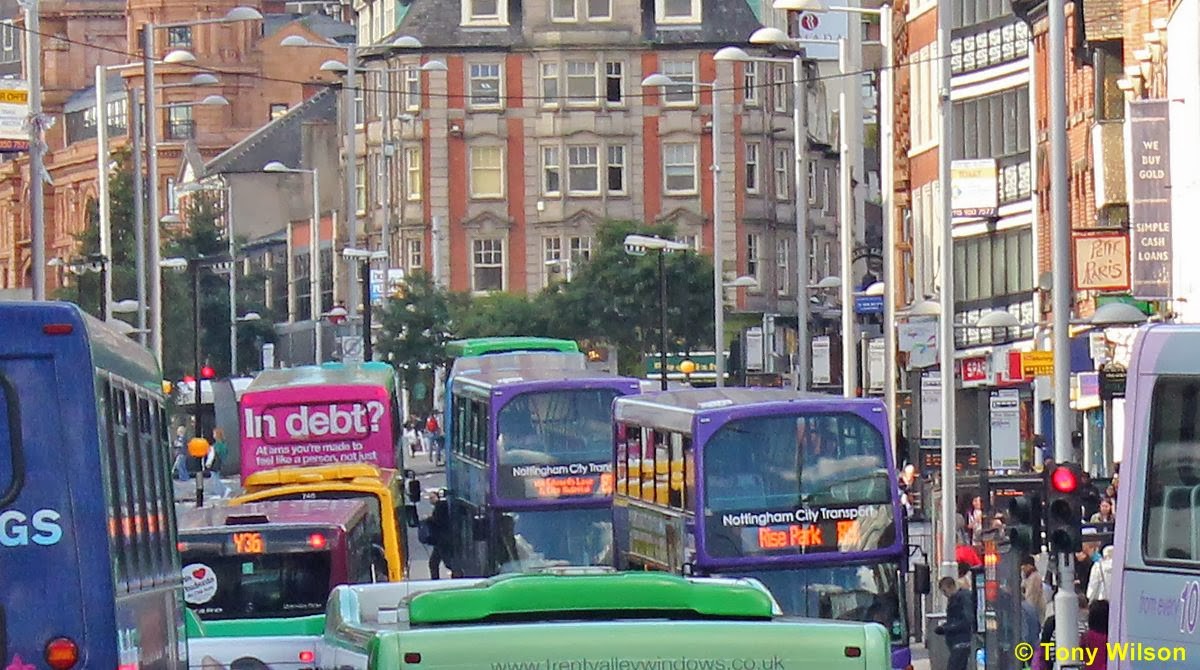 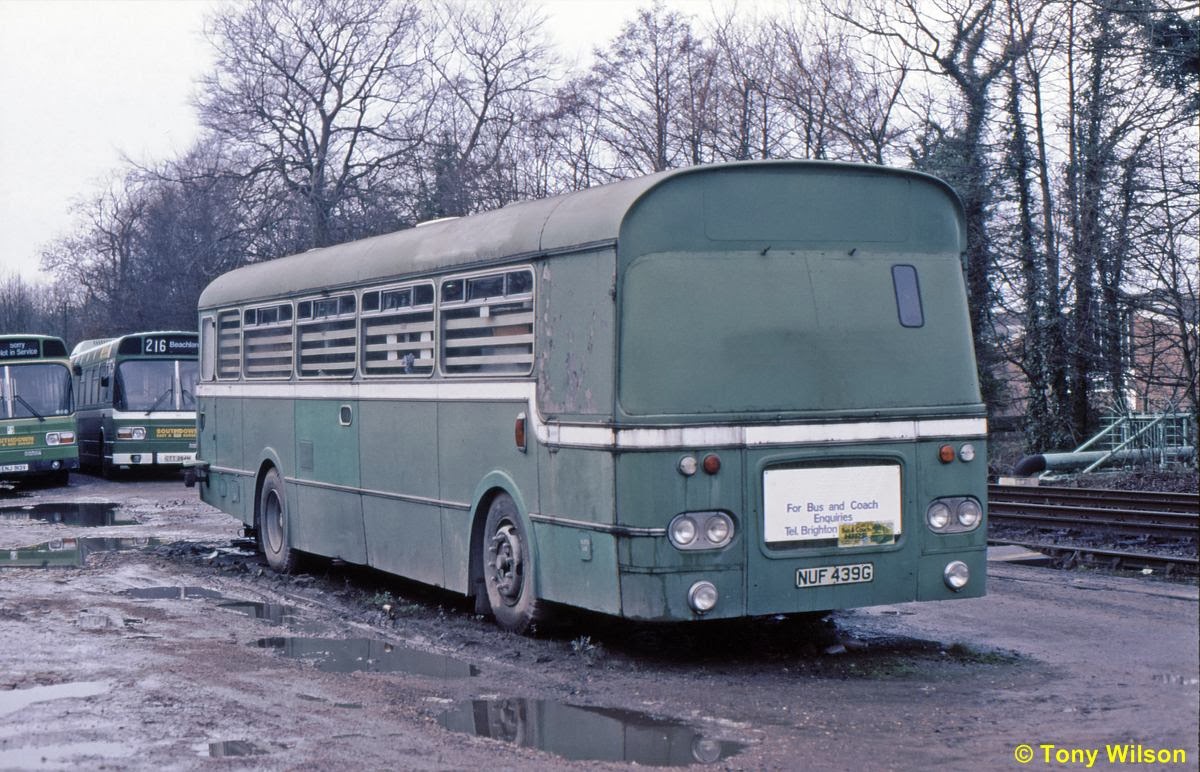 And we doubt it will look anything like this either!

It has been reported that on Saturday the silver liveried 'New Routemaster' LT 150, was out and about in London on route 148. 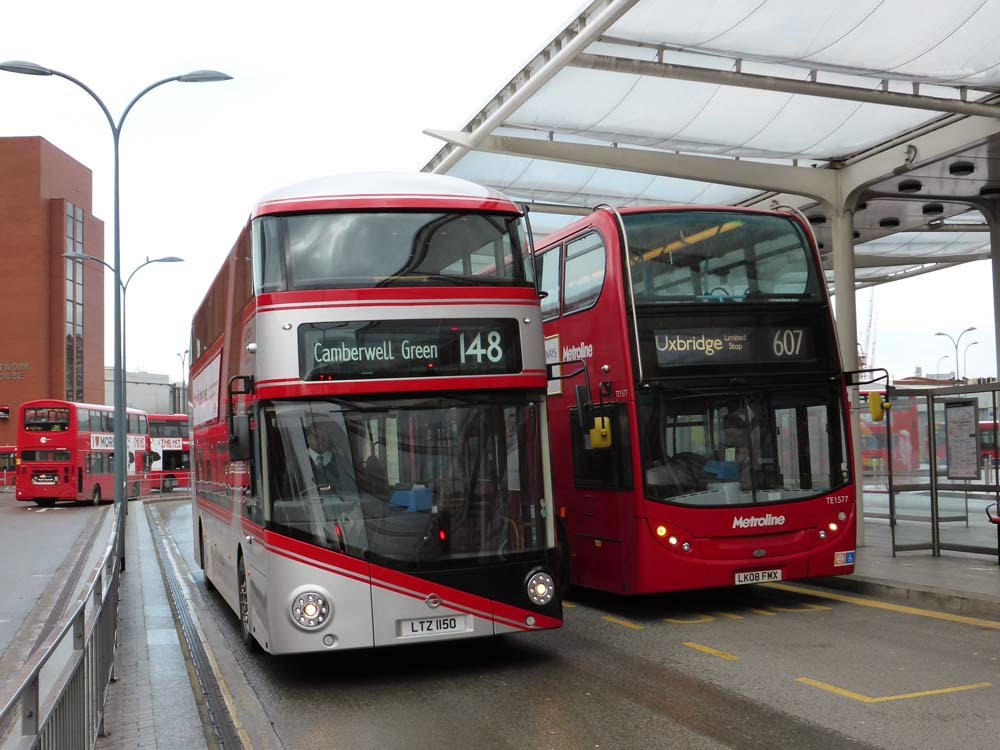 Some yellow legal lettering has now been applied. It poses the question how heavy is red paint?
As according to weight information displayed on the side of the bus, it must comprise some 90% of the vehicle weight?  The new legals note the unladen weight as 1220kgs, some 90% lighter than a standard London United NBfL at 12230kgs. 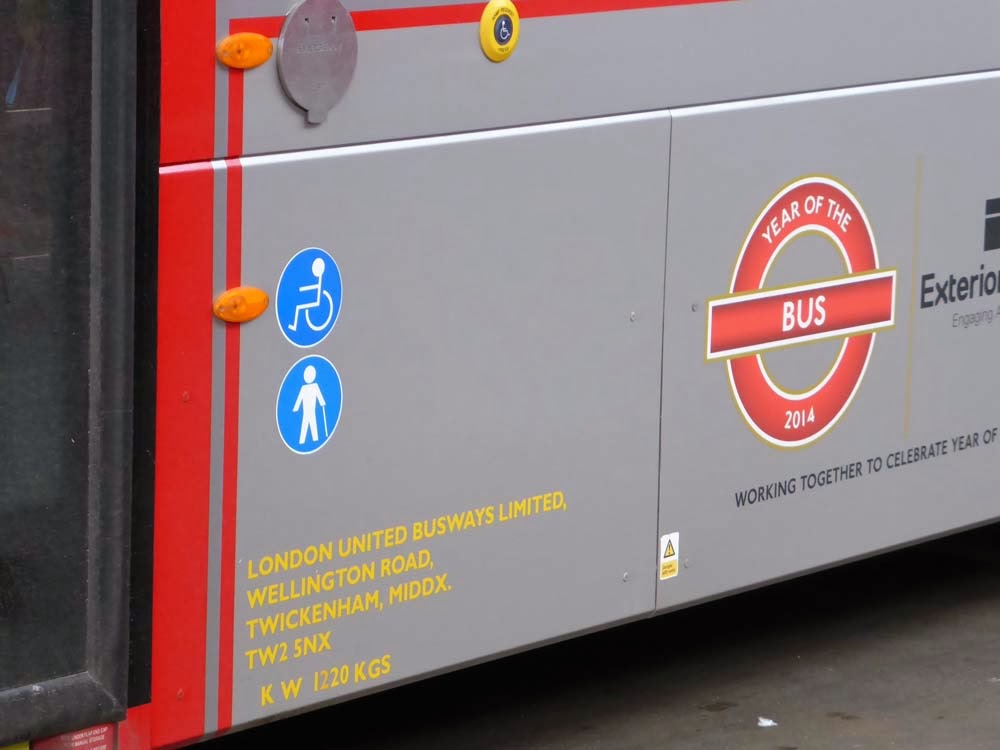 Images attributed to a source