Passenger satisfaction with bus services in Tyne and Wear has jumped to 90%, according to new independent research. 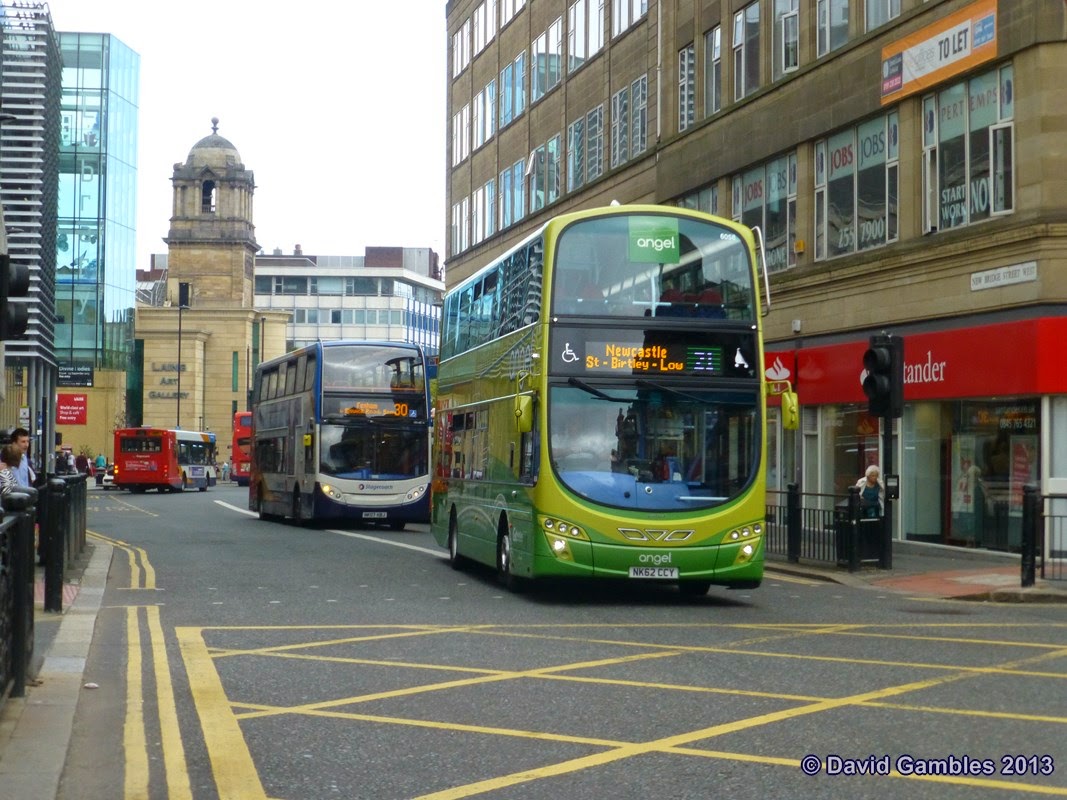 Figures from consumer watchdog Passenger Focus show satisfaction has increased by 3% from last year's already high rate of 87% as bus operators continue to invest in new vehicles and improved services.
The latest survey of around 34,000 passengers across the country shows
that satisfaction with bus companies in the North East is higher than the national average of 88%.
Tyne and Wear bus passengers rated their bus services better than the national average across the three key customer measures of value for money, bus punctuality and on-bus journey time.

Ratings in Tyne and Wear across all of these factors are even higher than 12 months ago.
Customer satisfaction in Tyne and Wear is also higher than any of the five other major metropolitan
areas of England, including Greater Manchester, Merseyside, the West Midlands, South Yorkshire
and West Yorkshire.
It is also significantly ahead of bus satisfaction in London. The most recent Transport for London
data shows that overall satisfaction with buses in the capital is at 83%, 7% below the satisfaction
rating of bus companies in Tyne and Wear.
Bus operators today called on Tyne and Wear passenger transport executive Nexus to work in
partnership with them to make good bus services even better.
Kevin Carr, Chair of the North East Bus Operators' Association, said:
"These results are a real thumbs-up from people in Tyne and Wear that bus companies and bus
workers are delivering good services and improving the quality of the bus network in the region.
That is why Tyne and Wear has one of the best used bus networks in Britain.
"But we don't want to stand still - we want to make bus travel in the North East even better. We
have put forward a package of proposals to Nexus that will allow us to build on the excellent bus
network we already have and take it to the next level.
"Partnership will deliver more multi-million-pound investment in new greener buses, smarter
ticketing, better value fares, and more involvement for the local community in the development
of their bus services. It will also save local taxpayers hundreds of thousands of pounds. We hope
local politicians listen to what bus passengers are saying in this survey and work with us to get even
more people back on board the bus."

The Stagecoach press release here  shows they were the overall top national operator for the key customer measures of value for money, punctuality and on-bus journey time.