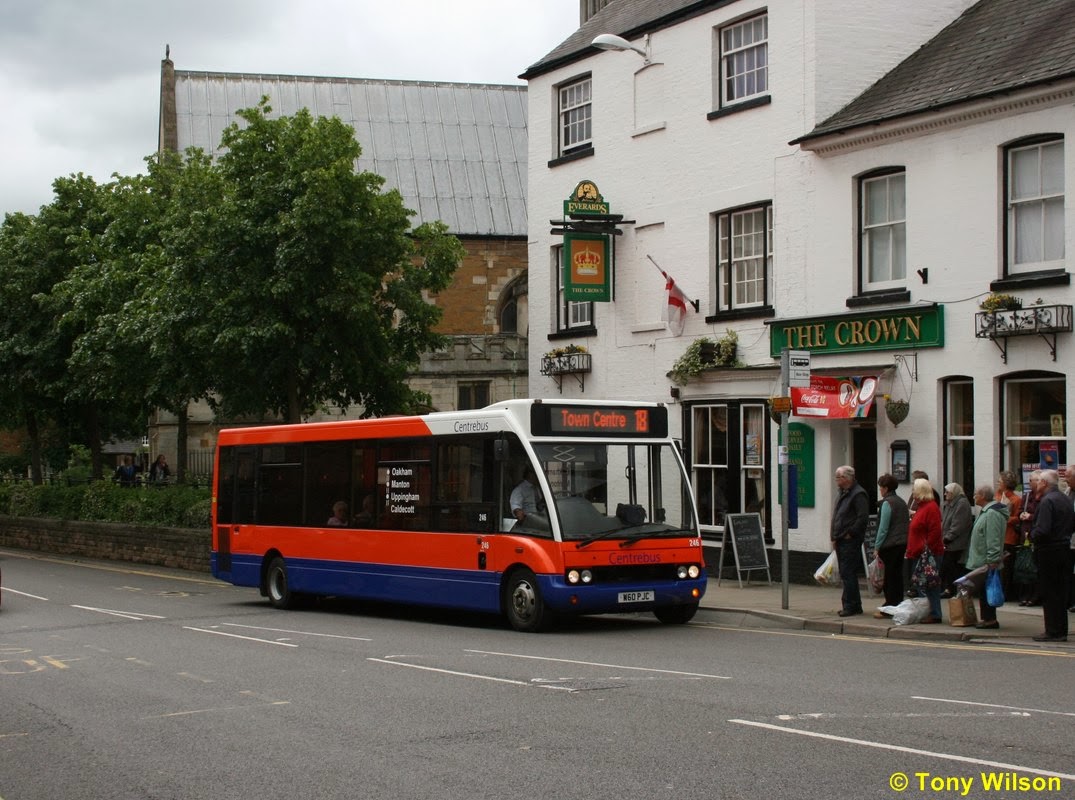 Elderly and disabled passengers could lose vital bus services because of cuts in government funding, councils in England have warned.
The Local Government Association (LGA) says support for the concessionary fares scheme has been reduced by over a third since 2010.
Under the scheme, councils have to provide free off-peak travel for those aged over 62 or disabled.
The government says it provides funding to meet subsidised travel costs.
Local authorities say the funding from central government for concessionary fares has been cut by £261m since the coalition came to power.
Now councils say they are forced to subsidise the scheme, often by cutting back on other local transport services.
It is a particular problem for county councils trying to provide relatively expensive rural bus routes and school transport.
'Undeliverable'
Some authorities are now stripping back rural bus timetables, or cancelling free travel for elderly and disabled passengers during peak hours.
Free home-to-school transport is also under threat in several areas.
Leicestershire's Conservative councillor with Cabinet responsibility for transport, Peter Osborne, said: "The local government spending squeeze means what is required by law is undeliverable unless county councils put in extra subsidy. Is it fair that a ratepayer is subsidising what government should be paying for in the first place?"
Oxfordshire, Cumbria, Somerset, Dorset and Buckinghamshire are also looking at ways to reduce the cost of their local bus routes. Their plans involve a mixture of cutting school buses and withdrawing less popular routes, the LGA said. 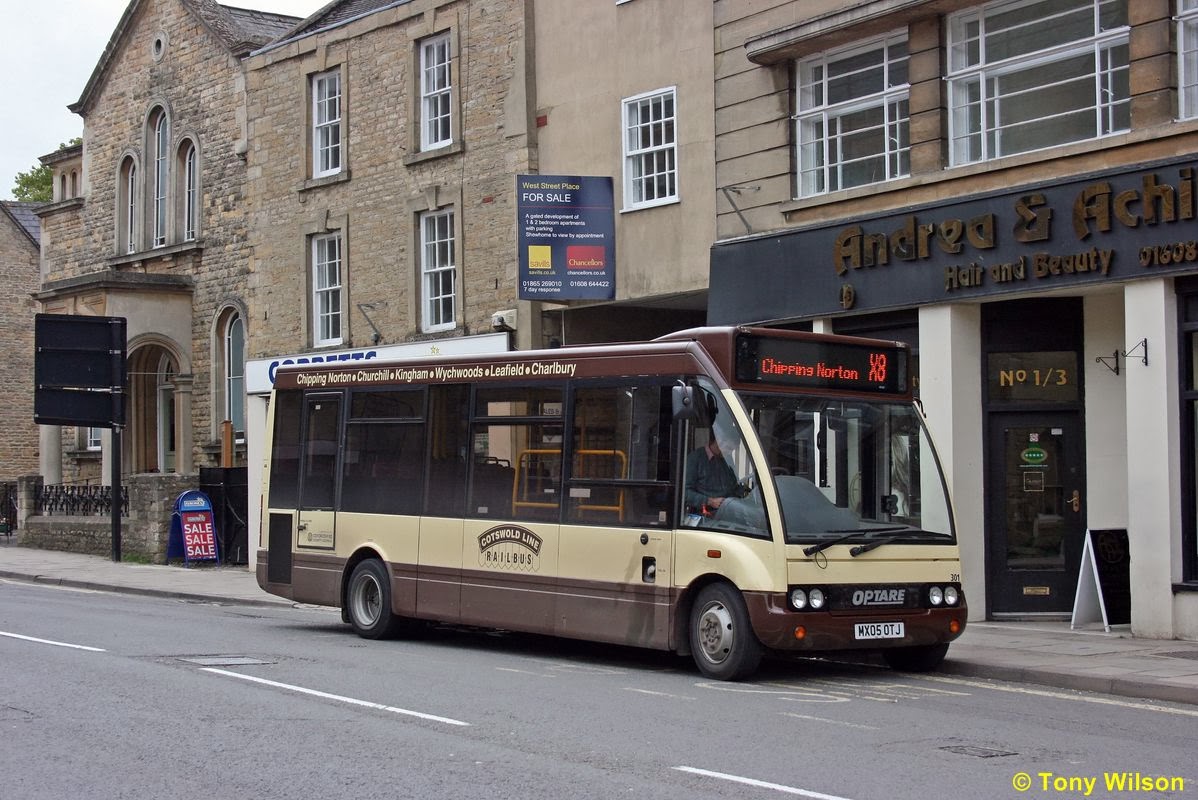 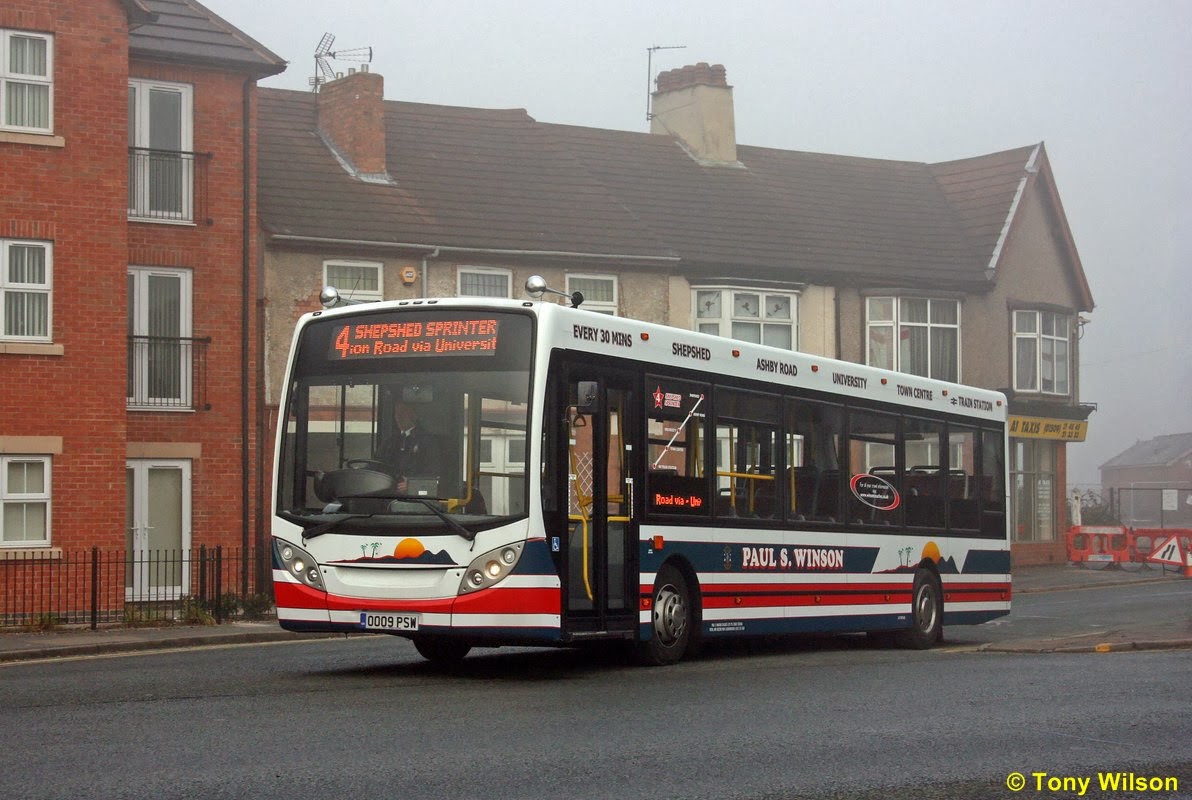 Councils say the problem compounded by the fact that demand is increasing.

The ageing population means that a third of all bus journeys are by the 10 million older and disabled people who receive concessionary bus passes.
Councils are increasingly looking for alternatives to regular scheduled buses - particularly for the more remote villages.
Some authorities are promoting car sharing schemes and "dial a ride" community transport services.
Councillor Peter Box of Wakefield, who chairs the LGA's Economy and Transport Board, said: "The concessionary fares provide a lifeline for our most vulnerable residents...but it is now under real threat."
A spokeswoman for the Department for Transport said: "We know that bus services are vital for many older and disabled people. That is why the right to free travel is enshrined in law, and government provides funding to meet the cost of subsidising offpeak travel for these groups.
"In addition, the Department for Transport provides funding to bus operators to help more services run and keep ticket prices down. The current level of this funding is protected until 2015/16."


Free bus passes will not be valid on the city’s PR3 service to the Royal Devon & Exeter Hospital.
The decision has been taken despite 83 per cent of those who took part in consulatation were against the the idea.
Devon County Council will exclude the service from the scheme so the National Bus Pass will not be valid for free travel on the service.
However, the bus company has decided to offer a special return fare of £1.20 to national bus pass holders.
More than 2,300 people responded to county council’s consultation about public transport, with the majority supporting proposals to make budget savings.
Tourists and visitors are also set to have their free bus use cut, The results of the consultation, which will be put into operation from April 1,
The National Bus Pass will stop being used on services running mostly for tourists. This includes a number of summer services including the 82 Exeter-Tavistock “Transmoor Link”
The pass will not be valid on special bus services 77, 78 and Service C to Exeter Chiefs matches at Sandy Park;
The pass will not be valid on services that are bookable in advance, such as day trips run by some community buses;
Free travel will allowed before 9.30am, only when there is no other bus before 11.30am instead of 11am;
-The cost of replacing a lost Bus Pass will rise from £8 to £10. The County Council replaces nearly 2,000 lost passes per year
The cost of travel for students over the age of 16 on County subsidised services in northern Devon will rise from £396 to £500 a year, bringing them in line with charges for all over-16 students across the rest of the county.
All of these proposals will go ahead from 1 April 2014.
Devon County Council’s Public Transport Service has needed to make savings of just over £760,000 during 2014/15. More than £655,000 of savings, had already been achieved mainly through efficiencies in the administration of the Concessionary Bus Travel scheme.
Councillor Stuart Hughes, Devon County Council Cabinet Member for Highway Management, said: “A number of people who responded to the survey suggested the introduction of a nominal fee for a bus pass, making the bus pass means tested, or make a small contribution towards bus fares. However, Devon County is not able to follow any of these suggested changes as, under the legislation, any of them would have to come from central Government.”

As a result of funding cuts to the All Wales Concessionary Travel Scheme by the Welsh Government, Cardiff Bus has announced reductions to several bus services across its network and changes to a selection of prices in its ticket range. From 20 April 2014, the operator is to reduce the frequency of several of its early morning, late evening and weekend services and a number of services are also being withdrawn. Earlier this month, the Welsh Government confirmed a three year funding package of £189m for its free bus travel scheme across Wales, which is a cut of over 11% from the £213.3m package provided over the past three years.
Fare changes include a single journey in the ‘Cardiff to Go’ area increasing by 10p, while day tickets will increase by 10p if purchased via the iff app and by 20p if purchased on the bus. In the ‘Cardiff to Go Plus’ area single fares will increase by 10p and day tickets will increase by 30p if purchased on bus or 20p if bought via the iff app. The decision to reduce services comes after Cardiff Bus confirmed it is in consultation with union partners regarding job losses because of the impact Welsh Government cuts are having on the organisation.
Additionally, Cardiff Bus is to close its customer service centre in Wood Street on 29 March 2014. The decision was taken as a result of a business review and in light of impending developments to the city centre. Services provided by the centre, such as ticket sales and passenger information, are now available from the company’s head office or on line.
MD of Cardiff Bus, Cynthia Ogbonna, said, ‘The result of the latest cut in funding is that some of our routes will not cover their running costs, which means that these services are not sustainable. We have been careful to ensure that the impact on users is minimal and tried, where possible, to ensure that no area of the city is without a bus service within a reasonable distance. Most of the reduction in frequency relates to early and late services, especially at weekends where travel habits have evolved. We are also having to increase fares for the first time in two years. While a large proportion of our tickets will not be affected, the cost of single and day tickets will be increased. We have introduced cost cutting measures across the whole organisation, which includes job cuts. Withdrawal of services and reducing frequencies are taken as a last resort. These are unfortunate, but necessary, measures to safeguard the long-term viability of the company and the comprehensive network of services we offer. We remain fully committed to providing a high quality bus service to the citizens of Cardiff and surrounding areas.’ 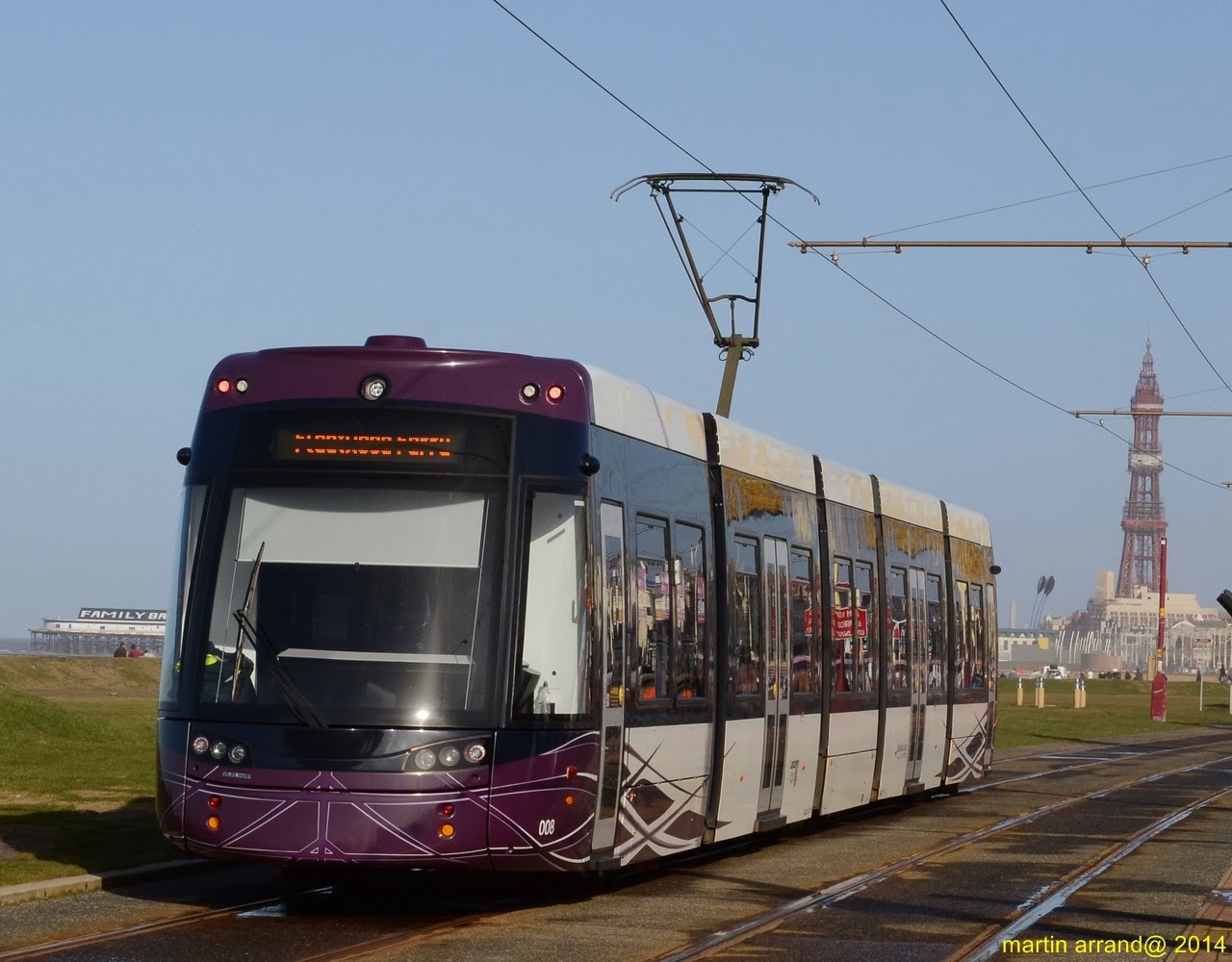 Martin Arrand had a day out in sunny Blackpool earlier in the week and a selection of images can now be viewed here
Being Blackpool though one does think of a certain form of transportation along the promenade. After a major refurbishment of the system, a whole new fleet of trams now provide a daily service from Fleetwood to Starr Gate, along with a new depot to house them near to the Pleasure Park. The vintage tramcars have not been replaced completely, but only operate nowadays a limited summer service.

And also. With the disruption on the Midland Mainline owing to the landslip at Unstone, due to be completed by the weekend, Colin Sellers has provided a recent viewing of the offending area, along with a few more images from the diversionary route. The can also be viewed here