Against all the odds Seaton Tramway has overcome huge physical hurdles to repair its track in record time after the devastating storm on Valentine’s night which washed away half a mile of track and flooded the company’s Riverside Depot.

With only hours to go until the attraction was due to open for February half-term, staff were horrified to discover the devastation that had been caused by a combination of high winds, tides and abnormal river levels. Not only did they have to suspend the service to visitors but had the added problem of having to work from flooded offices. Managing Director, Jenny Nunn, said at the time that “unlike the poor people on the Somerset Levels, at least we had warm, dry houses to go home to!” 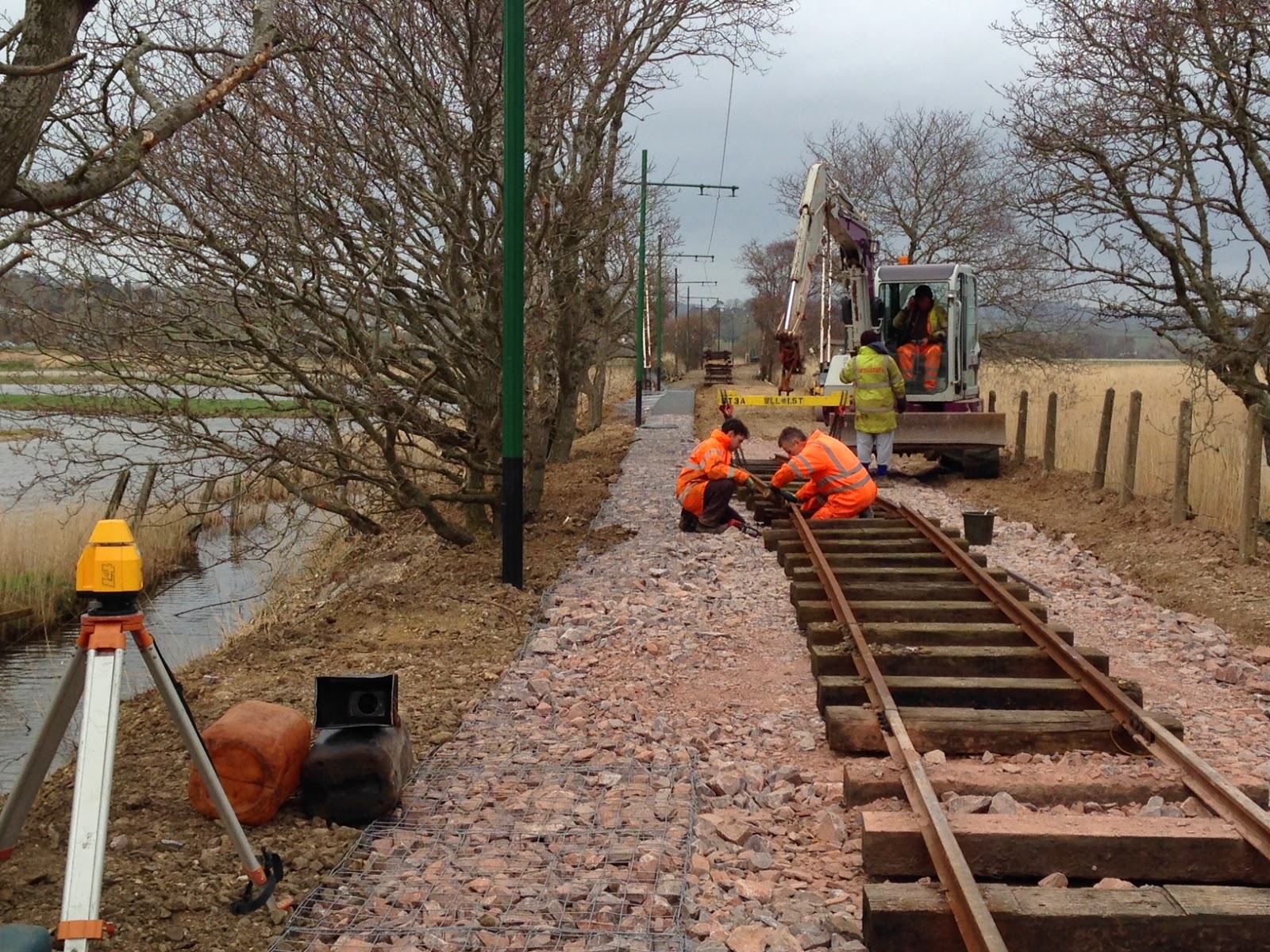 A concerted effort has been made by staff at the Tramway and contractors, Axminster Excavators, to get the track fully open again in time for daily service which starts on 29th March. Much like the line at Dawlish, parts of the damaged rail and track were salvaged and removed for diggers and rollers to access and level the site. In total over 600 tonnes of fill and ballast were brought in by road and then transported along the line to the site of the damage, compacted and then the track relayed and packed on top.
Jenny went on to say that “it seems difficult to comprehend that, what the storm took away in a matter of hours, has taken six weeks to put back and even now work will continue after we re-open on Saturday to ensure the track can withstand any future incidents like this. Now we’re looking forward to getting back to the real job which is running a tramway and welcoming visitors from far and wide to take this unique trip along this much-loved route by the River Axe.”


On another note, later on Friday afternoon trams 6 and 8, which were transported by road when the damage first occurred to keep the service running between Colyton and Colyford, will be brought back to the Tramway’s Riverside Depot to re-join the rest of the fleet before service commences at 10am on Saturday 29th March.