Stagecoach Supertram has announced that it is freezing fares on its tram tickets in Sheffield to
reflect the next phase of rail replacement works taking place across the network this year.
The price freeze will take effect on single tram tickets, as well as tram and bus dayrider and megarider tickets, meaning customers will continue to benefit from the same great value fares that they currently pay. 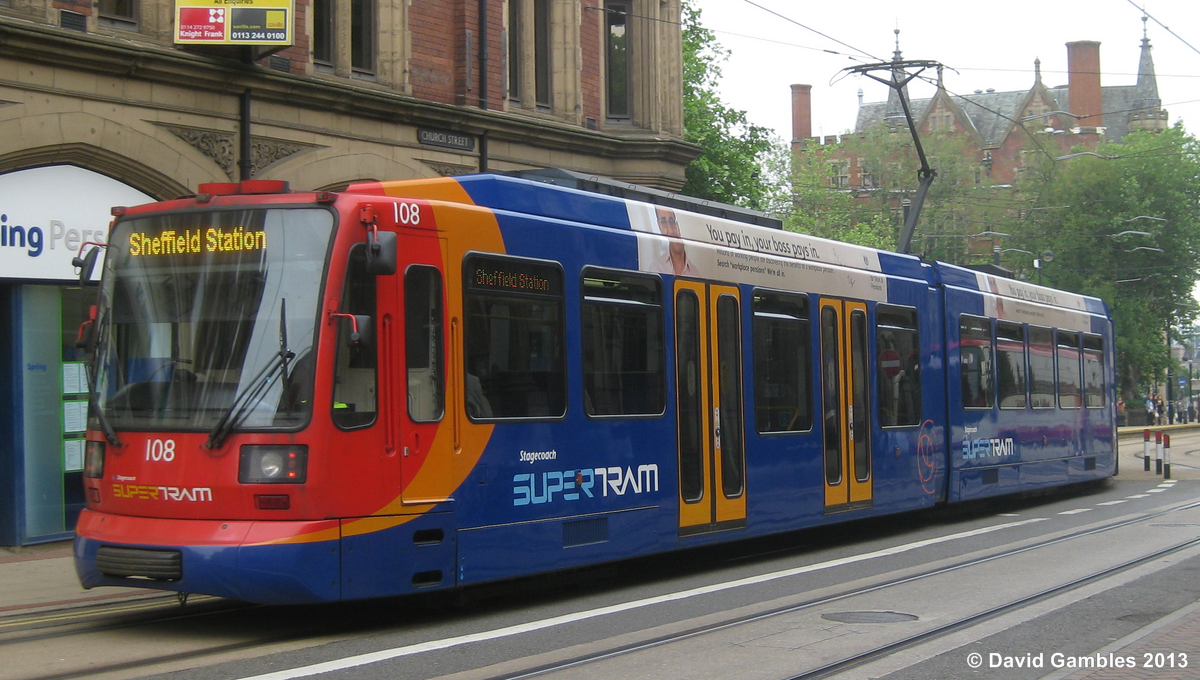 In addition, Supertram has launched a 25% discount on its 13-week tram megarider ticket which has been reduced from £131 to £95 and offers unlimited tram travel for just £7.31 per week. This offer is available online from now until 22 June 2014 and reflects the continued track improvement works being carried out across the Supertram network this year which will impact some customers.
As announced last week, Supertram is also reducing the price of its tram-only child weekly megarider ticket and, along with bus company Stagecoach Yorkshire, is also introducing several new child tickets. These will be available from 30 March 2014 for young people with a South Yorkshire Megatravel pass or a 16-18 student pass and will offer unlimited weekly bus and tram travel for just 78pence per day.
More details about the new child tickets are available at www.supertram.com
Supertram Managing Director Margaret Kay said: “These price freezes are a real boost for our customers. Lots of people will benefit from the continued great value fares that we offer, particularly those who use our services most frequently.
“We are mindful that the on-going rail replacement work will have an impact on some customers over the coming months and we want to show our gratitude for their patience and understanding during this work.
“The improvement works will benefit all tram users by ensuring the system is fit for purpose for the long-term and we look forward to attracting even more people on to our greener, smarter services in the future.”
Tram network owner South Yorkshire Passenger Transport Executive (SYPTE) and system operator Stagecoach Supertram are funding the project, with the majority of work being undertaken during the next four years at an estimated capital cost of £32million. A £5 million grant has been provided by DfT for the initial phase.
The first stage of the project was completed in 2013 by contractor VolkerRail, and saw almost 5,000 metres of rail replaced between Spring Lane and Park Grange Croft tram stops.
The next stage of the works, which begin on Saturday 29 March in the Hillsborough/Malin Bridge area of the city, will see VolkerRail continue to replace worn out sections of tram track across the whole of the Supertram network. The work is expected to continue until September.

The majority of the Supertram network will be open for business as usual and in the affected areas, bus replacement services will be in operation to minimise the disruption to passengers as much as possible.