TRAINS ON STAMPS & A BRIEF ENCOUNTER

Locomotive No. 5652 is pictured heading a coal train in Merthyr Tydfil

A set of stamps celebrating four of Wales' classic steam locomotives is being unveiled by Royal Mail.
The Hunslet No. 589 Blanche on the Ffestiniog Railway will be featured, along with the LMS 7720 which ran between Gwynedd and Anglesey.
Two other stamps feature "The Earl" steam train in Welshpool, Powys, and another pulling coal in Merthyr Tydfil.
Royal Mail said the locomotives had contributed to the economic life of Wales.
The four stamps - a first class stamp and three international stamps on sale at selected post offices from 20 February - are the last in a series which also celebrated engines in England, Scotland and Northern Ireland.
The set includes:

The Hunslet No. 589 Blanche is pictured in Porthmadog, Gwynedd


Volunteers on the Ffestiniog and Welsh Highland Railway at Porthmadog have been "sprucing up" the Hunslet No. 589 ready for the launch.
Spokesman Andrew Thomas said: "We are delighted to be helping Royal Mail launch the stamps and highlight the work that volunteers do to ensure that their history is preserved and enjoyed by thousands of visitors every year."
The new set of stamps is designed to celebrate the "work horses" of the railways, before diesel and electric took over.
Philip Parker, Royal Mail Stamps spokesperson, said: "These new stamps pay tribute to the locomotives and their crews which contributed to the economic life of Wales."


Quite by chance one of the Focus Transport team was recently in the right place at the right time for a photo opportunity. Passing through Ripley he noted a steam engine and tender on low loaders about to be transferred onto tracks at the Midland Railway Centre. Thus with camera in hand a set of images were captured including the tender from lorry to line, which can now be viewed here
However, time constraints meant he had to depart before a similar movement occurred with the main element, steam engine number 46521. But enjoy what was able to be seen 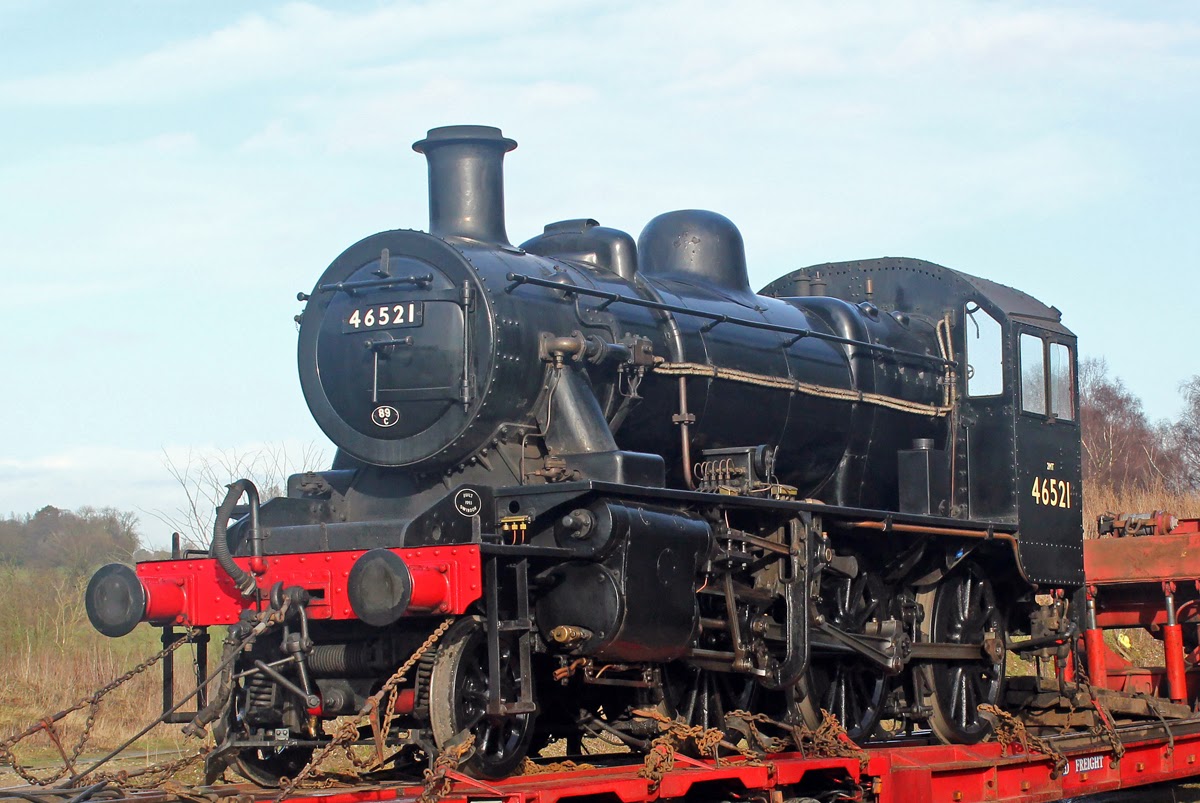 Unfortunately there was an incident with her a while ago, which was reported on this website in May 2013 and details can be viewed here