The main railway line through Dawlish in Devon reopened on the 4th April, after part of the track was destroyed during winter storms.
The track was swept away with part of the sea wall in early February, cutting off the service linking Cornwall and much of Devon with the rest of the UK.
A 300-strong Network Rail team has rebuilt the track at a cost of £35m.
At London's Paddington station, sticks of rock were given out to celebrate the line reopening.
They were labelled: "Welcome back Dawlish. The orange army has rebuilt the railway."
Controlled landslide The first passenger train on the line was the 05:34 BST from Exeter to Paignton.

Prime Minister David Cameron hailed the reopening as "a great day".
The sea wall of the coast-hugging line at Dawlish was breached on 5 February, leaving tracks dangling in mid-air. Repair work was under way before being hampered by another severe storm on the night of 14th February when huge waves damaged a line of shipping containers forming a breakwater and punched a new hole in the sea wall. 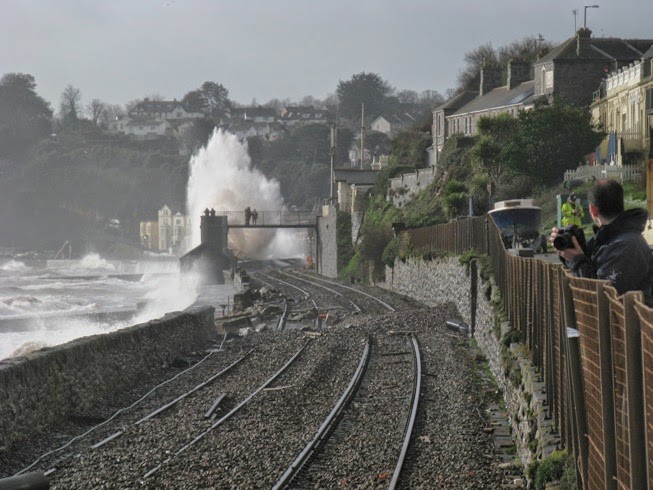 Then, on 4th March, engineers discovered 25,000 tonnes of a cliff face near Teignmouth just south of Dawlish had sheared away above the line.
It resulted in water jets being used to pummel the cliff face to create a controlled landslide.
Contractors created new 3.5m (11.5ft) deep concrete foundations into the breach in the sea wall before the track was re-laid.
'Very solid' In total, £15m was spent repairing the area outside Dawlish station where track had been left dangling.
It cost an additional £20m to repair tracks either side of the town.
Andy Crowley, from contractor Amco, said: "The amount of concrete that's gone in there, that will be there for at least 200 years, beyond a shadow of a doubt."

What the sea did to Dawlish seems unthinkable when you look at how things were before the storm.
The line, dangling in the air, was suddenly a dangerous place.
Engineers began improvising, using the old track to protect the seafront.
The second storm on 14th February was also extremely violent and the breach grew.
Network Rail's contractor says the new concrete sea wall will be there for another 200 years.
Julian Burnell, from Network Rail, said the repair of the breach was "very, very solid".
Network Rail chief executive Mark Carne said: "Our army of engineers has done an amazing job of putting back together a railway that was ravaged by the elements.
"They have overcome every obstacle thrown at them, winning many battles along the way to restore this critical piece of the network, ahead of schedule, and in time for the Easter holidays."
He thanked "hugely supportive and patient" local communities and businesses.
Network Rail is now looking at creating a new inland route as a back-up to the Dawlish line.
Sir Tim Smit, founder of Cornwall's Eden Project, said the closure demonstrated the need for south-west England to have better infrastructure.
He said: "One of the problems I think we face down here is a sort of political inertia.
"Because we don't have, if you like, the levers of power to make us seem important enough, we get viewed by the capital as if it's still at the old days of the Cornish Riviera, with a few nice things to do for people who've got wealth to come down and have holidays.
"But actually it's a really thriving place. I mean, it's one of the hubs of the creative industries in Britain. Yet you wouldn't know that the way we're talked about".

On the same day as the works down at Dawlish were completed another kind of weather-related element was coursing its way across much of England and Wales. This time it was not the sea that caused the problem but a mixture of European pollution and Saharan Desert sand. Both elements had been blown across by southern and south eastern winds and combined with our own home grown pollution, a type of smog was created.
Two images here provided by Russell Young taken from a central London location, show the skyline shrouded in the mist and murk, although a view towards ground level shows virtually clear. 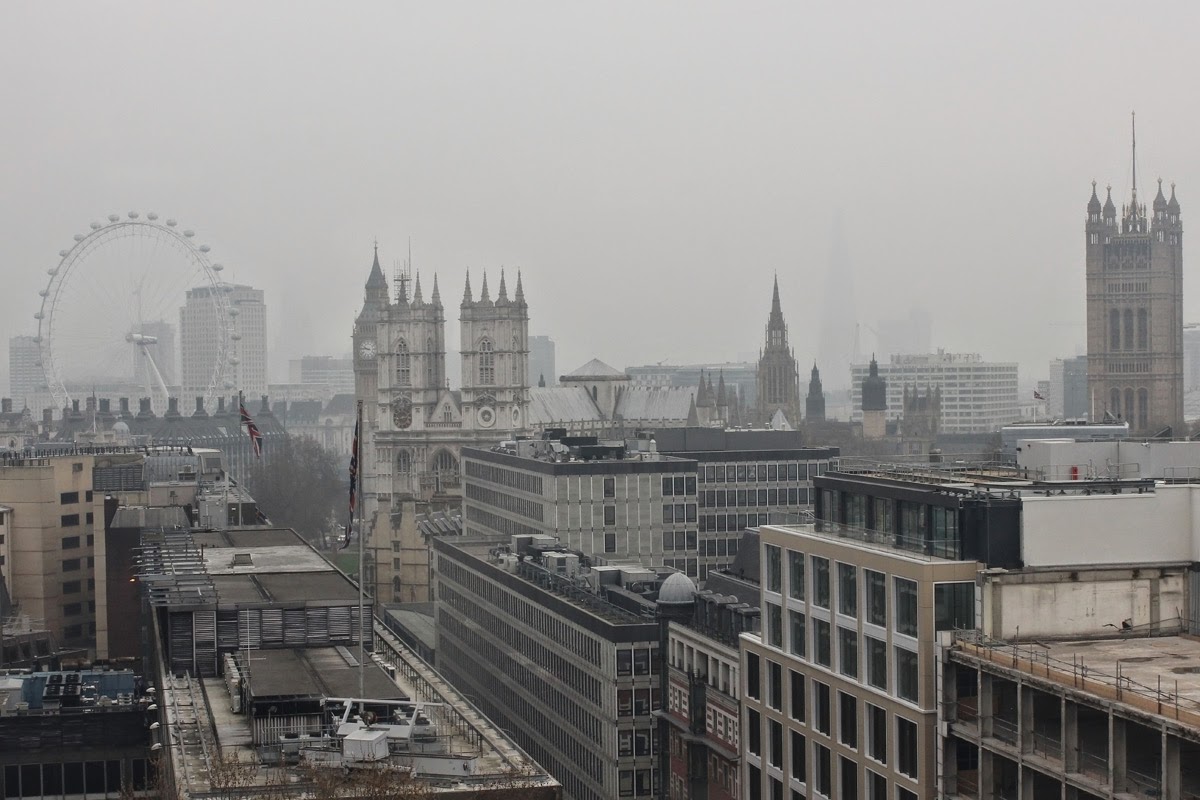 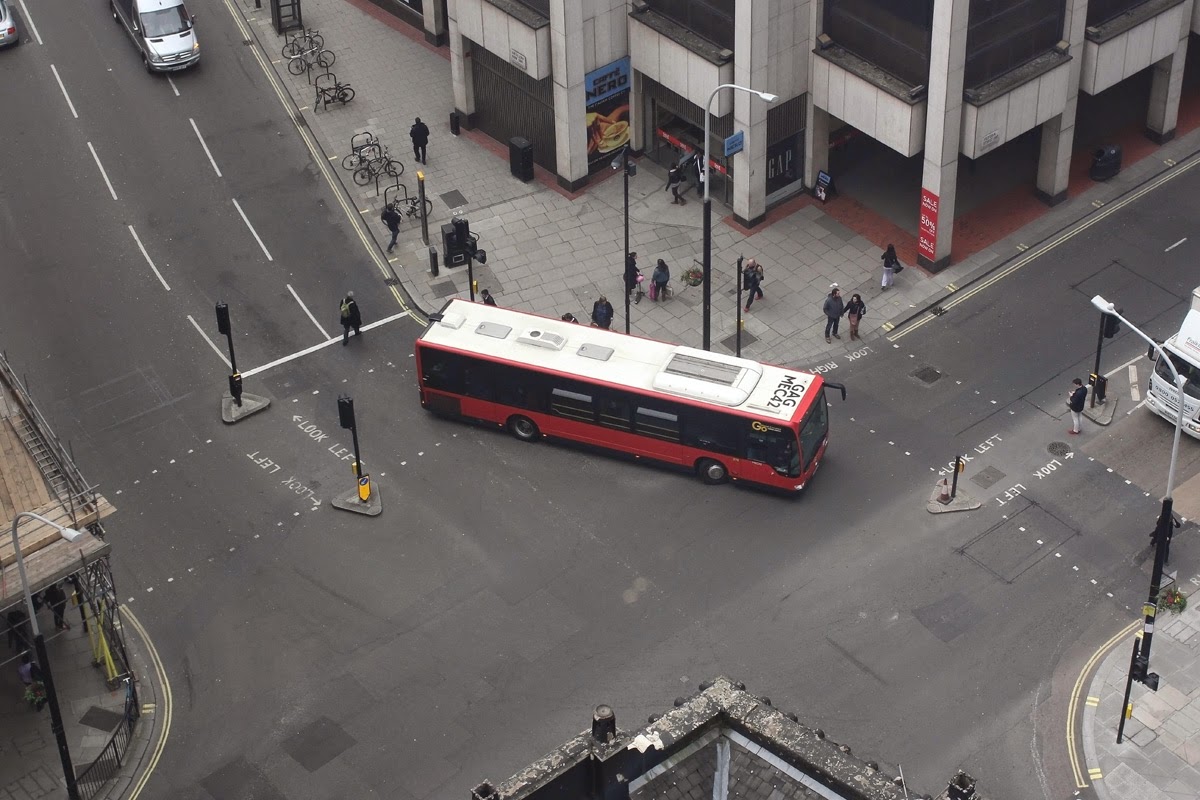 The Shard and most of the tower buildings in the City have almost disappeared, whilst down below one of the London General Mercedes-Benz Citaros on a Red Arrow route can be clearly seen.
Further north and into the East Midlands and here the effects were just as bad in Chesterfield. 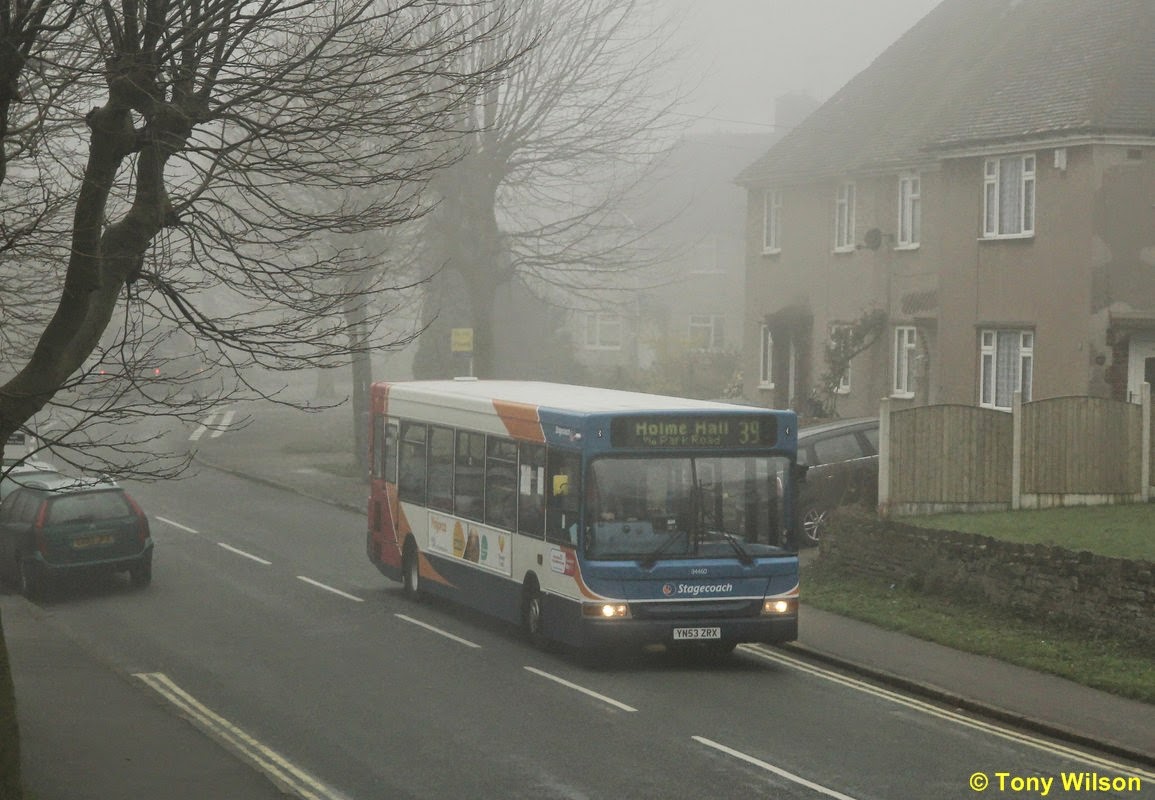 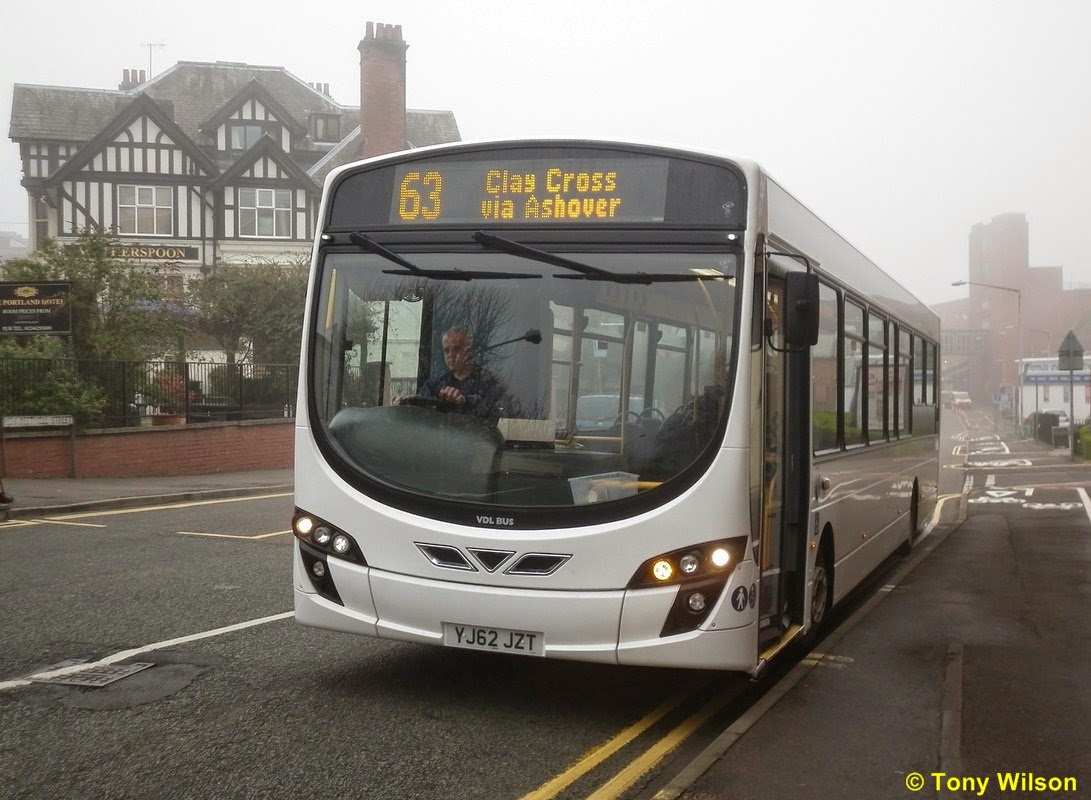 With barely 200-yards of visibility one the local Stagecoach operated Dennis Darts wends its towards the town centre (upper), whilst a Hulleys of Baslow operated saloon prepares to head out into even denser conditions in the Peak District. 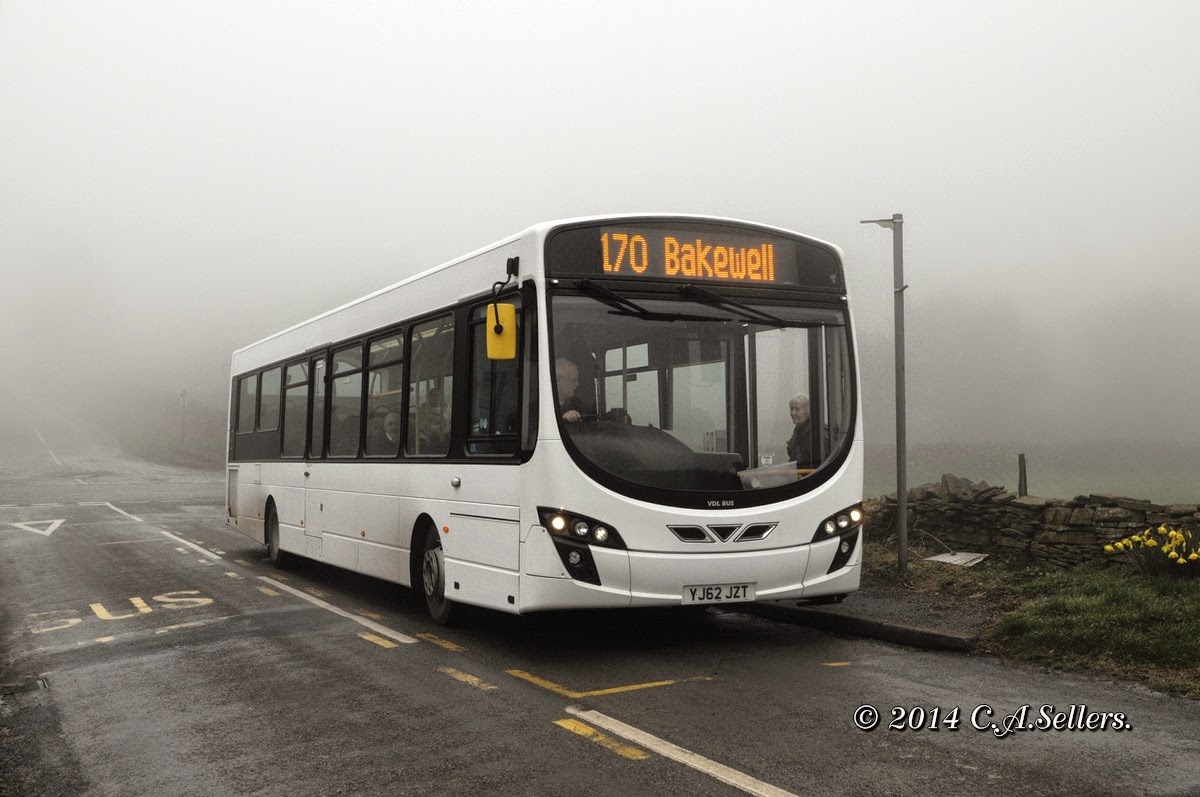 Normally from this point on a good day, one can view as far as deep into Lincolnshire approximately 40-miles. 100-yards looks like the limit on this occasion.