A city’s tram network was brought to a standstill after a taxi driver parked her car on tracks and went to get a McDonald’s breakfast.
Angry passengers were kept waiting for ten minutes when the peckish driver stopped to get a morning snack in Edinburgh. 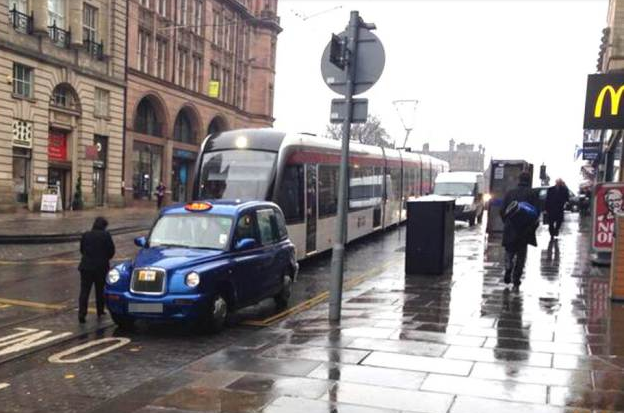 As soon as she realised she had caused a build-up of traffic she quickly moved her vehicle.
But instead of completely rectifying the problem, she parked up on the other side of the road and managed to block a tram travelling in the opposite direction.

A photo of the taxi blocking the tram in front of McDonald’s has been handed to the council, which says it will chase up the matter with the taxi office.