After 22-years of service the original Italian built T68 class trams assigned to the Manchester Metrolink, were finally withdrawn from active service during February 2014. Twenty-six of these Light Rail Vehicles were supplied and numbered from 1001-1026. 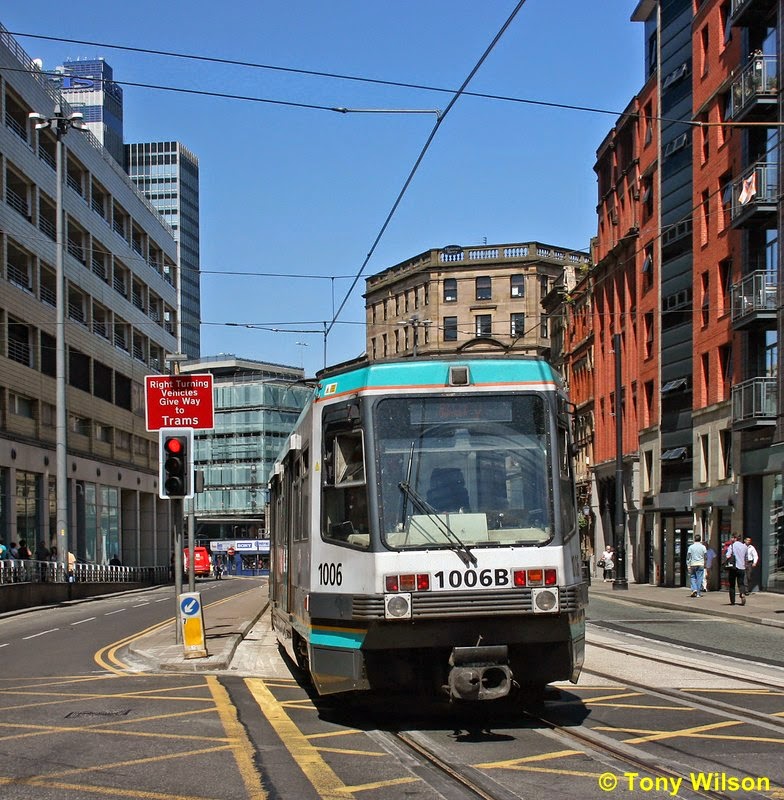 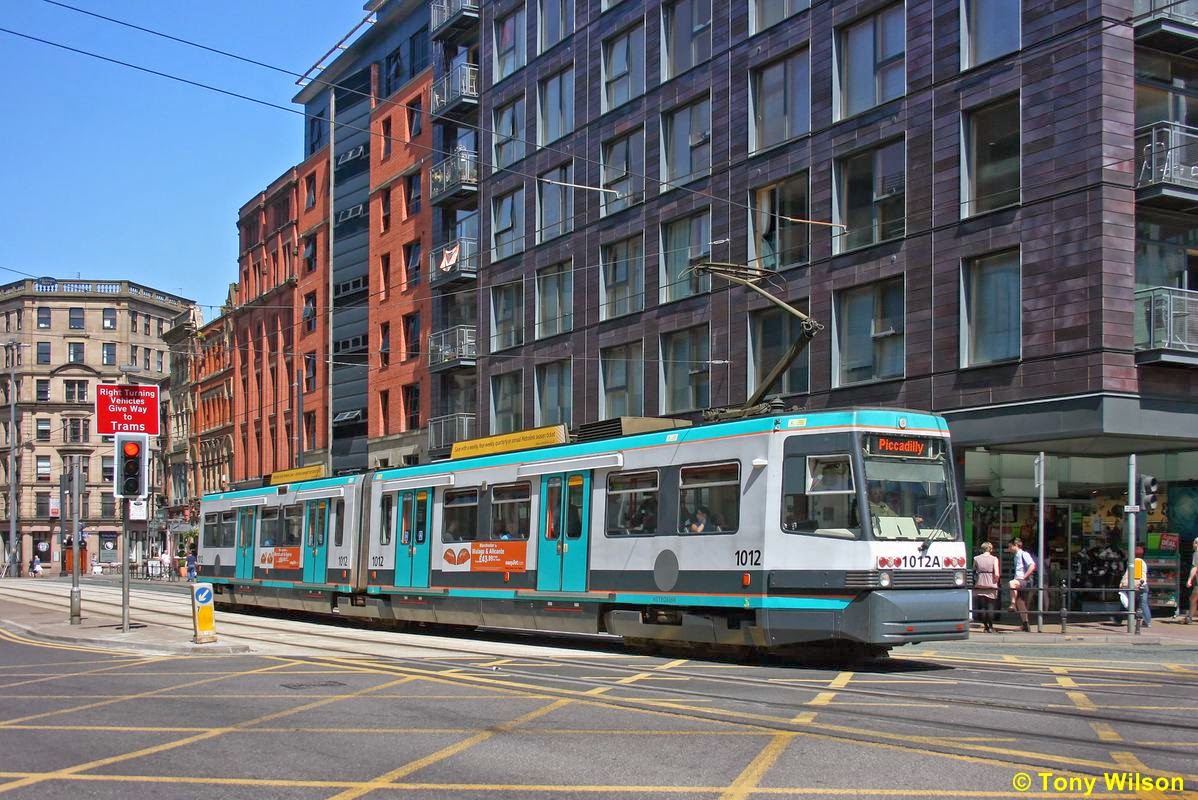 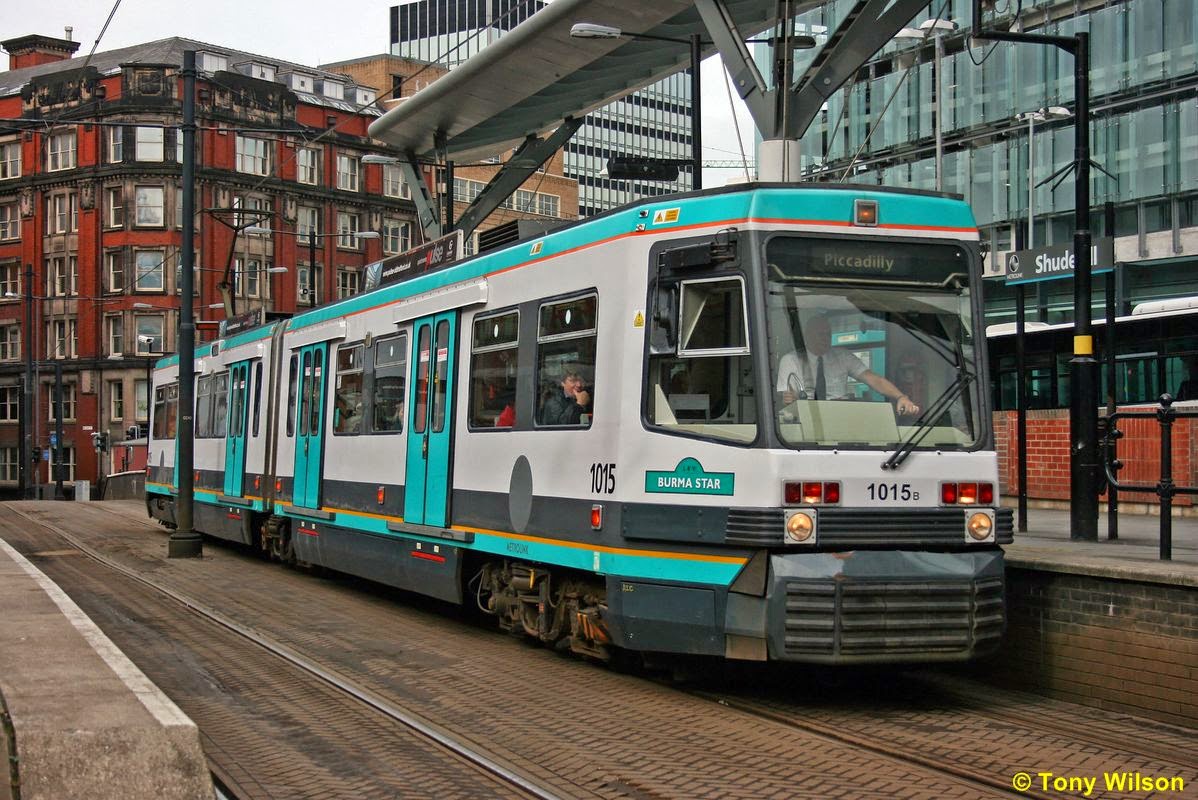 Six T68A vehicles were delivered during 1999 to service an extension to the Metrolink network and were numbered 2001-2006. Four have since been withdrawn, but the last two of this type remain in service during reconstruction work at Victoria Station. 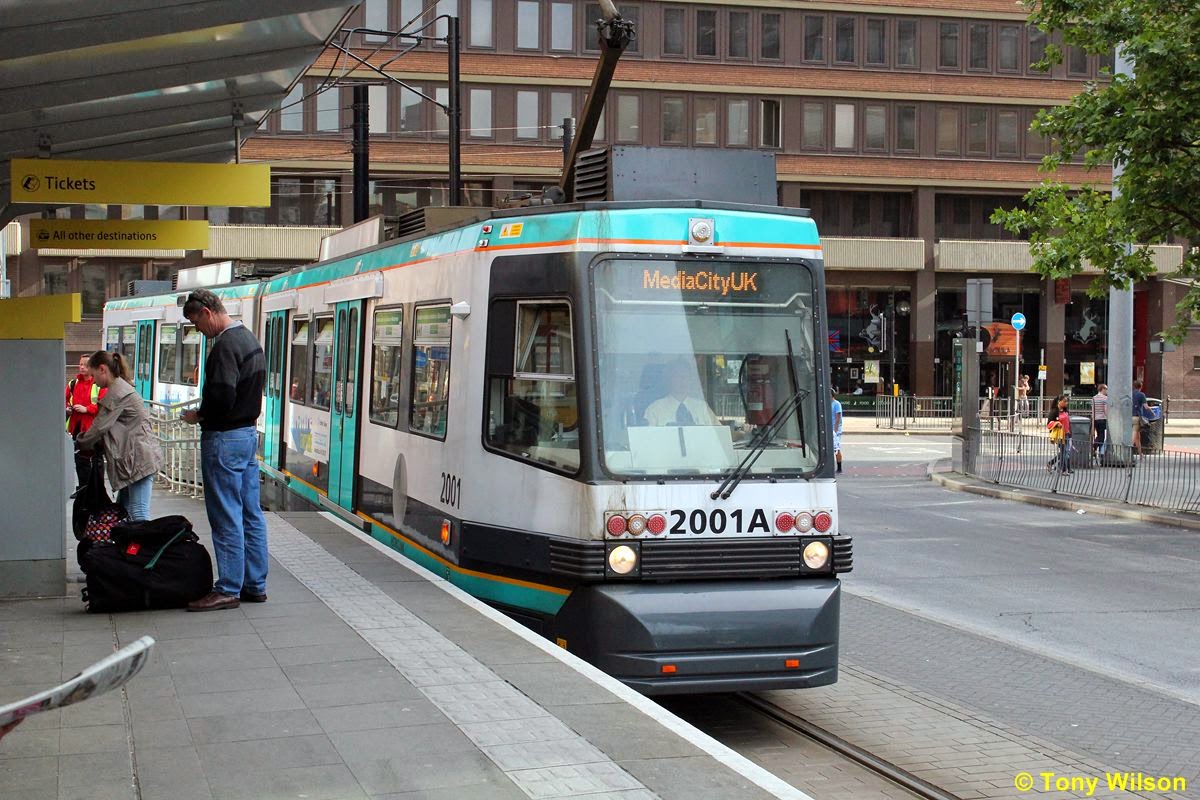 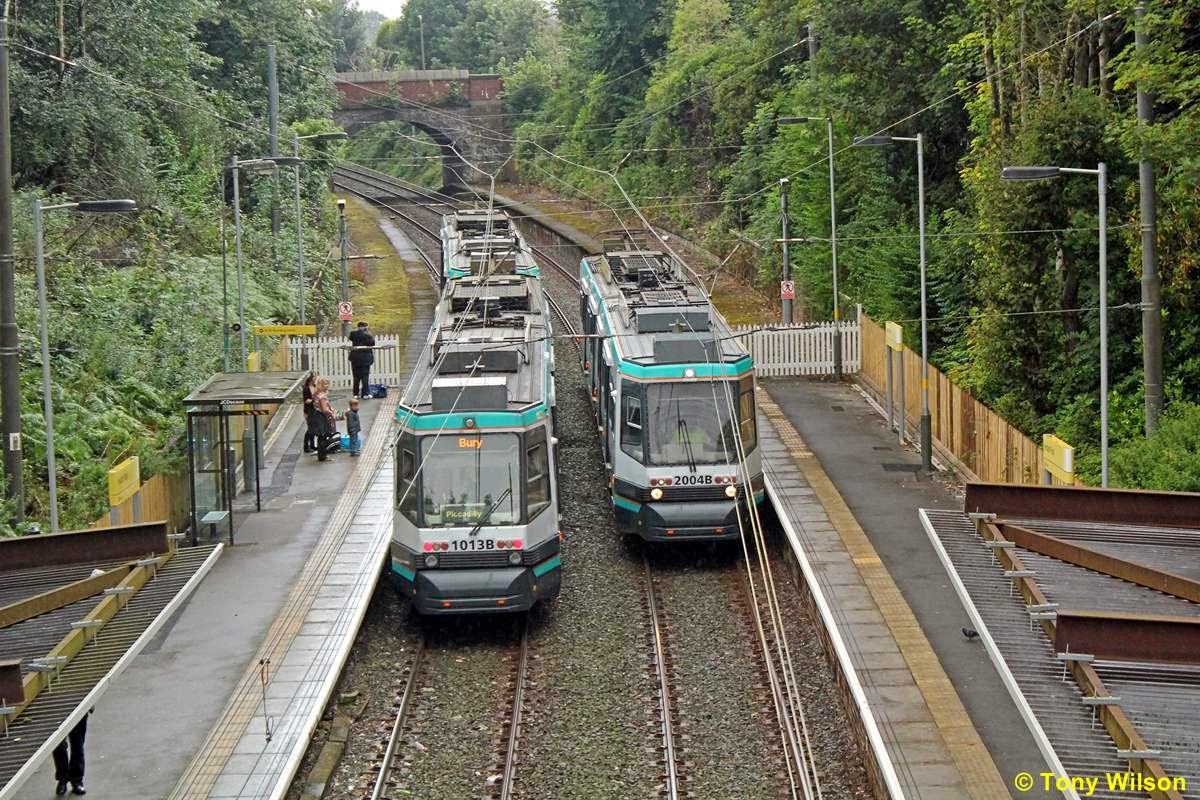 However, these too will be withdrawn during 2014 leaving the Bombardier version as the sole type in operation across the expanding network. 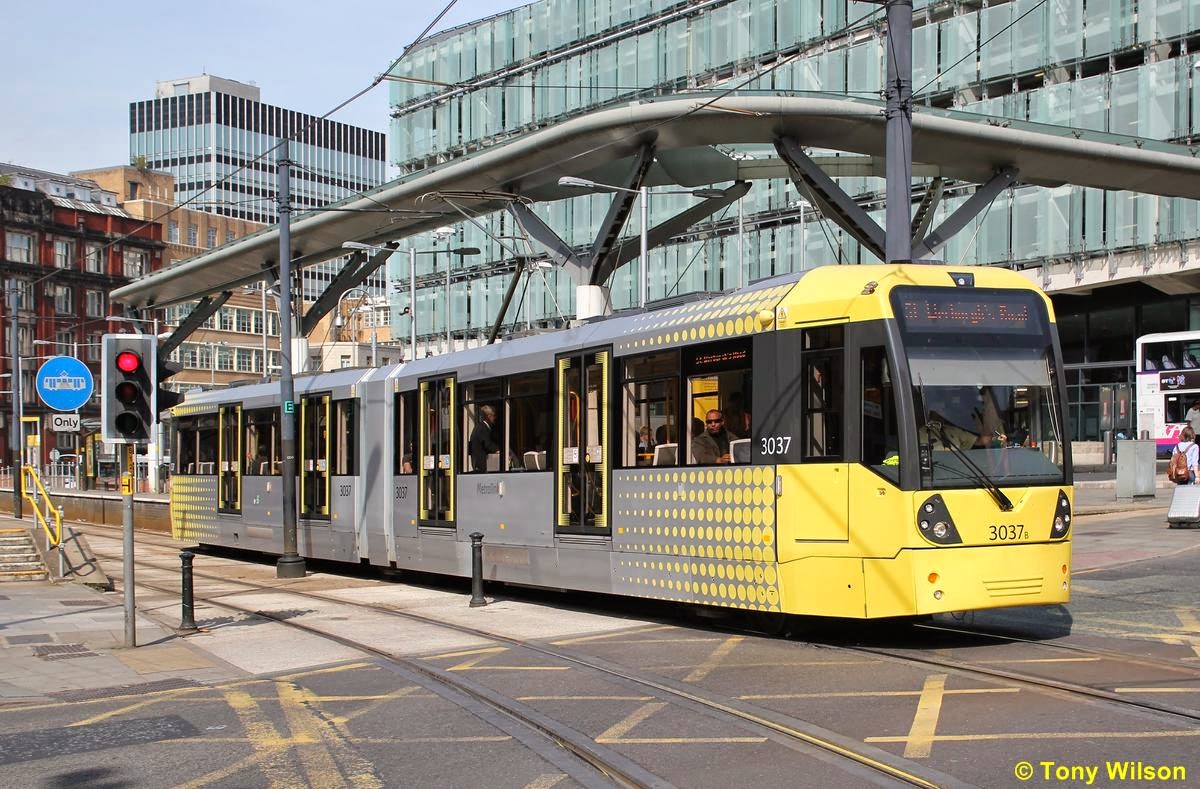 The fleet has now been replaced by new Bombardier Vossloh M5000 Light Rail Vehicles and are lighter and more reliable to operate than the T68 and T68A vehicles. Eventually there will be a total of 104 of the M5000 type in service with Transport for Greater Manchester over the network. 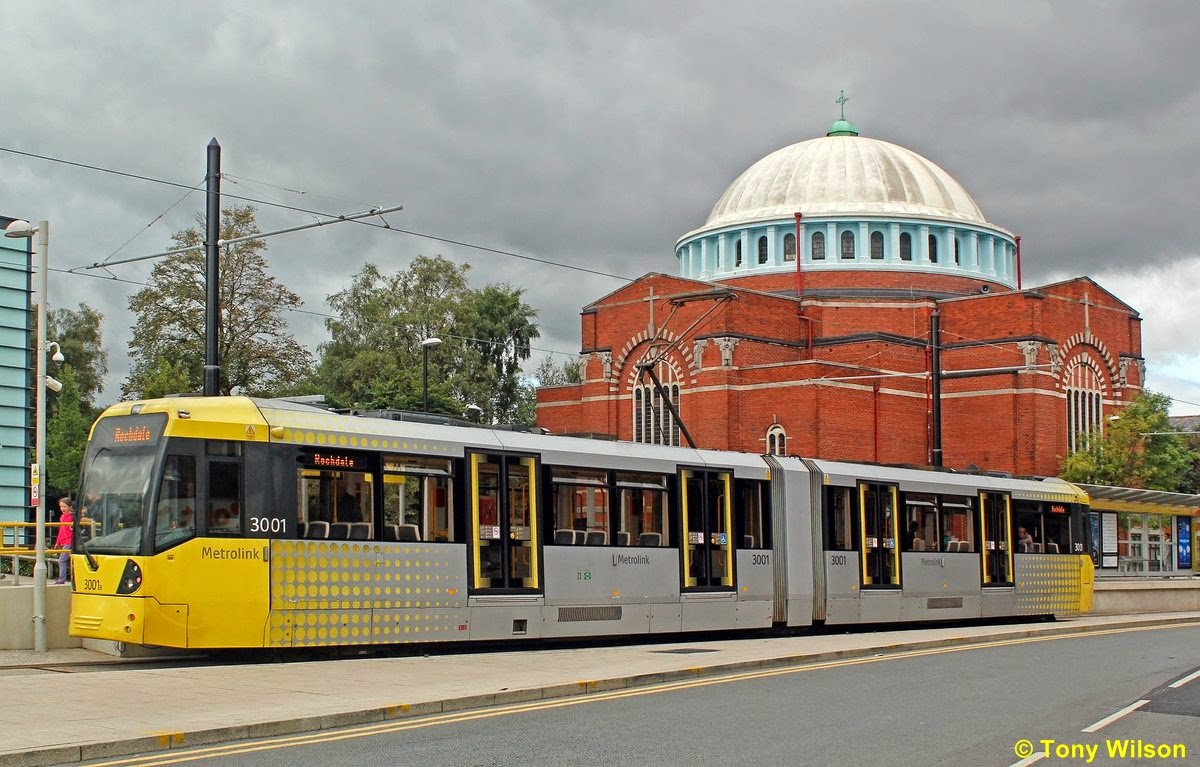 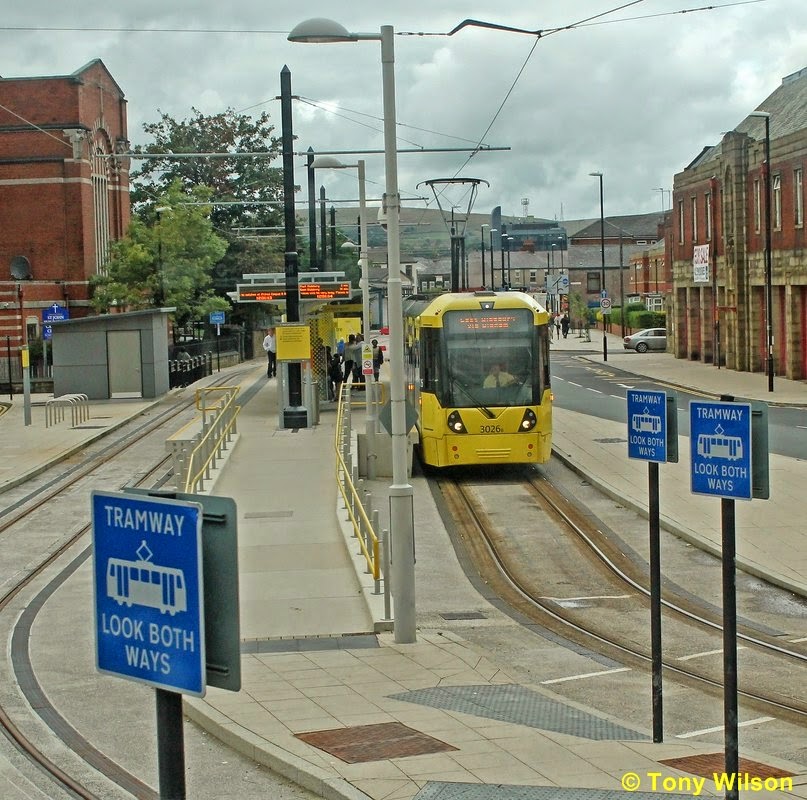 Although the original Manchester Metrolink trams have recently disappeared from the city streets, the original prototype Officine Casertane Caserta LRV survives in the Manchester Museum of Transport.
Fleet number 1000 is on display amidst the collection of buses and various other vehicles. Visitors can board the tram and visit the drivers cab, although no controls have been left in place. The seat covering is different to the later production vehicles and there are minor differences in the body design, but the basic layout was retained for the production vehicles, all of which were produced in Italy. 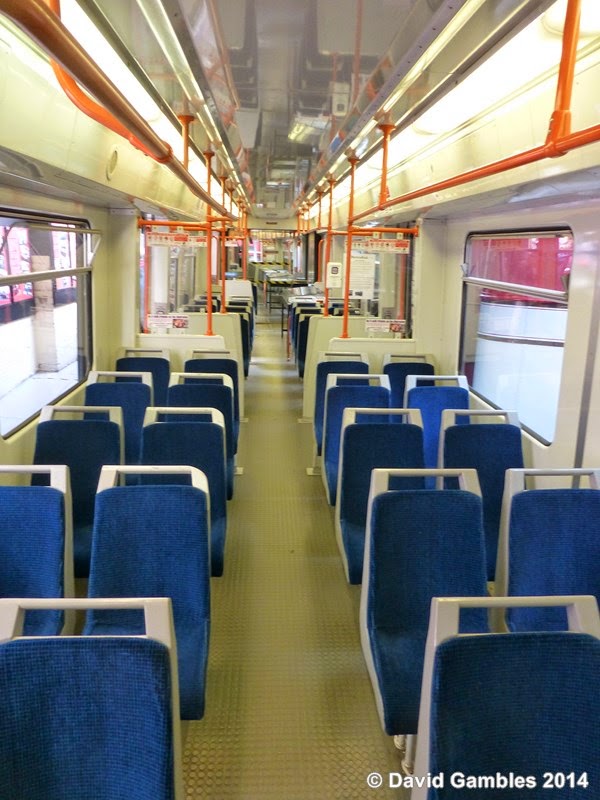 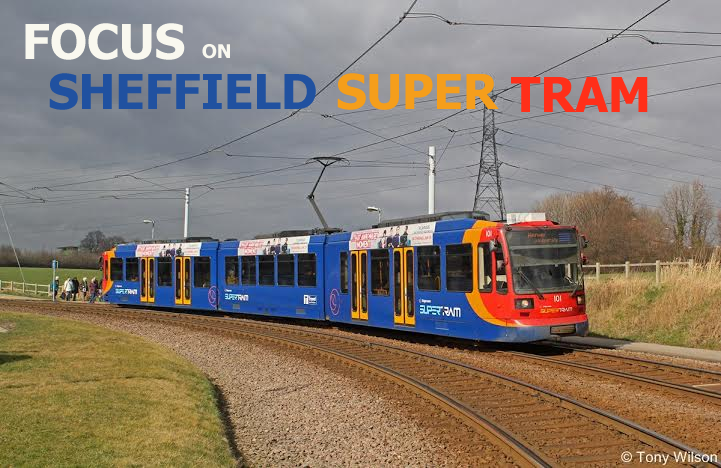 Another tram system in the north of England but over the border from Lancashire in South Yorkshire. The Sheffield Supertram has just passed the 20-year mark of operation and a feature can now be viewed here 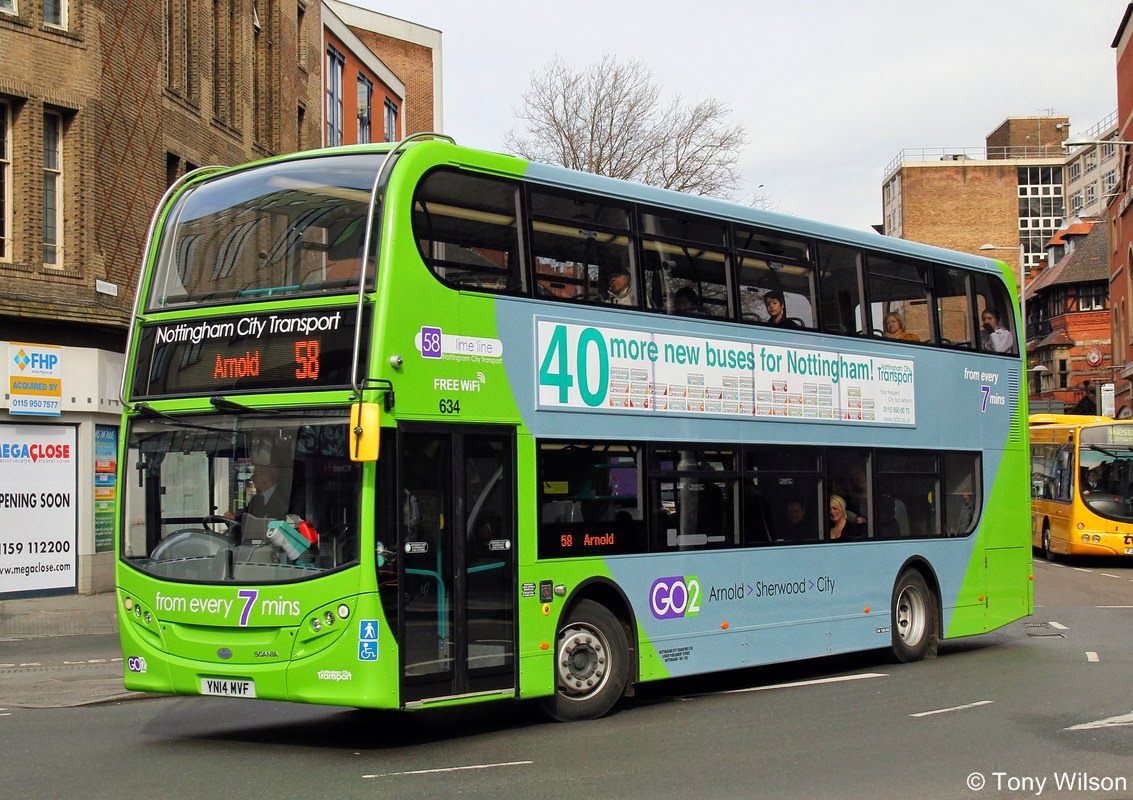 Nottingham City Transport has for many years favoured Scania products for their fleet of buses. Along with the combination of East Lancs bodies large, medium and smaller sized vehicles have joined the fleet. But with the closure of that company, a new bodybuilder had to be sourced, and recently ADL have provided the bodies for a recent delivery of Scania double-deckers. A selection of the recent deliveries and some earlier Scania examples can now be viewed here