Stagecoach Group plc has published a trading update in advance of a series of meetings with analysts. 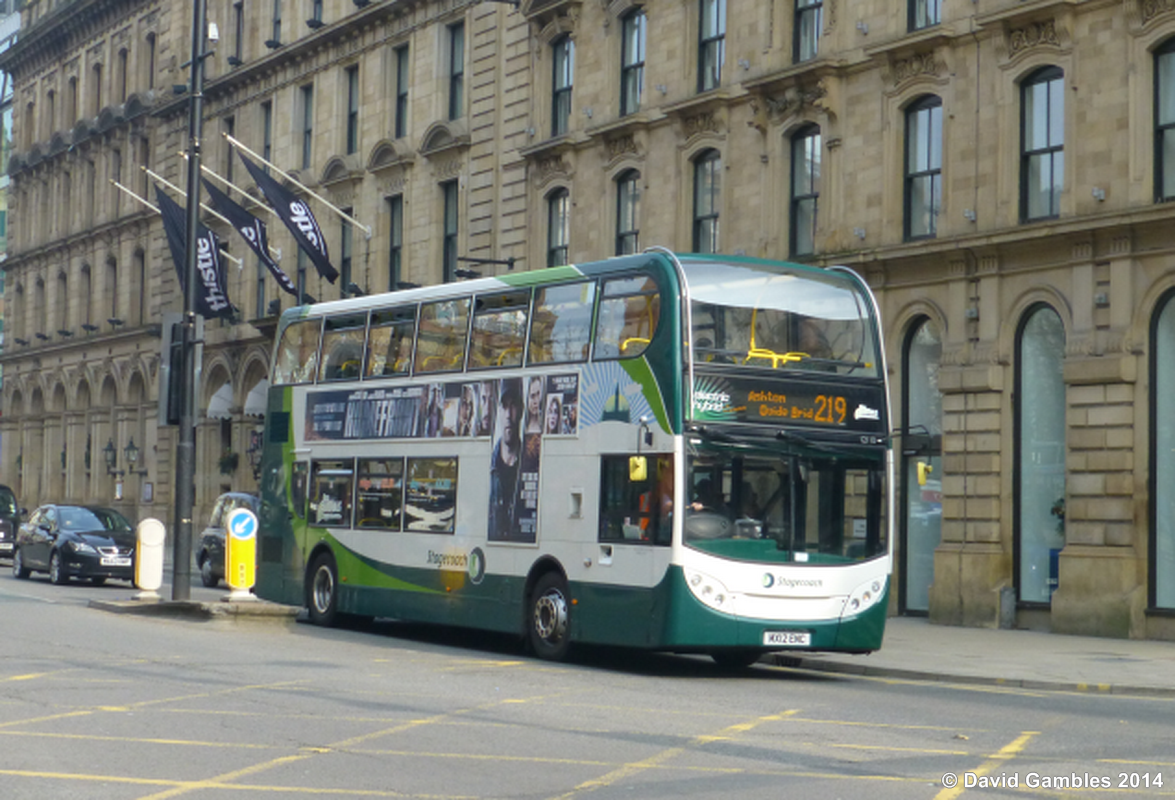 The overall profitability of the Group has remained satisfactory, and there has been no significant change to the expected adjusted earnings per share for the year ending 30 April 2014. 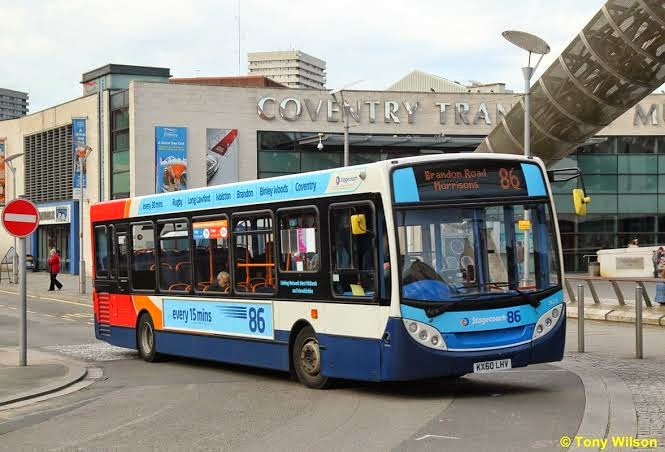 UK Bus (regional operations) division has performed well during the period, with both passenger volumes and revenue growing year-on-year.  Like-for-like passenger volume growth for the forty-eight week period was 1.5%.  An increase in commercial revenue has contributed most to overall revenue growth, with concessionary, tendered and school revenue also continuing to grow.

Looking ahead, the company do not expect significant short-term growth in concessionary and tendered revenue as local authorities look to minimise concessionary reimbursement amounts and bus tenders in light of their budget constraints.  This is exemplified by the Welsh Government's planned cuts in concessionary reimbursement rates for bus operators in Wales.  The focus is therefore to seek to continue to deliver good growth in commercial revenue to offset inflationary cost pressures. 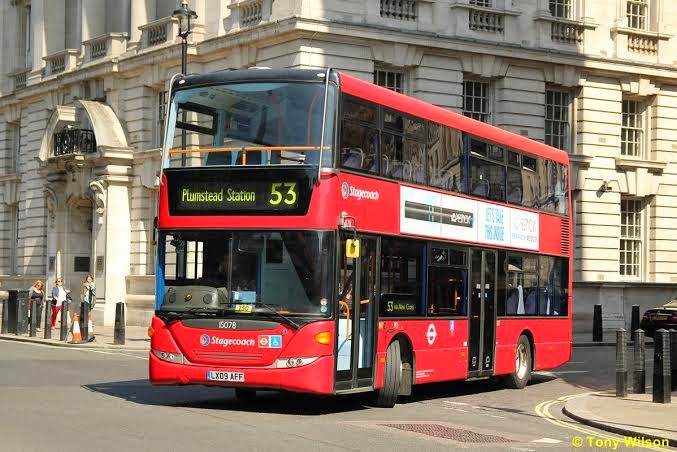 UK Bus (London) division has performed strongly in the period, as the company continue to benefit from the new contracts won last year.  From 1 October 2013, the business no longer receives Bus Service Operators' Grant (a rebate of fuel duty) but this is offset by a corresponding uplift in the contract prices paid to the business by Transport for London.  Excluding this uplift in contract prices, revenue has increased by 1.6%. 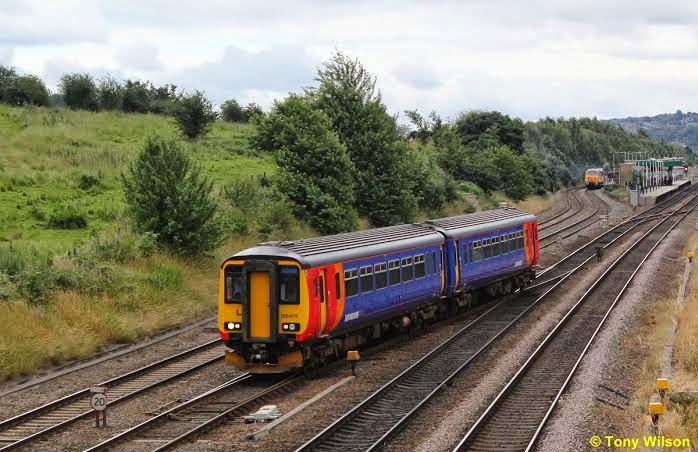 The financial performance of  rail businesses is in line with expectations, with revenue growth improving as extreme weather in the south-west of England has subsided in recent weeks.

The company are pleased that South West Trains and Network Rail have entered into a new agreement that extends the duration of their alliance and will build on the successes that the Alliance has achieved over the last two years.  The new agreement contemplates that the single, joint Alliance management team will continue to have responsibility for both train and infrastructure operations for the next five years to April 2019.

Stagecoach continue to discuss with the Department for Transport ("DfT") the planned extensions to South West Trains and East Midlands Trains franchises and also look forward to hearing the results of the tenders for the Docklands Light Railway and Thameslink franchises for which bids have been submitted.

The company are continuing to work on the bid with Virgin for the InterCity East Coast rail franchise, but now anticipate around £2m of the bid costs previously expected to be incurred in the year ending 30 April 2014 to be deferred until next year.

As previously reported, South West Trains and East Midlands Trains face further substantial increases in the amounts they are due to pay to the DfT as franchise premia amounts in the year ahead .  The company remain focussed on growing revenue and controlling costs to offset these increased premia payments, to the extent possible.

Trading in the North America division has been satisfactory, despite the prolonged period of adverse weather across the US.  Megabus.com in North America is the fastest-growing part of the Group, increasing revenue by 16.5% in the eleven months ended 31 March 2014.  This reflects further growth in existing services, as well as the contribution from Texas and California networks launched during the year ended 30 April 2013.  The company are pleased to announce the expansion of the megabus.com network with the new Florida hub being launched in May 2014.

Virgin Rail Group ("VRG") continues to earn a fee equivalent to 1% of revenue from the West Coast rail franchise with the DfT taking the risk that revenue and/or costs differ from those expected.  VRG and the DfT are discussing revised commercial terms that could see VRG take greater revenue and cost risk for the period from a date to be agreed through to April 2017 for a commensurate financial return.

Progress has been made in resolving the previously reported litigation regarding Twin America.

The US Department of Justice and the New York Attorney General (together, "the Government plaintiffs") initiated litigation against Twin America and its joint venture partners ("the Defendants", which include two Stagecoach US subsidiaries) in 2012.  The litigation alleges that the formation of the Twin America joint venture in 2009 was anti-competitive.  Separately, private plaintiffs brought a claim based on the same allegations on behalf of a proposed class of customers.

The Defendants have not admitted any liability but have agreed a cash settlement of US$19m (c. £11m) with the private plaintiffs to fully resolve the private litigation.  That settlement will be submitted to the court for preliminary approval.  Assuming the court grants its preliminary approval, final court approval is anticipated in approximately nine to 12 months following a period for class notification and claims administration.

The Group currently anticipates recording exceptional pre-tax costs of around US$15m (c.£9m) in its consolidated financial statements for the year ending 30 April 2014 in respect of its share of financial costs connected with the litigation.  The ultimate cost to the Group may differ from this as it remains dependent on the outcome of the Government action.

Trading remains challenging for Twin America as a result of an increasingly competitive New York sightseeing market, among other factors, and we anticipate that our share of profit from Twin America will further reduce in the year ending 30 April 2015.

The Group's treatment of gains and losses arising on property disposals has been to classify these as exceptional items.  Having reviewed the approach in this area, recognising the regular occurrence of such items historically and the benefits of comparability across the sector, these items will generally be included in the measure of pre-exceptional results in the financial statements for the year ending 30 April 2014 and thereafter.

It is expected that property losses in the UK Bus (regional operations) division will amount to no more than £2m in the current year, and that gains and losses in other parts of the Group will be insignificant.

The Group maintains a strong financial position with investment grade credit ratings and appropriate headroom under its debt facilities.  Consolidated net debt as at 31 March 2014 was at a similar level to that reported as at 31 October 2013 and is after taking account of the previously announced acquisition of Norfolk Green and continued investment in the Group's vehicle fleet.

Although the company face a number of challenges to growing profit in the year ending 30 April 2015, overall current trading is satisfactory and the prospects for the Group remain positive.

The Group intends to announce its preliminary results for the year to 30 April 2014 on Wednesday 25 June 2014.