A York councillor at the centre of a controversial traffic scheme has been removed from his post as head of transport.
Last August, Labour's Dave Merrett introduced a ban on traffic using the city's Lendal Bridge. 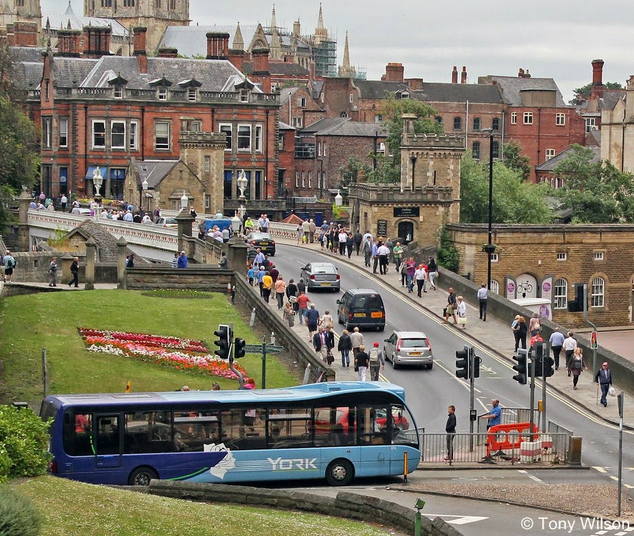 The restriction was lifted after a government traffic adjudicator ruled the scheme did not qualify as a bus only route.
Mr Merrett will now look after environmental issues for the authority.
He said: "I have contributed over many years to transport in this city and tried to meet the growing challenges of a growing city head on.
"However, building a new consensus on transport needs a new face."
The council levied more than £1.3m in fines from drivers breaching the ban.
The traffic tribunal found the restricted road was not a bus lane, the signage was inadequate and CCTV evidence insufficient.

It ruled the council had "no power" to issue penalties.
City of York Council's Labour leader James Alexander said he had reshuffled his cabinet ahead of local elections in May
Conservative leader Chris Steward said Mr Merrett should have been removed form the cabinet entirely.
"It's an absolute farce," he said.
"When just a couple of weeks ago, he was appointed as York's representative to the West Yorkshire Transport, it's just ridiculous.
"It's a muddle, it's a panic measure."
Keith Aspden, leader of the local Liberal Democrats, claimed Mr Merrett had mishandled the Lendal Bridge scheme.
"All opposition councillors were telling them from day one that they got the consultation wrong, they got the signage wrong, that they needed to listen to local businesses and tourist organisations.

"They refused to do it."