A planned three-day strike on the Tube by London Underground (LU) workers has been suspended, the RMT union said yesterday (Bank Holiday Monday).

The two sides in the dispute held last-ditch talks at 10.00am yesterday morning just hours before the strike was due to start. Members of the Rail, Maritime and Transport (RMT) union were set to walk out for three days from 9.00pm last night in a long-running dispute over ticket office closures. A two-day strike last week caused disruption for Londoners, with severe traffic in places as commuters crammed on to buses including many additional vehicles from various sources. 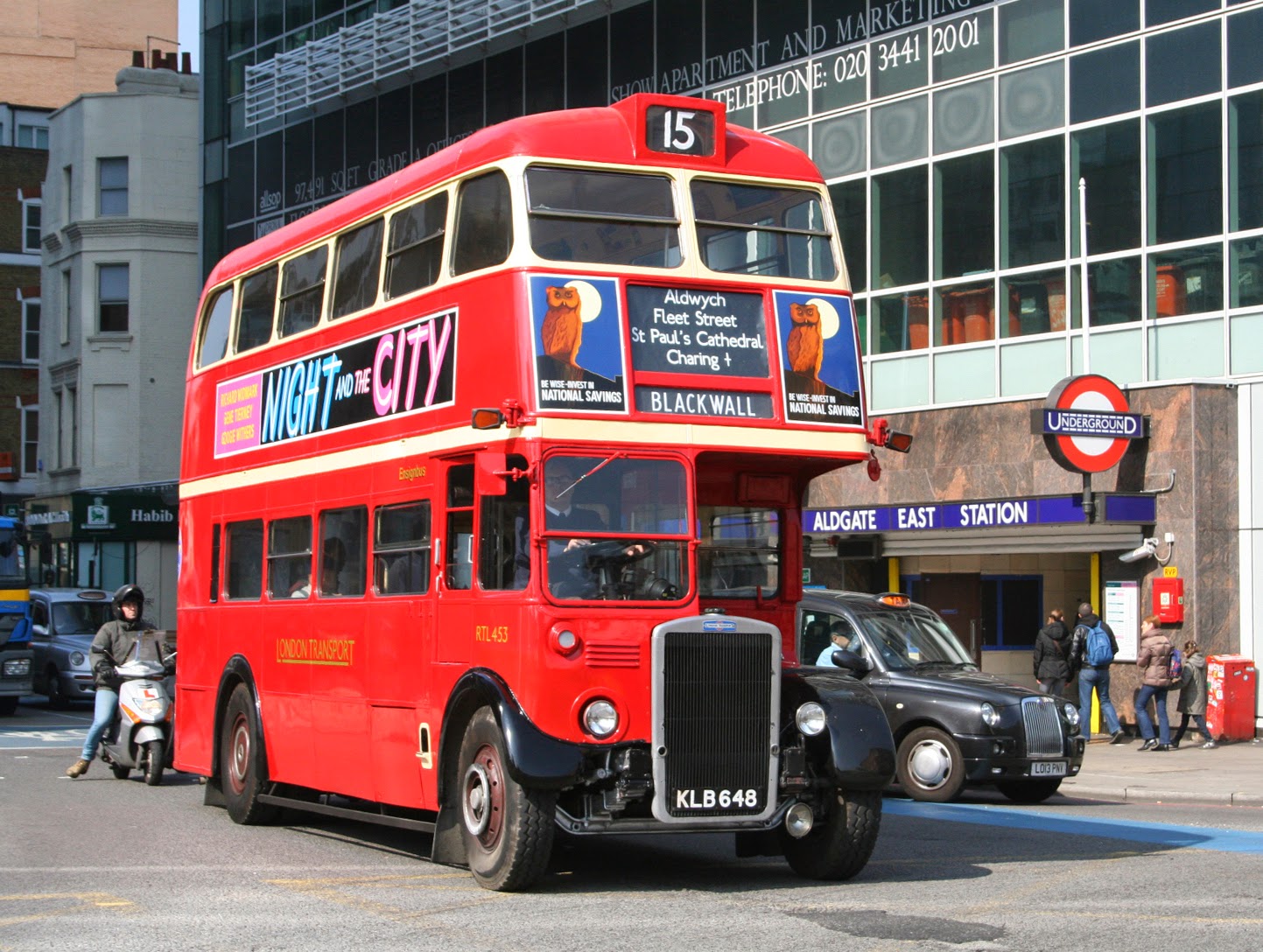 The RMT's acting general secretary Mick Cash said in a statement yesterday that last week's strike had led to "significant progress" in the dispute, resulting in this week's walkout being called off. He said unions now had a "viable framework" for a review of cuts and proposed ticket office closures. He said: "Due to the solidarity and determination of our LU members, and their delivery of rock-solid industrial action last week, we have been able to secure real movement and significant progress on the issues at the heart of this dispute in talks with the Tube management over the bank holiday weekend. "Pre-conditions have been removed, protection of earnings has been agreed and we now have a viable framework for a proper review of the cuts and closures programme." He continued: "As a result of that progress, secured directly through our members campaign of industrial action and the union's drive to get the facts across to the people of London, we are able to suspend the action due to commence this evening and further talks around the fundamental issues of cuts to jobs, services and safety will now take place."

In response, Phil Hufton, chief operating officer of London Underground, said: "I am pleased that Londoners will not have to endure further strike action this week. "The only way to resolve this dispute is for the RMT leadership to work with us to shape the future of the Tube in a changing world. It is good that they have committed to doing so alongside the three other unions involved."

There were reports this morning that the strike was likely to be suspended following the discussions, according to the BBC. BBC London transport correspondent Tom Edwards tweeted: "Sources telling me #tubestrike likely to be suspended. Enough movement. @acasorguk talks later. Decision would be made by RMT Exec." Both sides said that strike action was avoidable, despite talks breaking down on Friday. RMT member John Leach told London Live: "They need to remove this ridiculous demand to abandon our campaign and withdraw from the dispute. We need a cast iron commitment that these booking office reviews will be done properly." LU's Phil Hufton said: "We are working hard to get this resolved, the best way is to keep on talking. "It's a two way process, we will have detailed discussions to get this resolved. "Everyone is guaranteed a job, we want to modernise the tube, those want voluntary severance can take voluntary severance, nobody at all is going to lose money."

During the previous strike days a number of extra buses were added to the regular vehicle requirement of the London bus route network. These came from a variety of sources and were indeed a variety of types old and new, as illustrated below. 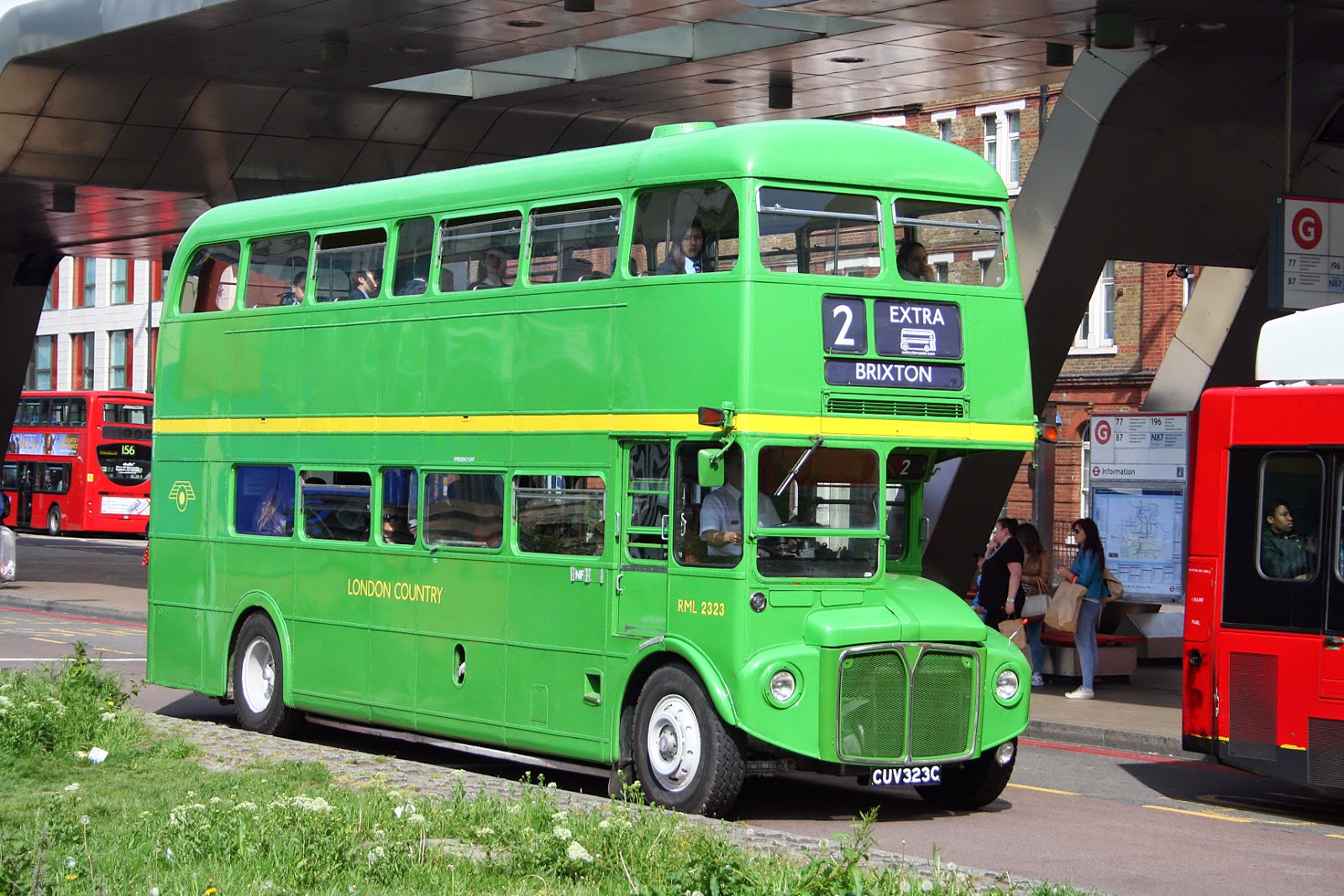 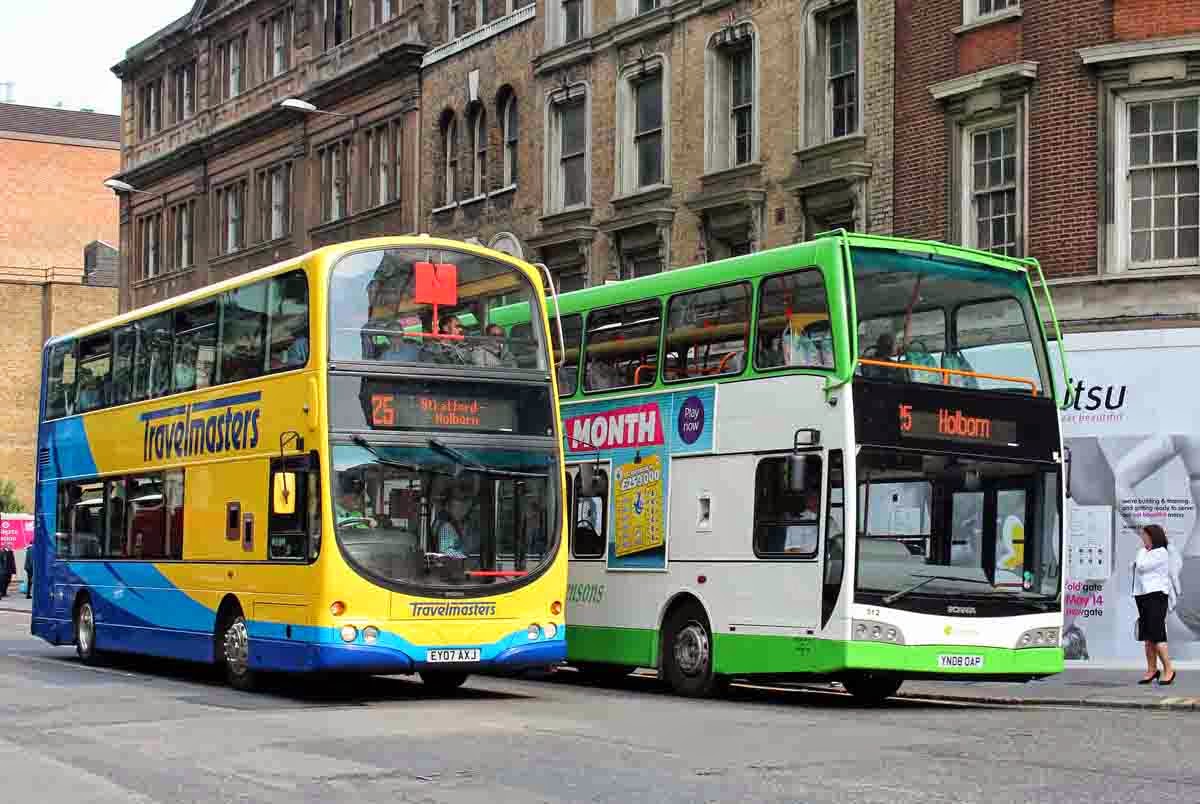 Two of the more modern examples brought in as extras, A Volvo/Wrightbus from Travelmasters of Kent and Scania/East Lancs from Stephensons of Essex, on route 25 as they head towards Holborn (Graham D.Smith)

A further selection of images from last weeks events will be available soon for viewing on the Focus Features site.