TIME TO OPEN UP THE WALLETS

The sale of the Michael Banfield Collection of Veteran, Edwardian and Vintage Motor Cars, Historic Commercial Vehicles, and Automobilia is to take place on the 13th and 14th of June on location in Kent.

Started in 1959, this spectacular single-owner collection encompasses well over 1,000 lots, including approximately 50 Vintage, Veteran, and commercial vehicles and restoration projects, and a large range of items of Automobilia. Carefully curated over many decades, its sale will provide a rare opportunity for collectors to acquire items which rarely come onto the market.

Some of the domestic vehicle highlights include:

Amongst the commercial vehicle highlights are: 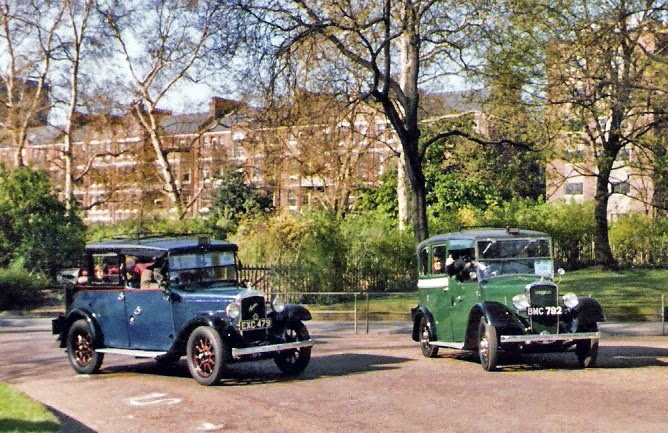 A cab similar to one of these

The two day sale of Automobilia comprises a large motoring ‘library’ with the focus on commercial vehicles. The library is comprised of reference books, encyclopedias, catalogues, hand books, spare parts lists and periodicals; a fine selection of petrol pump globes; a large array of enamel and other signs;  a huge selection of motoring accessories and lighting equipment  including rare Polkey lamps; horns, dashboard instruments, mechanical and electrical spare parts; and other motoring paraphernalia and collectables. The sale of Automobilia Section One takes place on the 13th of June, with Automobilia Section Two and Motor Cars following on the 14th.

In 1959 Michael Banfield bought his first classic car, a 1927 Bentley, which sparked a lifelong interest in classic, veteran, and commercial vehicles.
He was a founder member of the Historic Commercial Vehicle Society, becoming Chairman in 1965 and remaining as such until 1993 when the Society became a charity. He then stayed on as CEO until his retirement in 2011.
Joining the Veteran Car Club (VCC) in 1960, he remained a full and active member until the end of his life.
From 1976 to 1998 Michael served in various positions with FIVA (Fédération Internationale des Véhicules Anciens) - on the General Committee, as Chairman of the Historic Commercial Vehicle Committee, and as Chairman of the European Affairs/Parliamentary Committee.
A committee member of the FBHVC (Federation of British Historic Vehicle Clubs) for 12 years, he became a founder member of the IHVO (International Historic Vehicle Organisation), serving from 1998 to 2005.
Through the decades he slowly added further vehicles to his collection, both classic and commercial, all of which he refurbished and rebuilt himself.
For more than 50 years Michael dedicated himself to the preservation, promotion, and use of historic road transport as part of our national heritage. Most of this work was undertaken on a voluntary basis as a true enthusiast.
For all his efforts he was made an Honorary Life President of the VCC and was given a Lifetime achievement award by the Transport Trust in 2007. Furthermore he was made a Freeman of the City of London in 1998 and became a Liveryman of the Worshipful Company of Carmen in 2001.