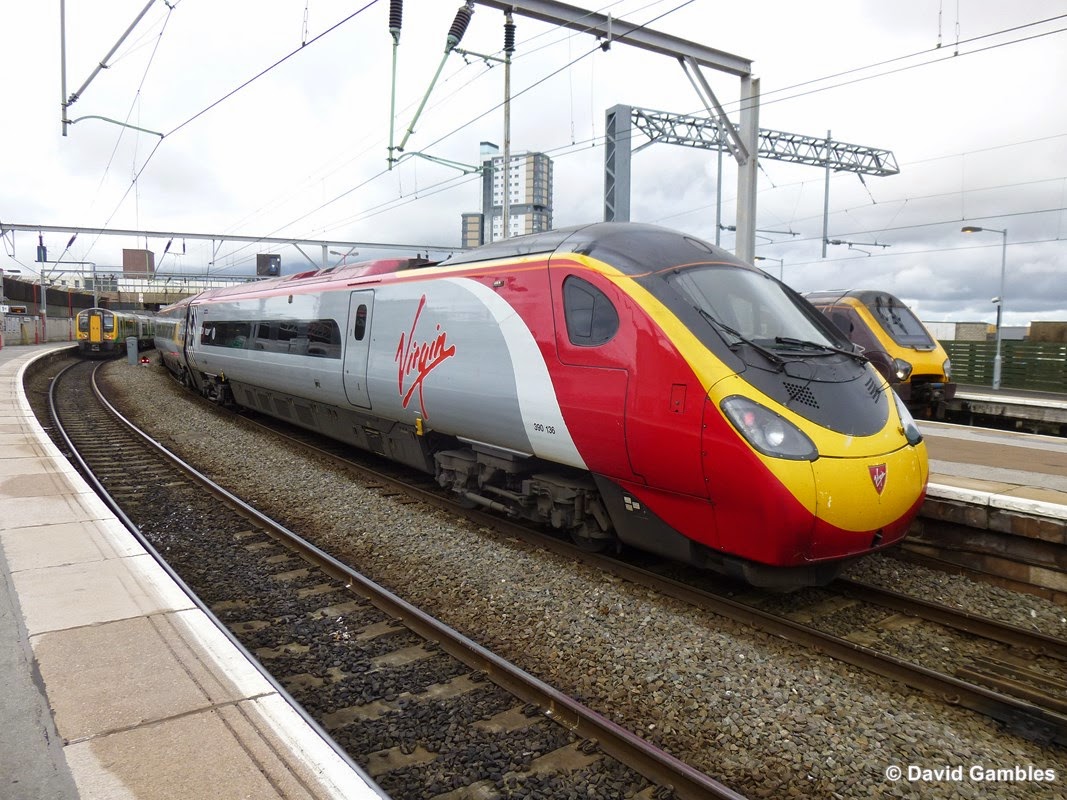 It has been announced that Virgin Rail Group ("VRG"), has agreed a new West Coast rail franchise with the Department for Transport ("DfT").

Passengers and taxpayers will benefit from a multi-million-pound package of significant improvements, including more seats, new services and free super fast wifi for all customers.

VRG is a joint venture between Stagecoach and Virgin Group and operates the West Coast franchise through its Virgin Trains brand.

• More seats: More than 20 of trains will have one of their First Class carriages converted to Standard Class. This will increase Standard Class capacity by 5500 seats per day, a net increase of 2100 seats.

• Better connectivity: All 76 of the Virgin Trains Pendolino and Super Voyager trains will be equipped with superfast WiFi, which Network Rail intends to support by providing track-side infrastructure. This would be the first major intercity deployment of 4G technology on the UK rail network and provide free WiFi to all customers.

• Easier travel: Extra ticket machines and customer help points will be installed at stations. An upgraded website and more staff redeployed to concourses and platforms will help deliver smoother journeys for passengers.

• New services: It has been agreed with the DfT that there should be new direct services between Shrewsbury / Blackpool and London. These plans are backed by Network Rail and will be submitted to the Office of Rail Regulation ("ORR") shortly. If the ORR decides in favour, these services are expected to start by the end of the year.

• Customer reward programme: Customers who book via the Virgin Trains website and mobile app will be able to earn Nectar points on their purchase by the end of the summer.

• Financial value for taxpayers: The new commercial agreement will generate £433 million in premium payments to the DfT over the initial period of the contract to 31 March 2017. The financial package will help support the huge investment that is taking place in the railways.

• Shareholder return: VRG expects to earn a profit margin similar to the levels expected on other medium-term UK rail franchises and franchise extensions.  A profit sharing arrangement will apply whereby a proportion of profit in excess of pre-specified thresholds will be payable to the DfT.  A Gross Domestic Product ("GDP") sharing arrangement will also apply whereby amounts are receivable by the franchise from the DfT where UK GDP is below certain pre-defined levels and likewise, amounts are payable by the franchise to the DfT where UK GDP is above certain pre-defined levels.  The GDP sharing arrangement is similar to that which the DfT is proposing will apply to the new East Coast rail franchise that it is currently tendering.  There is no significant change expected in the "risk capital" (i.e. performance bond, season ticket bond and shareholder loan) relating to the franchise.

• Employee, supply chain and community benefits: increased emphasis on apprenticeships, training and graduate placements, a pledge to increase small and medium-sized businesses in supply chain base by 10%, and plans to make station and training centre facilities available for community use.

• A greener railway: A commitment to cut carbon emissions across stations, divert 98% of waste from landfill and implement efficient LED lighting.

Martin Griffiths, Stagecoach Group Chief Executive and Virgin Rail Group Co-Chairman, said: "This new contract is a great deal for our customers, communities and taxpayers. Millions of passengers will benefit from thousands of extra seats, plans for new services and free super fast connectivity. At the same time, the taxpayer will receive a significant increase in income, helping support the Government's record investment in Britain's rail network.

"Our country has the leading railway in Europe and Virgin Trains has been central to driving forward innovations that are now commonplace across the network. This new commercial contract shows that a well-run franchising system, with the public and private sectors working together, can deliver significant benefits to all stakeholders."

The new contract builds on the progress Virgin Trains has made since taking over the West Coast franchise in 1997. The number of passengers carried each year has more than doubled to more than 32 million. Journey times have been cut, the number of services has increased and more than £2 billion has been invested in state-of-the-art train fleets. Passengers have responded by consistently rating Virgin Trains the best long distance rail operator, with a current satisfaction rating of 91%.