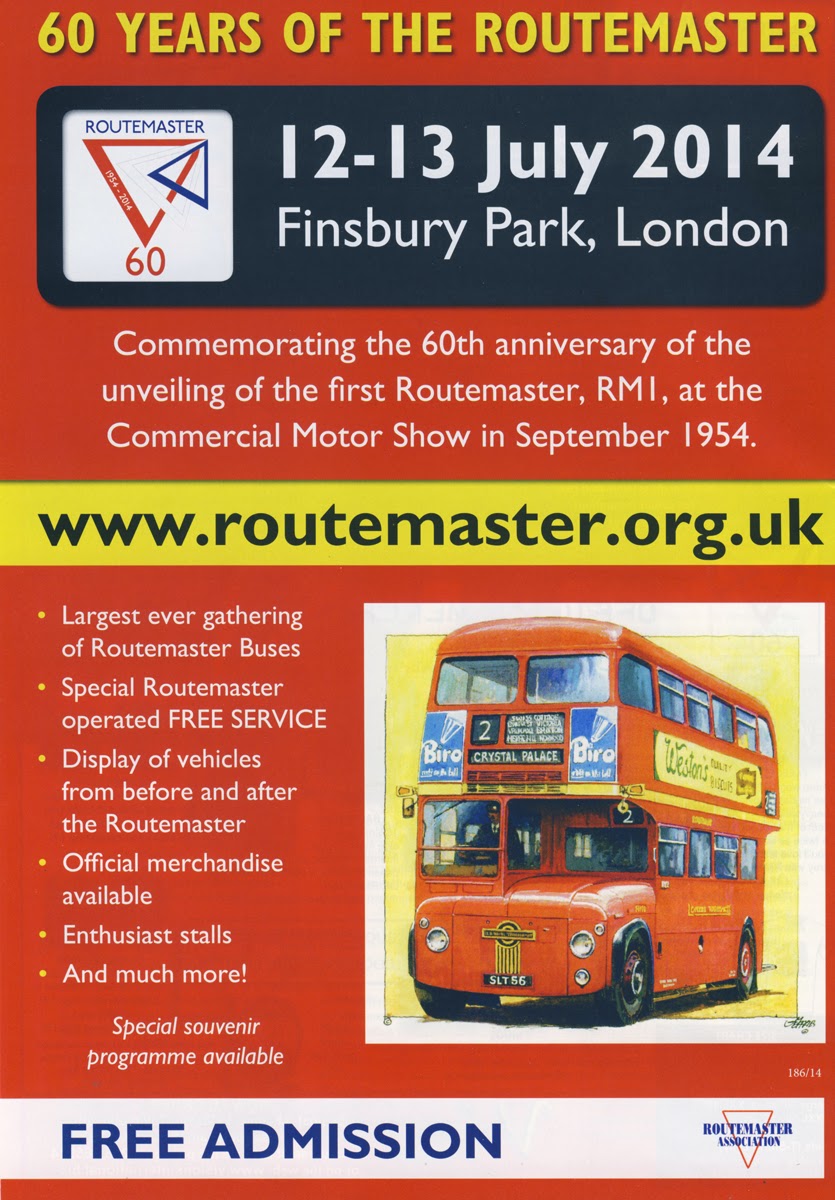 It is anticipated that the first four prototype Routemasters will be in attendance along with many others. 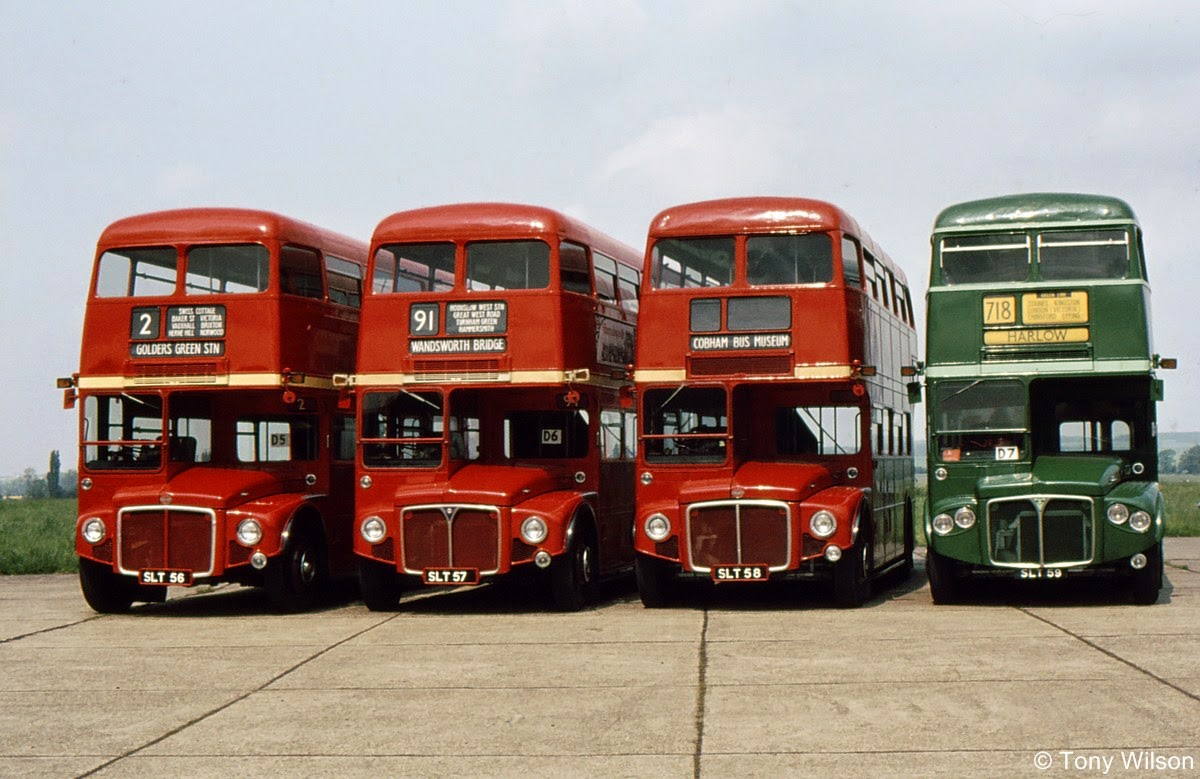 Here the first four of the type were lined up on North Weald airfield back in 1993. From left to right RM1, RM 2 (originally in green for the country area and 27-foot 6-inches long), RML 3 and RMC 4 (originally CRL 4 in a lighter green livery for the limited stop Green Line network). Numbers 1 and 2 are with the London Transport Museum, RML 3 at the London Bus Museum (Cobham), and RMC 4 is in private hands.
All featured were developed by London Transport. However, RMs 1 and 2 had AEC running units and were bodied by Park Royal, RML Leyland units and bodywork by Weymann, and RMC 4 a body supplied by Eastern Coachworks. 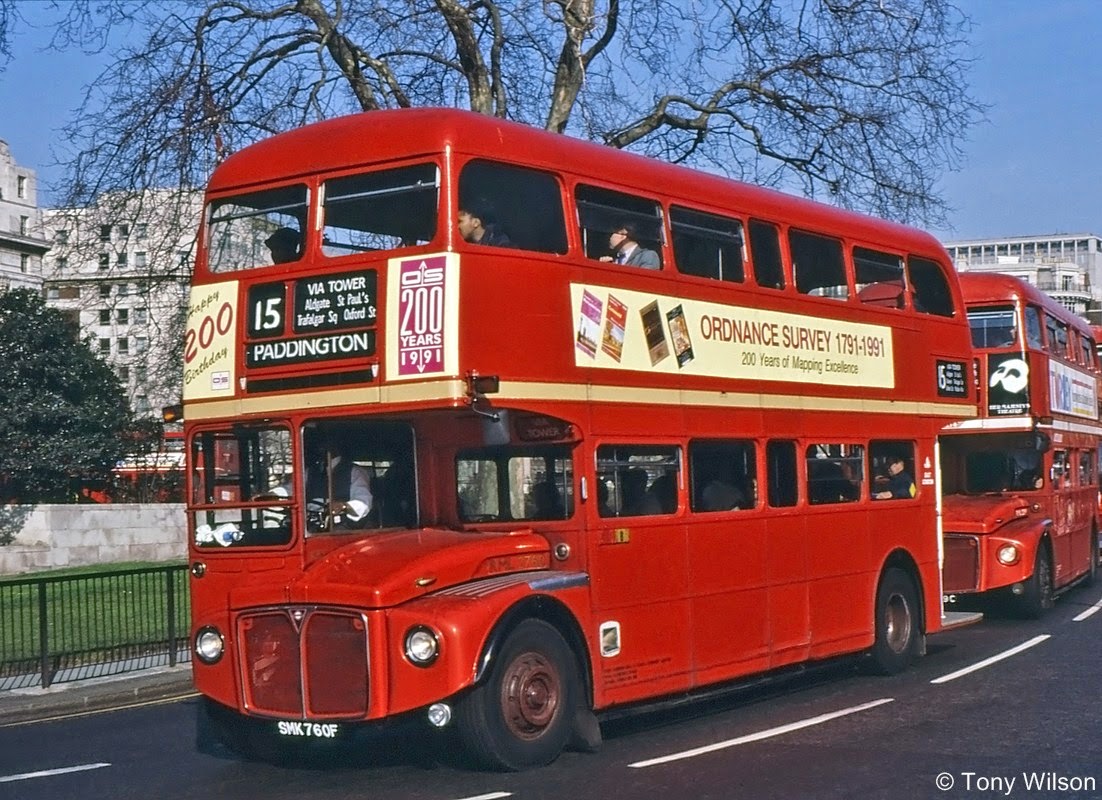