NOT A GOOD DAY FOR STEAM

Having started a lineside fire north of Leeds whilst working Railway Touring Company's The Wizard Express II, 1Z57, 0650 Manchester Victoria to York, 5972 Hogwarts Castle (aka Olton Hall), which had taken over the train at Carnforth, was pulled up and instructions given by Network Rail that the train had to be diesel worked. 47580 County of Essex, which was on the rear, pushed the train into Leeds where a reversal took place and 47580 worked the train forward, with 5972 on the rear, via the booked route of Woodlesford, Castleford, Church Fenton. 5972 remained at York and the train returned in the hands of 47580. This was to have been a farewell tour for the Hall for a while as it is going on display at the Warner Bros Studio Tour attraction, Leavesden, London. 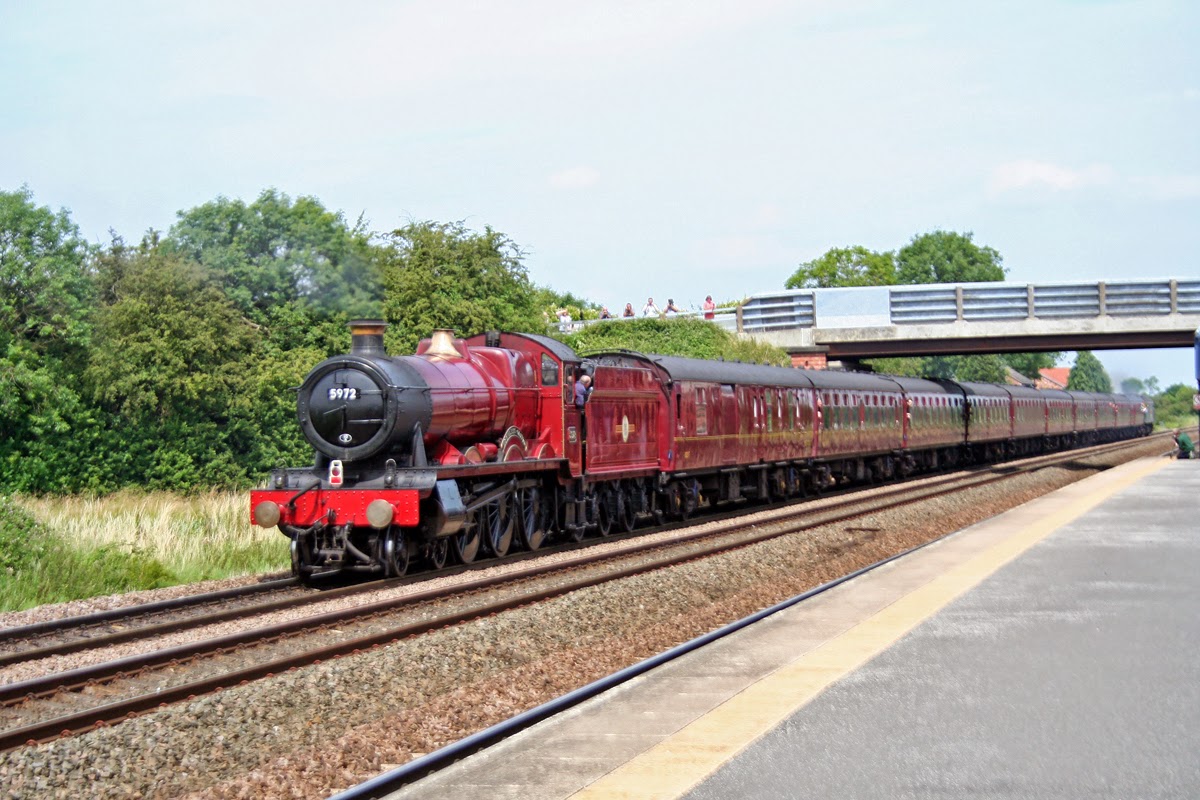 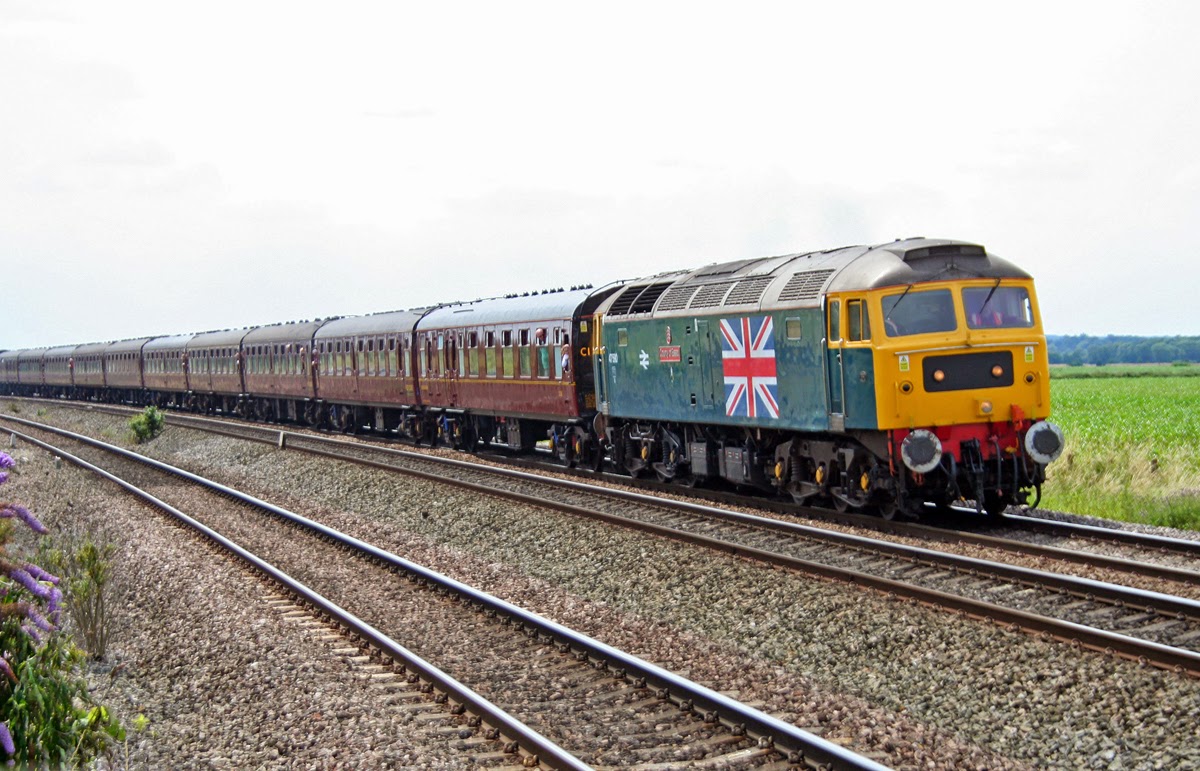 Vintage Trains 1Z32, The Scarborough Flyer, 0753 Tyseley Steam Trust to York started out in the hands of 46233 Duchess of Sutherland with 47773 attached to the rear. The Duchess was removed at York (Holgate) and 47773 worked the train forward as well as the return, 1Z33, 1709 Scarborough to Tyseley Steam Trust. The Duchess and support vehicles returned from York as 5Z33, 1559 York Loop (Holgate) to Butterley M.R.C.. 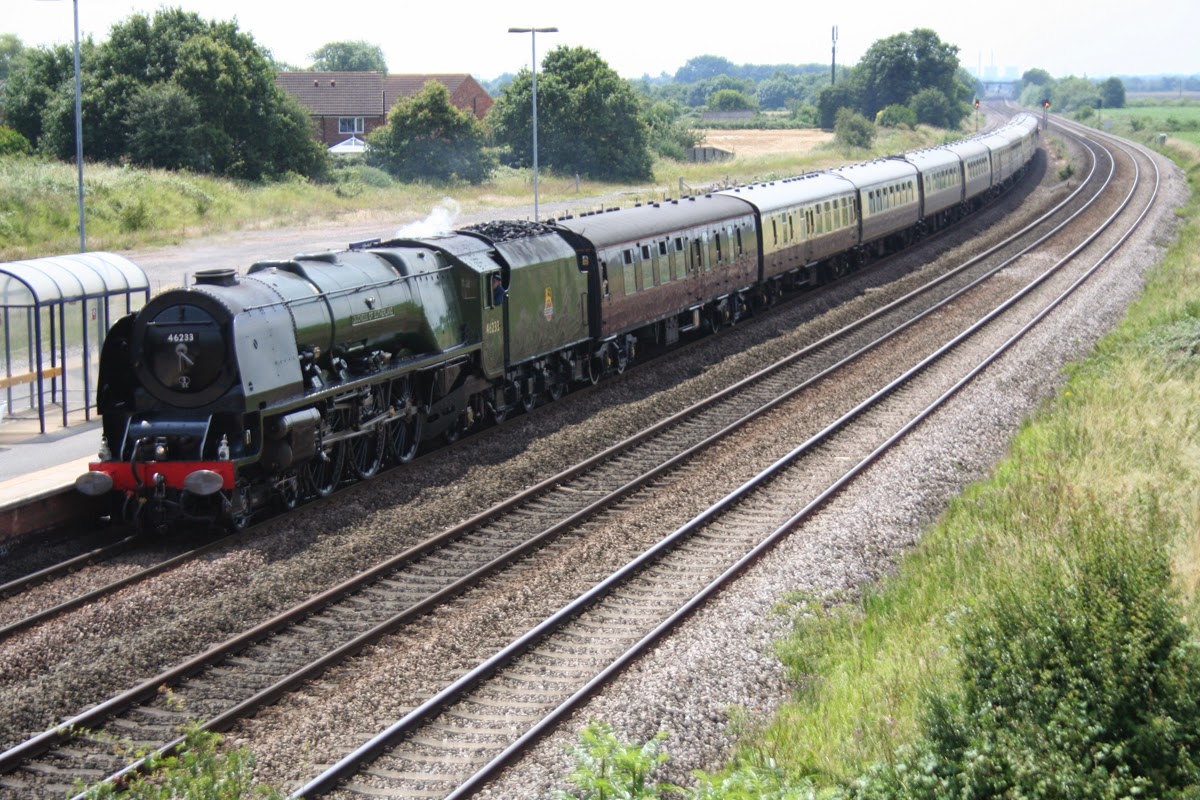 All photographs taken at Ulleskelf along with report by Paul Beardsley