Proposals to extend Crossrail to Hertfordshire to be announced 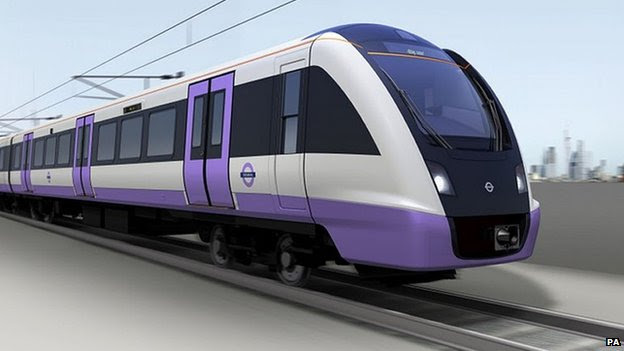 Proposals to extend Crossrail to Hertfordshire are being considered by the government, the transport secretary is expected to announce later.
Extending the service would reduce journey times between London and Hertfordshire by up to 16 minutes.
At the Crossrail site at Farringdon in central London, Patrick McLoughlin is expected to outline the benefits of extending the link.
Business groups in the area said an extension would drive economic growth.

Mr McLoughlin is expected to say the proposals would take the pressure off the Tube's busiest sections and make it easier to improve Euston, which will have 11 new platforms built under proposals for the HS2 high-speed rail project between London and the West Midlands.
Under the plans, stations likely to get Crossrail services will include Tring, Hemel Hempstead, Watford Junction, Berkhamstead and Harrow and Wealdstone.
The Crossrail project is the first complete new underground line in London since the late 1960s
Yolanda Rugg, chief executive officer at the Hertfordshire Chamber of Commerce, said the announcement would be "a catalyst to drive economic growth" in the area.
"It will provide vital high-speed transport connectivity from London to the new Watford Health Campus, and to the financial and creative services sectors," she said.