As the 2014 University term in Nottingham drew to a close, so did the operation of the bendibuses.

Introduced on the route 58 (City Centre & Arnold) in the very early 2000s in a green and white livery, and kept busy ever since, their time on the city streets has now ended. In more recent years they have been employed as student movers for the Nottingham Trent University out on the south side of the city. For this they received a dedicated blue and white livery with bold 'unilink' branding.

Whilst the majority were Scania products with Wrightbus bodywork, there was one which was an all-Scania version. It is understood that the first have gone to be scrapped already.

As to what replaces them on the student service, all should be revealed when the new educational year commences at the end of summer. In the meantime a few images of the benidibuses in action. 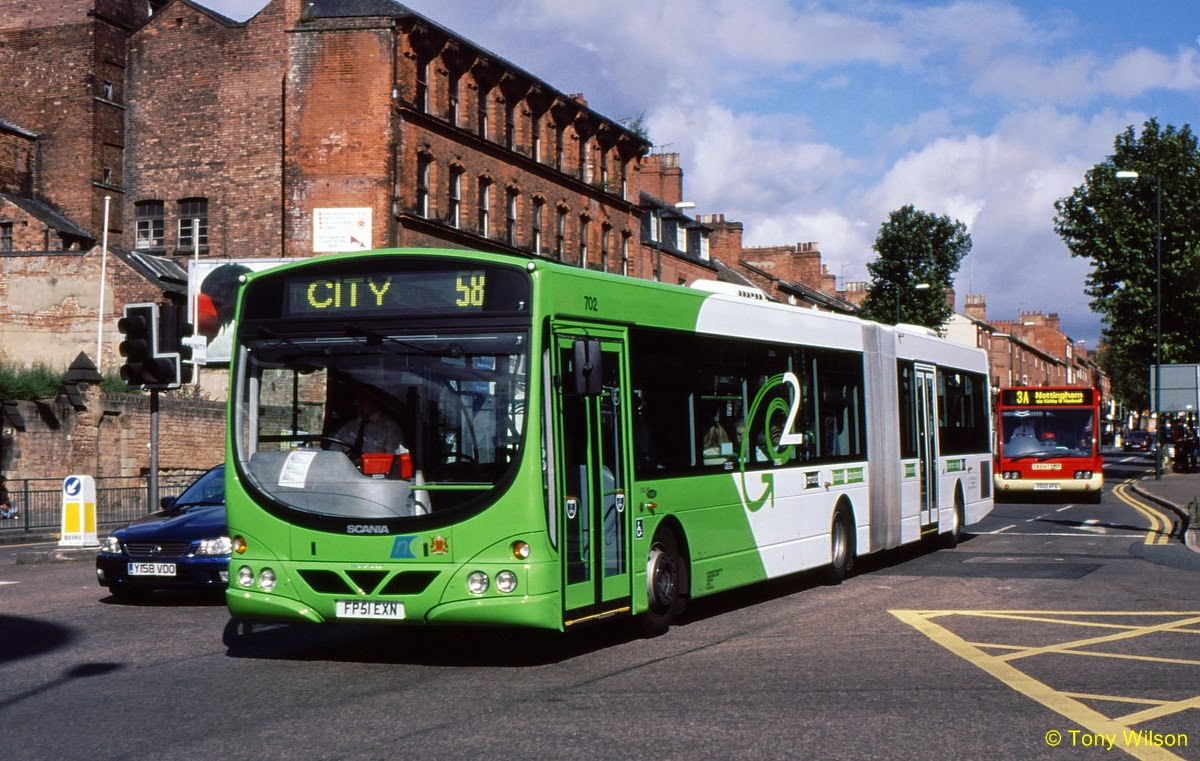 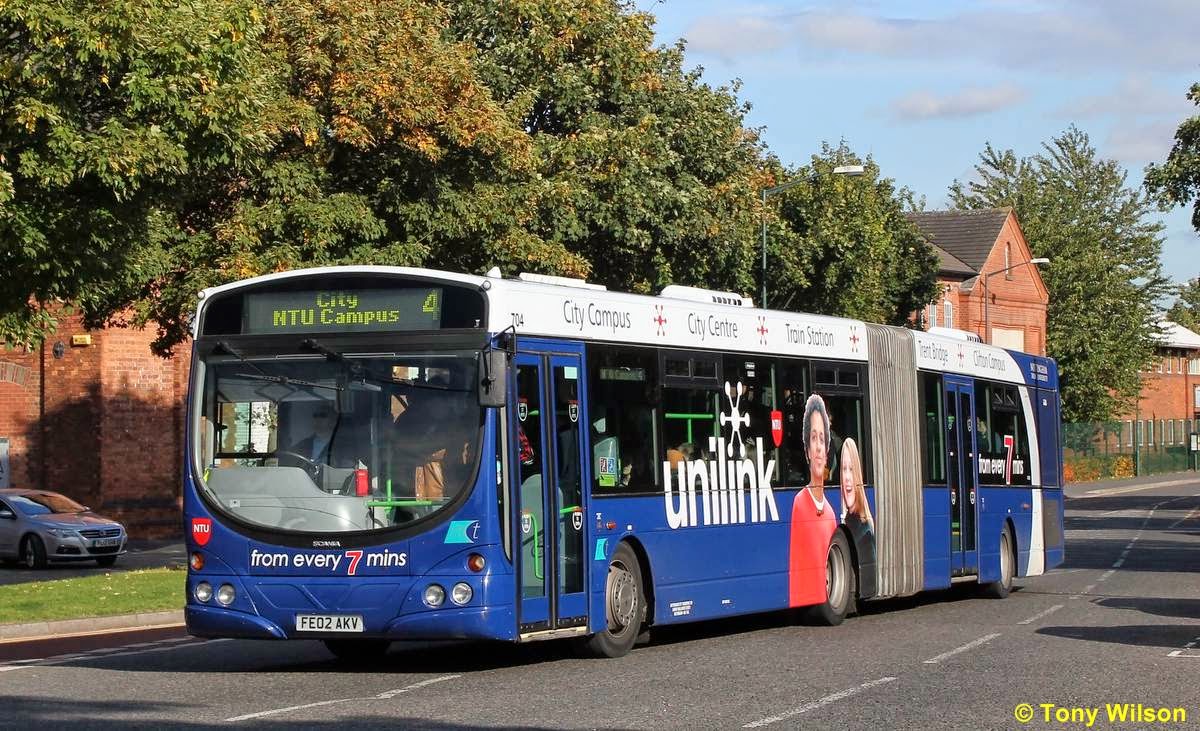 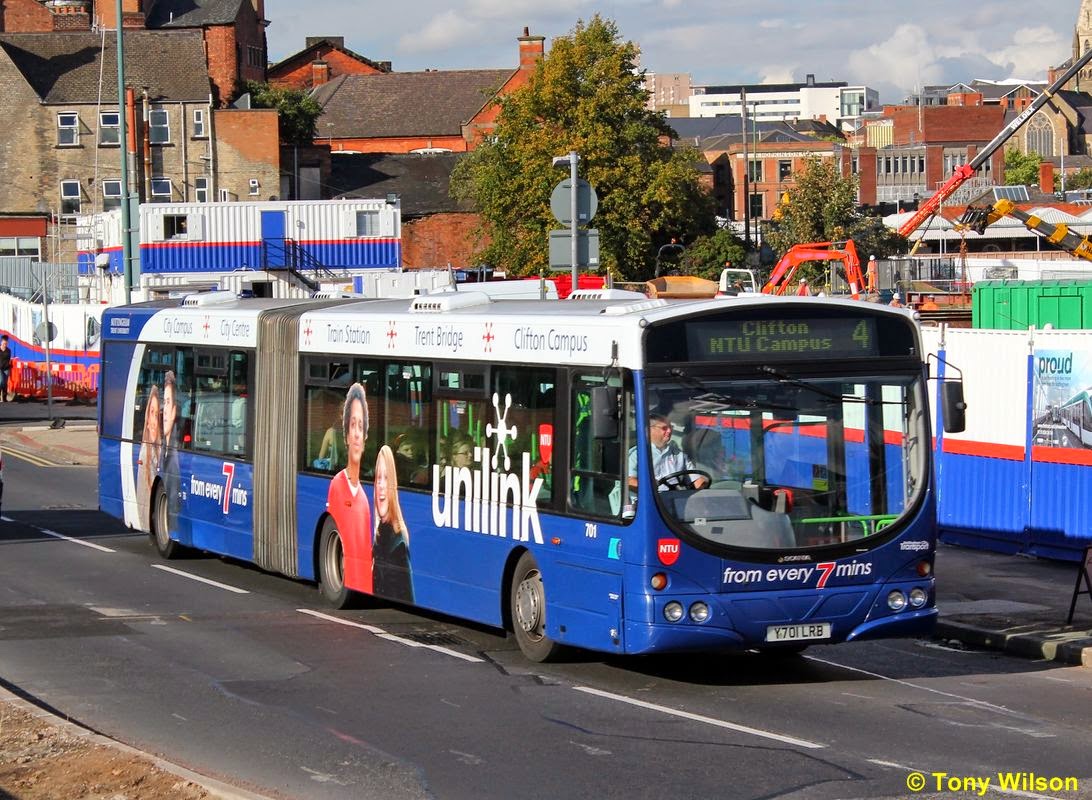 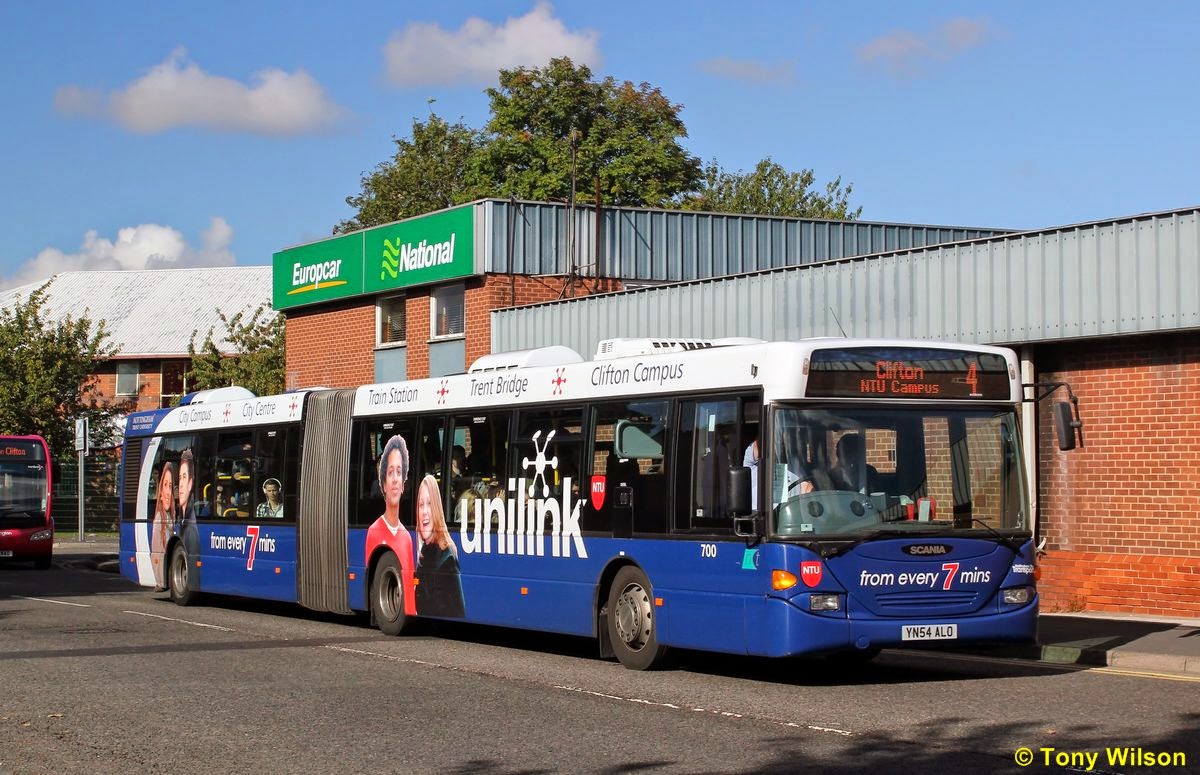