The publicly-owned railway company East Coast returned almost £220m to the taxpayer last year, according to its annual results.
Directly Operated Railways - which was set up by the government in July 2009 to run the East Coast franchise - has announced a post-tax profit of £6.2m.
Its profit before tax and fees to the Department for Transport was £225m, an increase of 8% on the year before.
The franchise is due to be re-privatised in March next year.

Labour has said it would allow public-sector operators to challenge private firms for rail contracts, if it wins the general election in 2015.
DOR took over the East Coast franchise when National Express's contract was terminated in November 2009, because of financial difficulties. 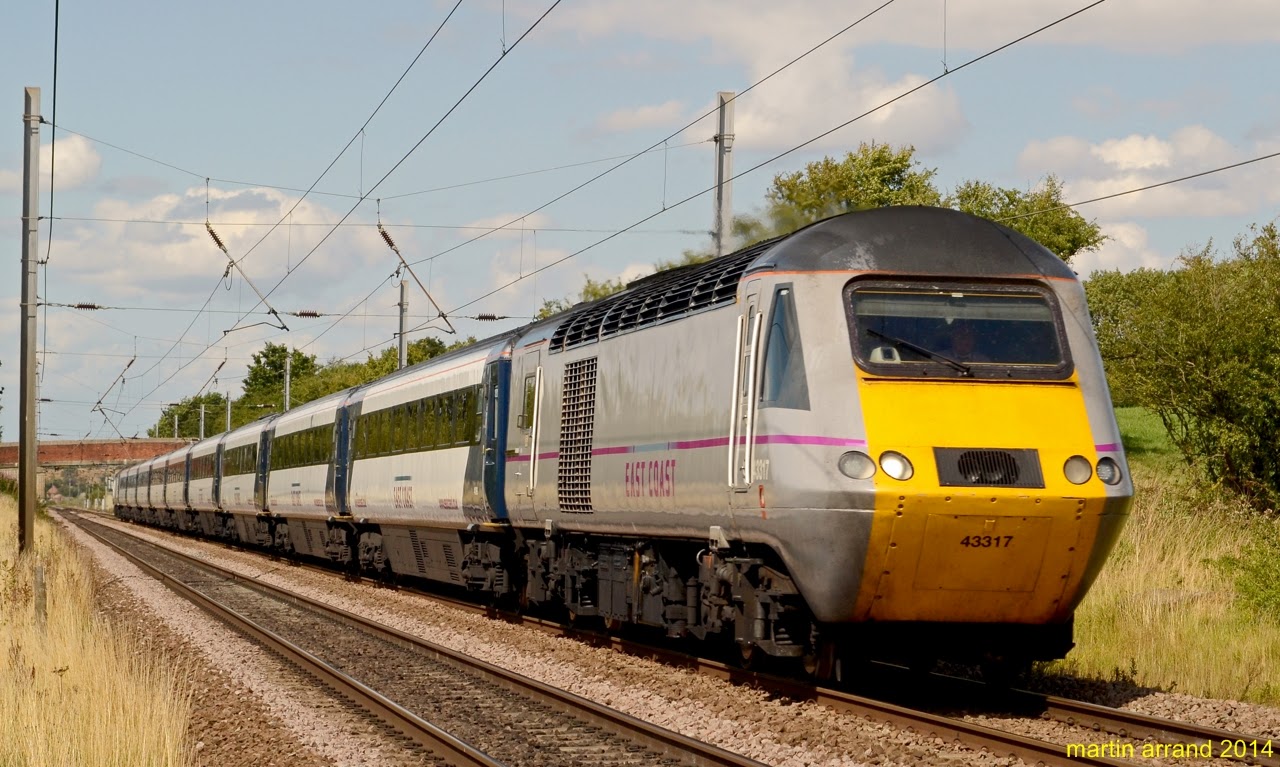 
The chairman of DOR, Doug Sutherland, said: "Our financial performance has been good throughout the year, with £216.8m provided to the DfT in premium and dividend payments, up from £202.8m the year before.
"The business plan for the remainder of the franchise will see the good work continuing, with the twin aims of ensuring a successful transfer of the business back to the private sector in good condition, and maximising the value of the franchise achieved by the government and the taxpayer."
The acting general secretary of the RMT union, Mick Cash, said the franchise shouldn't return to the private sector next year.
"Despite the continued stunning financial and operational success of the publicly-owned East Coast service, this right-wing Government are hell bent on smashing it up and taking another gamble on a private operator," he said.
A spokesman for the Rail Delivery Group, which represents Network Rail and the rail operators, said private firms also returned large sums to the taxpayer.
"It remains the case that East Coast is just one of a number of operators making payments to government," he said.
"Latest figures for 2013-14 show the biggest payment was made by private operator South West Trains, which paid over £300m." 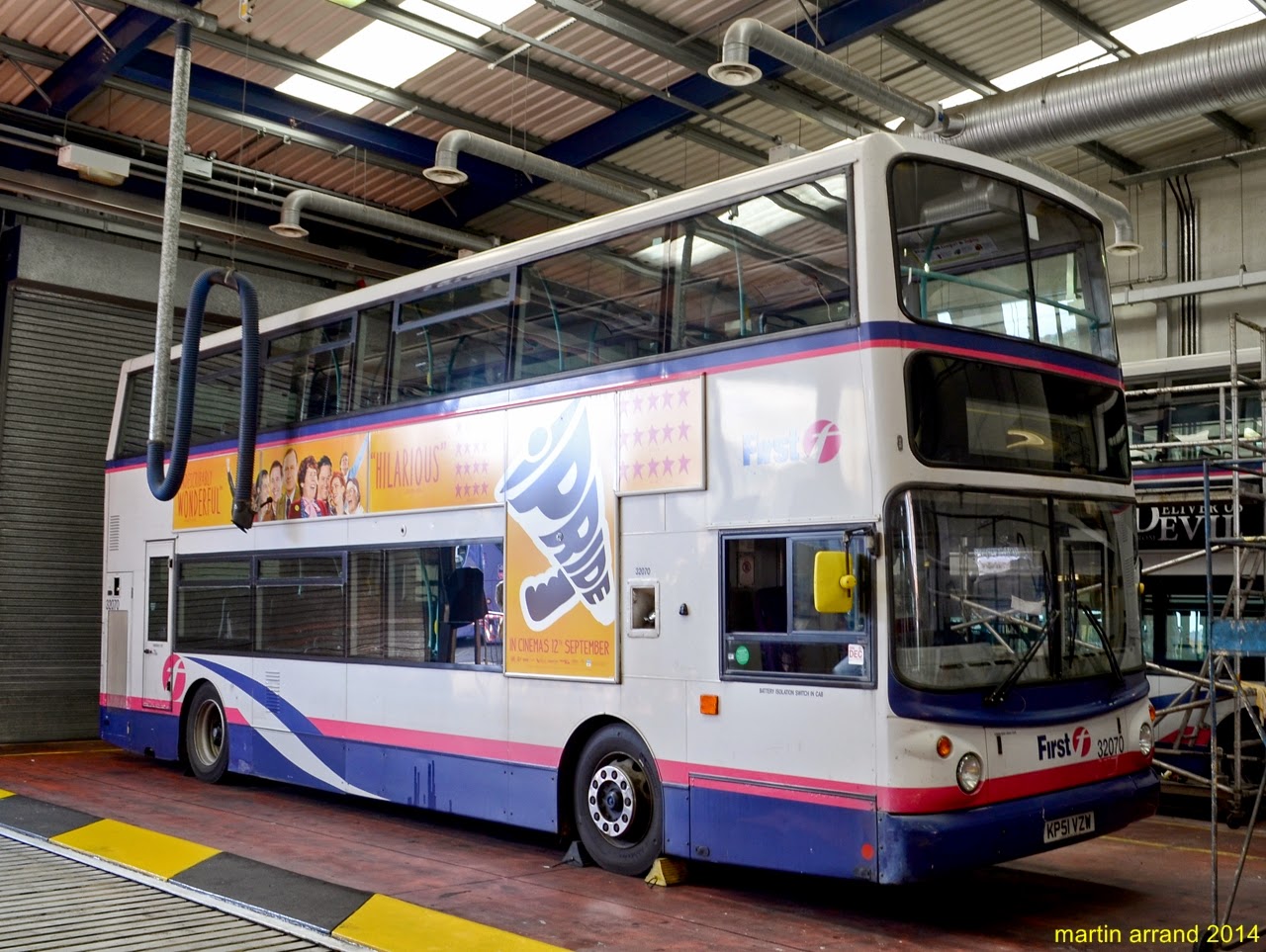 Another small set of images from the Leicester bus running day can now be viewed by clicking on here.


On the same day as the vintage running day event was held at the Abbey Pumping Station, First Leicester held an open day at their nearby Abbey Lane depot. Visitors were invited to view the workings of the premises on guided tours, and also allowed the experience of being driven through the bus wash. 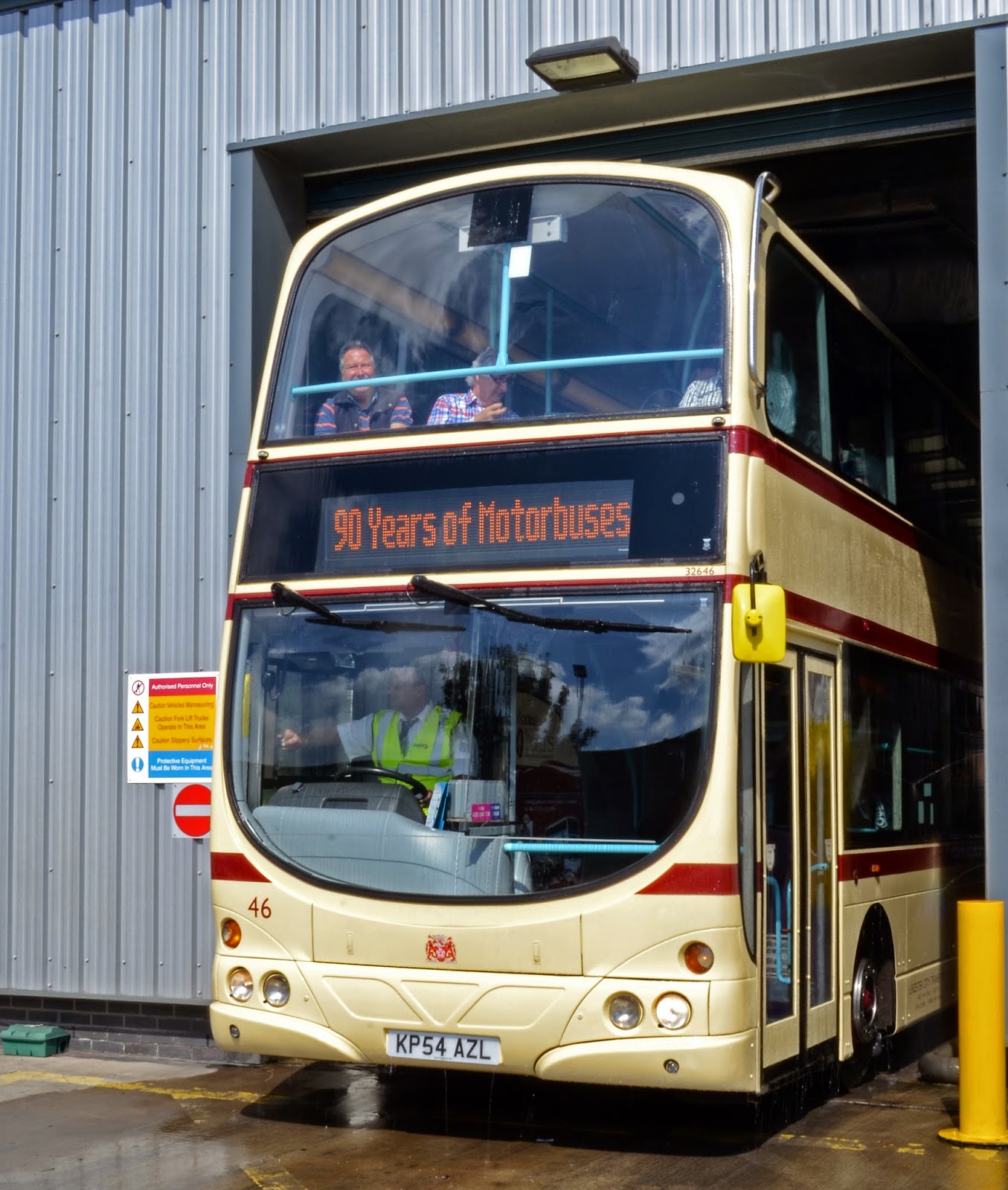