Thirty of Go North East’s Volvo B9 double deck buses are to be retrofitted with hybrid flywheel technology after north east councils worked together to win a slice of Government money.

Newcastle and Sunderland City Councils received £472,000 after putting together an award winning bid to The Clean Vehicle Technology Fund on behalf of the North East Combined Authority.

The Fund is designed to pay part of the cost of modifications to public service vehicles that will reduce by 25 per cent the amount of exhaust fumes emitted into the air in our towns and cities.

Kirk Trewin, chief engineer at Go North East, said: “The Go-Ahead Group has collaborated with GKN Hybrid Power to develop this innovative technology. These hybrid conversions will see an important reduction in nitrogen dioxide and CO2 emissions on some of the busiest bus corridors across Tyne and Wear and in to Northumberland.”

Go North East will fit the system to its modern ‘Cobalt Clipper’ and ‘Fab 56’ double deck buses running between Newcastle, North Shields, and Blyth, and Newcastle, Washington and Sunderland.

Leader of Newcastle City Council, Cllr Nick Forbes, who has lead responsibility for transport on the North East Combined Authority, welcomed the cleaner and greener buses.

Cllr Forbes said:  “This investment means the North East leads the way on introducing greener vehicles onto our local roads.

“The new technology will improve fuel efficiency while reducing exhaust emissions which means less pollution in the atmosphere and cleaner air for everyone. 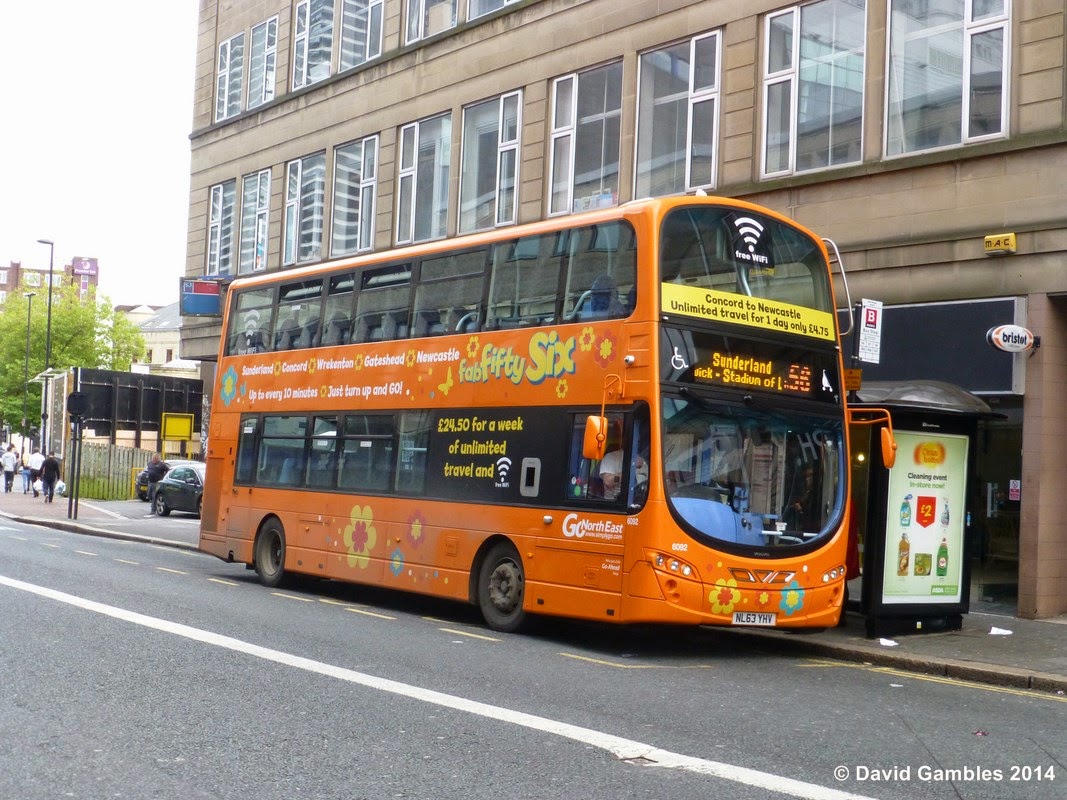 “This is an imaginative project which will bring real health benefits while supporting skilled jobs in environmental technologies and boosting economic growth.”

Leader of Sunderland City Council, Councillor Paul Watson added: "Working together with our local government and regional partners, we are continuing the technological and infrastructure developments needed to reduce emissions and improve our environment and air quality.

"This latest funding acknowledges the progress being made in our region, and adds to the significant investments we have all made to encouraging and creating a more sustainable and effective transport system."

The innovative Gyrodrive system is based on Formula One race technology developed in the UK. It will help increase the efficiency of each bus by using less fuel and thereby reducing carbon emissions. This same technology helped Audi’s R18 e-tron win at Le Mans in June this year.

The system uses a high speed flywheel made of carbon fibre to store the energy generated by a bus as it slows down to stop. It then uses the stored energy to power an electric motor which helps accelerate the bus back up to speed, generating fuel savings of more than 20 per cent.

The 2014 Clean Vehicle Technology Fund award builds on the success of last year’s Clean Bus Technology Fund which awarded over £600,000 to fund the fitment of specialist catalyst to 40 buses to reduce emissions.

The effectiveness of the technologies will be monitored to provide a useful learning tool for other local authorities also considering green vehicle upgrades.

Work to fit the equipment will start in March 2015.