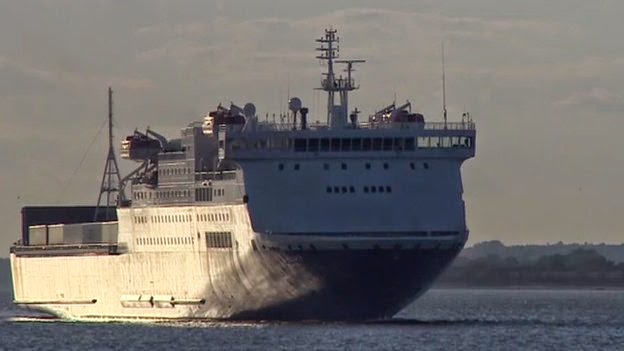 The UK's only ferry link to Scandinavia has closed for good, marking the "the end of an era", its operator says.
The route between Harwich, Essex and Esbjerg in Denmark, run by DFDS Seaways, has been in operation for nearly 140 years.
The company said the route "has been struggling for a long time" and would not be able to take on costs associated with a new environmental law.
From 1 January 2015, a European Union directive aimed at reducing sulphur dioxide emissions from ships will come into force.
DFDS said this would have resulted in a £2m a year increase in the cost of the Harwich to Esbjerg ferry route.

Mr Smedegaard said the company had not been able to reduce costs enough to enable the route to bear the extra charges.
The final ferry sailed on Sunday 28th September.
Chief executive of DFDS Seaways, Niel Smedegaard, said: "The route is of particular historical significance to DFDS so it's a very sad day for us all.
"Our regrets go to our many passengers who must now see our last passenger ferry route between the UK and Scandinavia close." The route from Newcastle closed some years ago.