Work to make a new £91m bus route quieter after residents complained about noise has failed, a council has said.
Luton Council spent about £6,000 filling the gaps in the tracks on the Luton and Dunstable guided busway with a flexible material.
It believed the noise came from spaces between the concrete beams and this was a "possible solution".
A spokesman said it was "disappointed" noise levels had not fallen.
The council said it was continuing to look at other solutions but some remedies had already been ruled out.
The eight-mile (13.4km) mainly guided route along a stretch of old railway line from Luton to Dunstable opened last September. 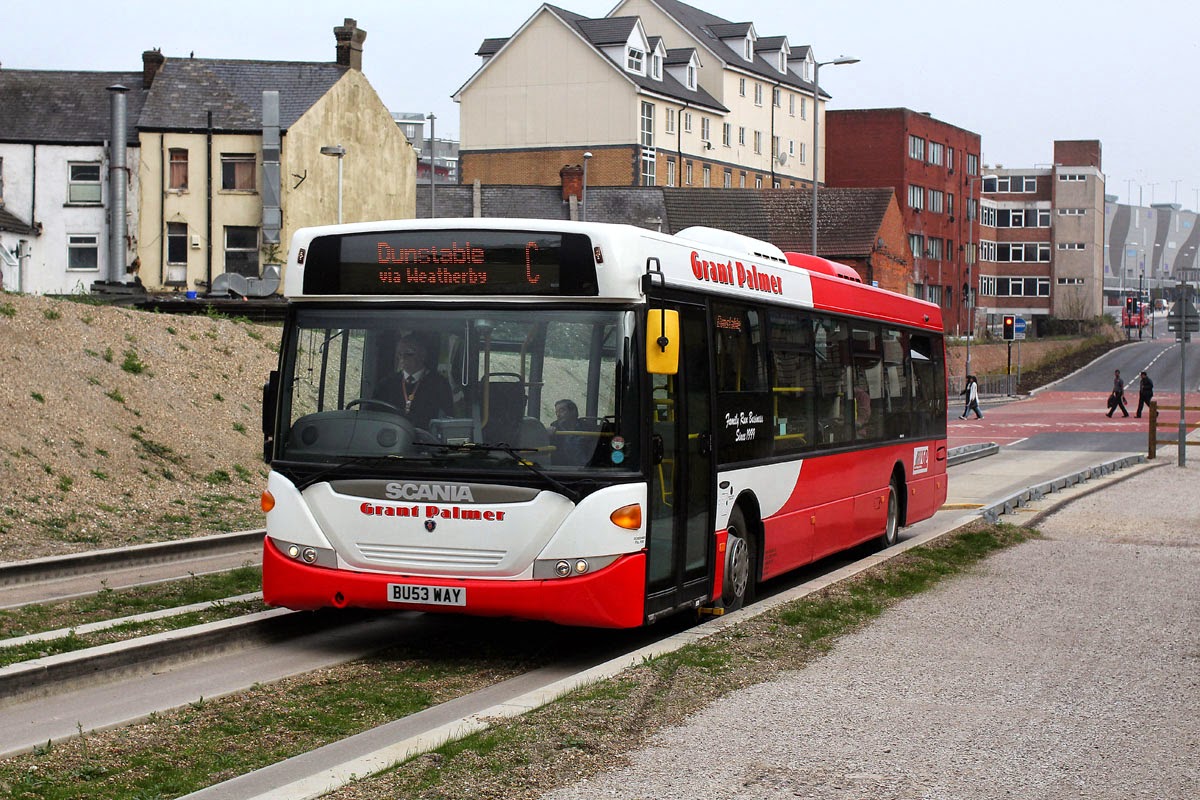 Three bus companies - Arriva, Centrebus and Grant Palmer - provide services up to every eight minutes at peak times.
But some people living next to the tracks have complained about being kept awake.

One resident living less than 200m from the track, who did not wish to be named, said it was "torture" and she was "just being worn down by it".
Luton Borough Council said it had met noise consultants, filled the gaps in the tracks between Dunstable and Skimpot Road and monitored results.
"The positive progress that was being made over the last few months to find a possible solution has not resulted in a reduction of the noise," a statement said.
Jan Chamberlain, of Ludun Close in Dunstable, who had a microphone put in her garden by the council, said the remedial work had made "no difference".
"It actually sounds like somebody running up the stairs, it's very invasive," she said.
A spokesman said: "The alternatives of replacing the guided busway with an unguided section or the reduction of bus speeds are not considered to be acceptable."