NOT ON THE YORKSHIRE BUSES

A recent television series titled "On the Yorkshire Buses", featured management, staff and the buses of the East Yorkshire Motor Services bus company. The eight episodes concentrated on the depots at Hull and Scarborough. Included were frontline routes in both locations plus the seafront services at Scarborough. The series was aired during August and September.

Almost all observed during the series were modern low-floor buses of various makes and design, but little was seen of the fleet of former London Routemasters. Regrettably after some twenty-six years, the type has now been withdrawn. 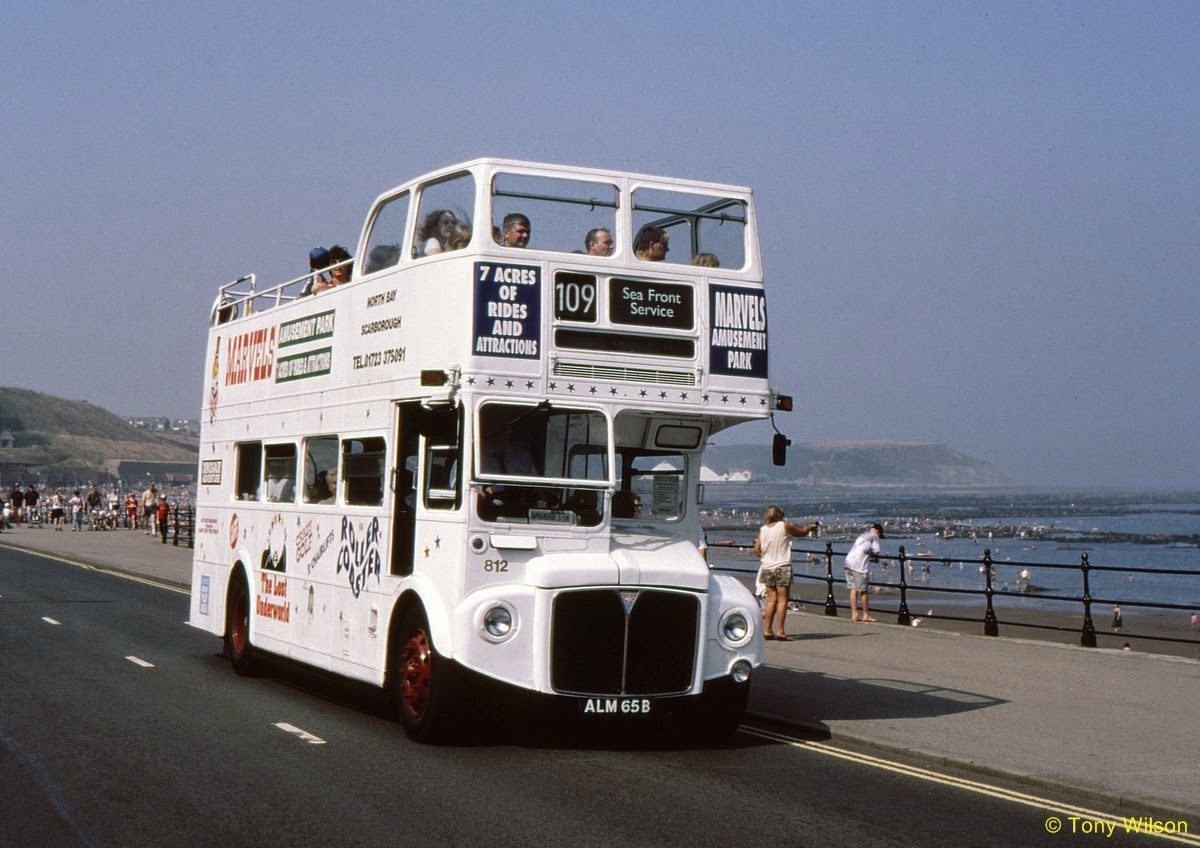 It was during July 2014 what was RM 2065, number 812 in the EYMS fleet, was the last of the type sold and went off to the Purfleet-based Ensignbus dealership. 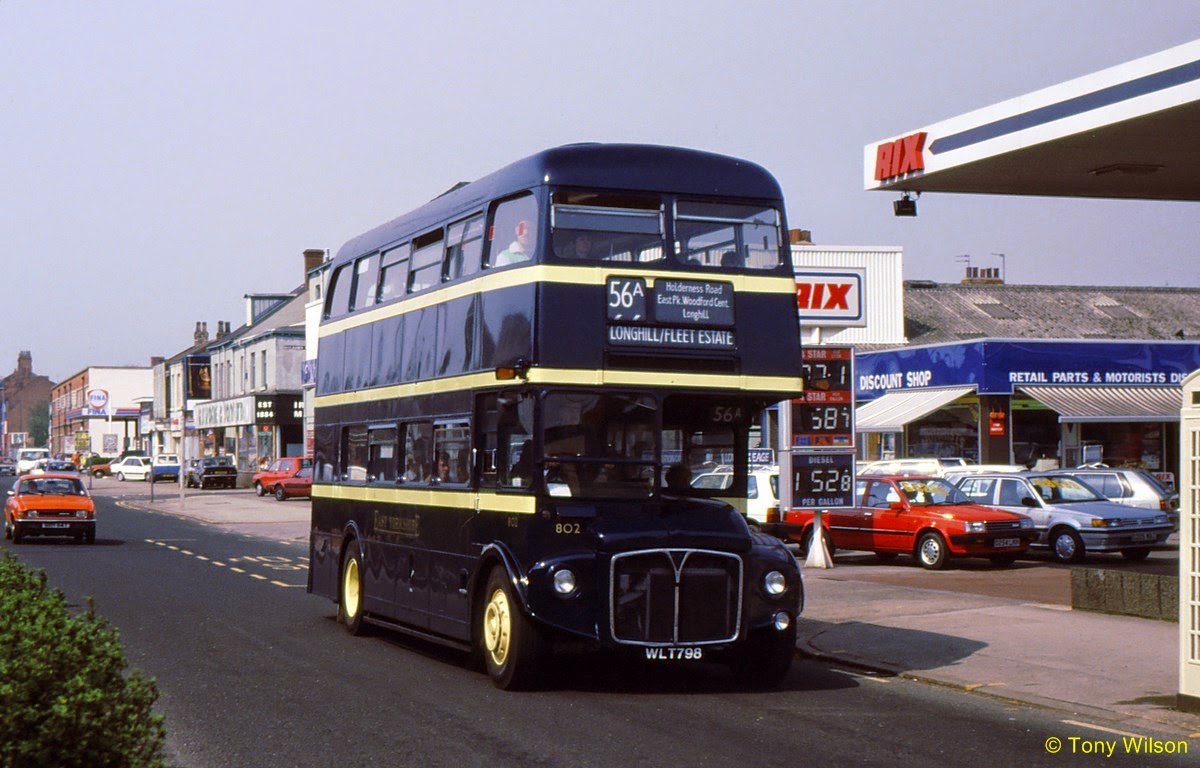 After having served the English capital for many decades large numbers of the type were sold off during the 1980s and East Yorkshire acquired a number for crew-operated stage services in Hull. 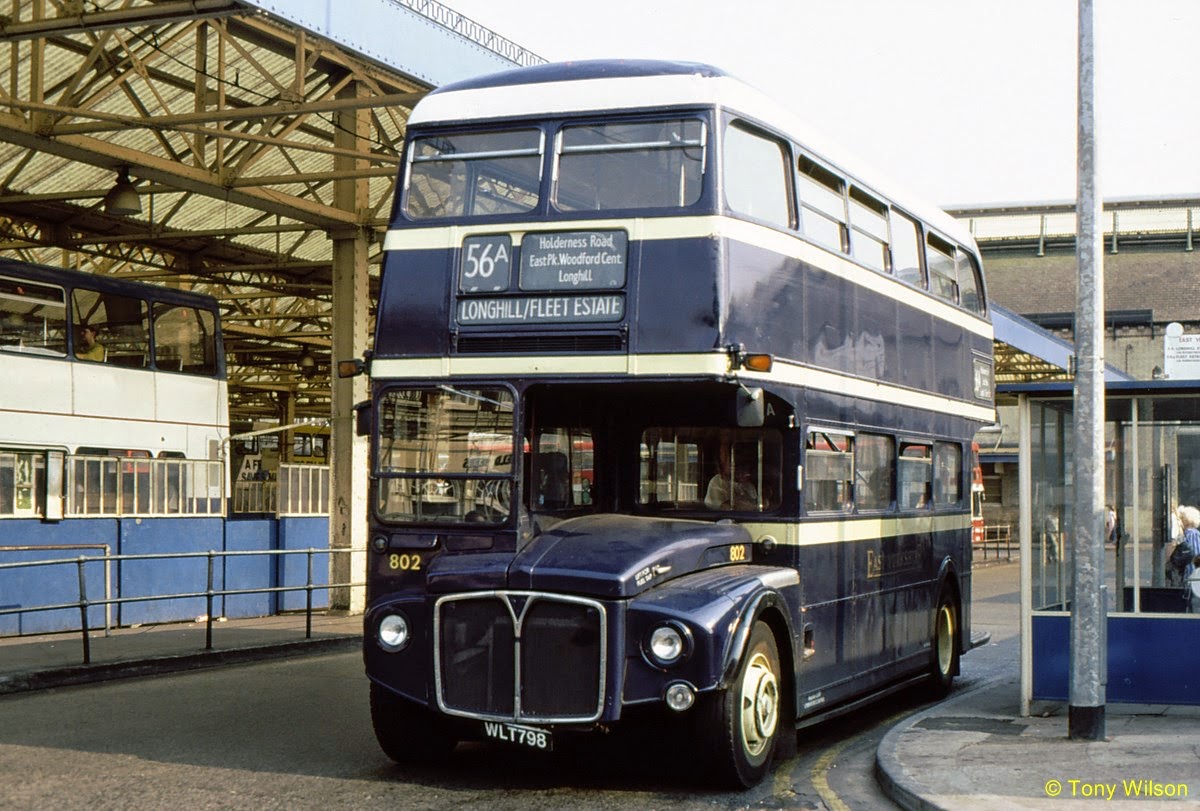 Painted in the dark blue and white livery they appeared to spend much of the time on the 56/56A group of route out along the Holderness Road to the Longhill area.

However, during the mid-1990s they had served their purpose and were withdrawn. Once again though after their tops were removed, so to speak, they soon found further employment. 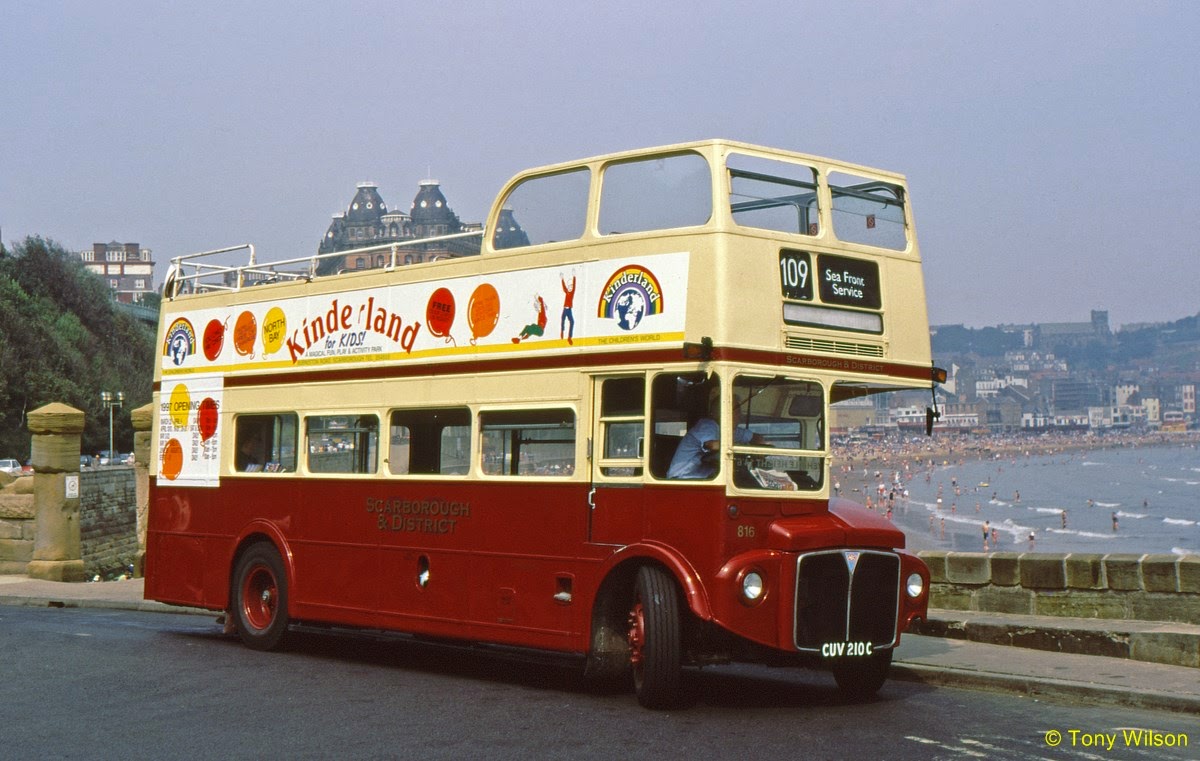 Transferred northwards the fleet were based at the Scarborough & District operation and put to work on the seafront service.

This ran from South Bay to the Corner Cafe at North Bay and the buses appeared in a variety of guises over the following years. 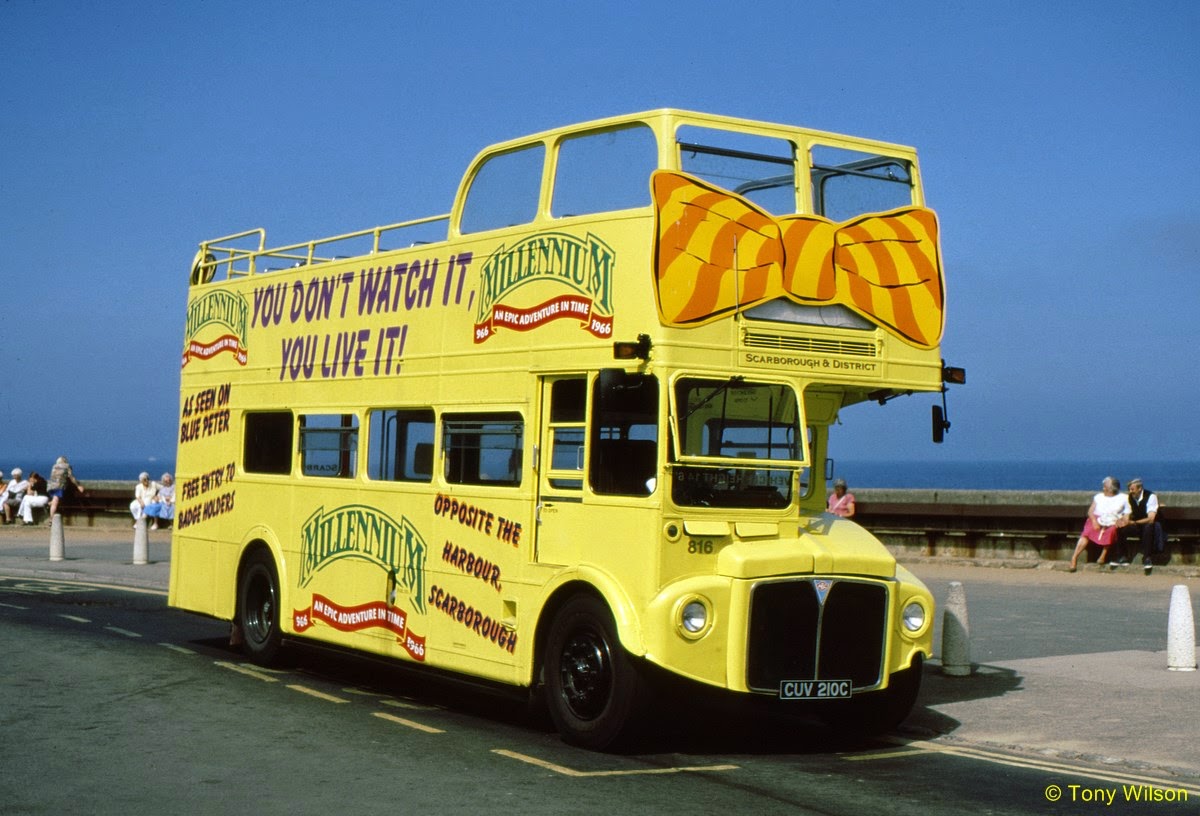 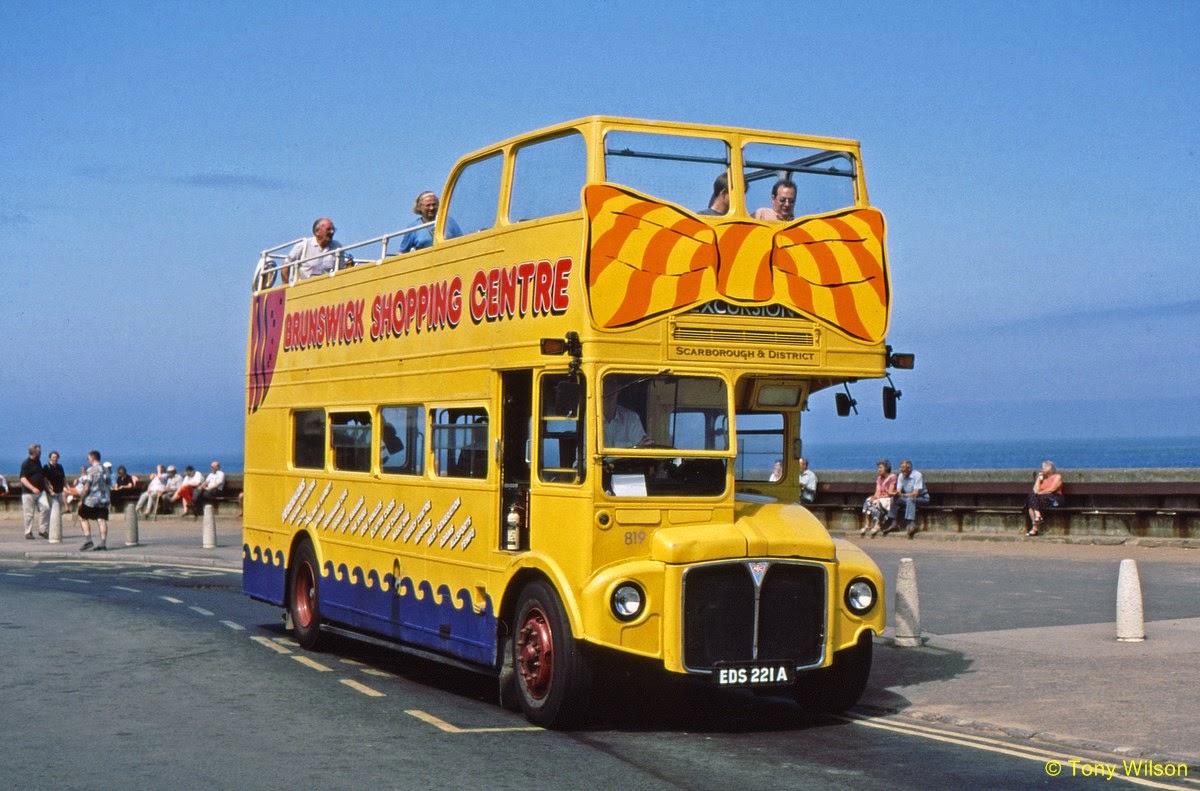 For a few seasons the buses were adorned with large bow ties, and the drivers too wore similar types of tie, although not as bold of course. 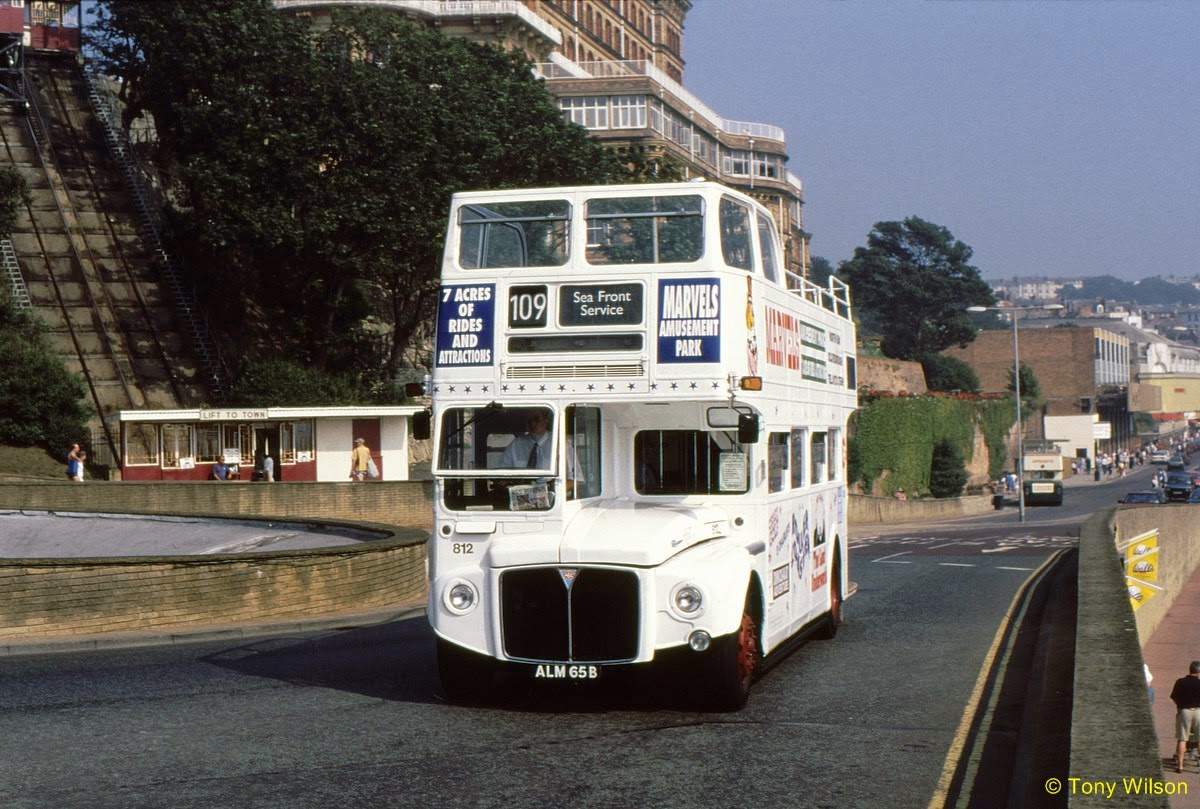 But regrettably this all came to an end this year when Routemaster RM 2065 turned its last wheel in revenue-earning service, their place taken by a fleet of former low-floor open-topped double-decks, again sourced from one of the London fleets.