New rail services linking the North West and the Midlands to London have been approved. 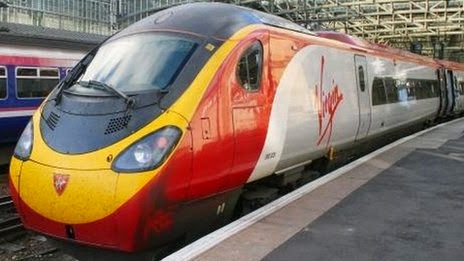 The Office of Rail Regulation (ORR) said Virgin Trains can run direct services from Blackpool and from Shrewsbury into Euston station.
Blackpool North will have one train a day on weekdays, starting from 15 December.
Shrewsbury will have two services in each direction on weekdays from 14 December.
'Valuable addition'
Blackpool has been campaigning for a rail link to London ever since the last direct service between the resort and the capital was scrapped in May 2003.
A 4,000-name petition calling for the service to Shrewsbury, which ended in 2011, to be restarted was presented to Parliament in October.
The Blackpool service will call at Kirkham and Wesham, Poulton-le-Fylde, Preston, Wigan North Western, Warrington Bank Quay, Crewe and Nuneaton.
Trains to and from Shrewsbury will stop at Telford Central, Wellington, Wolverhampton, Birmingham New Street, Birmingham International, Coventry and Rugby.

A spokesman for Network Rail said: "Direct trains between London and Blackpool and Shrewsbury will be a valuable addition to the services which already connect both towns to the rest of the rail network."