South West Trains has announced its intention to award a contract for 150 new train carriages to manufacturer Siemens and leasing company Angel Trains. 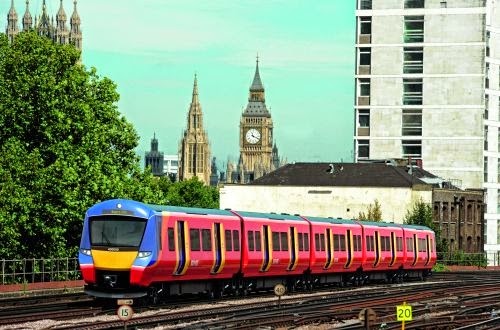 The 30 new five-carriage Desiro City trains will boost capacity on services at South West Trains, providing for more than 18,000 extra peak-time passengers every day travelling into London Waterloo, the country's busiest station.  The train order will also allow for a further 6,000 daily peak-time passengers once infrastructure upgrades are completed on the mainline and Hounslow loop.

The first of the new carriages will begin arriving in 2017 and all will be in service by early 2018. Major infrastructure improvements will be carried out at London Waterloo to enable the introduction of the new fleet of trains.

The order comes as South West Trains continues the roll-out of a £65 million investment in 108 additional refurbished carriages for the network. Collectively, these projects will deliver an increase in total peak-time capacity of around 30% by 2018.

Over the last two decades, the number of passengers using South West Trains services has increased by more than 100% and now over 222 million passenger journeys are made on the network every year.

The new train order is part of a comprehensive five-year plan developed by the South West Trains-Network Rail Alliance to transform services for passengers. It incorporates longer platforms, full re-opening of platforms at the former Waterloo International Terminal and other associated infrastructure improvements.

The project to introduce the new Desiro City trains is being managed by Stagecoach South Western Trains. Formal completion of the contract award is subject to a standard standstill period. The process, which will also include an amendment to the current franchise agreement, is expected to be finalised within the next few weeks.