Airbus has celebrated the certification of its newest jet with a breathtaking formation flight video featuring its test planes, which are being touted as the future of long-haul travel.


The European aircraft-maker's newest wide-body jet is the A350 XWB - a long-range, twin-engine airliner, powered by two very quiet Rolls Royce Trent XWB engines.
It's also the first of its kind to have both fuselage and wing structures made up of 53 per cent carbon-fibre-reinforced polymer, which helps its fuel efficiency.

The planes, worth £1.9bn, soared high above Toulouse, France, near the Airbus headquarters in Blagnac, following their European EASA Type certification.
The incredible footage shows five of the planes gliding through the air, carrying out a breathtaking formation display.
Essentially, this certification means that the company will be able to make its first delivery - to Qatar Airlines - before the end of the year. 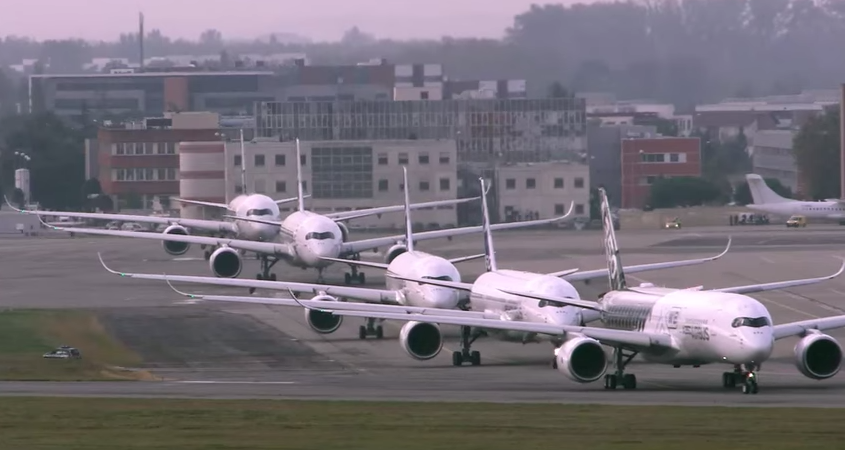 The revolutionary planes will be able to carry 250 to 350 passengers in a three-class seating layout.
While the planes have currently only been certified in Europe, it's expected that the Airbus' US FAA certification will follow shortly.
Airbus president and CEO Fabrice Brégier said: 'Accumulating more than 2,600 flight test hours, we created and successfully achieved one of the industry's most thorough and efficient test programs ever developed for a jetliner.'