APPEALING VOICES FOR THE POPPY

Joanna Lumley will be heard at stations including Stockwell, Tower Hill, Bank and Bond Street
The voices of celebrities including Stephen Fry, Barbara Windsor and Joanna Lumley will echo across trains and buses as part of London Poppy Day.
Manager Arsene Wenger and footballers Joey Barton, Andros Townsend and John Terry will voice the announcements at stations near their football stadiums.
There will also be special performances by X Factor group Rough Copy and magician Troy.
It is all in aid of the Royal British Legion's annual appeal.

To mark the centenary of the First World War, Transport for London has created a special poppy design incorporating the line from the famous poem by John McCrae, In Flanders fields the poppies blow.
The design will be displayed on all Tube and Docklands Light Railway trains, the Emirates Air Line cabins and trams.

Actor Brian Blessed will be heard at Waterloo 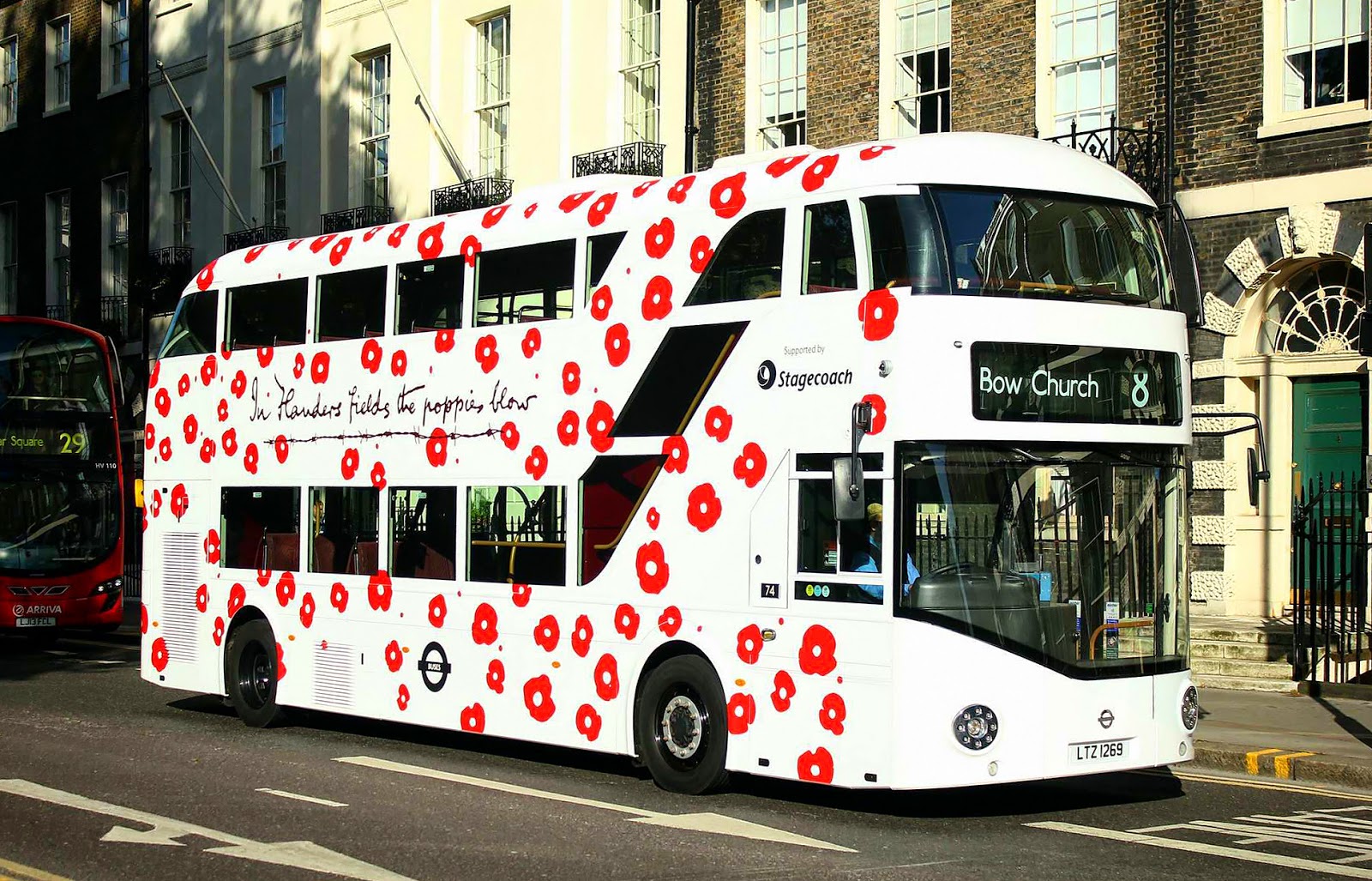 Two Tube trains, one on the Metropolitan line and one other on the Circle line; a London overground train and 10 London buses will also be completely wrapped in the design.
Visitors to Covent Garden will be able to see the world's only operational B-type bus, which was used to transport troops during the war. 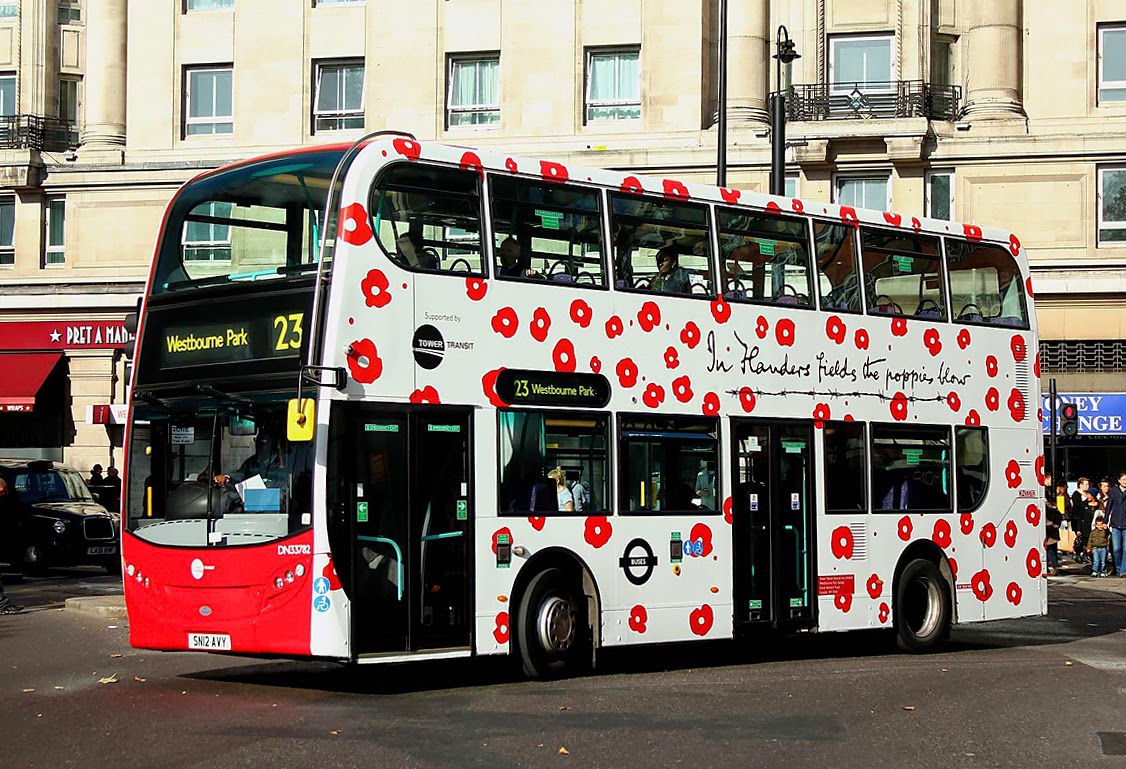 London's transport commissioner, Sir Peter Hendy CBE, said: "This time of year is always poignant as the nation remembers those who made such profound sacrifices, and this year is particularly important as we mark the centenary of the start of the Great War. 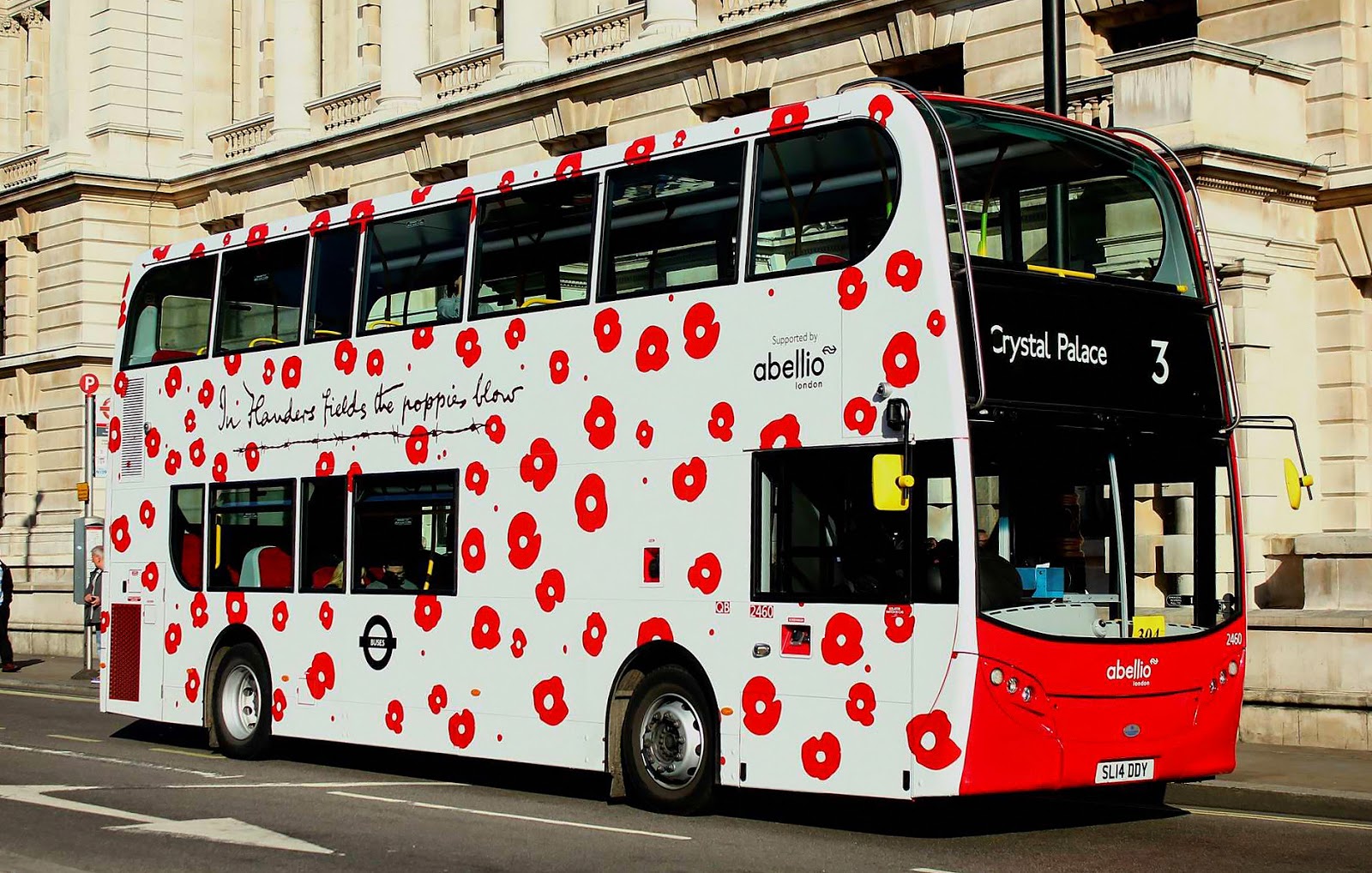 "People living and working in London will see our specially wrapped trains and buses displaying the poppy design, in honour of the 4,500 transport workers who gave their lives in both World Wars and other conflicts." 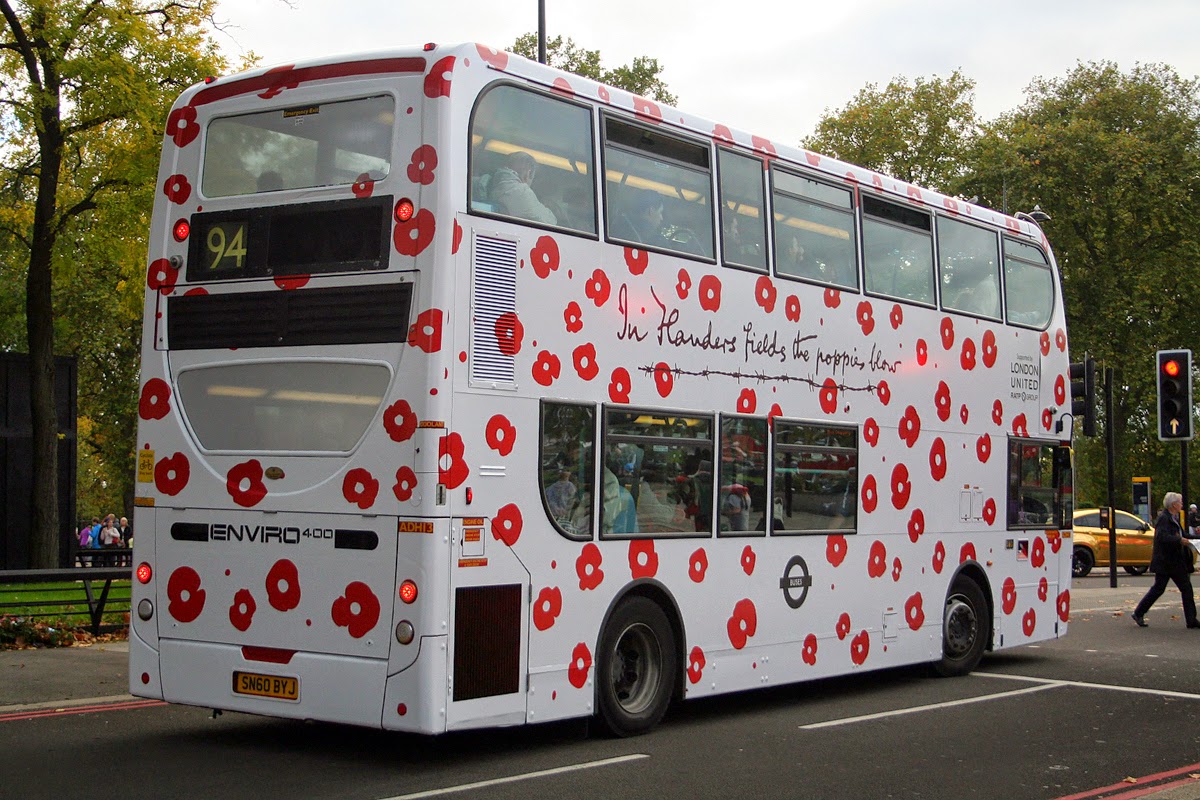