Campaign for Investment on Norwich to London Line

Commuters using a troubled rail line are being asked to join a campaign for more investment to allow faster trains.
Travellers on the line between Norwich and London often face delays caused by ageing signalling and power lines.
Campaign leaflets left on the seats of trains on the line explain how commuters can help lobby government. 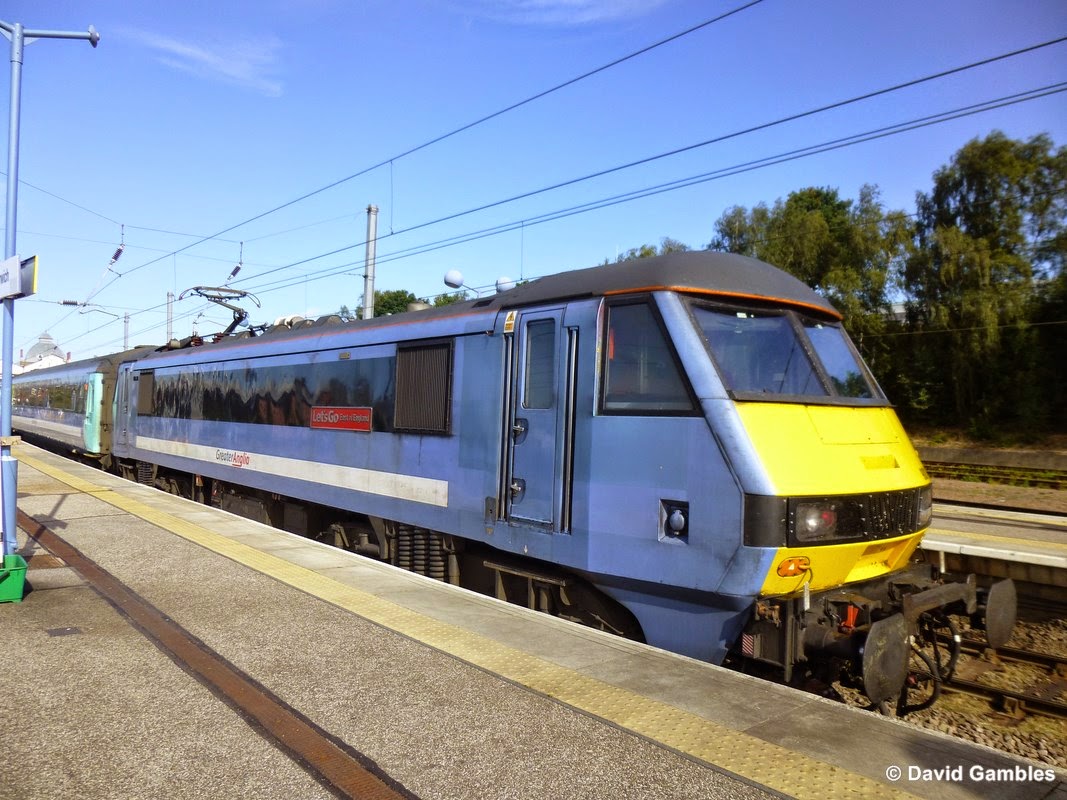 The Great Eastern Rail Campaign wants them to register their support for more investment to cut travel times between Norwich and London to 90 minutes.
Campaigners want travel times of 60 minutes between London and Ipswich and 40 minutes from the capital to Colchester.
Current journey times are two hours to Norwich, 80 minutes to Ipswich and about 60 minutes to Colchester.
Many business leaders, universities, colleges and MPs in Norfolk, Suffolk and Essex have already registered support on a campaign website.
A report is to be presented to Transport Secretary Patrick McLoughlin and Chancellor George Osborne outlining economic and business benefits of faster trains.
Jamie Burles, managing director of Abellio Greater Anglia, said: "It is important we make the strongest case possible to government to secure major improvements to infrastructure and rolling stock."
Mark Pendlington, chairman of New Anglia LEP and co-chair of the Great Eastern Rail Taskforce, said: "This is a big call to action and our biggest opportunity to make our voice heard loud and clear in Westminster."
A Passenger Focus survey earlier this year covering the south east of England revealed 75% of passengers were satisfied with their train service.
After several days disruption on the line last October Simon Wright, Liberal Democrat MP for Norwich South, said the east of England had "challenges dealing with an ageing infrastructure".
"It's a long term investment challenge but we need to get to grips with it now or it will never happen."
Mr Wright's call for investment was backed by local Conservative MPs Chloe Smith, Simon Burns and Richard Bacon.