Japan celebrates half a century of its 186mph bullet trains 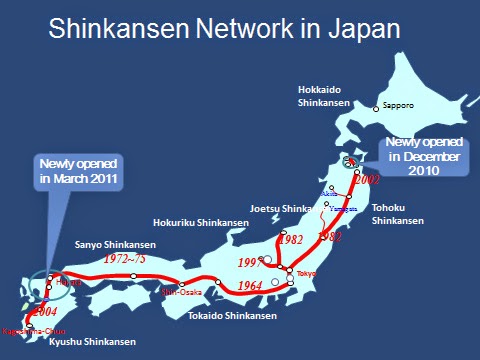 While Britain was closing railways and stations in 1964, Japan was changing the world of rail travel and launching its 130mph bullet-train which celebrated its 50 birthday today.
And while the UK's railway network continues to chug along and the £50 billion, 330-mile HS2 line project inches forward, Japan's Shinkansen has continued to speed ahead.
While its top speed was initially 130mph, it now races between Tokyo and Osaka at 186mph, the same speed as the Eurostar - which runs between London and Folkstone.


Japan's first bullet train, with its almost cute bulbous round nose, completed the trip between the two cities in four hours, shaving two and a half hours off the 319 mile journey. 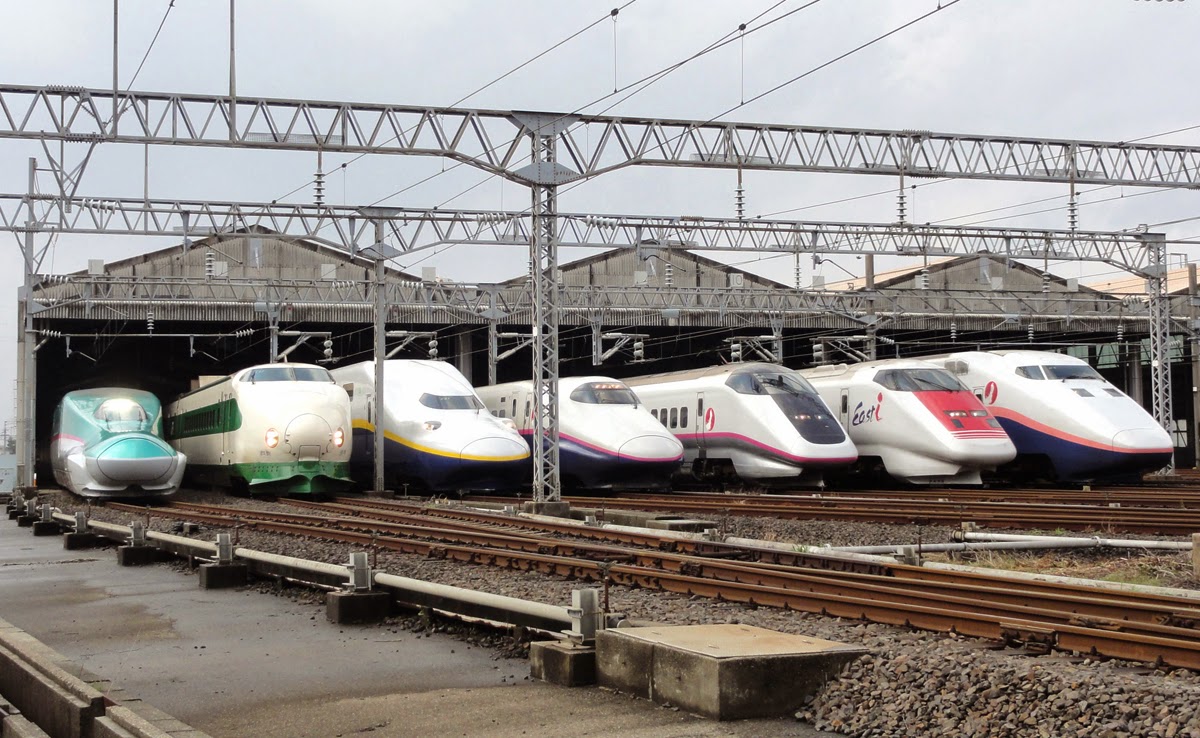