There are renewed calls for more trains to be run on the newly redoubled track between Swindon and Kemble.
The redoubling, which cost £45m, has increased capacity, but no extra trains will run on the route until a new service franchise agreement in 2017.
Conservative MP for the Cotswolds, Geoffrey Clifton-Brown, said it was "not very good" to have no more trains available.
First Great Western said it was "not feasible" to run additional services.
Mr Clifton-Brown said: "First Great Western have had plenty of time.
"What is the point in the Government putting in a £45m investment, only to say to us we've got to wait at least two years before you're going to see any improvements whatsoever in service?" 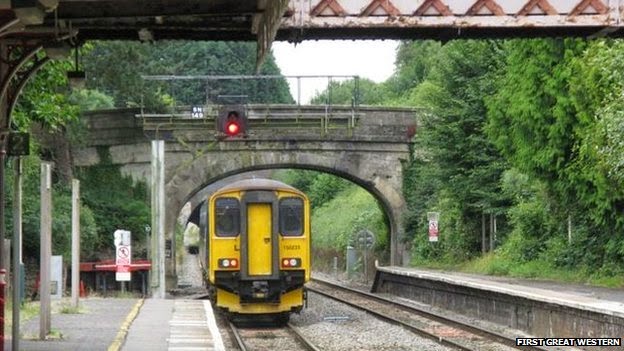 James Davis, from First Great Western, said: "The improvement in service can only be delivered where we have a rolling stock to be able do that.
"That's coming through the Government's investment in the Intercity Express Programme, with those additional trains coming into service from 2017 onwards.
"There are huge demands on our rolling stock across the network.
"We run over 1,500 services a day, so to be able to put on additional services straight away on this line is just not a feasible option."
Mr Clifton-Brown said he was also concerned there could be extra delays on the route now the re-doubling was complete.
"First Great Western have told me they are going to be using this line for diversionary services when they do rail improvements into Wales.
"I think we want to be really sure that we're... not going to have delays on the existing services."

The line was reduced to a single track in the 1960s as a cost-saving measure by British Rail.