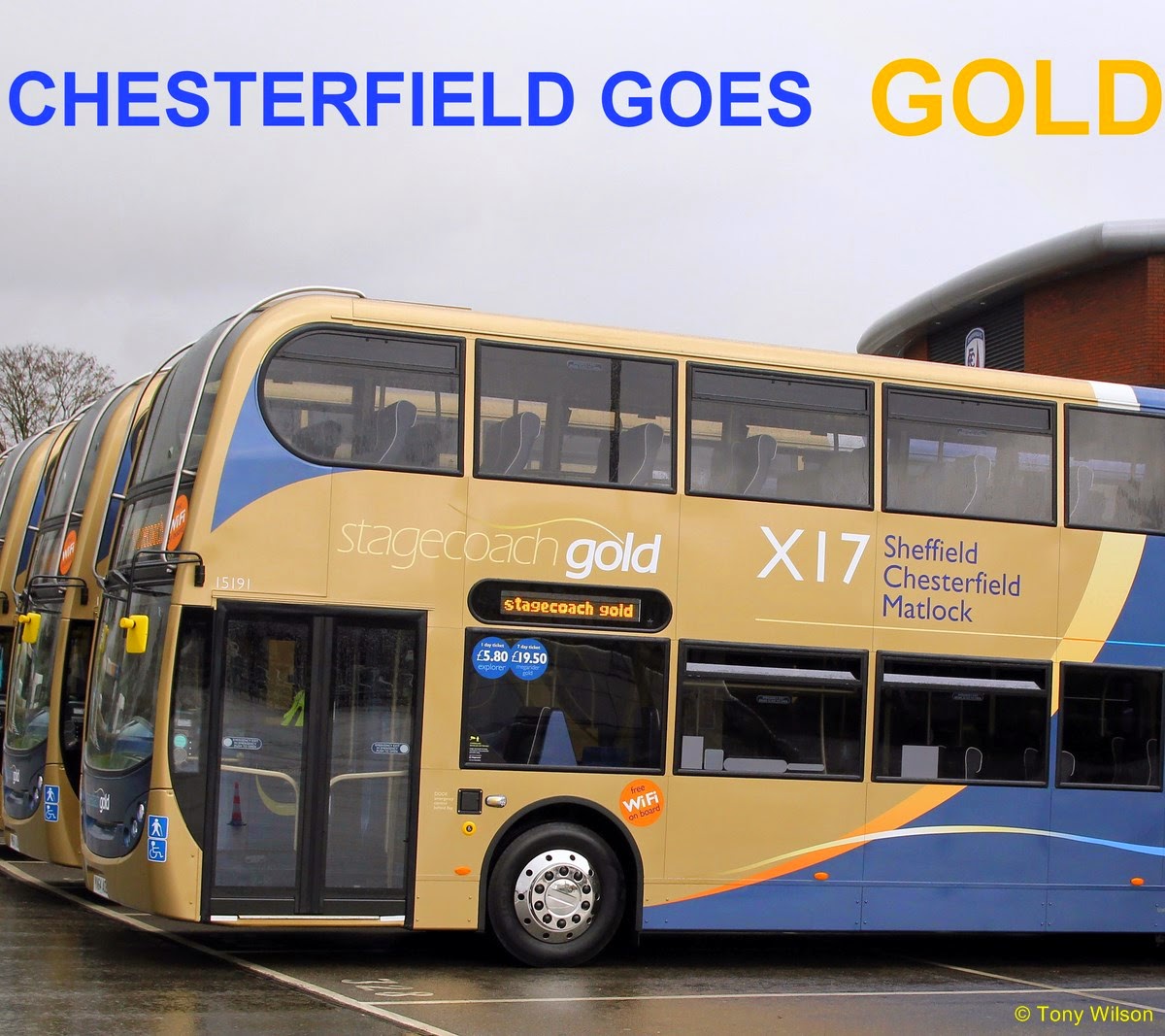 In quite appalling weather conditions Stagecoach in Chesterfield held a launch for their new prestige fleet of double-deckers. The event took place on the morning of the 7th November on the forecourt of the Proact Stadium, the home to Chesterfield Football Club. Colours between the buses and the football grounds infrastructure is purely co-incidental. 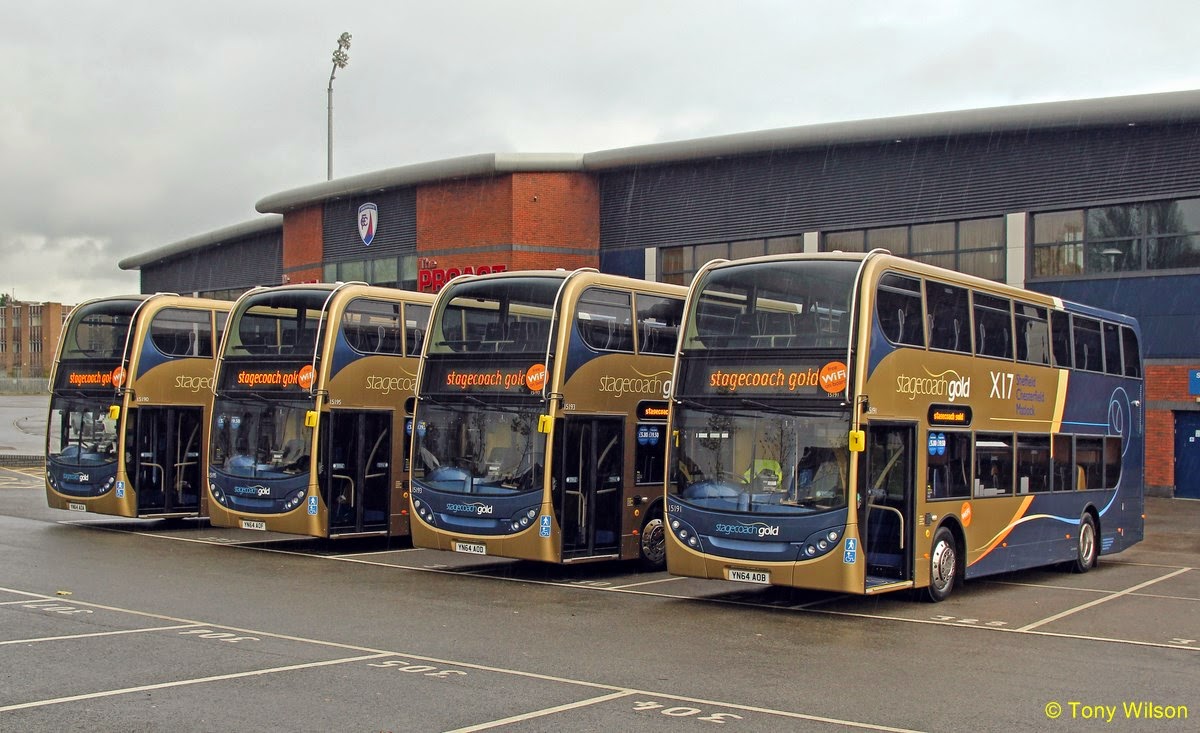 Before the weather deteriorated further four of the new Scanias with ADL Enviro400 bodywork (from l to r fleet numbers 15190, 15195, 15193, 15191), were lined up and sported the blue and gold livery for the Daily X17 (Sheffield-Chesterfield-Matlock) service. 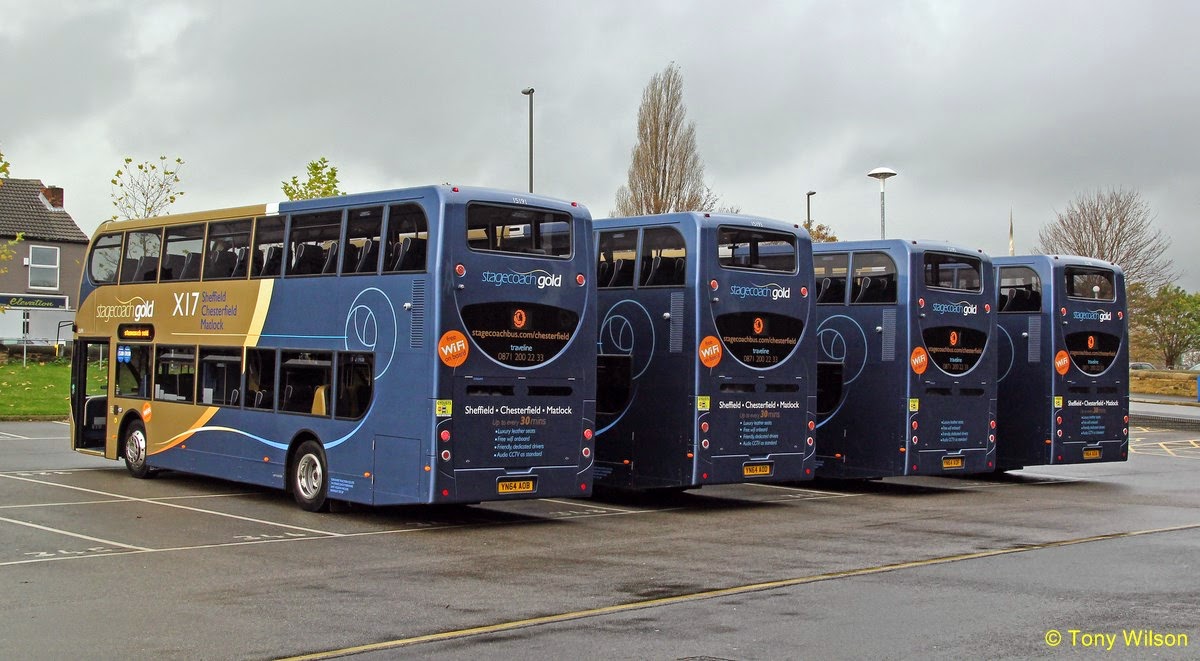 The rear aspect of the same vehicles. Note though 15193, the second in from the right. This does not feature the full route branding, as only five buses are the peak vehicle requirement. However, as a spare is necessary it will be used on other Chesterfield based routes until required for use. 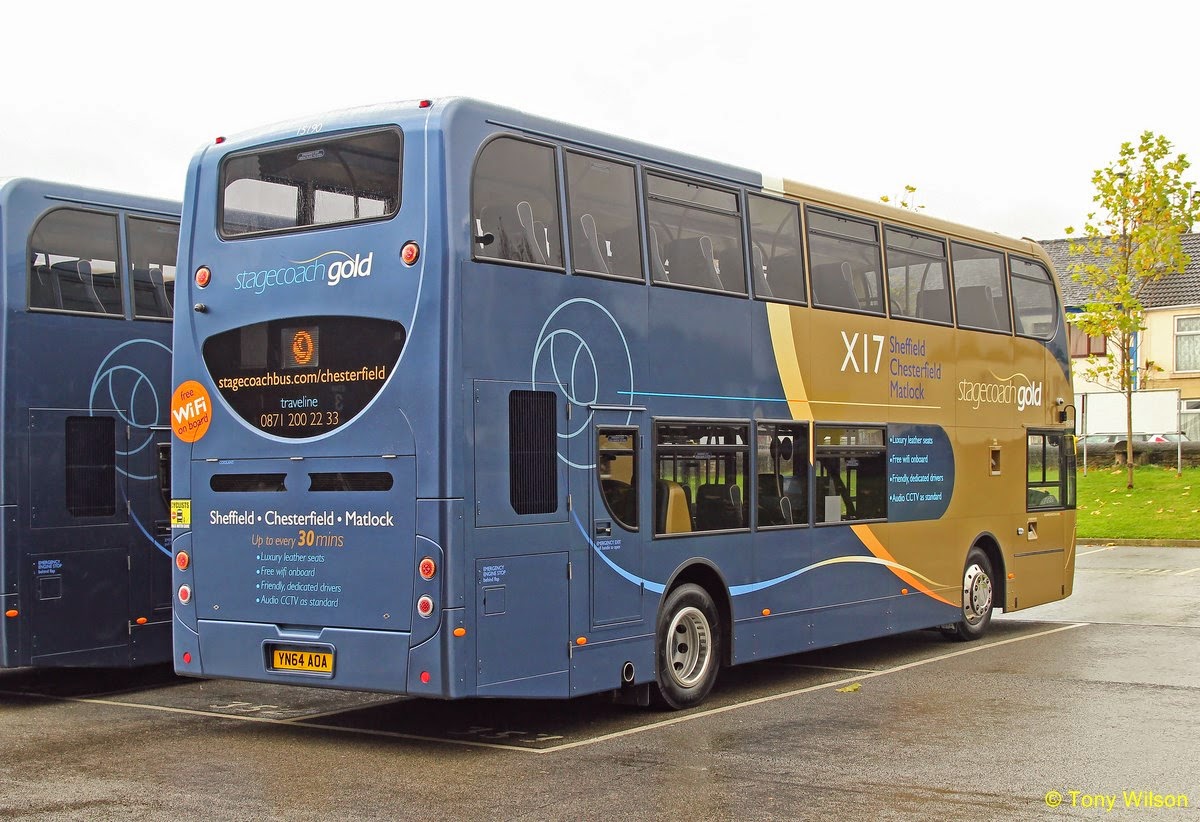 The rear offside aspect of fleet number 15190 shows off the route and other detail about the new fleet of buses. 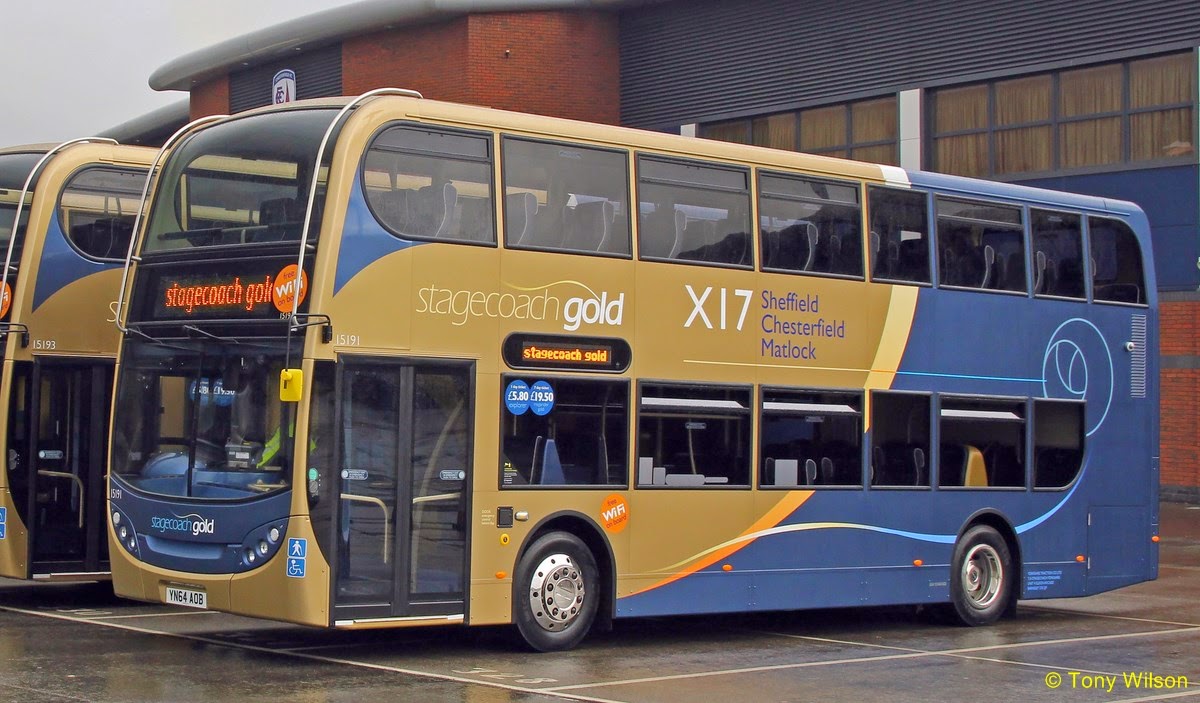 The front nearside aspect of fleet number 15191 shows off the full livery and route branding.

With the planned event coming together, Stagecoach staff awaited the arrival of the remaining two buses of the new fleet. These were numbers 15194 and 15192 and respectively brought dignatries along the X17 route from Matlock and Sheffield. 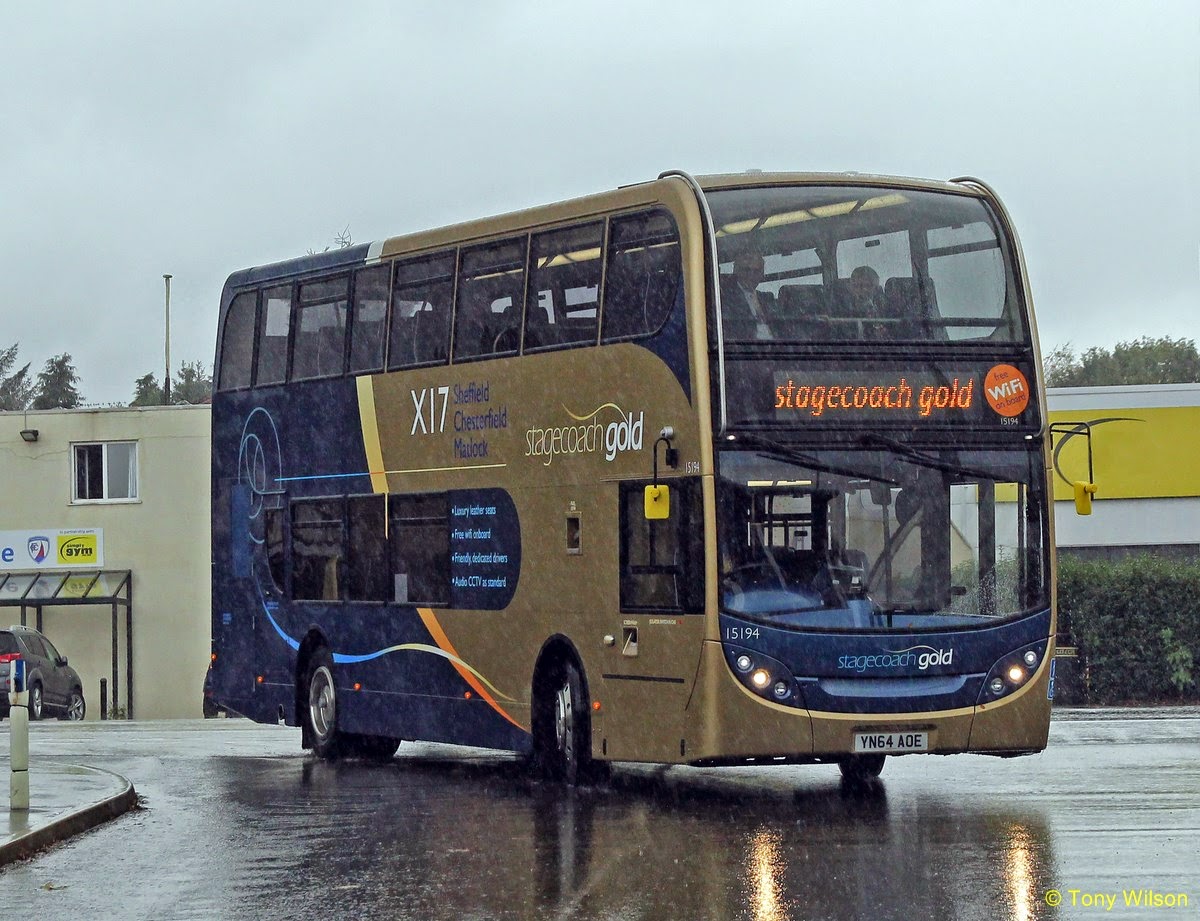 In due course the buses arrived and with conditions worsening 15194 turns onto the football club's complex from the Sheffield Road. 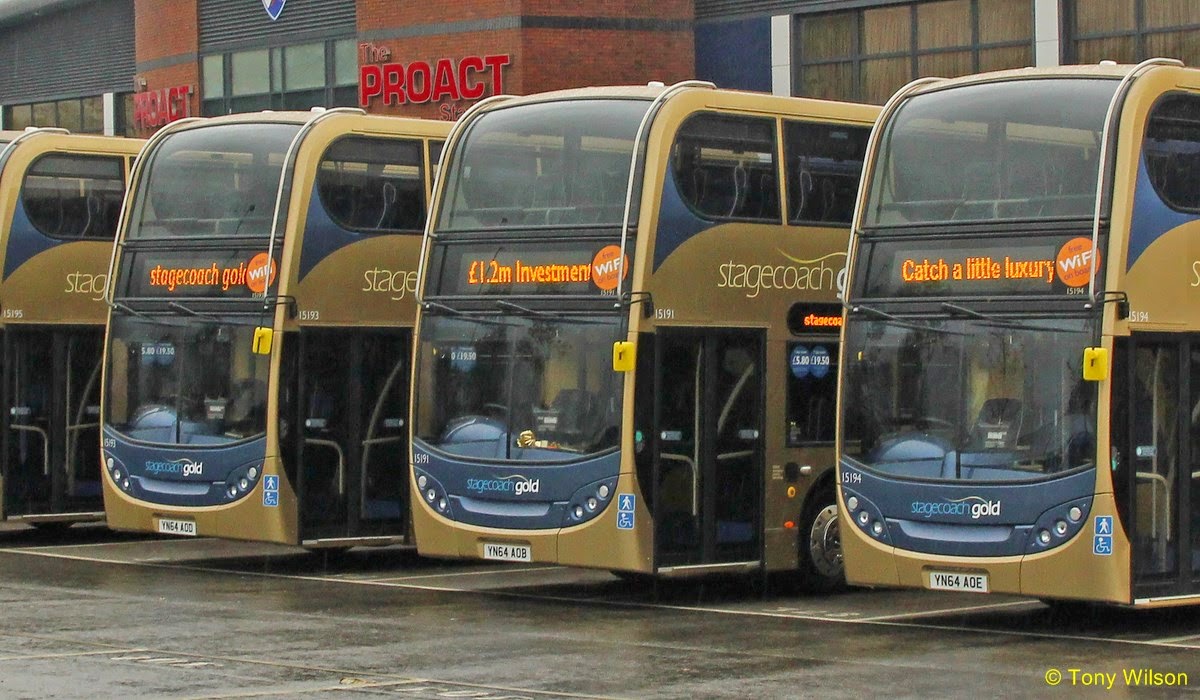 Lined up some of the destinations were adjusted to provide pertinent messages.

And finally, some interior images 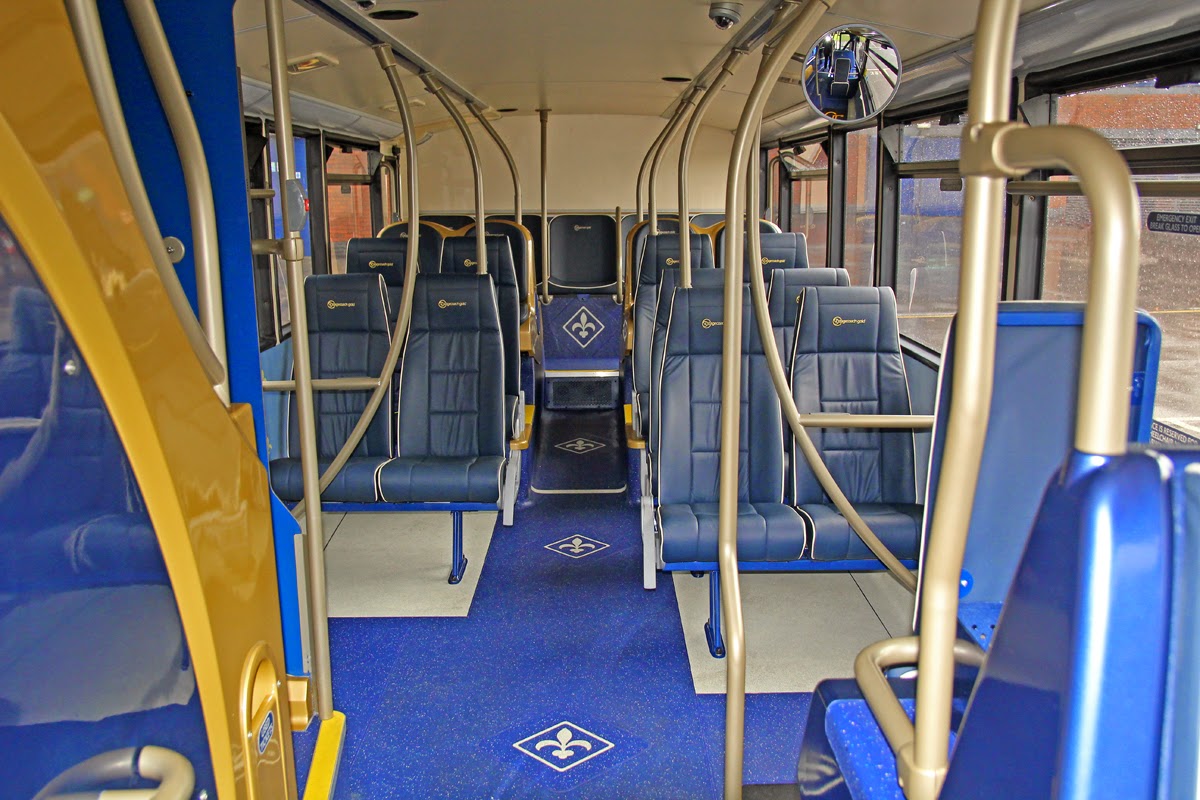 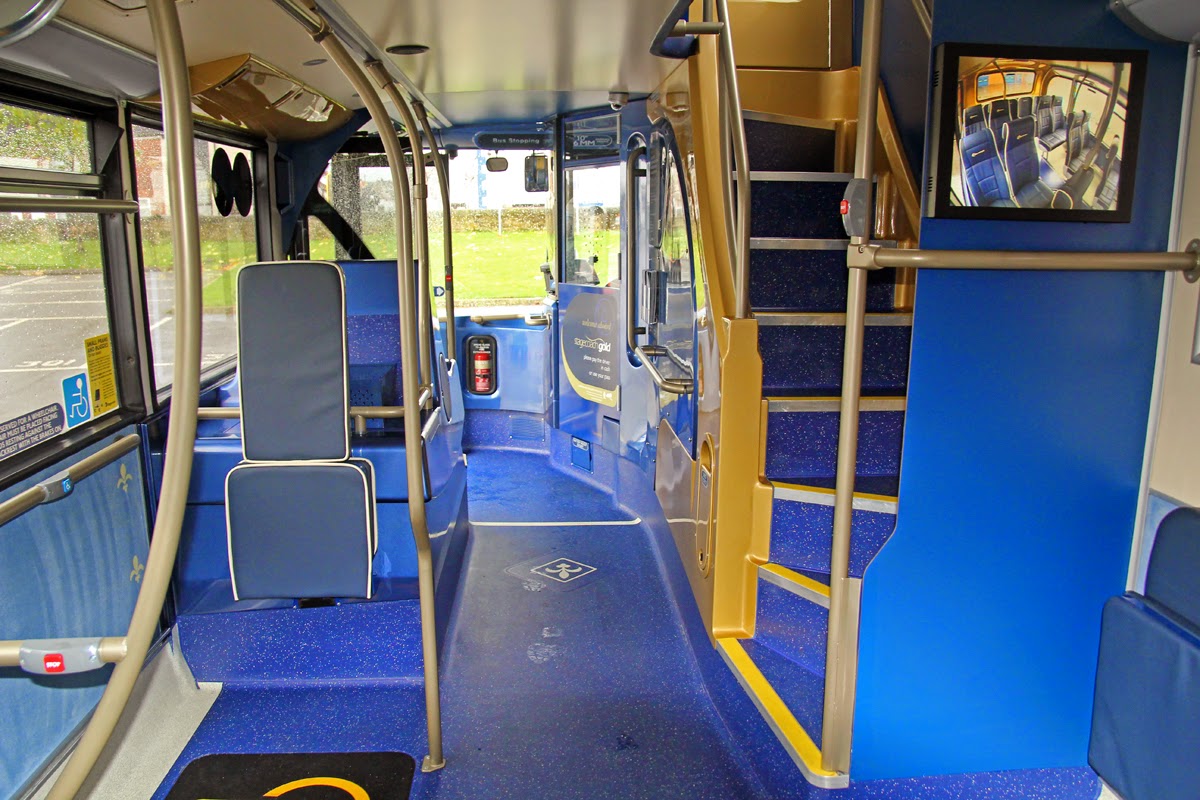 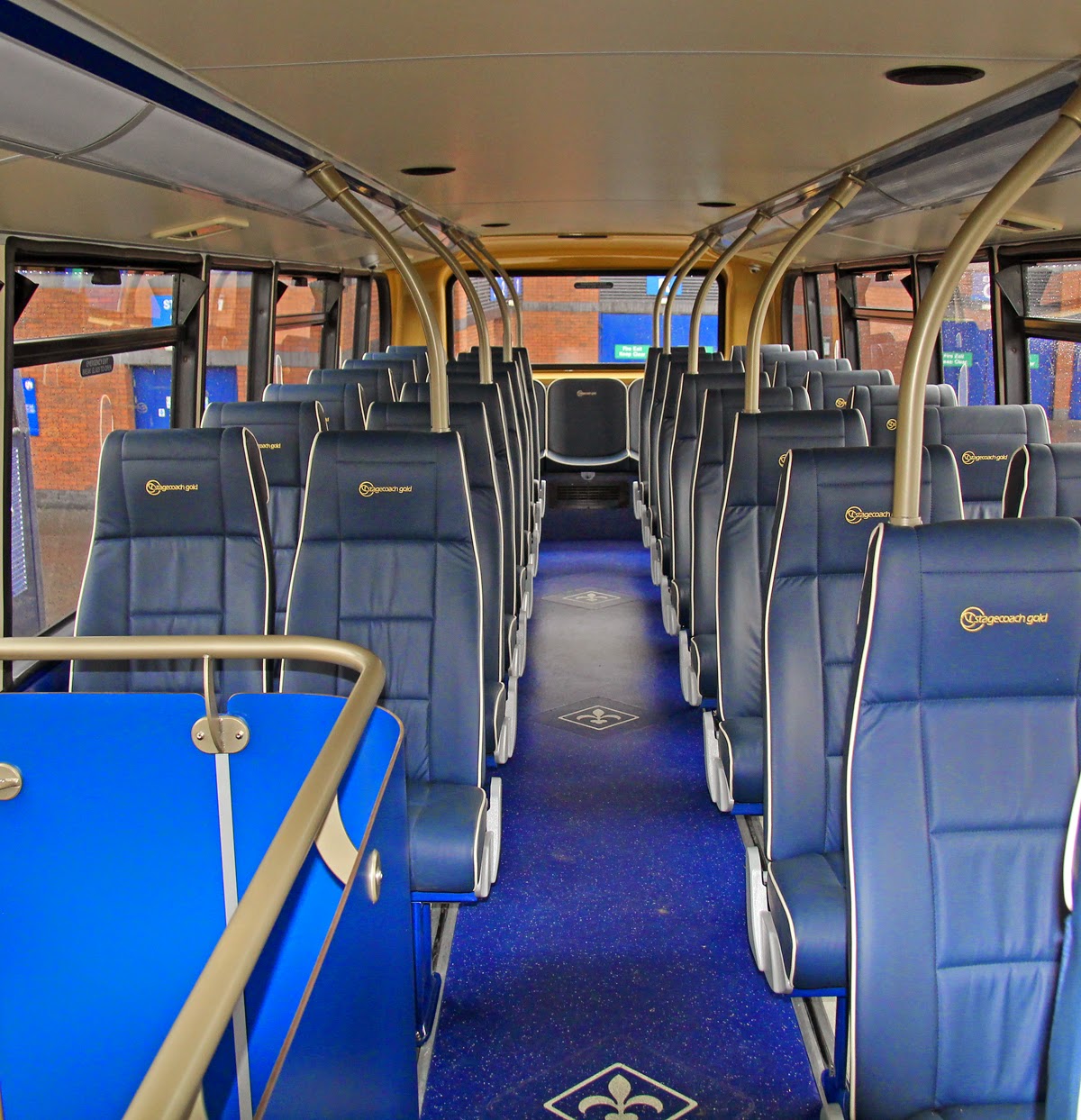 SEE ALSO THE LATEST ON THE FOCUS FEATURES AND FLICKR SITES 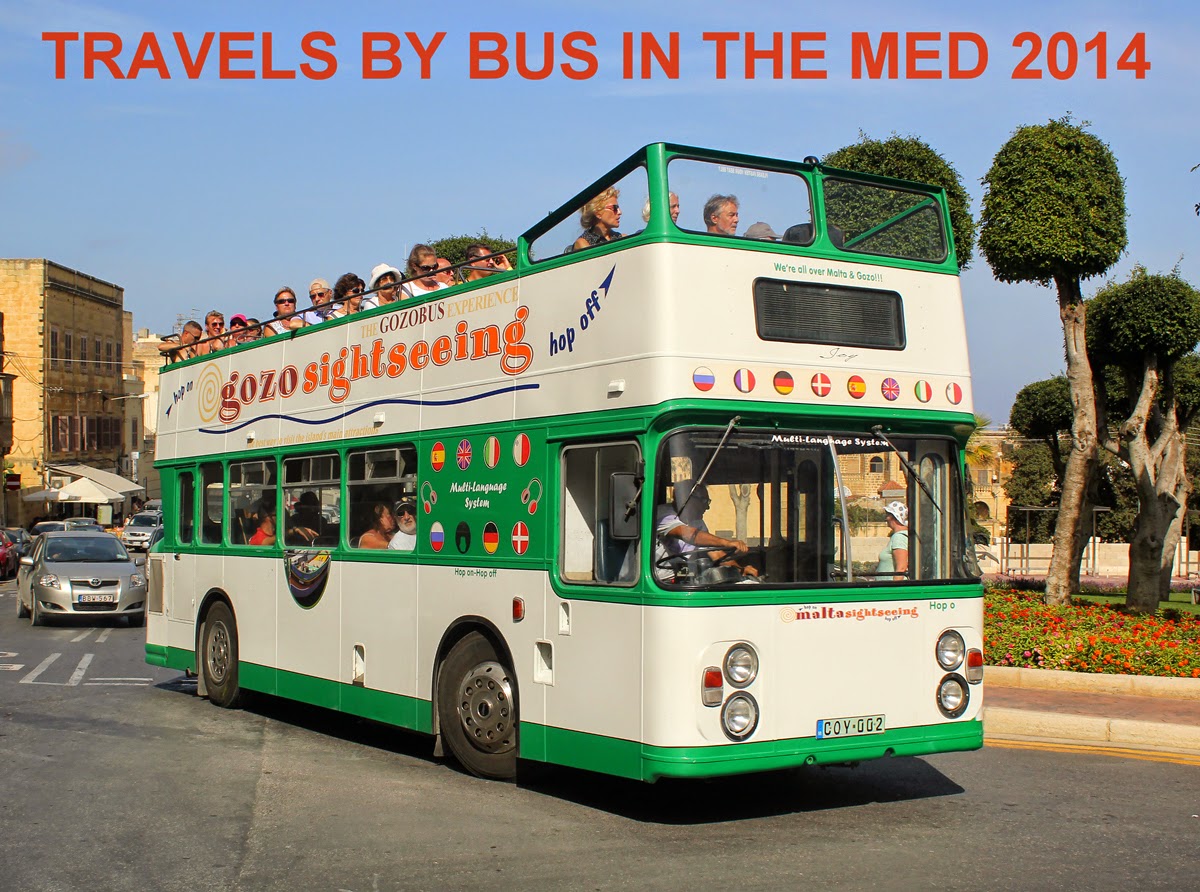 One of the Focus Transport team made a return visit to Malta and Gozo during October. Three sets of images illustrate the current bus and coach scene on the islands. The Tourist Trail open toppers can now be viewed on the features site by clicking here 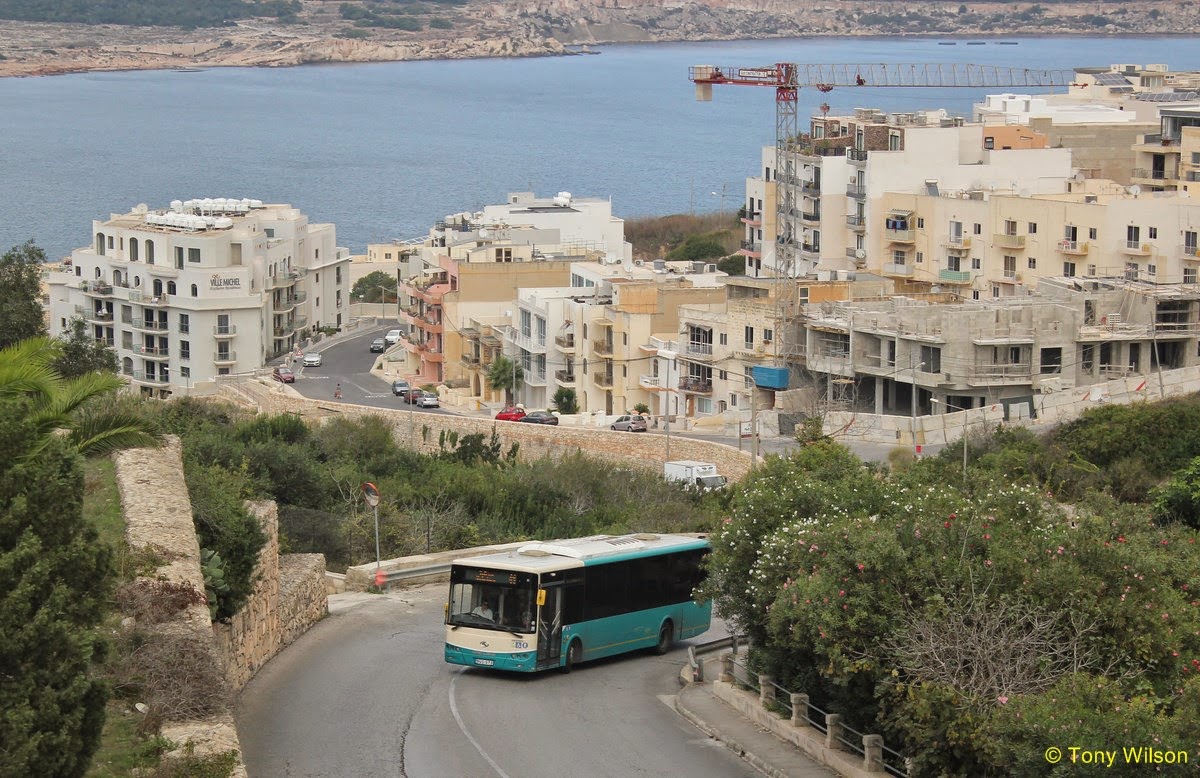