A WHIPPET GETS TAKEN OVER.....


On Friday 14th November the long-established Cambridgeshire company Whippet Coaches Ltd was sold to Tower Transit an arm of the Australian-based Transit Systems operation.
Speaking to The Hunts Post, Mr Lee, whose grandfather Henry set up the business, said the decision to sell had been a tough. “It’s been going for 95 years and we would have liked to have made it to the 100th year. But the family is getting older and we decided we would not go to a fourth generation so we thought this would be the best move.
“It was the right time to make a change and let someone else have a go and make the business a success.
“At the moment the business is in a good position and we would like it to remain that way.” Whippet Coaches Ltd was originally based in Graveley, where Henry lived after moving from London. It moved to Hilton, then Fenstanton before shifting to its current headquarters in Swavesey five years ago.
It has a fleet of about 50 buses and employs about 100 people. No jobs were threatened by the sale, said Mr Lee, who preferred not to reveal how much the company had been sold for.
He added: “We would like to thank everyone who supported us over the years and all the staff. We hope the new business has a successful future.” 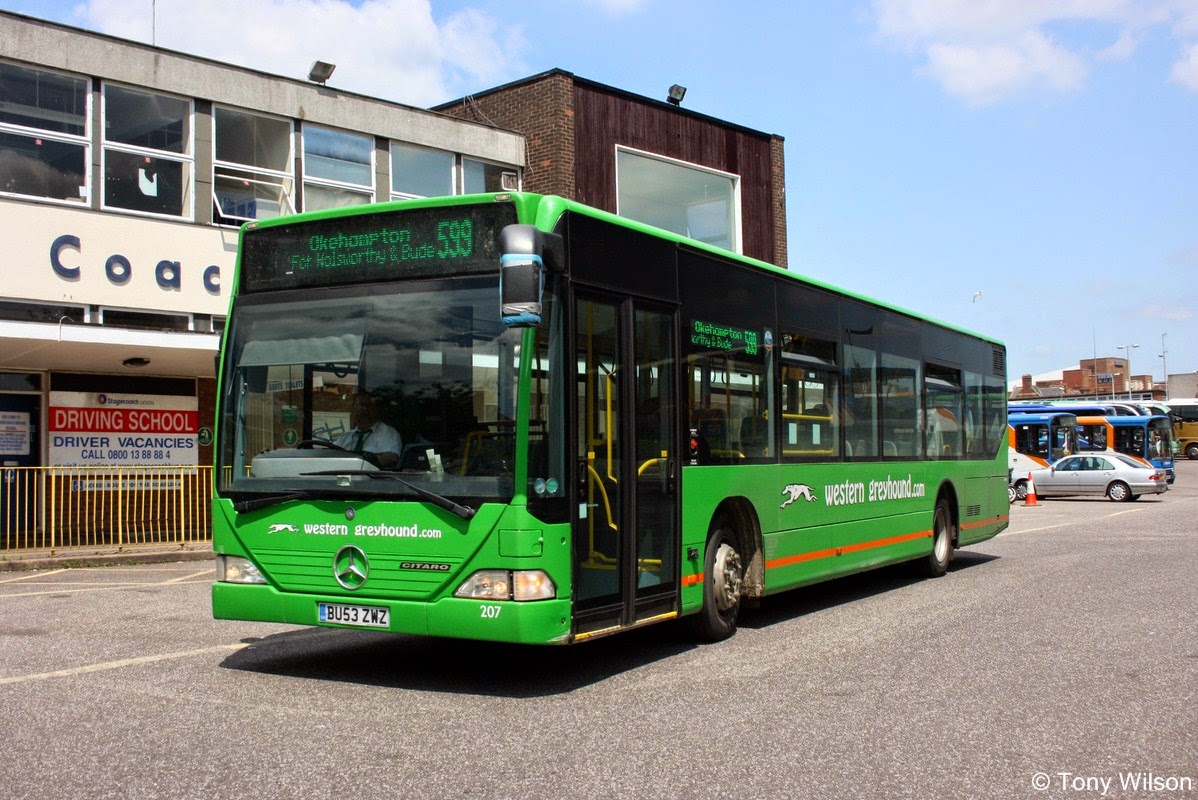 Western Greyhound – six years ago one of the country’s leading and multi award-winning independent operators – has been formally put up for sale.
Staff and unions have been given 100 days’ notice that if a buyer for the business is not found, then it will be closed.
A proposed sale of the business around 18 months ago to French group RATP was not progressed. 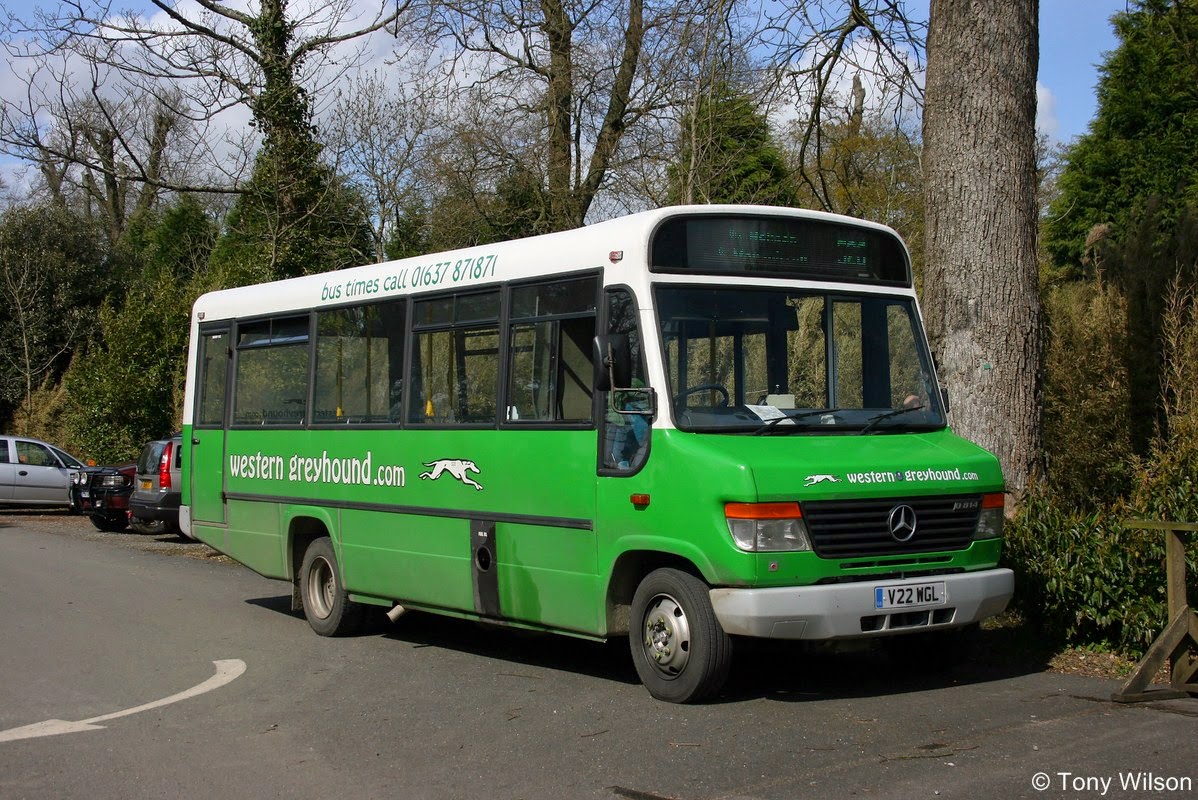 It is understood that the high amount of fleet replacement to meet the January 2015 deadline for full DDA compliance by buses under 7.5-tonnes was the stumbling block. Western Greyhound runs 21 Mercedes-Benz Varios.
One of the largest operators in the South West, it runs a mixed fleet of 75 buses, from its wholly-owned main depot and modern workshops at Summercourt near Newquay and outstations at Wadebridge and Liskeard.
The problems were exacerbated by a major fire, identified as arson, in May 2013 that destroyed almost half the fleet. A second arson attack at an outstation in January, which destroyed three buses, led to a re-evaluation of parking arrangements due to insurance issues. Although three men have been arrested in connection with the arson attacks, no charges have been brought.

The UK's first bus powered entirely by human and food waste has gone into service between Bristol and Bath.
The 40-seat "Bio-Bus" runs on biomethane gas generated through the treatment of sewage and food waste.
The eco-friendly vehicle can travel up to 300km (186 miles) on one tank of gas, which takes the annual waste of about five people to produce.
It is run by tour operator Bath Bus Company and will shuttle people between Bristol Airport and Bath city centre.
The biomethane gas is generated at Bristol sewage treatment works in Avonmouth, which is run by GENeco, a subsidiary of Wessex Water.
GENeco general manager Mohammed Saddiq said: "Gas-powered vehicles have an important role to play in improving air quality in UK cities but the Bio-Bus goes further than that and is actually powered by people living in the local area, including quite possibly those on the bus itself."
Green capital The service from the airport to Bath carries about 10,000 passengers each month.
Engineering Director Collin Field said: "With so much attention being directed towards improving air quality generally, the public reaction to the appearance of this bus on a service between a world heritage city and an airport will further focus on the potential for this particular fuel."
He said the bus was being launched at a very "appropriate" time, as Bristol is to become the European Green Capital next year. 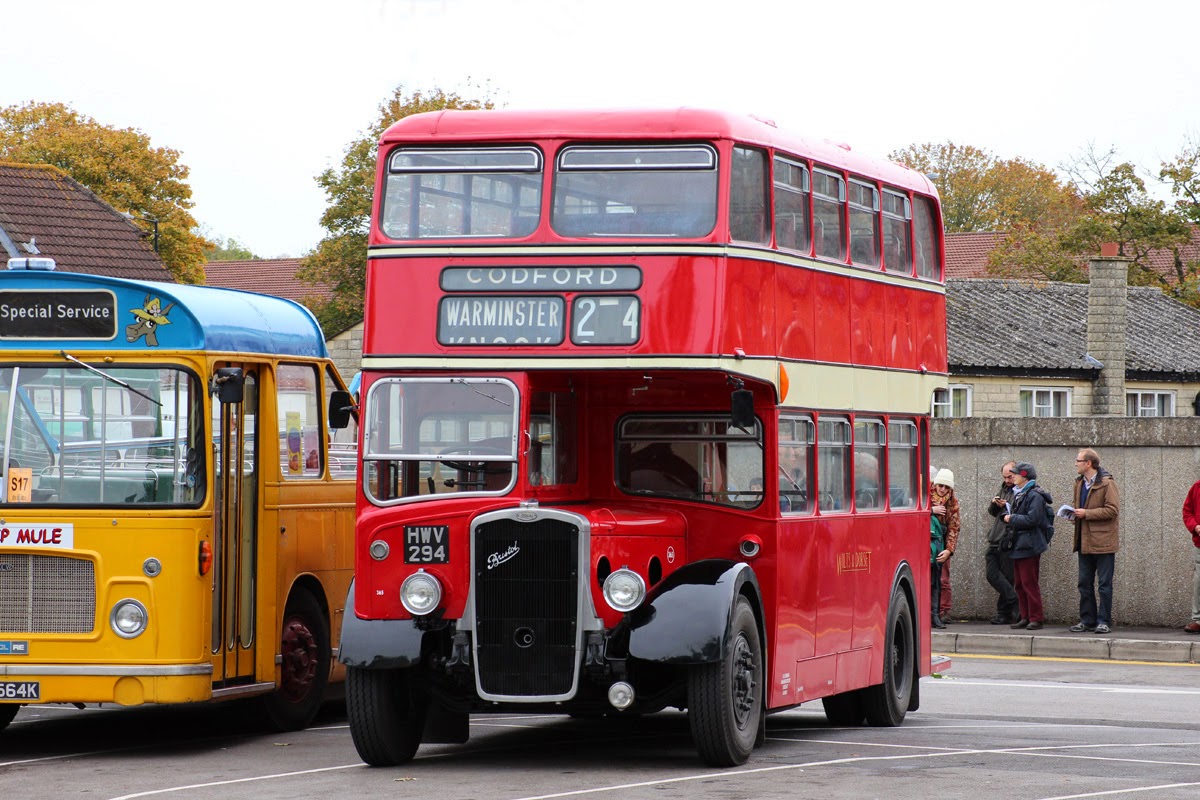 Talking of the West Country, Roger Kaye took a trip down to the region. In doing so on the 12th October, he took time out to record a selection of the buses and coaches that were in attendance at the now annual Warminster Rally. His efforts can now be viewed by clicking here