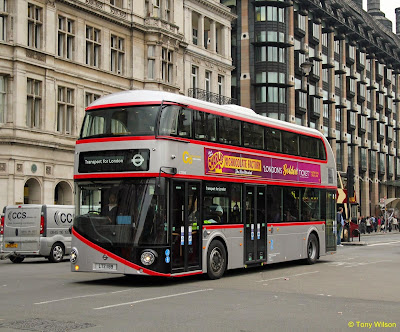 More than 300 buses with the latest Euro VI engines will be operating on London’s roads by the end of this year, Transport for London (TfL) announced today.  Over two thirds of these (215) will be hybrid diesel-electric double decker buses.  Under the ULEZ proposal, all buses driving in central London from 2020 will need to meet the Euro VI standard for NOx emissions.


The effectiveness of Euro VI engines in reducing harmful emissions has been substantiated in testing by TfL that re-creates real world driving conditions in London. During this testing, a bus with a Euro VI Engine was found to have 95 per cent lower NOx emissions than a bus with a Euro V engine (down from 10 g/km to 0.5 g/km).  This test result correlates with testing conducted by manufacturers.
Buses with Euro VI engines first entered service in the TfL fleet in April this year and from January 2015 all new buses entering service in the capital will be Euro VI.  On average, around 700 new buses enter London’s fleet each year.
The Euro VI programme complements the work the Mayor and TfL are doing to accelerate the roll out of hybrid buses, with nearly 1,000 currently in service on London’s roads and 1,700 due to be in operation by 2016 – equivalent to around 20 per cent of the total bus fleet. 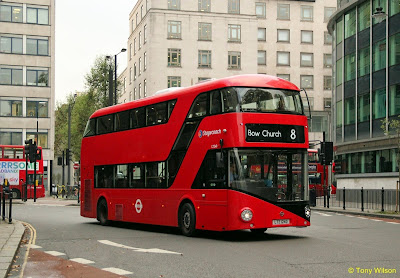 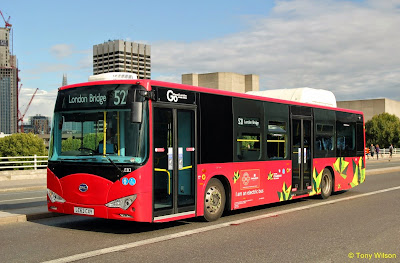 Matthew Pencharz, the Mayor’s Senior Advisor for Environment and Energy, said: “Improving London’s air quality is one of the Mayor’s top priorities and by 2020 all buses in central London will be either hybrid or electric as we look to radically cut emissions. We have already significantly reduced the number of buses on some of London’s busiest streets and taken many of the most polluting ones off the road. These new Euro VI buses represent the next step in our work to make London’s fleet the most environmentally-friendly possible.” 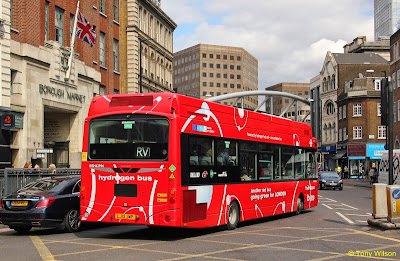 Mike Weston, TfL’s Director of Buses, said: “London has one of the cleanest bus fleets in Europe and, despite the growth of the network due to passenger demand, our overall emissions are continuing to reduce as we trial electricity and hydrogen and increase the use of bio-diesel to power the capital's fleet. We are also retrofitting older vehicles and continuing the expansion of our hybrid fleet with nearly a thousand of these buses now in service on London’s roads. Taking action to accelerate the introduction of new Euro VI buses is the latest measure we are taking to reduce harmful emissions from the capital’s fleet.”
Other initiatives to further reduce emissions from London’s buses include retrofitting more than 1,000 of the oldest buses with special equipment to reduce their NOx emissions by up to 88 per cent – with plans to increase this number to 1,800.