From the Dorset Echo

A heritage railway has made an important step in its move to run regular trains to the main line.
The removal of two track points and signalling equipment at Motala near Furzebrook marks the start of the Swanage Railway's year-long upgrading of three miles of newly-acquired line up towards Worgret Junction, where it meets the Weymouth-Waterloo line.
Until the Motala boundary was abolished, special trains which ran to Swanage from the mainline had to stop at Motala and track points unlocked by keys. 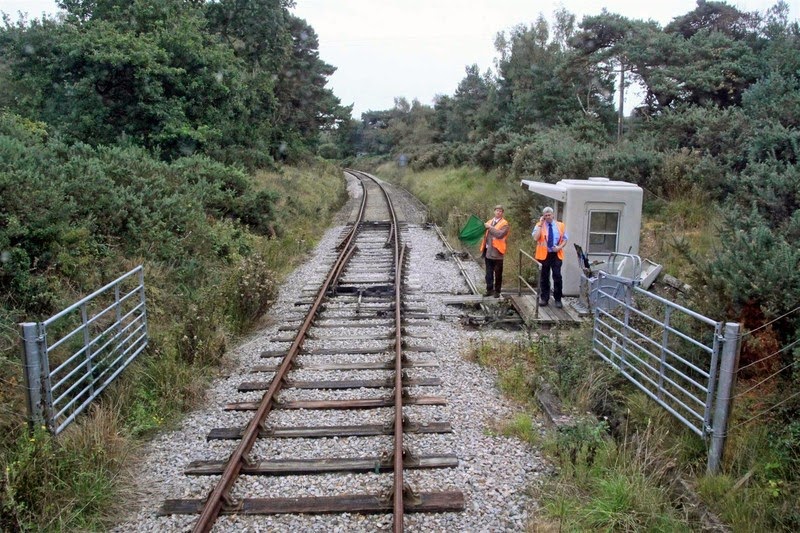 Last month, the railway signed a 99-year lease with Dorset County Council after the three miles of line – formerly owned by Network Rail – passed to the county authority.
The new boundary between the Swanage Railway and the national railway system is now protected by a new Network Rail signalling system and is marked by notices.
It is hoped to start running a trial passenger train service to Wareham next autumn.
Installed as a safety system when the Swanage Railway signed a connection agreement with Network Rail in 2006, the Motala boundary with the national railway system was removed, using a large rail-mounted crane and two road-rail machines.
It also saw the removal of a pair of metal gates across the track, a lever frame signalling system for operating the two track points and a lineside hut. 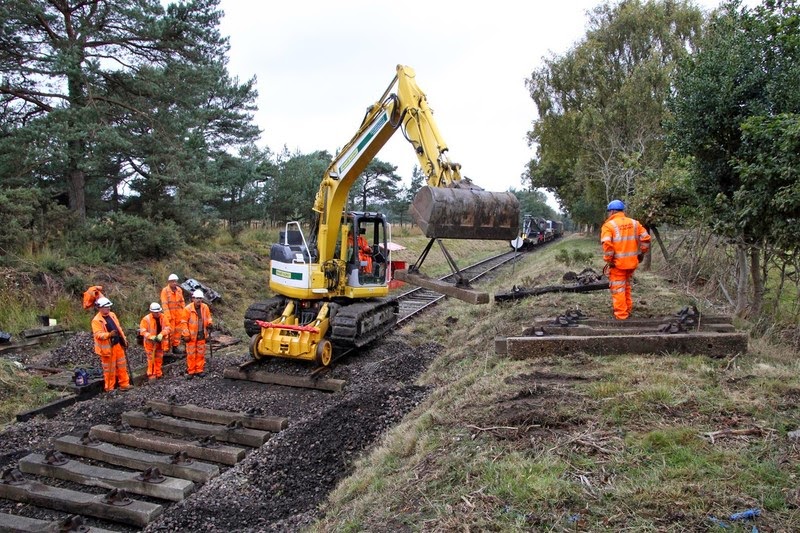 The track points were replaced with a length of plain track to form part of the continuous stretch of line between Norden – the current limit of Swanage Railway passenger train operations – and Worgret.
Swanage Railway Company chairman Peter Sills said: “The removal of the old Swanage Railway boundary with the national railway system at Motala is a great achievement and very significant in the long campaign to return regular passenger trains between Swanage and Wareham.
“It’s a major project involving the replacement of 1,700 wooden sleepers, the clearing of six miles of embankments and drains as well as the checking and upgrading of six miles of lineside fencing.”
British Rail closed the Swanage branch line in 1972. The line was relaid by volunteers and a a thriving steam railway operates on the branch.