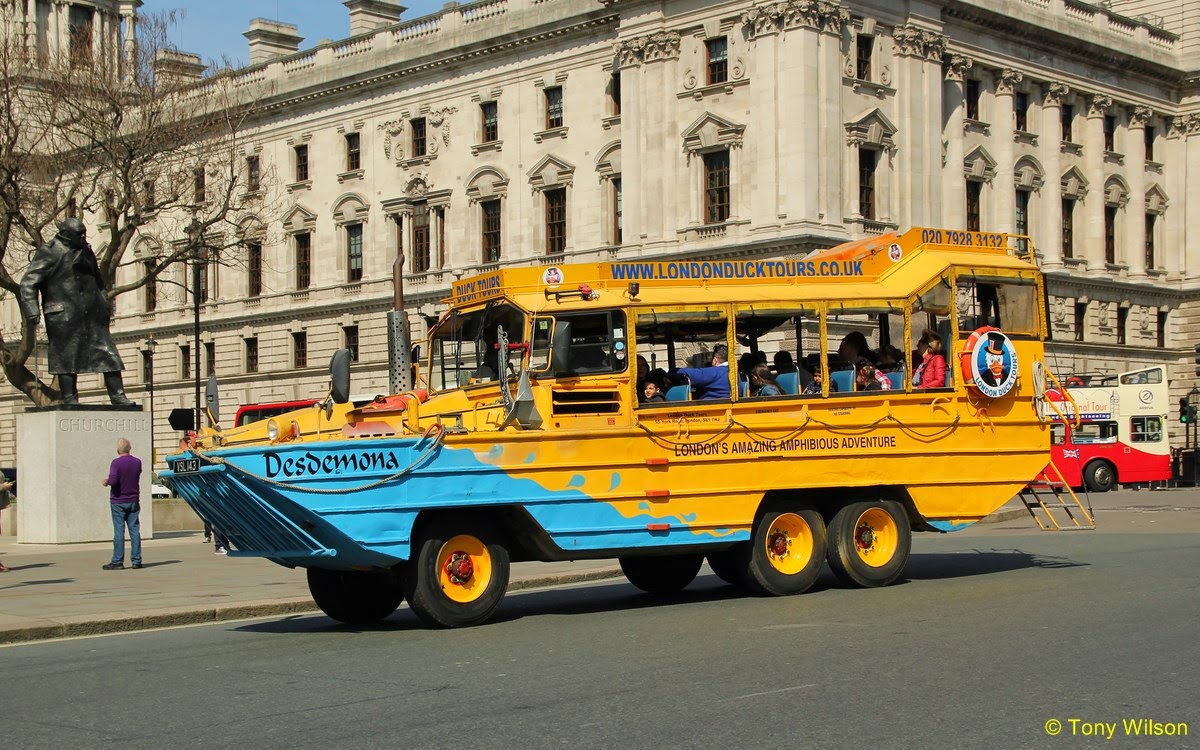 Recent incidents involving Duck amphibious vehicles highlighted poor maintenance and a failure to meet standards, a report has found.
The Marine Accident Investigation Branch (MAIB) said it was "extremely fortunate" no-one was hurt when a craft sank in Liverpool in June 2013.
It was the second vehicle to sink in Salthouse Dock in a three-month period.
Another Duck craft also caught fire on the River Thames in London in September 2013, with 30 people evacuated.
On both the sinkings, the report found the Ducks did not have the quantity of buoyancy foam required to provide the "mandated level of residual buoyancy".

Steve Clinch, chief inspector of the MAIB, said it became clear that other Ducks operating in the UK also did not have the quantities of foam required.
London Duck Tours made buoyancy amendments to their vessel, but Mr Clinch said the "foam was so tightly packed around machinery that it caught fire". 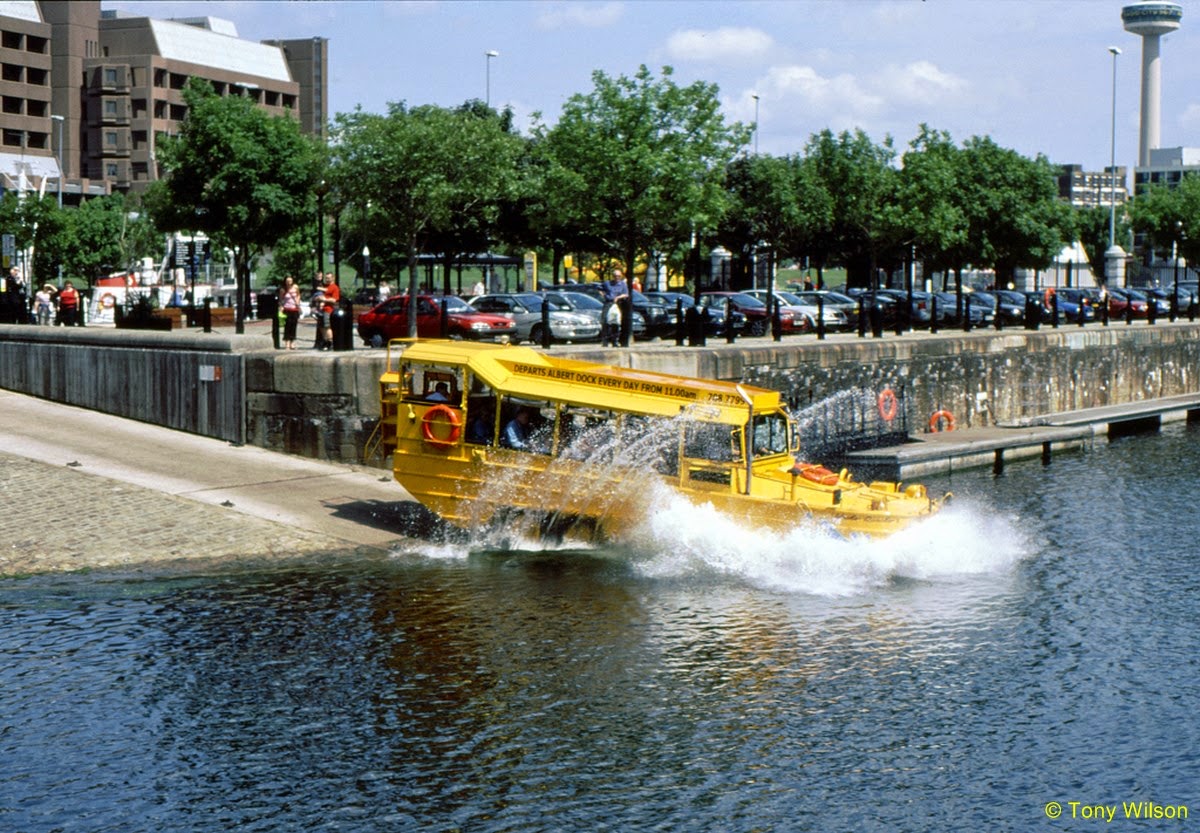 The MAIB said in the Liverpool incident in June the passengers and crew were not adequately prepared to deal with the emergency situation.
'Insufficient buoyancy foam' It also found the Maritime and Coastguard Agency's (MCA) periodic inspection regimes and their unscheduled interventions had been ineffective.
More than 20,000 DUKW vehicles were produced for use during WW2.
Mr Clinch said: "The sinking of two Liverpool DUKWs in quick succession highlighted extremely poor standards of maintenance, and that for nearly 14 years they had operated with insufficient buoyancy foam to keep them afloat should they suffer major damage.
"It was extremely fortunate when DUKW Wacker Quacker 1 sank in Salthouse Dock that none of the 33 passengers and crew on board were drowned or injured as they abandoned ship." 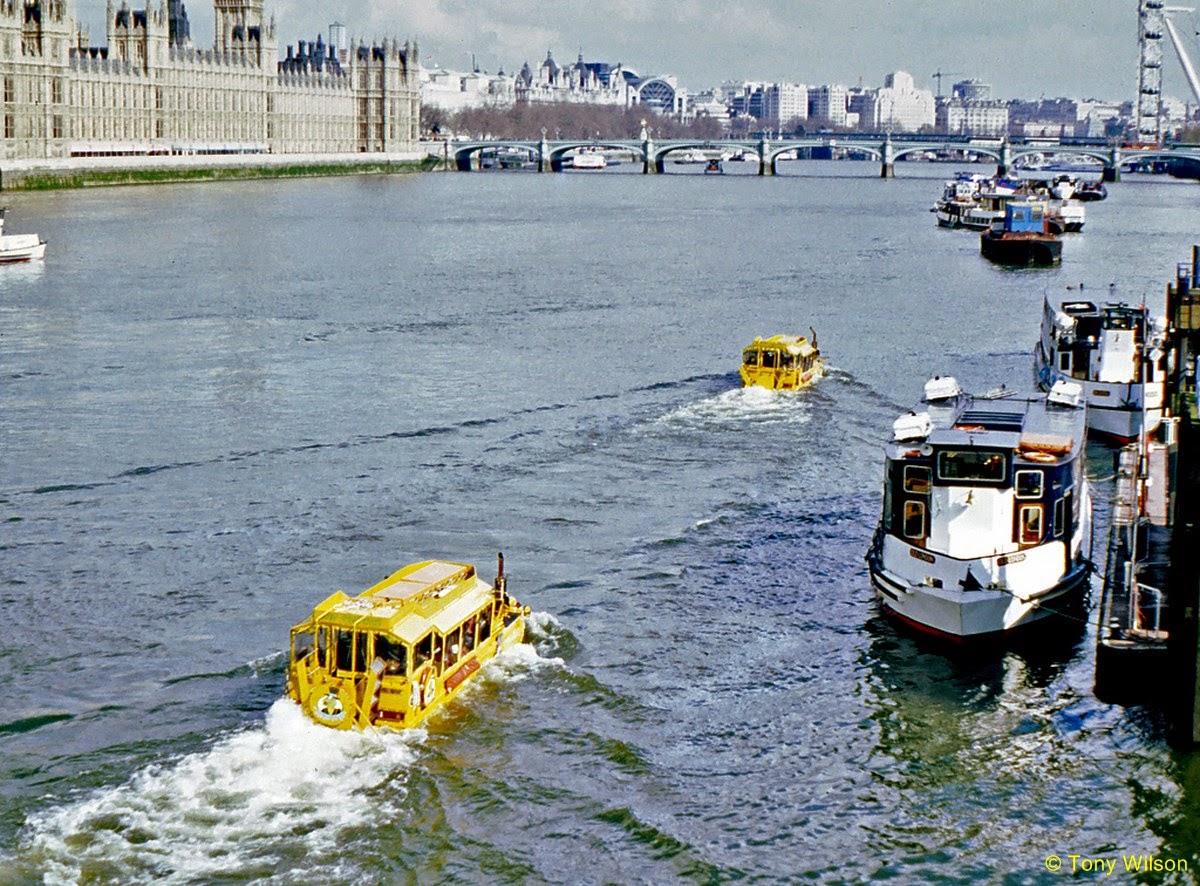 The 28 passengers and two crew on board the London Duck had to swim to safety and were rescued by other vessels
The MAIB said it was a concern it took two "potentially fatal" accidents to prompt a "framework for safely operating" the vehicles.
The report said that Liverpool Duck operators The Yellow Duck Marine was no longer operating, while London Duck Tours had made various amendments.
The Queen and the Duke of Edinburgh were pictured taking a trip on a Duck in Liverpool when they visited Merseyside as part of the Diamond Jubilee tour in 2012. 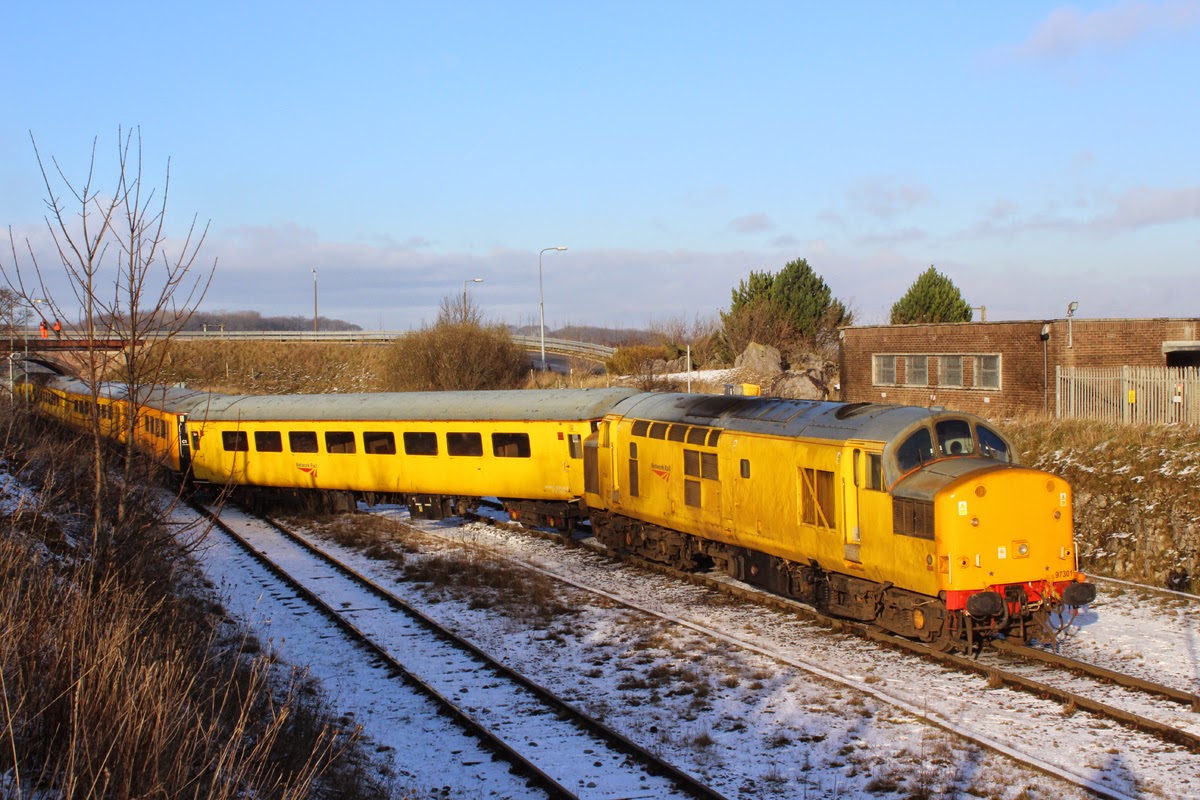 A bit of an 'oooops' moment occurred on Saturday 13th December just gone, when a test train derailed at Hindlow near to Buxton, Derbyshire. The train was IQ20 Derby to Longsight and hauled by 97301 with 97303 on the rear. Front and rear of the train took different routes at the points, and our correspondent Roger Kaye was on hand shortly afterwards to record the result. All was restored to normality by the following day. A series of images can now be viewed by clicking here