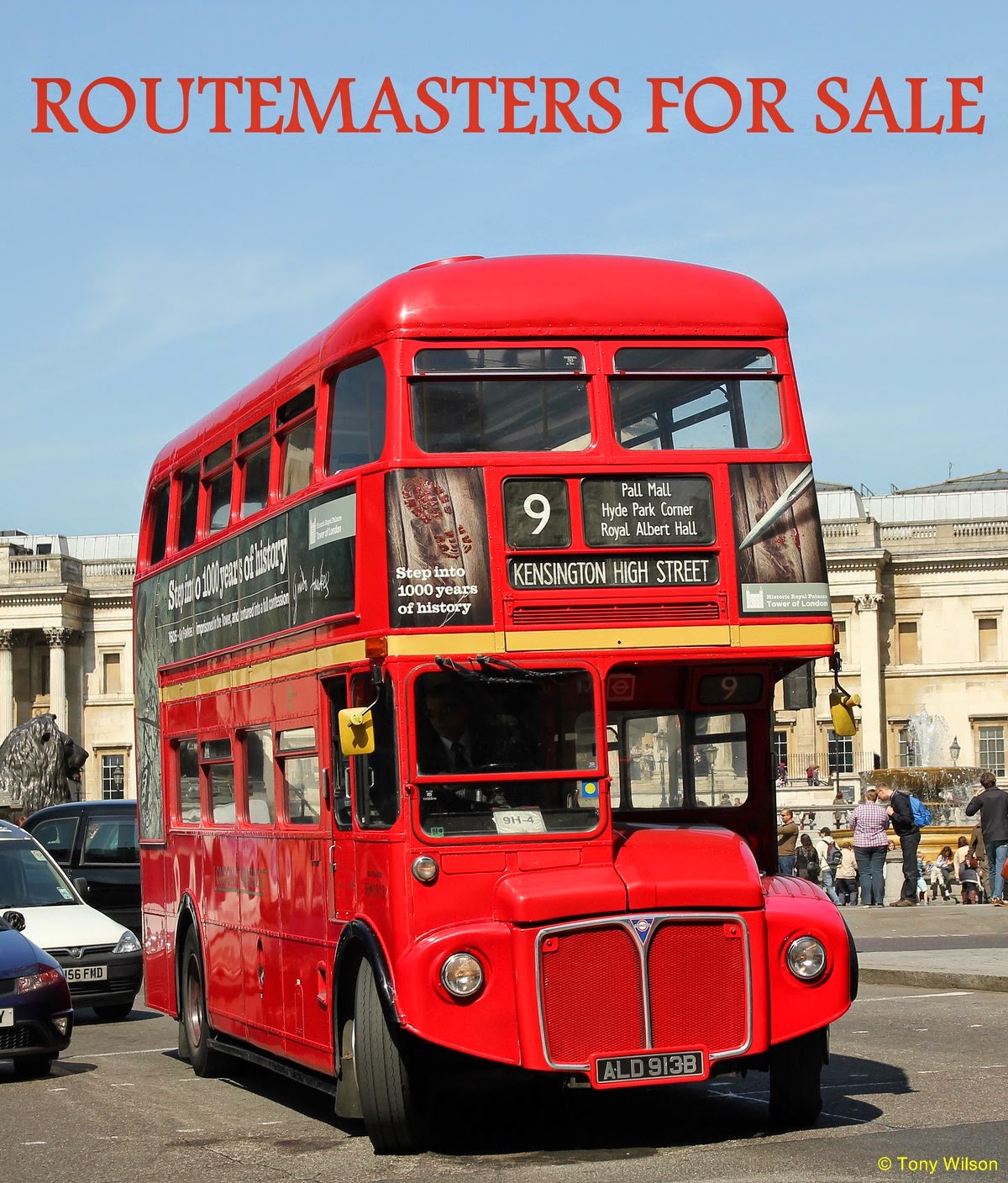 With the cessation of the Routemaster operated London 'heritage' route 9 (Trafalgar Square & Kensington High Street), from the 25th July 2014, the buses that ran the service have now all been placed on the sales list.
Like the 'new' Routemasters they are owned by Transport for London and apparently proceeds from the sales will enable the other original Routemasters that operate 'heritage' route 15 (Trafalgar Square & Tower Hill), to be refurbished. This appears to be an indication that the 'heritage' 15 will continue after awards have been announced in the current round of tenders awaiting awards.

The buses assigned to the route were initially operated by First London from their Westbourne Grove Garage located beneath the Westway in west London. Upon the break-up of the London subsidiary, part including Westbourne Park passed over to Tower Transit until the route was withdrawn. Illustrated below, some of the buses in use with First London back in 2007. The offside aspects of RM 1204 and the silver one RM 1650 at Piccadilly Circus, the nearside of RM 1218 at Hyde Park Corner. 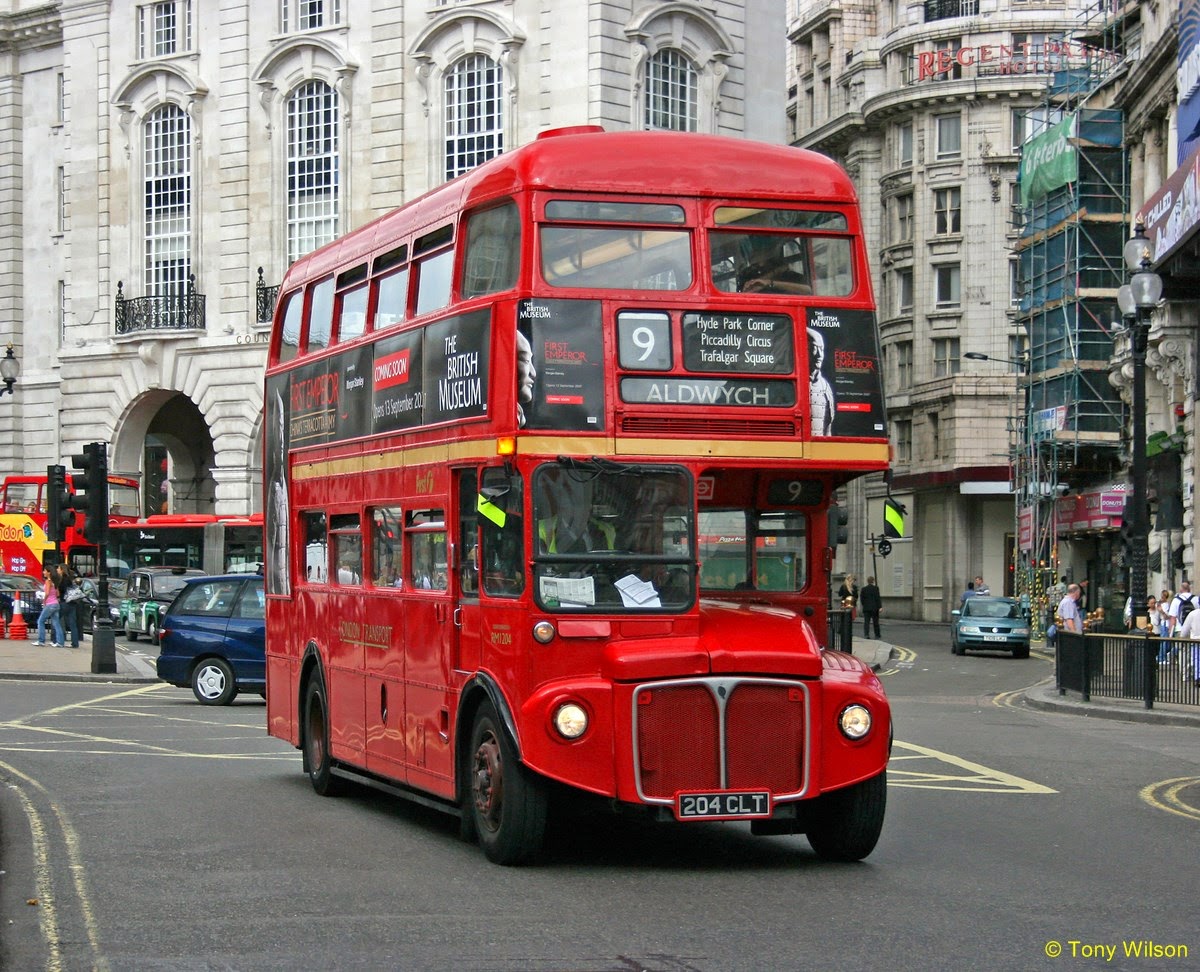 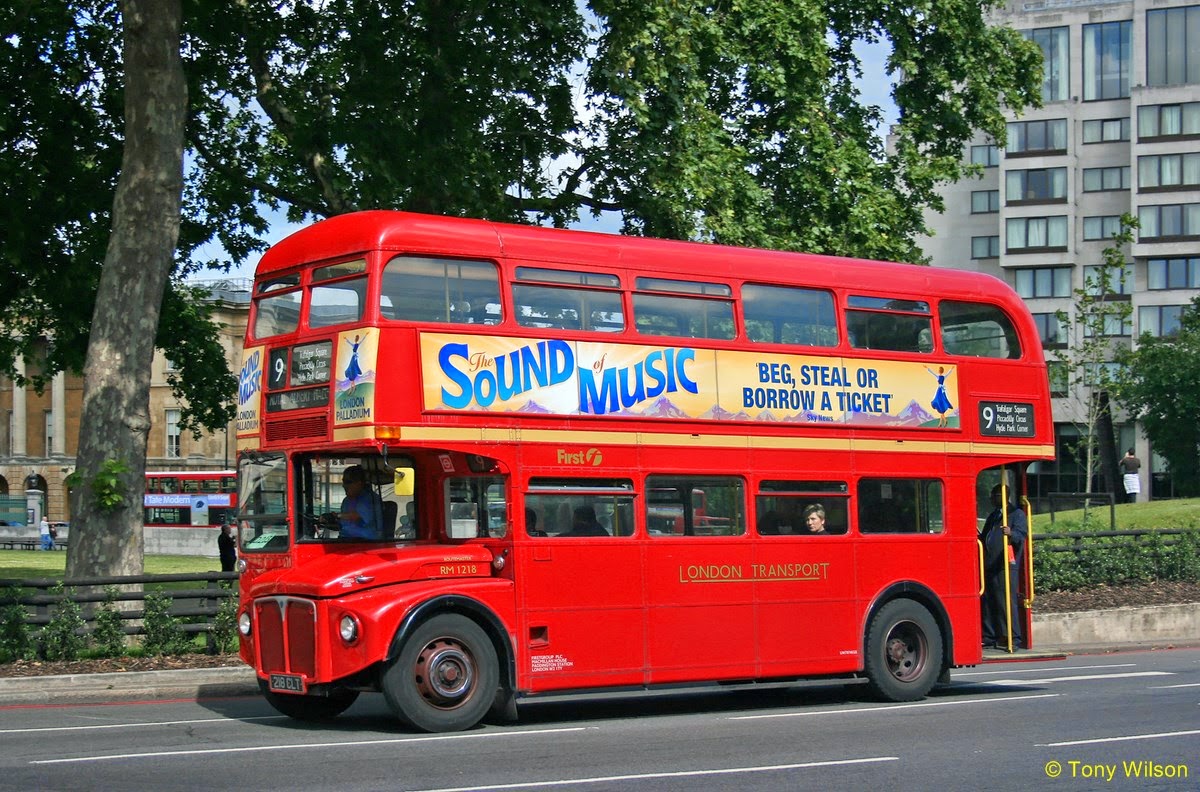 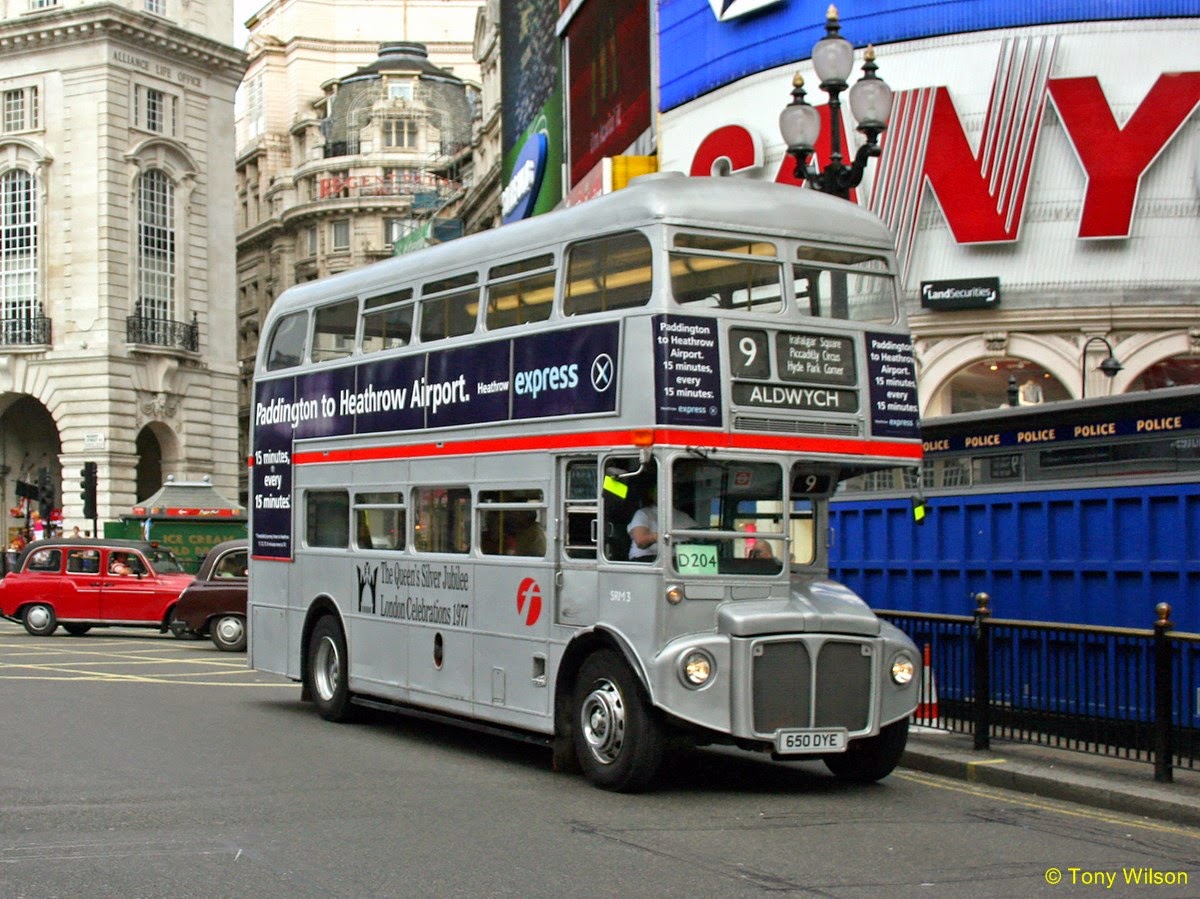 Come in Number 9, your time is up

RM 1627 was selected to operate the very last journey over the route before it was withdrawn after service on the 25th July 2014. However, a chance ride on another Routemaster back in April 2014, found the photographer able to capture the very same bus in the last few weeks of operation. The image was taken from the top deck as the buses passed respectively along St.James's Street. In the background two of the 'new' Routemasters with London United, can be observed as they operated over the main number 9 route (Hammersmith & Aldwych). 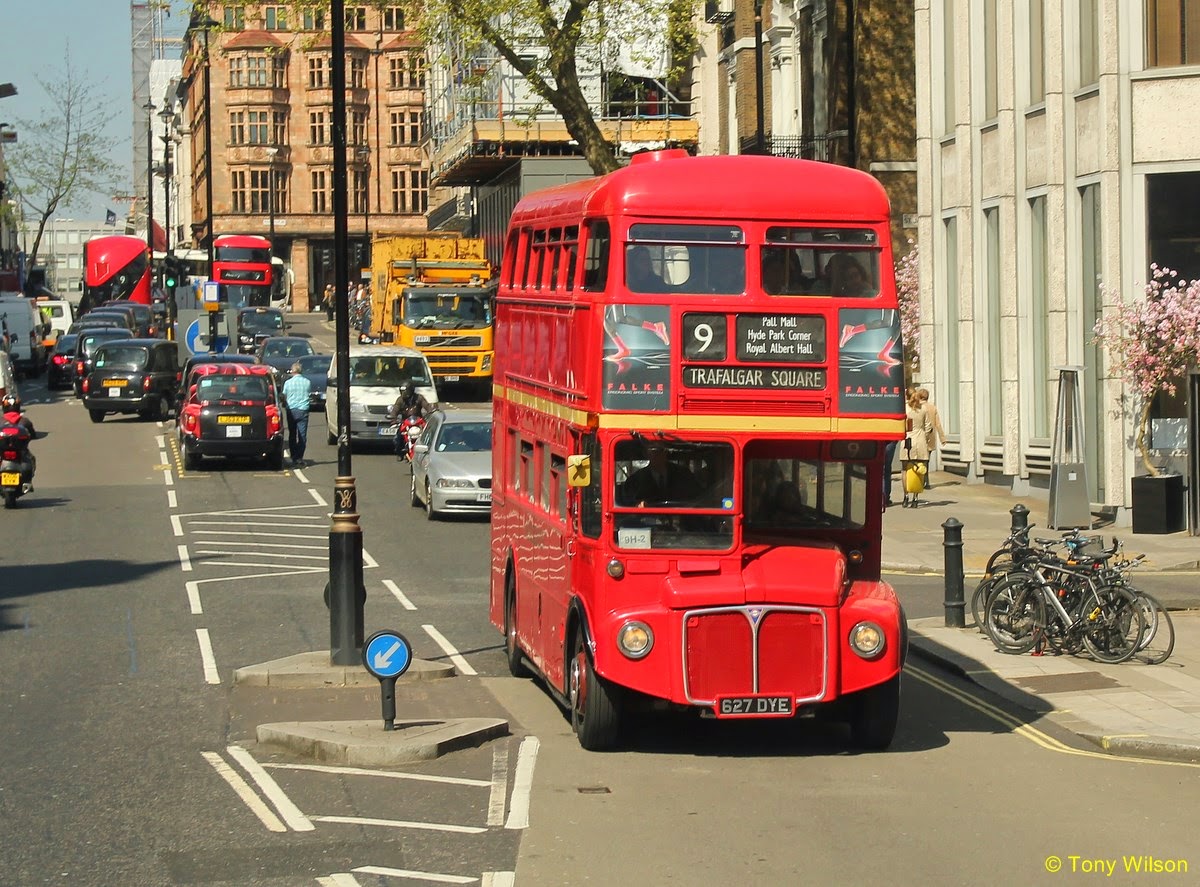 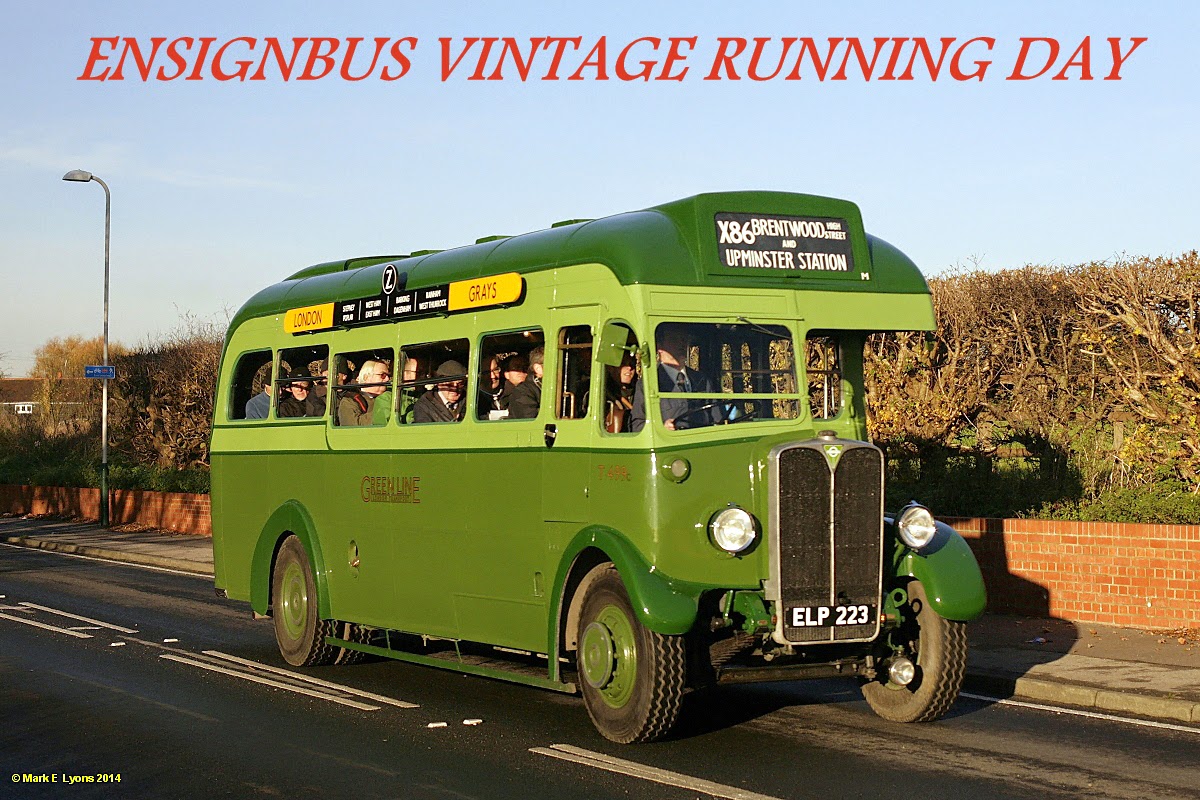 Essex-based Ensignbus held another of their splendid Vintage Running Days recently at the beginning of December. A flavour of the day's events can now be viewed on the Features site by clicking here