Go North East Steps In to Save Quaylink Service

The future of the Newcastle Gateshead Quaylink bus service has been secured thanks to Go North East. 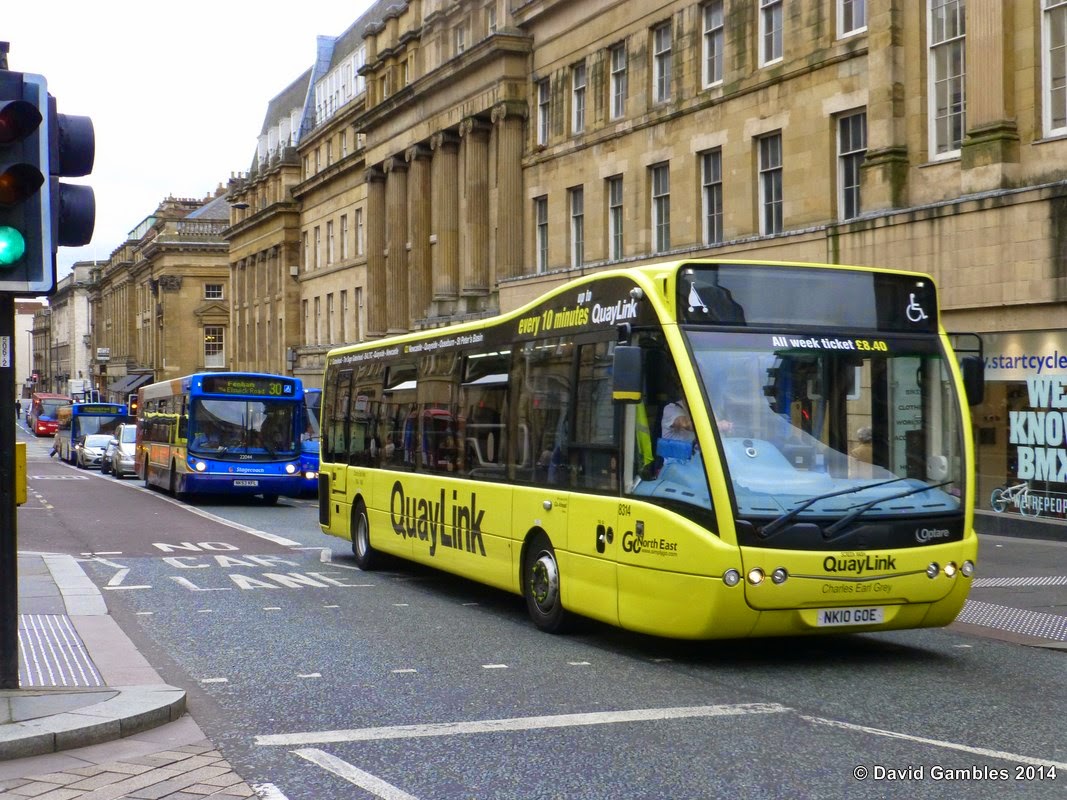 Cllr Nick Forbes, leader of Newcastle City Council and lead chief executive on transport for the North East Combined Authority, has announced that the city council is withdrawing its funding for the service.

This follows a similar announcement from Gateshead Council, which also part funds the current service.


Now Go North East has stepped in to save the service, which links the Baltic, Sage, Gateshead College and St Peter’s Basin with Newcastle city centre and Gateshead Interchange.

Kevin Carr, managing director of Go North East, said: “With all our local authorities facing a funding crisis and some considering increasing council taxes, it’s inevitable that front-line services – including those buses funded by councils – will be hit.

“I’m pleased that we’ve been able to come up with a plan that will continue to provide a seven-day-a-week bus service to such an important part of Newcastle and Gateshead.

“But this must bring in to question the Combined Authority’s view that bus services are best controlled by local authorities – if they can’t guarantee a service as important as this, how can they guarantee improvements to the bus network?”

Focus Comment
How indeed? It is obvious the the desperate attempts by local councils and Nexus to grab control of the bus services in the north east cannot proceed. They just don't have the long term finances to back their misguided scheme which will rob council tax payers of large sums of money just to secure this harebrained idea.
Massive sums of money have already been spent on trying to justify the adoption of quality contracts. This money could and should have been spent on supporting local bus services - including the Quaylink service which was to be cast aside without any thought for passengers. This shows the reality of what publicly run services would be like. It's all to do with power seeking officials who are desperate to grab control and stop public companies making money from their operations. On the other hand these people are quite happy to invest their pension schemes in companies that make profits. They would indignant if they were told that their investments had been confiscated because a group of bungling officials had decided they could do better and that they had presented some dodgy figures in a desperate attempt to prove their case.


The Newcastle - Gateshead Quaylink services were launched in a blaze of publicity with a fleet of battery powered hybrid Designline vehicles. By the time the contract approached the end of five years the vehicles had proved to be drastically unreliable and new Optare vehicles replaced the Designlines.
Even though the vehicles were only five years old, Nexus and Newcastle / Gateshead councils who owned them were landed with the problem of what to do with them and issued statements saying that they were being sold for further use. They disappeared for a while and eventually one of our contributors found them stacked in a scrap yard - so much for further use! 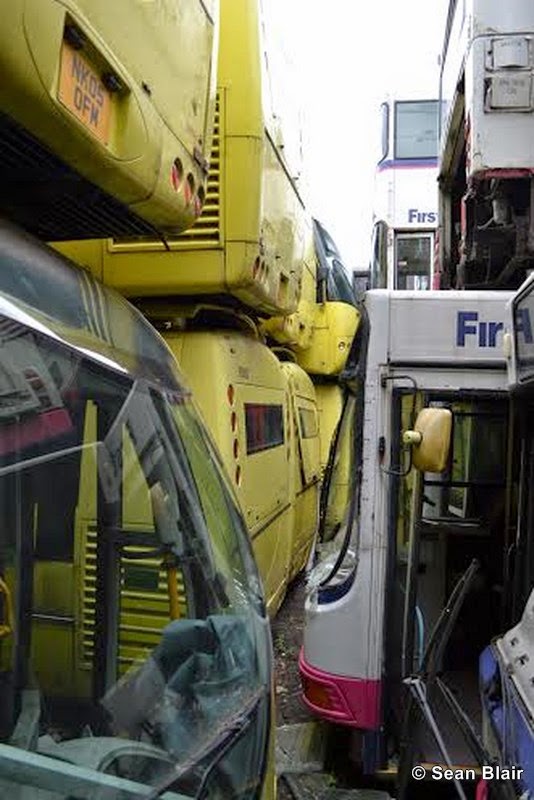 Left. Stacked with other scrap vehicles and ready for breaking and certainly no chance of ever being used again.

What a waste of public money!