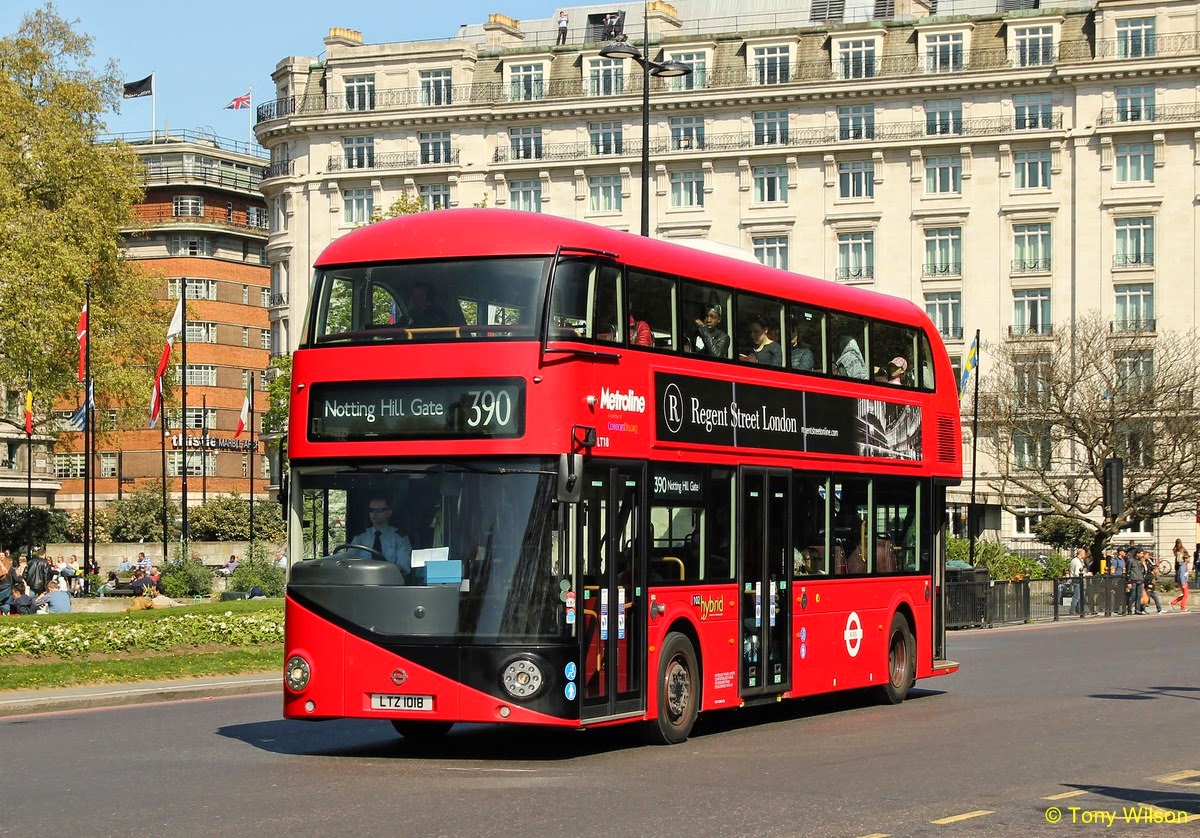 Ballymena's Wrightbus has landed a deal to supply another 200 of its "New Routemaster" buses to London.

In 2009, Wrightbus was commissioned by London Mayor Boris Johnson to build a cleaner and more efficient 21st century version of the Routemaster – London's iconic red double-decker bus.
The so-called 'Boris Bus' began service in 2012 and 600 of the hybrid buses have been already been ordered.
The firm said the new order would secure jobs at both its Ballymena and Antrim plants. 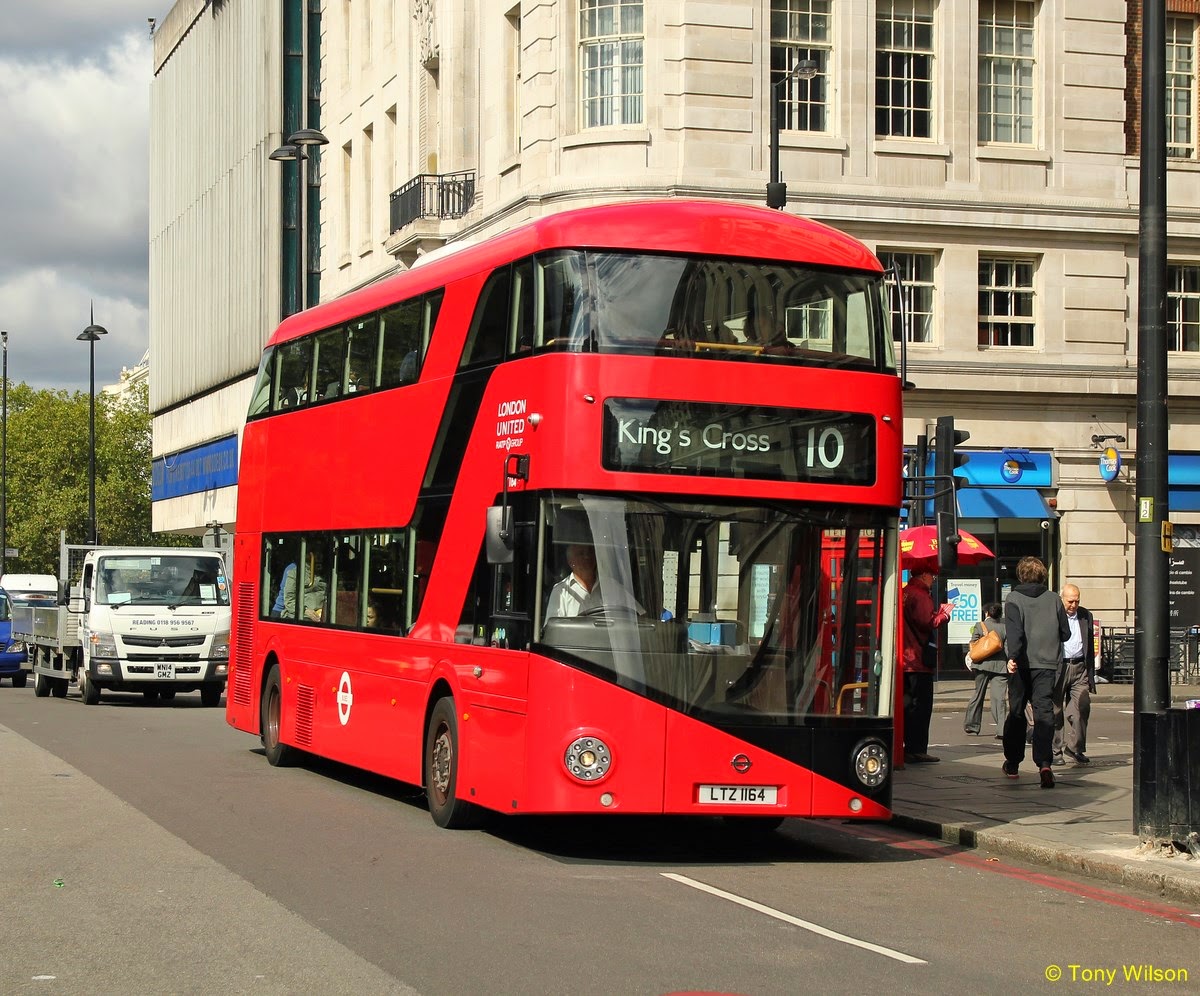 Wrightbus chair Mark Nodder said the order underpins its "programme of continuous innovation, and will benefit our local supply base in Northern Ireland".
"Once again we are delighted to have confirmation of a substantial order from London, which is a massive endorsement of the success of the New Routemaster and the company’s position as leading designers and manufacturers of eye-catching and environmentally responsible vehicles," he said.
Leon Daniels of Transport for London the buses "improve the journey experience of passengers, enhance air quality, reduce vehicle noise and cut emissions with associated health benefits".
"The buses will be built in Northern Ireland with many of the component parts also manufactured in the UK, creating jobs and stimulating the economy," he said.
In July, Wrightbus landed a £30 million deal to supply 415 buses to Singapore.
It comes after Wrightbus secured another major £41 million deal in the country two years ago.
The Co Antrim manufacturer is now the main supplier of double-deckers for SBS Transit - Singapore's public transport operator.
In 2012 the firm secured a three-year contract to supply 550 buses to Singapore.


THE NEXT LONDON ROUTE TO BE CONVERTED


Transport for London (TfL) has today announced that the next bus route to be served entirely by New Routemaster buses will be the 137. 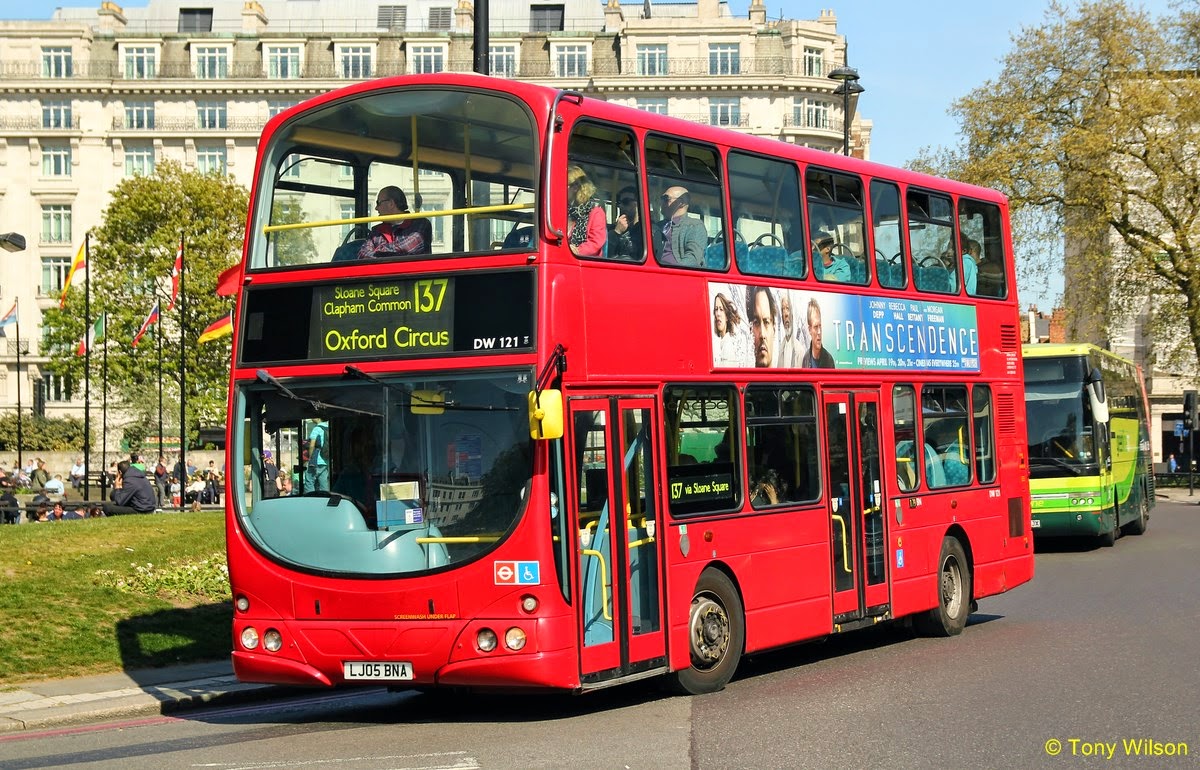 From Saturday 6th December there will be phased conversion of the route, which is operated by Arriva, and runs between Oxford Circus and Streatham Hill, via Marble Arch, Hyde Park Corner, Knightsbridge, Sloane Square, Chelsea Bridge, Battersea Park and Clapham Common.  The route will be running entirely with New Routemaster buses by the end of December.

During peaks hours, 31 of these state of the art buses will be in passenger service to carry the 22,000 people who travel on the route each week day.


Route 137 will operate with the rear platform closed when the bus is moving, with large numbers of passengers able to quickly board and alight using all three sets of doors and two staircases at bus stops.  Every London bus route is different and as these buses are rolled out across the capital TfL will consider the best possible operating arrangements on a route by route basis.  As the Mayor has previously made clear, there will not be a requirement to have a conductor on every bus at all times1.  New Routemasters already operate without a conductor on routes 8, 148 and 453.


AN EXTRA 500 BUSES PLANNED FOR GROWING CAPITAL BEFORE 2021


More than 500 extra buses will be brought into use on London's roads to cope with population growth, Transport for London (TfL) has said.
Investment of £200m will also be earmarked for improving the reliability of the bus service, it added.
The draft investment plan which sets out spending until 2020/21 will be considered by the TfL board on 12th December.
London's bus network carries 6.5m passengers every day, according to TfL. 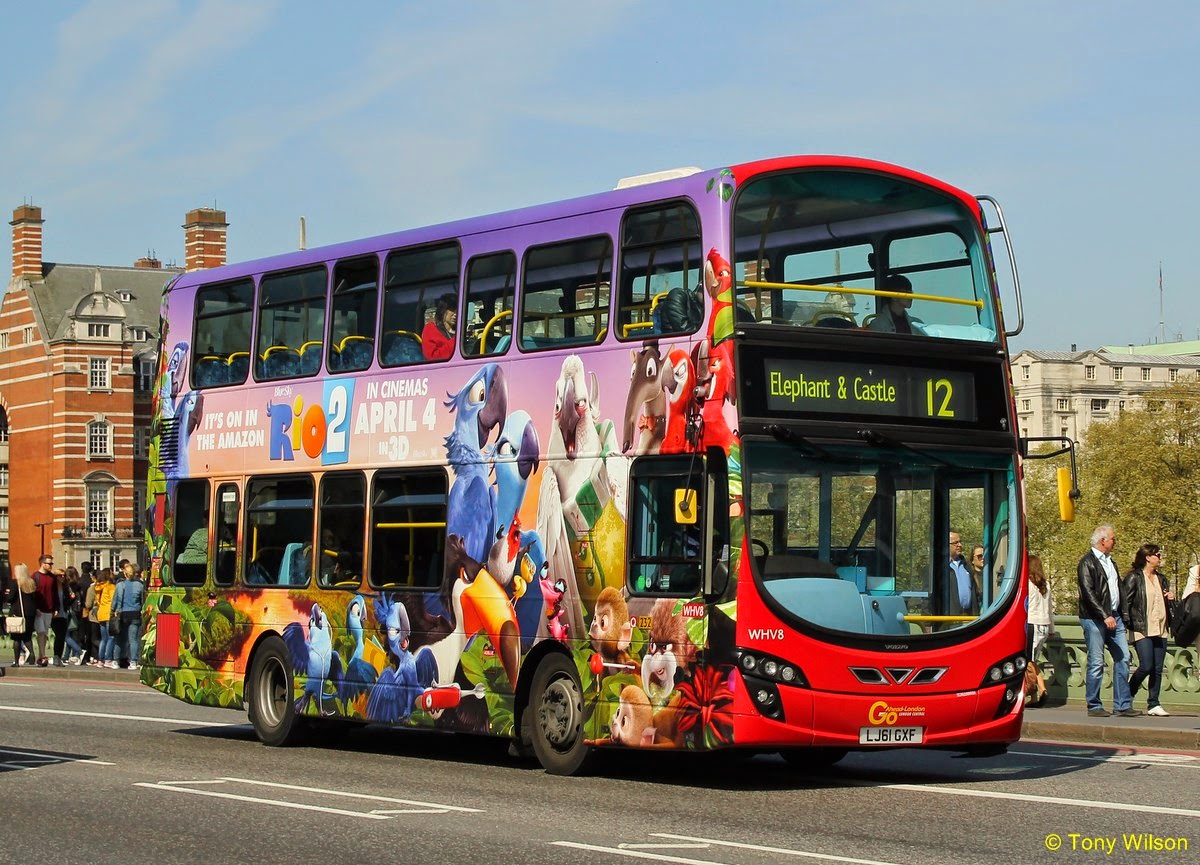 It said the capital's population was growing faster than any other European city. According to the Greater London Authority, the population is set to increase by 37% to more than 11m by 2050,
The extra buses would be used in key growth areas, such as Barking Riverside and Elephant and Castle, providing bus routes between new residential areas and local town centres.
They will allow 2.9m extra customer journeys per week, said TfL. 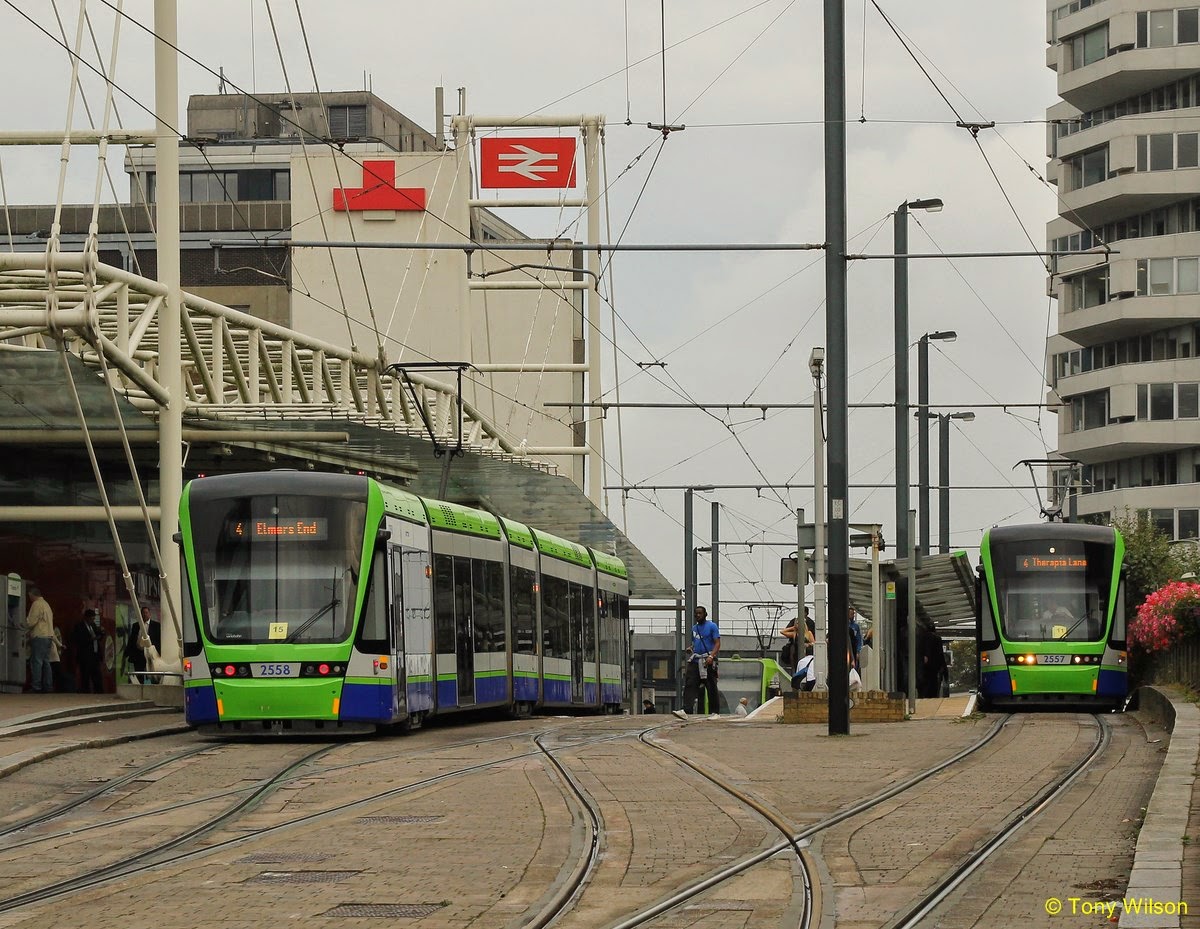 There are also plans to increase the capacity of London Tramlink on the Wimbledon to Croydon line by half, while there could be an extension of the Tramlink network within the next decade.
London's transport commissioner, Sir Peter Hendy, said: "The number of passengers on the bus network is at its highest since 1959 and this investment will help address the growing demand, improving customers' journeys, bus reliability and customer satisfaction."