DISCONTENT ON THE RAILWAYS

Rail travellers at their unhappiest for five years: Fewer than one in three passengers on worse performing lines are satisfied with the service 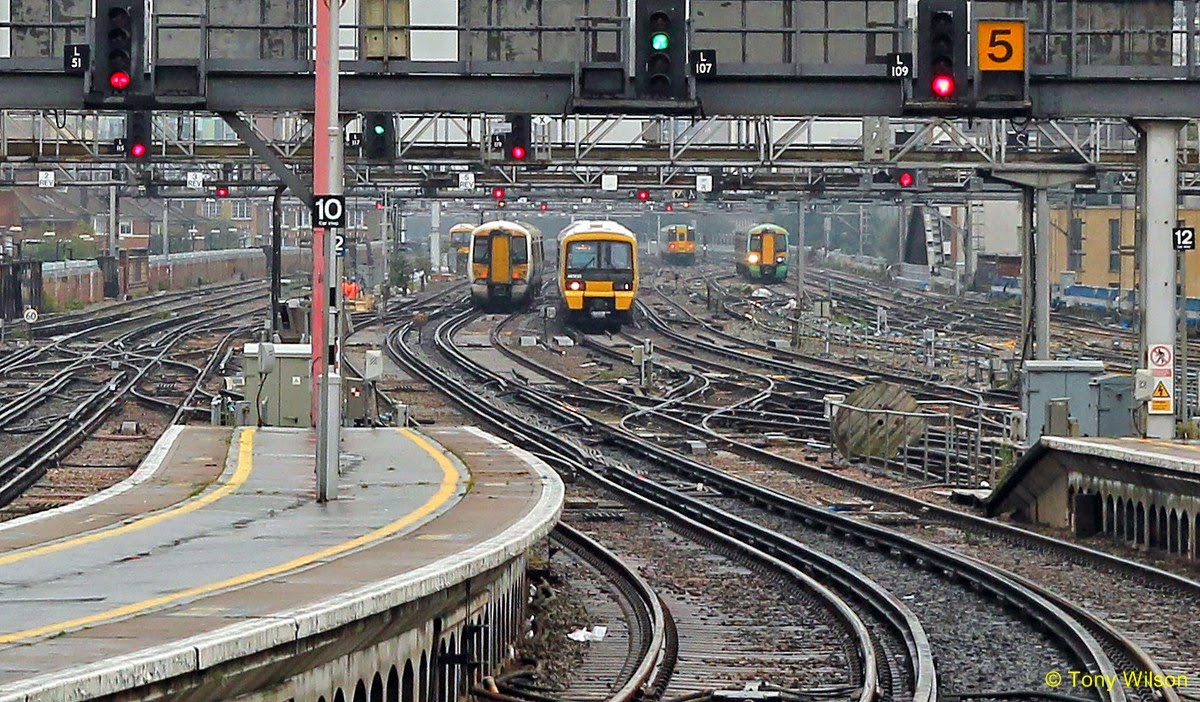 Passenger satisfaction with the railways is at its lowest for five years, a report said yesterday.
Fewer than one in three commuters on Britain’s worst performing railways are satisfied with their expensive, delayed and overcrowded services, it said.
The number is ‘significantly down’ compared with a year ago – while dissatisfaction is soaring as three-quarters (77 per cent) are unhappy, it concluded.
And for millions of commuters the published timetable is simply ‘a work of fiction’ because so many trains run late.

Passengers are being ‘let down’ by rail bosses – many cashing in big bonuses - against a background of soaring fares, poor punctuality and overrunning engineering works, it said.
Nationally the rail watchdog’s report noted: ‘The biggest decline in satisfaction was with punctuality and reliability.’
Passenger Focus said the overall satisfaction figure of 81per cent – with one in five dissatisfied - was the lowest performance for more than 5 years. The last time it was that low was in Spring 2009. Before that, the lowest figure was 79 per cent in 2007.
The report said the biggest impact on overall satisfaction was punctuality (38 per cent), followed by cleanliness inside the train (18 per cent), and speed of journey ( 8 per cent).

The biggest impact on dissatisfaction came from how train companies deal with delays , with more than half (54 per cent) citing this. After than comes punctuality and reliability (14 per cent), and overcrowding (7 per cent).
Rail chiefs apologised and admitted they ‘must do better.’
Worst value for money is South West Trains’s suburban services – dubbed by one leading MP as the ‘sardine line’ - and on Abellio Greater Anglia’s mainline service where just 29 per cent of people said they were satisfied.
The Stansted Express won just 32 per cent satisfaction, as did the Gatwick Express and South West Trains’ service from Portsmouth to Waterloo.
Tucked just behind them with just 33 per cent ‘value for money’ satisfaction rating is South Eastern’s Metro service, followed by its high speed service (34per cent) and Govia Thameslink’s Great Northern route, (35 per cent).
Worst route for punctuality is Govia’s Thameslink South route with only just over half (56 per cent) satisfied with performance.
Passengers feeling most overcrowded with standing room only (48 per cent) are on Abellio Greater Anglia’s Metro service (43 per cent). Govia’s Thameslink South service manages just 48 per cent. But South West Trains commuter routes to London (54 per cent) and mainline services (59mper cent) are also among the worst for passengers feeling the squeeze, as is London Overground from Richmond to Clapham Junction and Stratford (51 per cent).

Midlanders feel the crush on London Midland’s commuter route to the capital (58 per cent) and on Cross Country services from Birmingham to Manchester and the South Coast (both 59 per cent).
The damning evidence was published in a 60-page report by official consumer watchdog Passenger Focus following its survey of 27,000 passengers
Overall, one in five travellers say their train journey leaves something to be desired, with just 81per cent expressing satisfaction with their journey when questioned last autumn – a drop of 2percentage on the previous autumn. And study did not include the Christmas period, when trains into London King’s Cross were seriously disrupted.
Lowest scoring train operators overall were Govia Thameslink and Southern (both with 77per cent) and Southeastern (74per cent). Southeastern’s overall satisfaction score fell 11percentage points compared to a year ago, while Cross Country’s dropped 4 percentage points.
By contrast, the highest-scoring operators were Heathrow Express and Grand Central, (both 94per cent) and Chiltern (93per cent).
Anthony Smith, chief executive of Passenger Focus, said: “Rail passengers’ satisfaction is driven by getting trains on time. Many are being let down - fare increases, billions in Government investment and promises of improvement don’t seem to be delivering change on the ground.
He said; ‘Passengers do not care who is to blame for things going wrong and for some of them the timetable is a work of fiction. If it really is the case that better day-to-day performance can’t be achieved, then an honest, open debate is now needed so that passengers might be able to trust the promises made by the industry again.’
el Roberts, director general of the Rail Delivery Group, representing rail operators and Network Rail, said: ‘These results show how passenger satisfaction has been dipping after years of steady improvement and they reinforce our determination to do better.
‘The timetable is our promise to passengers, and too often we aren’t making good on this commitment.’


Rail fares on some of the busiest routes serving London have more than trebled since the railways were sold off 20 years ago, new research reveals today.
A peak walk-on return ticket from London to Bristol (First Great Western) cost £57 in 1995 compared with £197 today - an increase of 246 per cent. A similar ticket between the capital and Manchester (Virgin Trains) has risen 243 per cent - £96 to £329. From London to Liverpool (London Midland) the increase is 232 per cent - £93 to £309.
The TSSA transport union, which commissioned the independent research by rail expert Barry Doe, published a top 10 list of increases. It called on Labour to "give passengers a break" by introducing a one year fares freeze if it wins the General Election. Rail fares and the running of the national network - heightened by the chaos of the over-running Christmas shutdown and the continuing problems at London Bridge - is set to form a key topic of the election amid calls for renationalisation.
It also put the pressure on Ed Miliband to come up with a clear commitment on the future of the railways and fares in particular. Manuel Cortes, TSSA general secretary, said: "This is nothing short of a list of shame. The whole fares structure has proved a license to print money for those at the top." He said passengers had "paid a terrible price as a result of the political folly of privatisation. "We want to end this annual persecution of passengers which started after privatisation. We now want Mr Miliband to treat passengers fairly, not just as another source of revenue," said Mr Cortes.
A spokesman for the Rail Delivery Group, which represents Network Rail and train operators, said: “The TSSA’s figures are misleading in the extreme because they deliberately focus only on the most expensive fares. “On average, the cost of rail travel has increased by six per cent in real terms over the last 15 years. Passenger numbers have almost doubled over the same period, contributing to a fivefold increase in money going back to government to reinvest in a better railway.” 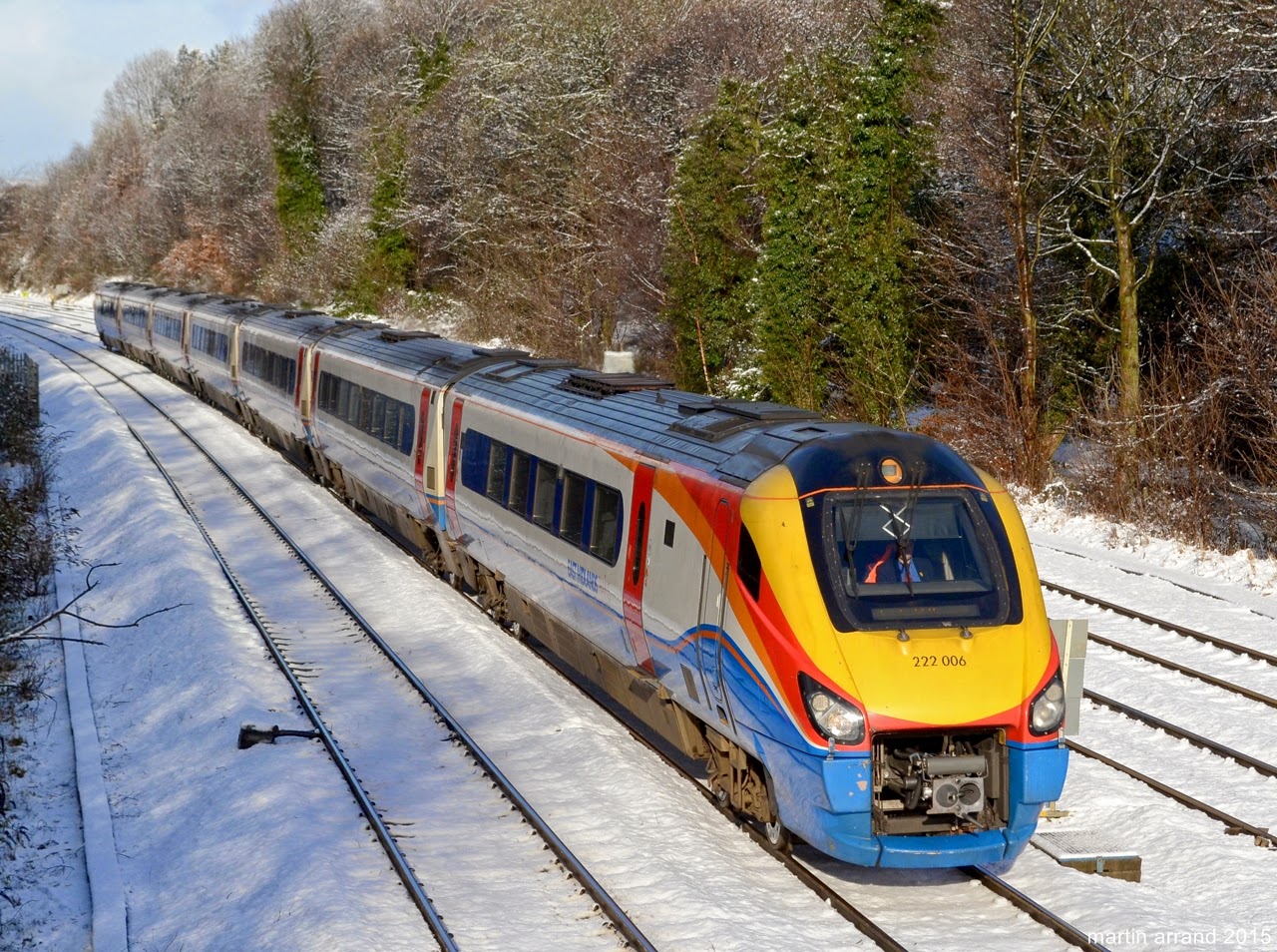 Martin Arrand spent a couple of hours on the railway bridge just north of Chesterfield Station after the snow had stopped falling. A selection of his images can now be viewed in an album by clicking here