By popular request, here are a few more favourite pictures from 2014 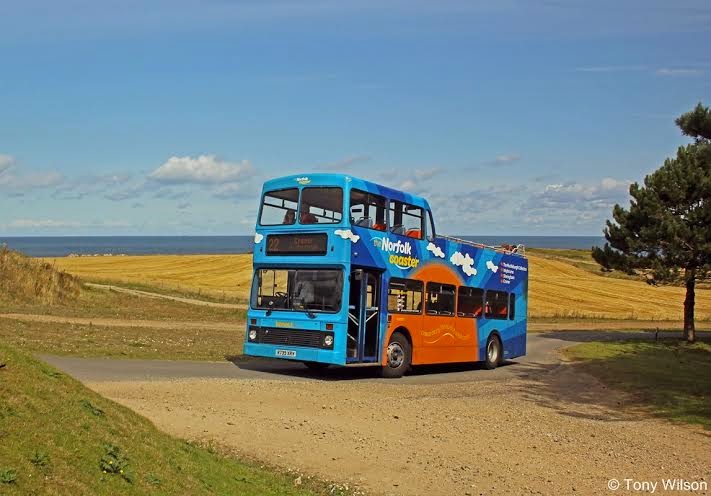 The 2014 summer season saw Go-Ahead owned Konectbus commence an interesting new open top venutre along the North Norfolk coast from Cromer via Sheringham and Cromer to the Muckleburgh Military Collection. For this the company acquired an existing Northern Counties bodied Volvo Olympian, made spare from the Isle of Wight based Southern Vectis sister company. 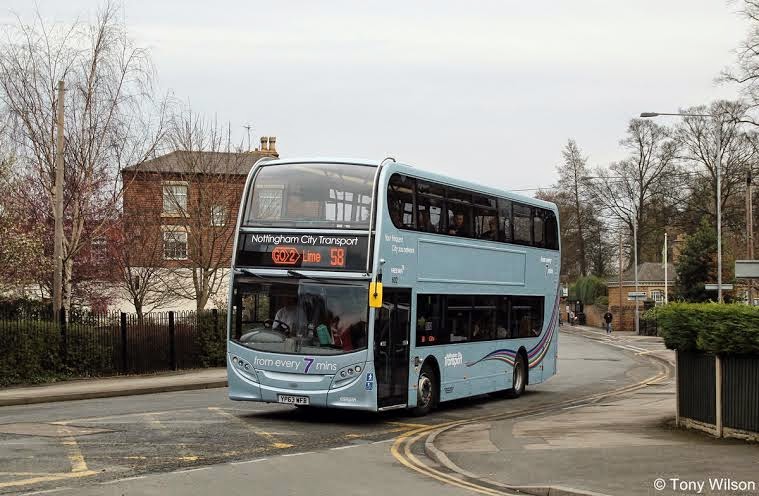 Nottingham City Transport made heavy investment in Alexander Dennis products during 2014. These came in the shape of single-deck Enviro200 and double-deck Enviro400 buses. One of the latter features a generic livery unlike most that were in a variety of liveries for the GO-2 network of services. 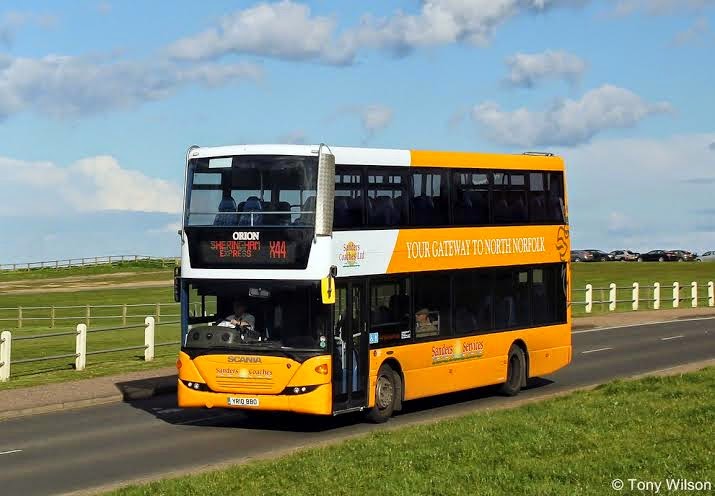 Sanders Coaches based in North Norfolk at Holt have been acquiring good second-hand buses from a number of sources over recent years. Included during 2014 was this all-Polish built Scania OmniCity former demonstrator that had previously been with Beestons. The bus is a regular visitor to the 44/44A/X44 group of routes that operate the corridor between Sheringham and Norwich via Cromer and Aylsham. 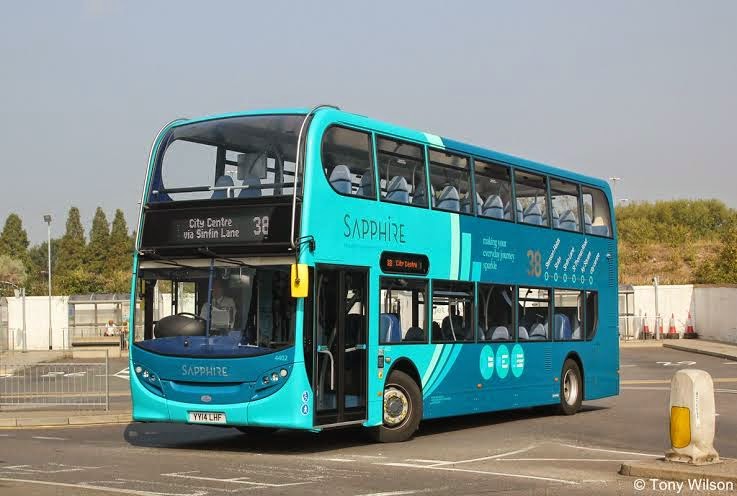 A further recipient of ADL products during 2014 was Arriva Midlands. A fine new fleet of Enviro400 double-decks were acquired in order to upgrade the 38 route in Derby to their high specification Sapphire type operation. 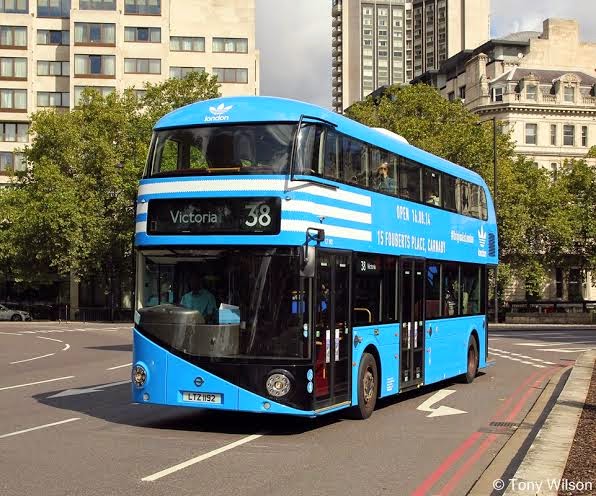 The New Bus for London (the New Routemaster or Borismaster as it has also been dubbed), became much more of a feature during 2014, with around 220 further examples of the type delivered to Transport for London. These were acquired for the full conversion to the type of routes 8, 10, 11, 38, 137, 148 and 453. Whilst most operated in the as required red livery, a significant number appeared in various all-over advertisements for a variety of concerns. One of the most outstanding was the blue livery applied to LT 192 seen here as it turned onto the Hyde Park Corner one-way system. 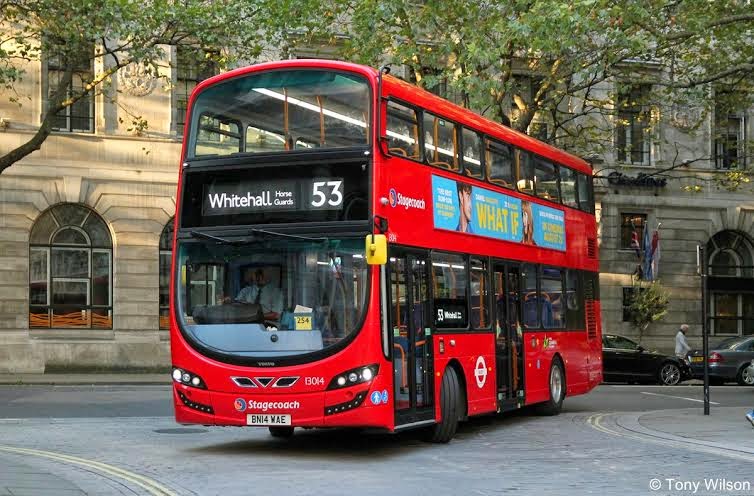 The re-styled Wrightbus Gemini 3 bodywork its first major appearance in London during 2104, when a batch of 32 were introduced by Stagecoach onto route 53. On a Volvo B5LH hybrid chassis fleet number 13014 turns from Northumberland Avenue into Great Scotland Yard to rest on stand before the next duty, in the fading light of an August evening.


And finally a couple from Roger Kaye when he spent an afternoon alongside the railway lines at Newark on Trent during last year. 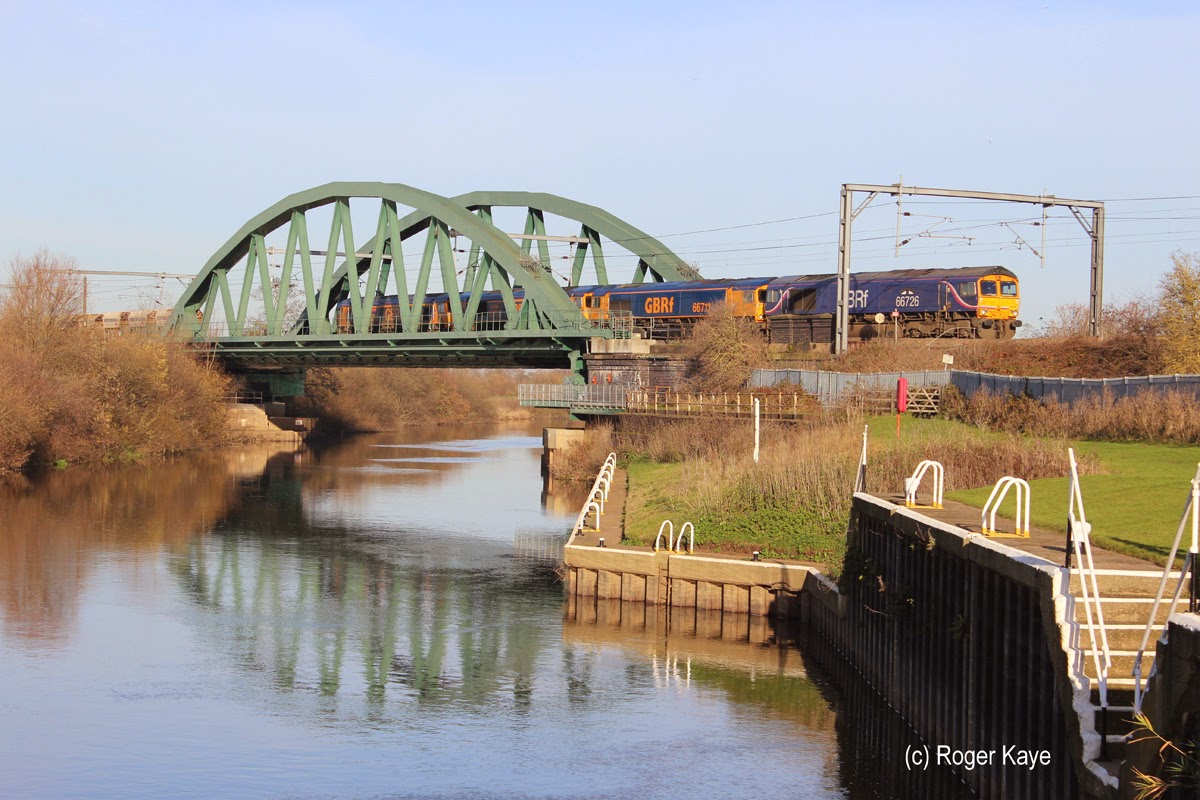 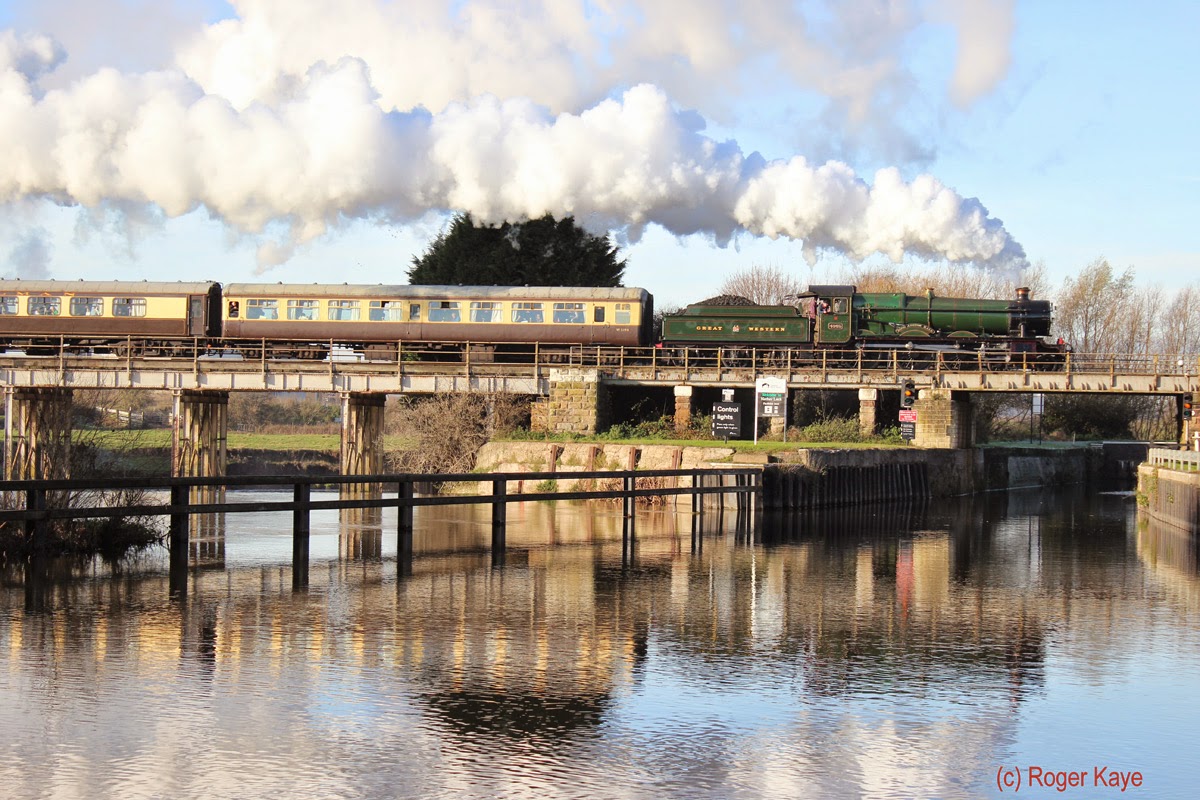