Network Rail finally reveals the reason they ruined Christmas for thousands of fed-up travellers: 'We ran out of train drivers' 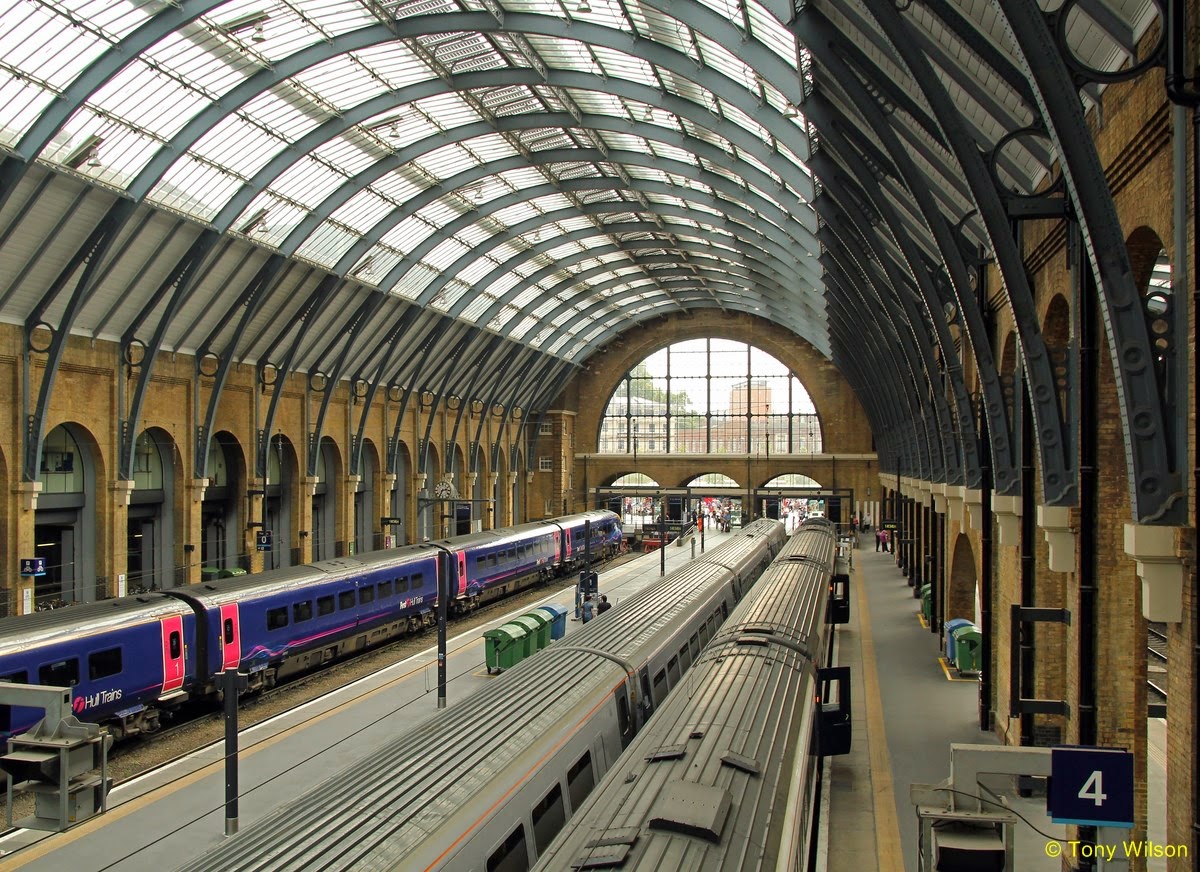 The Christmas train chaos which left thousands of passengers stranded was partly caused by a lack of train drivers, a Network Rail report has found.
Poor planning, equipment failures and communication breakdowns all contributed to the overrunning engineering work which led problems at London stations Paddington, King's Cross and Finsbury Park.
Passengers complaining of cancelled or severely delayed trains, sardine-like conditions and unexpected closures, and the ensuing row over the overruns eventually led to National Rail's chief executive Mark Carne announcing he would not be taking his 2014/15 annual bonus which could have been as high as £135,000.


And the chaos at King's Cross was heightened when Network Rail could not find enough train drivers to assist with the completion of work on tracks outside the station.
Work had slowed 'to a crawl' by the end of Christmas Day as there was just one driver for five trains across the site.
Drivers for the engineering trains that did work were in short supply and had to go home because they ran out of time after using up their ‘maximum shift limit’ – with no one available to replace them. Rail bosses shut King’s Cross and transferred passengers and trains to Finsbury Park, North London, which was then overwhelmed by dangerous levels of overcrowding.

'Whilst all the drivers involved were cooperative and committed to completing the project, they reached their maximum shift duration limits, which for safety reasons cannot be exceeded,' the report states, according to the Telegraph.
'The huge amount of construction activity over Christmas required the support of over 200 engineering trains. This demand exhausted the national supply of freight train drivers and some planned work had already been cancelled in the run up to Christmas because it could not be supported by train crew.'
At the height of the chaos there was just one driver to handle five engineering trains along a nine-mile stretch of track as the engineering timetable ran out of control and work ‘slowed to a crawl’.
Today's report has found that while physical work near London's Paddington station was completed on time, safety validation work that should have taken two hours instead took ten.

And when work near King’s Cross overran the trains were switched to start and finish at Finsbury Park station but 'not enough was done' to manage passenger flow at Finsbury Park which had to close for a time, so great was the crush.
Works should have been completed so King's Cross and Paddington could open on Saturday, December 27, after being closed for Christmas Day and Boxing Day.
But King’s Cross remained shut all day and Paddington only opened in the early afternoon.
Network Rail could now face fines of tens of millions of pounds from rail watchdogs over the engineering works at Holloway Junction north of King’s Cross and Old Oak Common between Paddington and Maidenhead.
Mr Carne, who earns £675,000 and was directing operations from his holiday in Cornwall at the height of the chaos, apologised for the fiasco.
He said today: 'A number of things went wrong in these two instances. In addition it is clear that our project back-up plans and the train service plans should have done a much better job in protecting the travelling public from our engineering problems.
'Over Christmas, we undertook the biggest programme of engineering and investment work ever, on train lines across the country. Ninety-nine per cent went to plan but in the case of King’s Cross and Paddington we let passengers down.
'I sincerely apologise for the disruption over the festive period and we are determined to learn the lessons so that we can continue to make the improvements the travelling public deserve.' 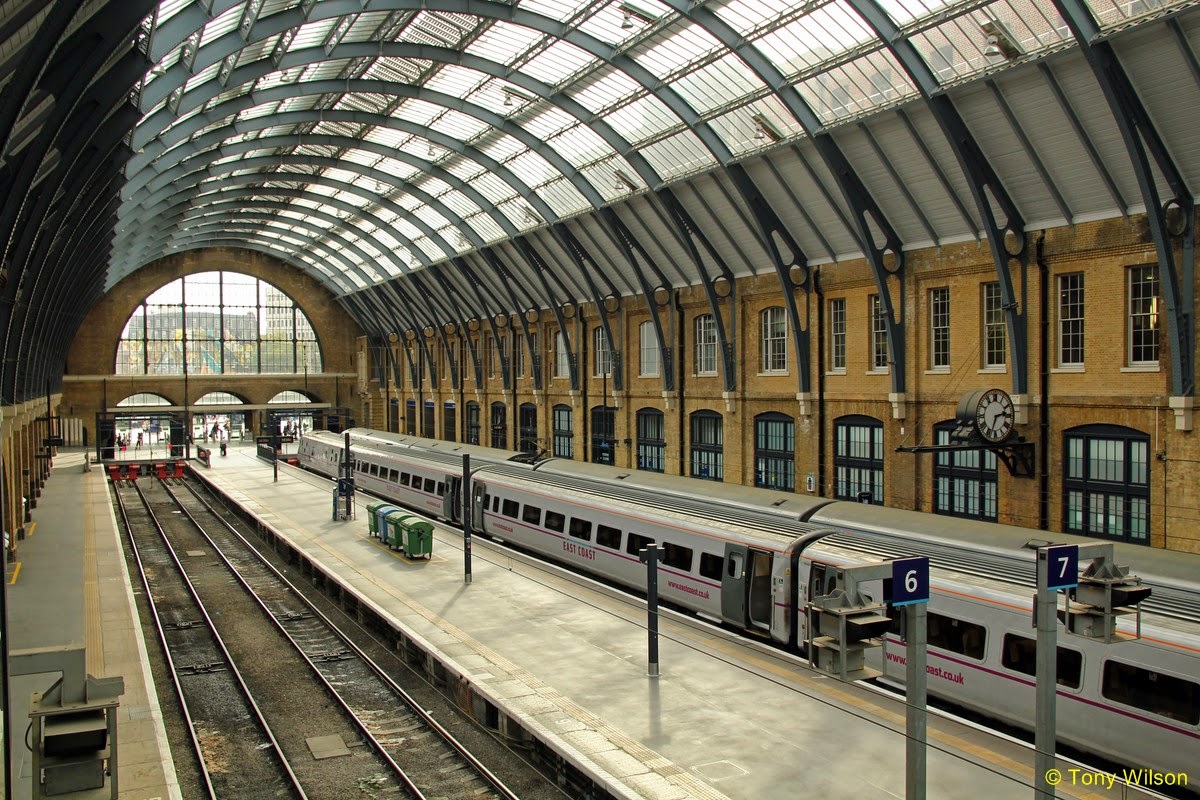 Passengers on the main East Coast line linking London to Scotland faced turmoil at King’s Cross because new and existing repair vehicles had not been properly tested before being put into use, could not properly couple together, and subsequently broke down. The one repair man on duty for up to 14 engineering machines could not cope.
Anthony Smith, chief executive of the rail customer watchdog Passenger Focus, said: 'On the basis of this report and the events on the day the industry has a long way to go to restore trust in how it handles these events
'There was no reliable Plan B at King’s Cross, so Finsbury Park was pressed into action. At Paddington confusion reigned. Overall few staff were around, information was patchy at best and no-one seemed in overall control. Passengers and government are pouring billions into the railways - they deserve better than this.'
Nigel Harris, editor of Rail magazine, said: ‘Network Rail could not have handled this in a worse manner. It was excruciating.’
The work affecting King’s Cross was carried out at Holloway in north London by National Rail in partnership with engineering company Amey.
Today’s report said there was a succession of equipment failures which stalled progress and there was insufficient contingency in the project plan to ensure the work would finish in time for services to run on December 27.
There were also delays in putting together a recovery plan with the train companies, the report added.
It went on: 'Not enough was done in both the planning and the implementation to ensure appropriately managed passenger flow at Finsbury Park; in particular a failure to implement an agreed platform strategy that would have separated alighting and boarding passengers.'

The report also said there were 'mutual failings in the communications between National Rail and Govia Thameslink Railway, who manage Finsbury Park station, around the implementation of the contingency plan'.
National Rail said that, by 10.30am on December 27, Finsbury Park had become so crowded 'that passengers on incoming trains were even unable to alight'.
The station was shut for around 30 minutes with some passengers having to queue outside for as long as two to three hours, the report said.
The work affecting Paddington was carried out at Old Oak Common in north west London by signalling framework suppliers Signalling Solutions Ltd (SSL).
According to the report, the 3.30am December 27 completion of the physical work on this project should have allowed for a 7am start of services at Paddington given that the paperwork checks and testing verifications would have been expected to be completed in one to two hours.
But this work was not finished until 1.14pm.
What should have been a two-hour job for ‘safety validation, testing and sign-off’ stretched to ten hours and meant that services from 7am had to be cancelled ‘without warning’.
On the paperwork delay, the report said: 'A lack of warning that this work was delayed and frequent changes to the forecast completion time made it difficult to plan an effective train service.'
National Rail added that several thousand passengers using Paddington on December 27 were affected by 'cancelled and severely delayed services'.

The report said that National Rail was taking action to ensure there was no repeat of the failings.
In a foreword to the report, Mr Carne said: “On December 27 thousands of passengers using King’s Cross and Paddington services, many of whom were travelling home after visiting friends and family over the holiday period, experienced significant disruption.
'They suffered both inconvenience and discomfort and I want to unreservedly apologise to everyone who was affected.'
He went on: 'In very complex projects sometimes simple things go wrong and these can snowball in short periods of time to become major issues.

'Our contingency plans should address these issues and protect passengers from our problems as far as possible. And our industry service recovery plans should minimise the impact of any disruption once it has occurred. On these occasions we simply did not do these things well enough.'
A second review of the December 27 failings is being carried out by rail industry body the Rail Delivery Group. The Office of Rail Regulation (ORR) has also launched an inquiry.
Mr Carne said the possibility of moving big engineering projects away from the Christmas period was being investigated.
Transport Secretary Patrick McLoughlin said: 'I am grateful to National Rail for this detailed and considered report into what went wrong with its engineering works over the Christmas period.
'I expect NR to take the necessary steps to ensure its recommendations, and any further measures arising in the light of the separate report being prepared by the ORR, are adopted quickly and fully.'
He added: 'Engineering projects on this scale are vital to maintain and grow the network. Passenger support is equally vital as they are paying for the work and bear the brunt of any disruption.
'That is why the industry must take any and every opportunity to improve how it manages the impact on passengers caused by major engineering work, especially the need for good contingency planning in case things go wrong.

'Passengers will rightly judge NR by its actions and its performance.'
Mick Cash, general secretary of the RMT transport union, said: 'At the core of this report is the clearest possible message that more than two decades of privatisation, fragmentation and under-investment has left Britain's railways with a backlog of maintenance and renewals work that is simply impossible to shoehorn in during the limited window offered over the Christmas break.
'To try and pretend that we can squeeze a quart into a pint pot does no-one any favours.'
He went on: 'The problems on Britain's railways are compounded by yet another slab of cuts being demanded from National Rail by the Government through their agents the ORR.
'Pile on the ludicrous proliferation of casualised contractors and agencies looking to make a quick buck and it is no surprise to us that we ended up with the shambles played out over Christmas and ever since.'
An ORR spokesman said its investigation would 'establish whether there is evidence that Natrional Rail or any train operator may have breached their licences, and any wider observations for the industry in determining what lessons should be learnt to improve performance for passengers in the future'.
The second review announced by Mr Carne is being overseen by a Rail Delivery Group working party led by Tim O'Toole, chief executive of transport company FirstGroup.
Mr O'Toole said: 'National Rail is spending £38 billion over five years to build a better railway and meet the booming demand for train travel, helping to drive Britain's economic growth.
'Major projects such as those completed over the Christmas period are crucial to the continued improvement and high safety levels of our railway.'
He went on: 'But thousands of passengers did not get the service they deserved in the days following Christmas. So it's right that the industry takes a good look at how it plans improvement works, and the best time to carry these out.'

The full report can now be viewed at the following link: