Salisbury Reds is celebrating its milestone 100th anniversary by launching two specially designed heritage buses.
The vehicles - one with its exterior and interior decked out in pre-war 1930s style and the other 1940s post-war - will operate across Salisbury Reds’ routes in and around the city.
“It’s a wonderful achievement to have been operating as Salisbury Reds - and before that as Wilts and Dorset - for 100 years. And we’re planning a whole year of celebrations, starting with these special buses,” said Salisbury Reds operations manager, Andrew Sherrington.
“The centenary year is real history in the making - and we’re hoping people living in the area will enjoy travelling around the city in much the same way as they did all those years ago. The seats of our heritage buses have also been fitted out in original moquette style - with storyboards highlighting our 100 year old history.
“We have lots planned over the coming months - and the team here is excited to be celebrating with those who travel on our buses here in Salisbury.’
For more information about Salisbury Reds, and to find out about events planned for 2015, visit www.salisburyreds.co.uk 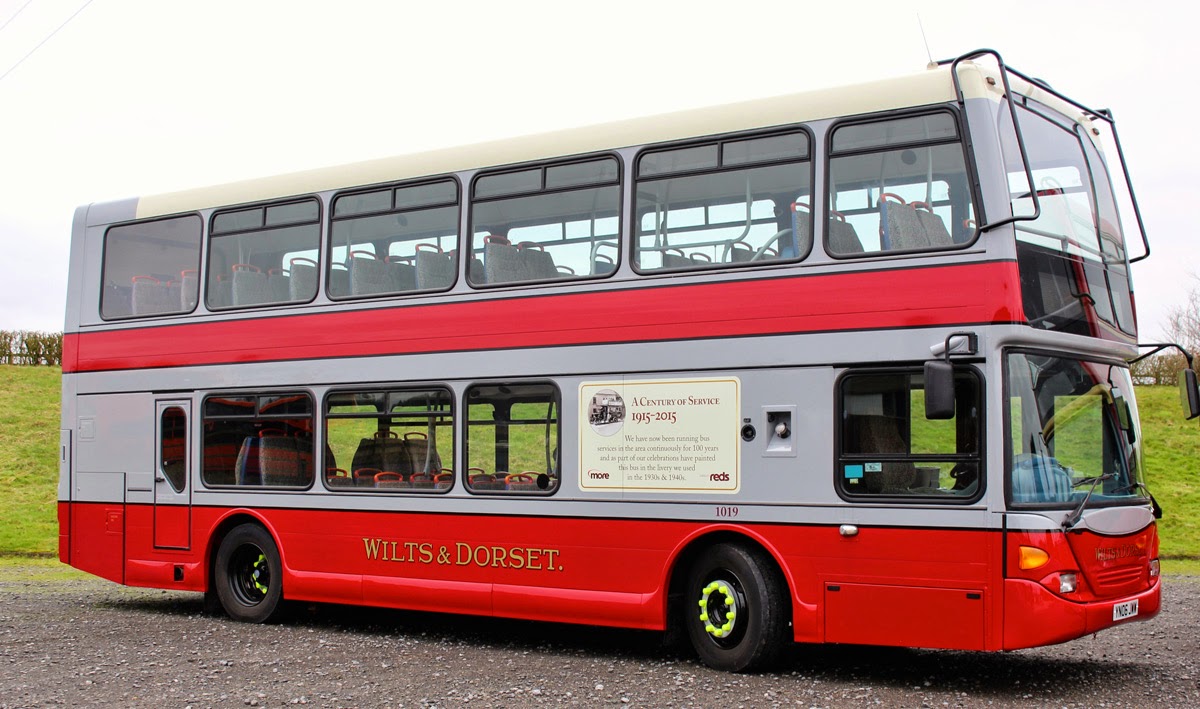 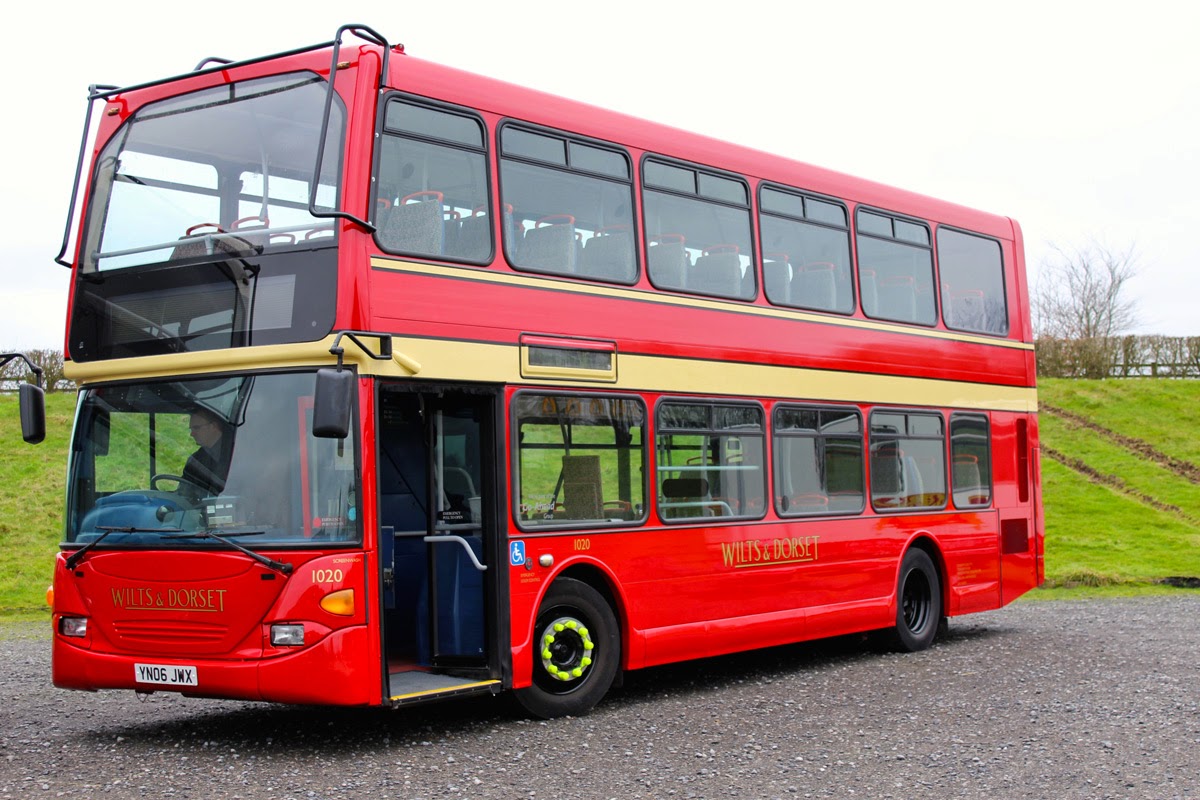 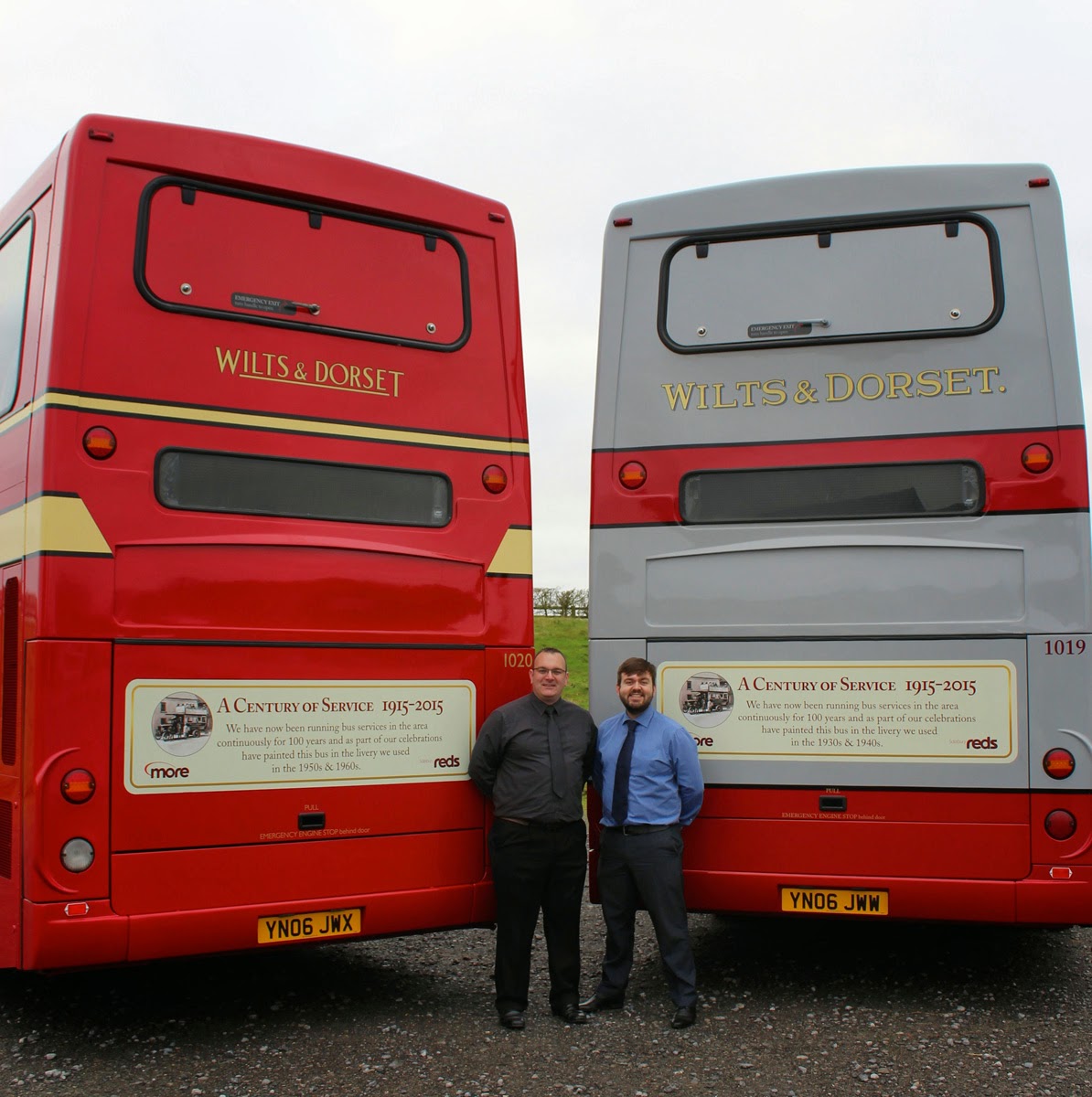 Andrew Sherrington the Operations Manager for Salisbury Reds and Ian Challenor the Depot Manager, stand proudly showing off the rear aspects of the two buses. 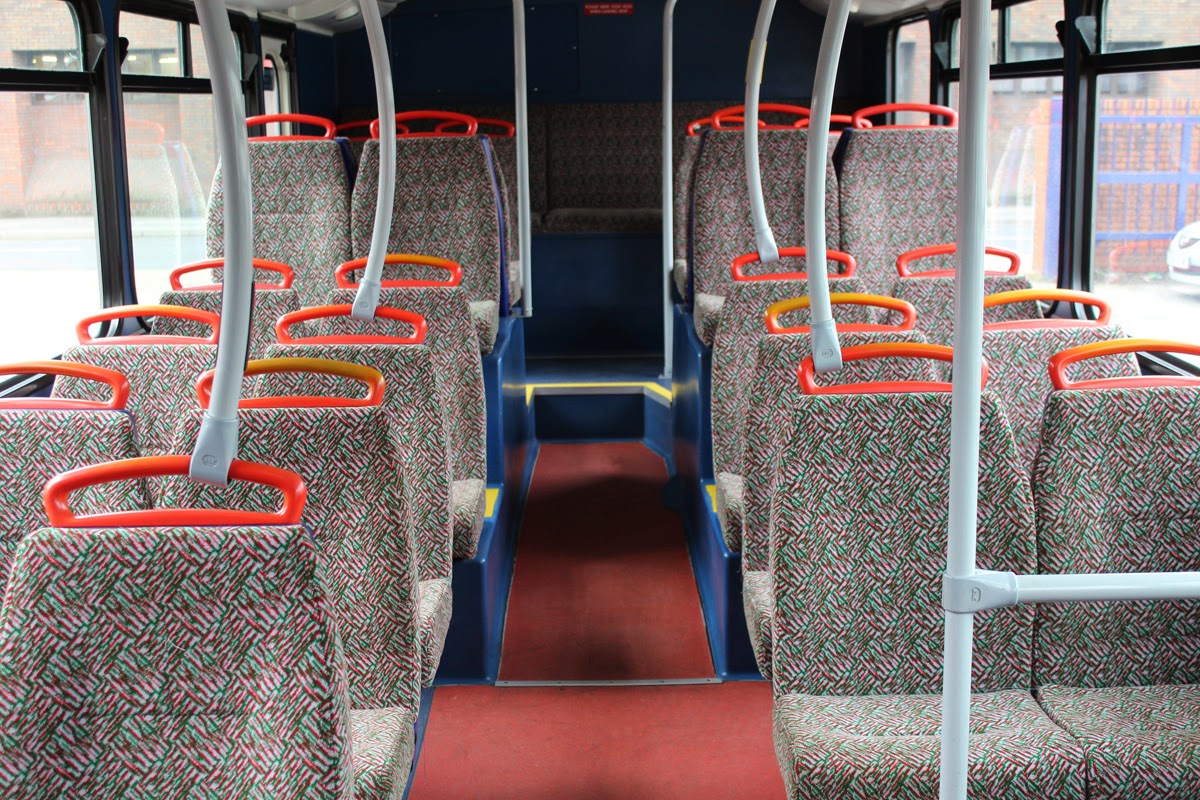 This interior image illustrates the moquette

Information and images have been provided by Salisbury Reds, to whom the Focus Transport team are very grateful

And finally Focus Transport comment.
The two buses nose to nose. Many companies around the country have recently applied 'heritage' liveries to all sorts of vehicles illustrating just how good these earlier and older liveries look when applied to modern buses. Old style civic pride in local buses is being re-created by commercial operators who are recognising the value of local liveries.