KEY bus services in York could be cut as they are not being used enough, transport managers have warned.
Services which cater for the North, South and West of York are under consultation with a view to reducing or altering services because passenger levels are too low and buses are sometimes empty. 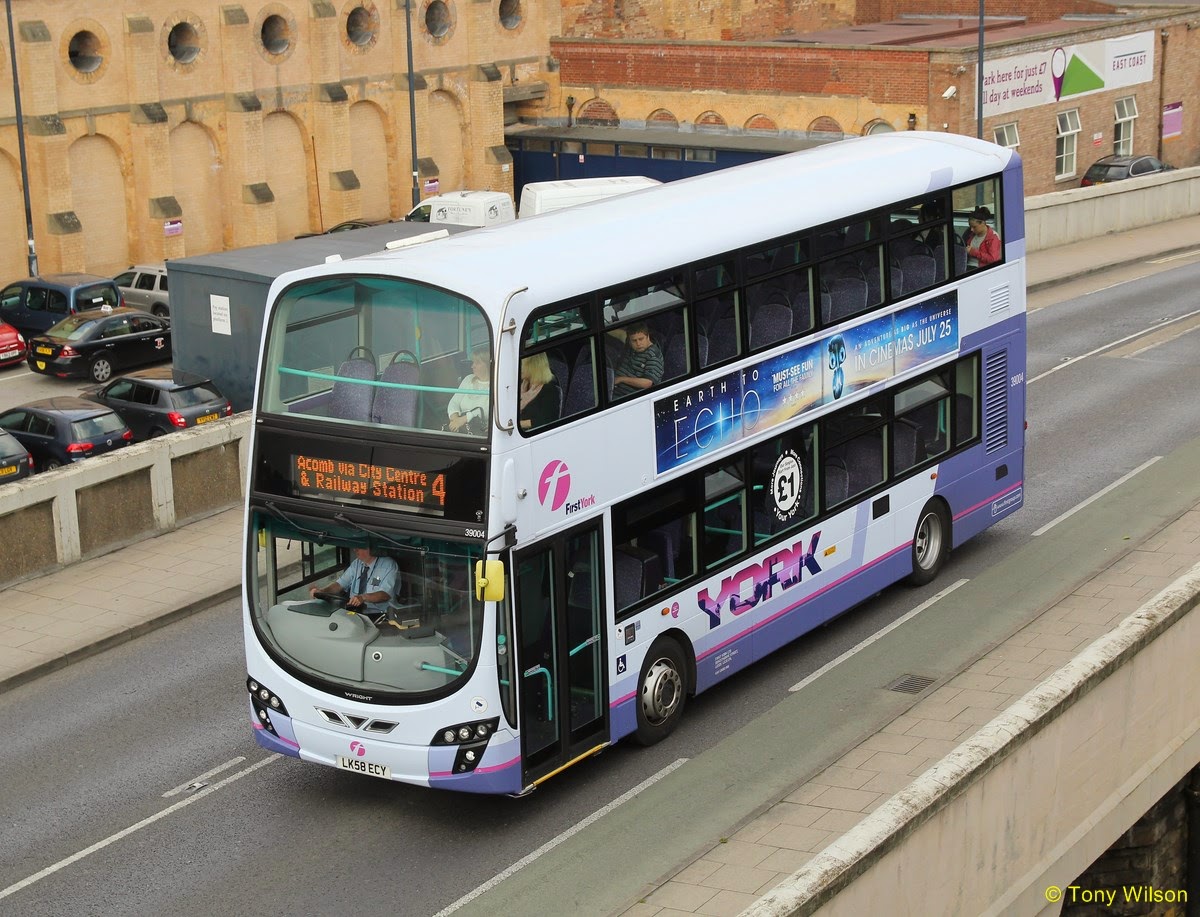 They include route 1 from Wigginton to Chapelfields, route 4 from the University to Acomb, route 5 from Strensall to Acomb, route 12 from Monks Cross to Foxwood Lane and route 13 from Copmanthorpe to Haxby.
First buses are asking for feedback, with four public meetings in the coming weeks and via an online survey, before making any firm decisions about changes.
Will Pearson, First's business manager in York, said: "We are looking at volumes of passengers and looking to see if the routes are fit for purpose in terms of meeting demand. We have to look at having a viable usage.
"Before making any decisions we want to speak to the local community."
He said he was not anticipating that the changes would result in staff redundancies.
However, concerns have been raised that all of the forthcoming meetings are on weekdays during the day.
Westfield councillor Andrew Waller said: "If you are a bus user using the bus in the day time to get to work you won't be able to comment."

He said: "The bus service is very well used and it's something that people in the area rely on to get to work and move around the city. Westfield has one of the lowest car ownership levels in the city. Any reduction in service will have a major impact on the connectivity of the area and the rest of the city."
Green councillor Andy D'Agorne said he would be concerned reductions may discourage people from using the bus.
He said: "My major concern would be a reduction in the evening or early morning or weekends when people rely on them for work or visiting friends or relatives.
"I'd be concerned about anything that reduces the attractiveness of buses or means people stop using sustainable transport."
First is seeking views on bus routes from people living on affected routes.

Mr Pearson said: “The bus plays a really significant role in connecting our local communities and easing congestion on our roads. It’s therefore important we make the best use of our buses and drivers and that our services go where they are needed. This may mean some changes to bus services in certain areas.
“Our aim is to continue attracting more people onto bus services through value for money fares, improving the quality of service and ensuring our network goes to the right places matching service levels with demand.”
First York has had a growth in use of 4 to 5 per cent over the last year, with 11 million journeys made in the area.