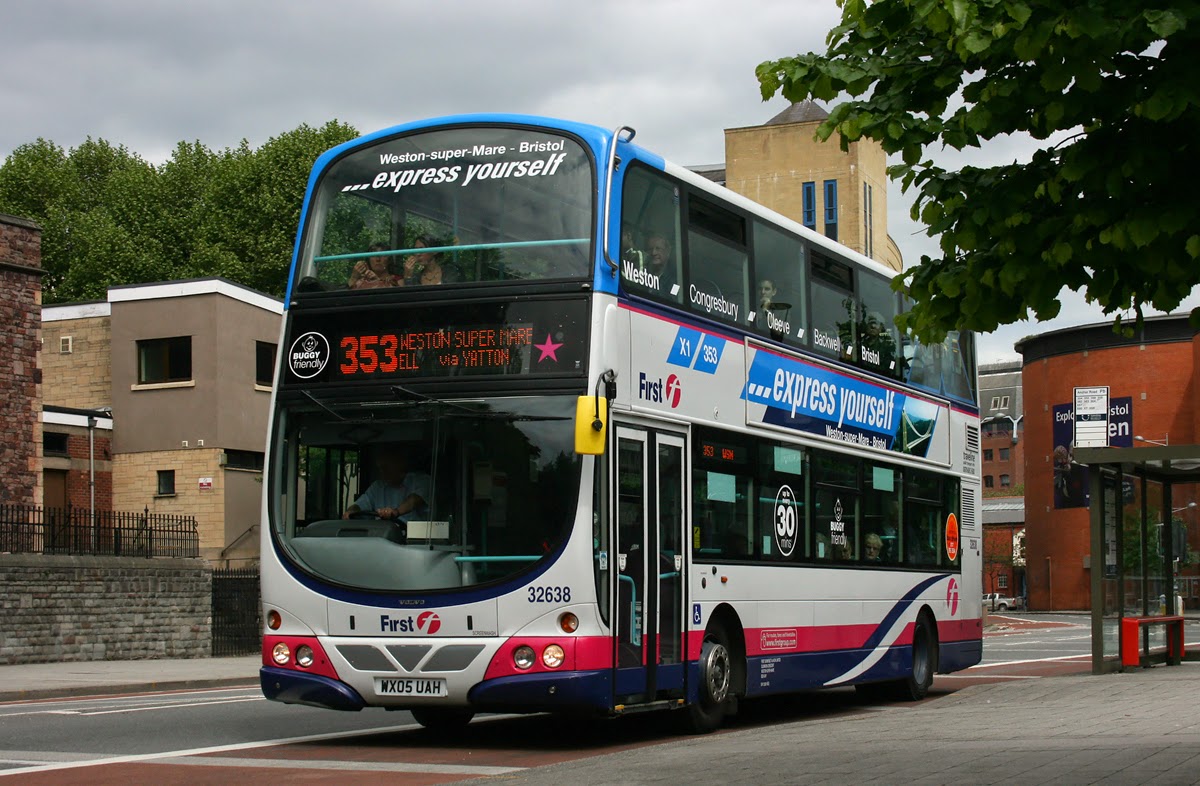 A mother-of-two fed up of waiting for late buses invoiced the company £103 for her wasted time and was given £70 back in free day passes.
Elizabeth Thomas, 44, said she wasted 11.24 hours waiting for the delayed service to and from her office job in Clifton, Bristol, and was less able to spend time with her children.
The single mother from Stoke Gifford complained to First Buses about their late running service on 30 occasions within the past three years, but said she received no response.
So she produced an invoice for her time which she worked out was worth £9.19 per hour – resulting in a cost of £103.30 - and handed a bill to bosses at a public meeting.

'I don't mind waiting for buses. If I arrive a couple of minutes early at the stop, or if I have to wait between changes, I don't mind that,' she said.
'But it's when they are late or don't show up with absolutely no explanation.
'I've had to start leaving an hour earlier just to be sure I get to work on time, and by the time I get home I'm looking at a 12-hour day most days.

'That's time I should be spending with my children. Is my time not valuable to First?
'It is time I am never going to get back and I believe my time is valuable.'
First West of England agreed the company was at fault on six of the 30 occasions and decided to reimburse her with 10 day travel passes worth £7 each.
Ms Thomas, whose children are aged 14 and 17, uses two buses each way to make the daily eight mile journey to her office in Clifton and back.

She uses her Twitter account to document any late or no-show services and decided to go back through it and tot up the total amount of hours wasted waiting.
The mother-of-two calculated that since summer 2012 she had wasted 11.24 hours waiting for buses.
A spokesperson for First West of England said: 'In line with the terms of our customer promise we have sent Ms Thomas a number of free day tickets for her to use at her leisure.
'These take into account the fact that on some of the occasions she noted the buses she tried to catch did not run as scheduled.
'We're really sorry that she has encountered problems using our services.
'While we will -to some extent - always be hampered by things beyond our control, such as roadworks, incidents and accidents on the highway, we are committed to improving the punctuality and reliability of services, and ensuring that those things within our control run as they should.'
Mrs Thomas leaves her home at 6.55am and attempts to get the number 75 or the X75 bus from Bristol Parkway station at 7.12am.
She then changes bus at Rupert Street bus stop, in Bristol City Centre, at around 7.30am before getting on a new bus five minutes later.
The final bus, which could be any number of buses, drops her off at Whiteladies Road, Clifton, where she works as an operational manager. With the weather conditions throughout the country causing serious disruption in many places, part of the Focus Transport team's home location has not been immune. Joseph O'Neil has kindly provided a set of images, that illustrate some of the difficulties encountered by buses in Chesterfield recently. These can now be viewed in an album on the  Flickr site by clicking here