IT'S BETTER BY BUS IN YORKSHIRE

Bus services in Yorkshire are enjoying a renaissance – but you wouldn’t know if you listened to politicians trying to win your votes at the general election on May 7.

Labour’s shadow transport secretary Michael Dugher is MP for Barnsley East, but it is worrying how little grasp he seems to have of buses in his own backyard outside the bubble of Westminster (The Yorkshire Post, February 11).
Our region’s high quality bus services are integrated with trams and trains in Sheffield, help people get to hospitals and education facilities in Barnsley, connect with business parks in places like Manvers and bring trade to the high street in Rotherham.
They can’t go everywhere, just like our National Health Service can’t fund every drug or medical treatment, but buses are keeping our region’s communities connected and the economy moving.
Bus companies are not interested in the status quo, they want to change the way people think about the bus. They are also working with local authorities on a new approach to delivering bus services. That partnership approach is working.
In Sheffield, Stagecoach, First, Sheffield City Council, Sheffield Community Transport and the South Yorkshire Passenger Transport Executive have embraced their shared responsibility to improve bus services. 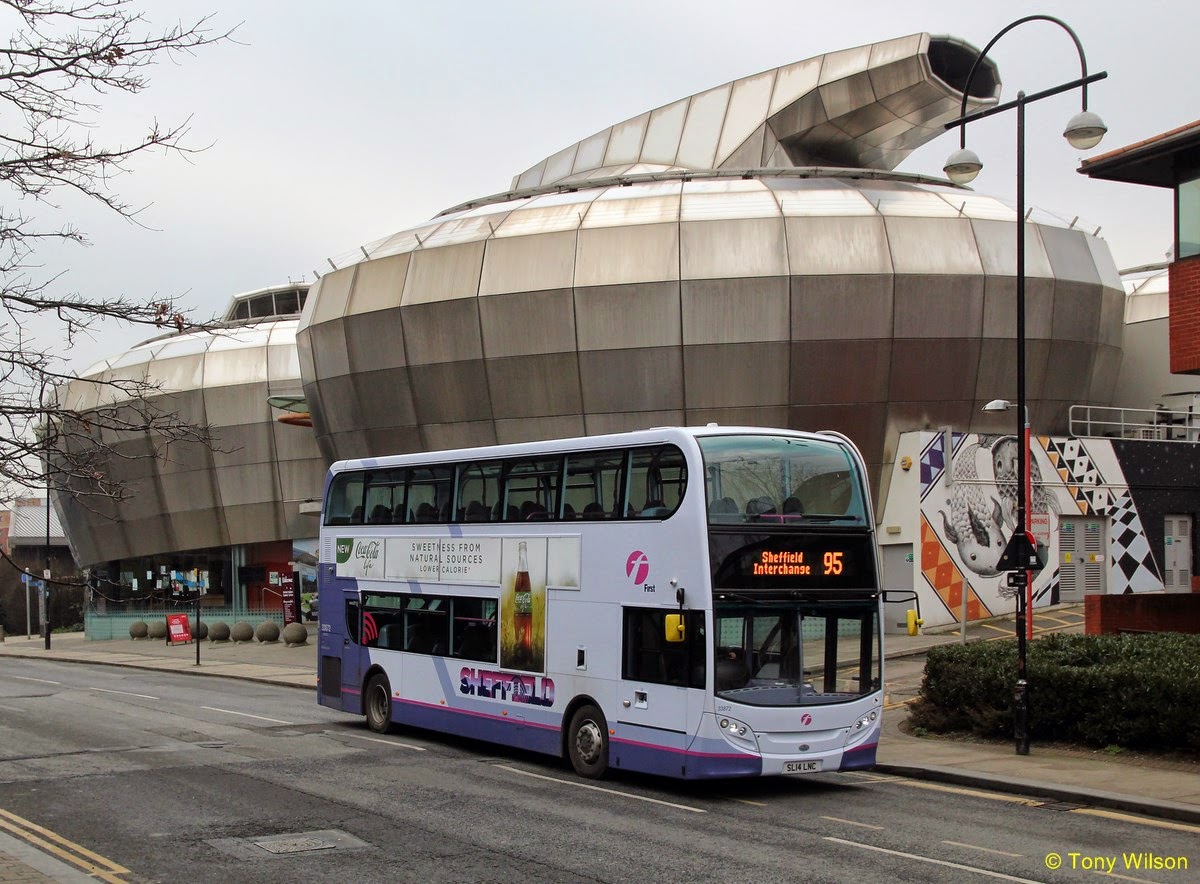 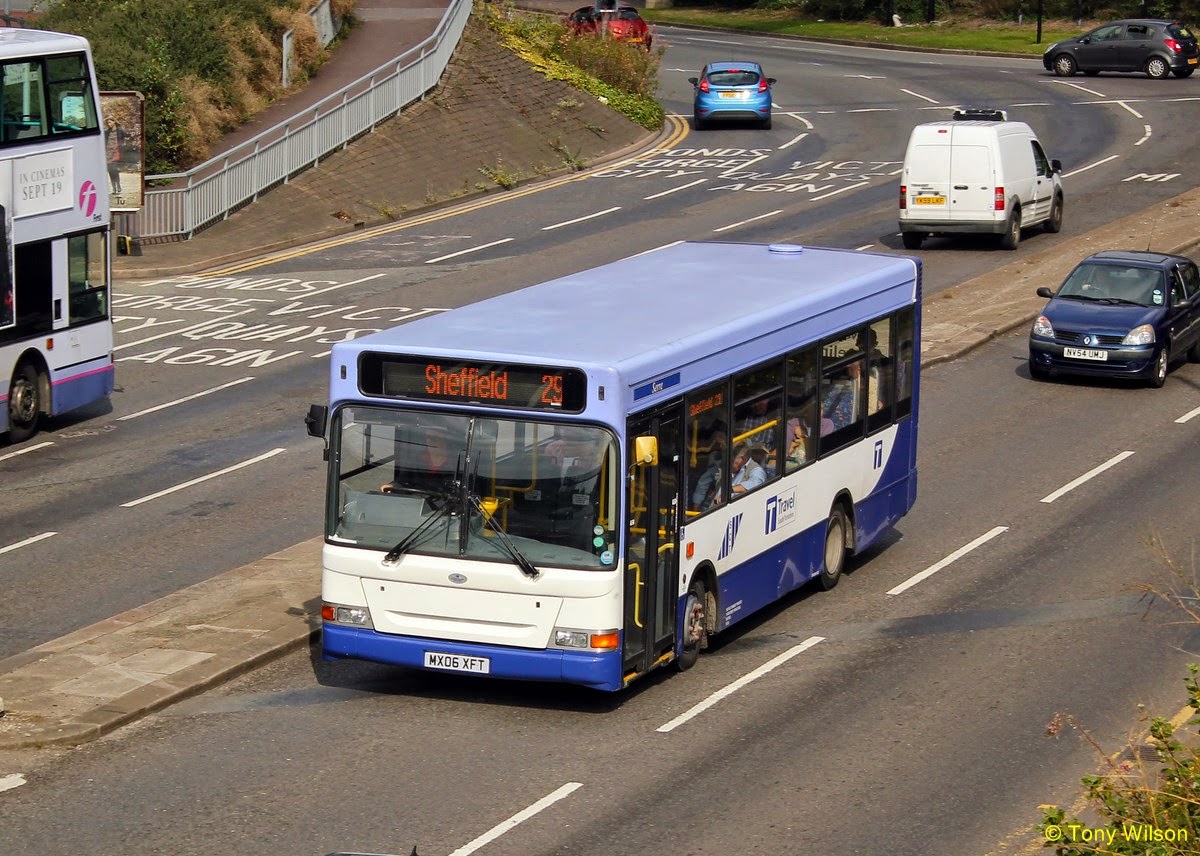 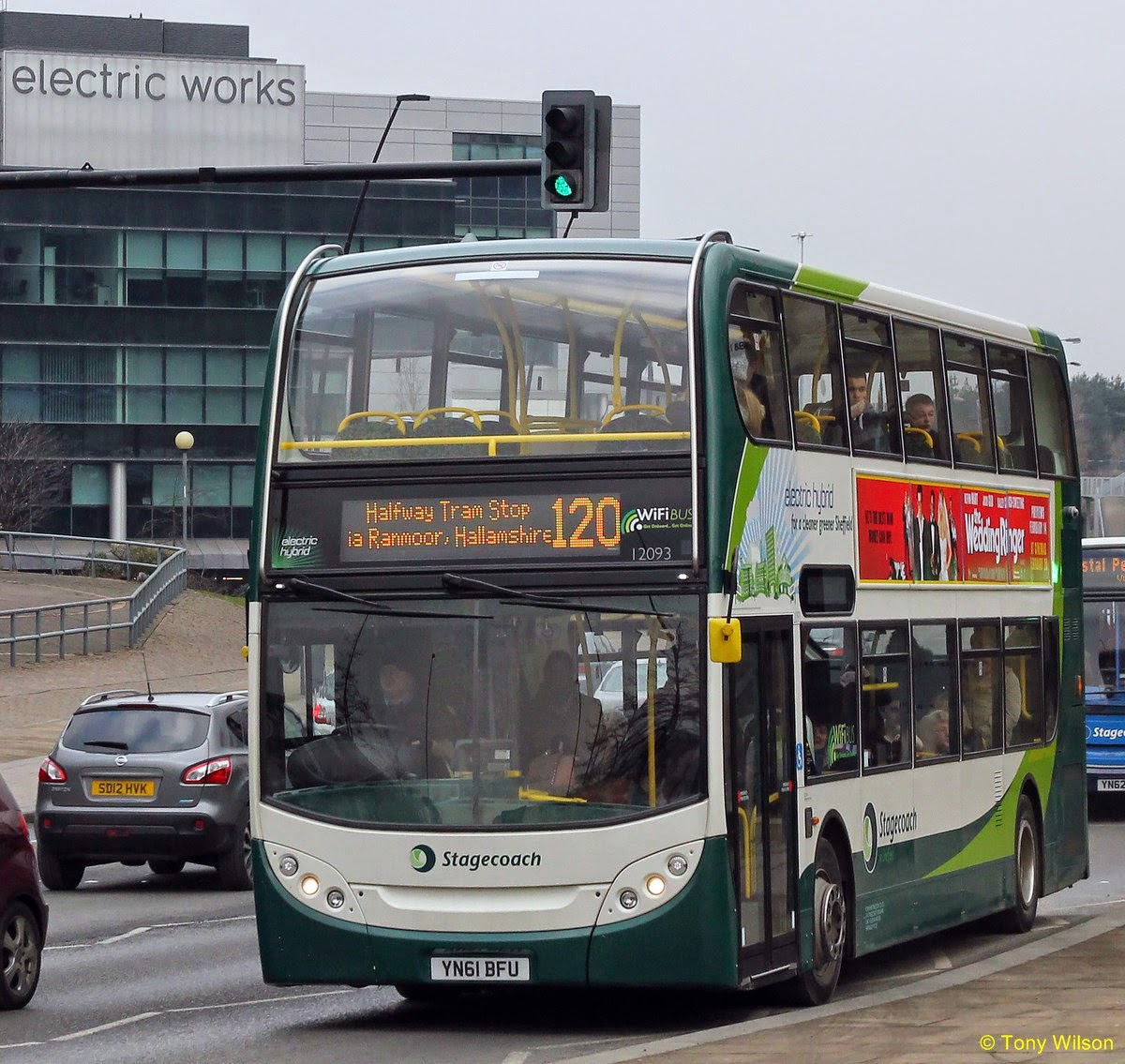 Fare-paying passenger numbers are up nearly eight per cent and customer complaints are down by a third. Bus punctuality is 91.5 per cent and reliability is 98.6 per cent. And it’s all down to a joint approach.
The same success is being achieved in Rotherham with collective decisions taken in the interests of local people. In just six months, fare-paying passengers have risen by 240,000 – an increase of six per cent. More buses are running on time and some fares have even fallen.
Some politicians seem to have an obsession with London and like to talk down our regions. The reality is that bus passenger satisfaction in Yorkshire and other big cities is even higher than in London.
Over the past decade, average fares outside London where they are set by bus operators have risen less than in the capital where they are set by the public sector. Stagecoach has the lowest bus fares of any major bus operator in Britain.
In Barnsley, we offer unlimited weekly travel for just £10 a week and the price of our local day ticket has not increased since 2007 – three years before Mr Dugher became an MP.
Despite bus industry costs currently running at about four times the rate of RPI inflation, major operators have continued to invest big sums in improving services right through the economic downturn. England’s main city regions have benefitted from around £1.3bn of investment in the last five years. Smart multi-operator bus ticketing is also being rolled out in our biggest city regions during 2015.
Of course, Britain’s bus network faces challenges. Government austerity measures have hit local councils hard, but Mr Dugher’s attempt to blame bus companies for public sector cuts is ludicrous.
Independent figures show that bus operators are funding an increasing proportion of the country’s bus network – not less. Councils have cut the bus services they pay for by 24 per cent in the past four years, while routes fully funded by commercial bus operators have grown every year over the same period.
Labour’s plans for London-style bus contracts in Yorkshire and elsewhere are half-baked. Mr Dugher doesn’t even know how much his policy will cost.
That should worry Yorkshire’s taxpayers who have already seen big reductions in budgets for policing and social care, as well as the impact on public sector jobs, libraries and children’s centres. If councils can’t afford the services they currently run, where is the money to fund extra responsibilities?
These plans are not about Passenger Power – they are about political power and getting the keys to 10 Downing Street. Mr Dugher says he is a friend of “white van man”, but he has set out no practical ideas on tackling the worsening congestion affecting motorists, public transport users and our economy.
Bus companies and local authorities in South Yorkshire have moved on from the old divisions and ideology of years ago and now take joint responsibility for buses. It is time Mr Dugher caught up or he will miss the bus.

Although in a different context, perhaps we need a campaign to protect the bus services of 2015, as there once was some 30-years ago. Back in 1985 buses were adorned with slogans to save the declining bus services with some examples local to South Yorkshire and the North and East Midlands as follows: 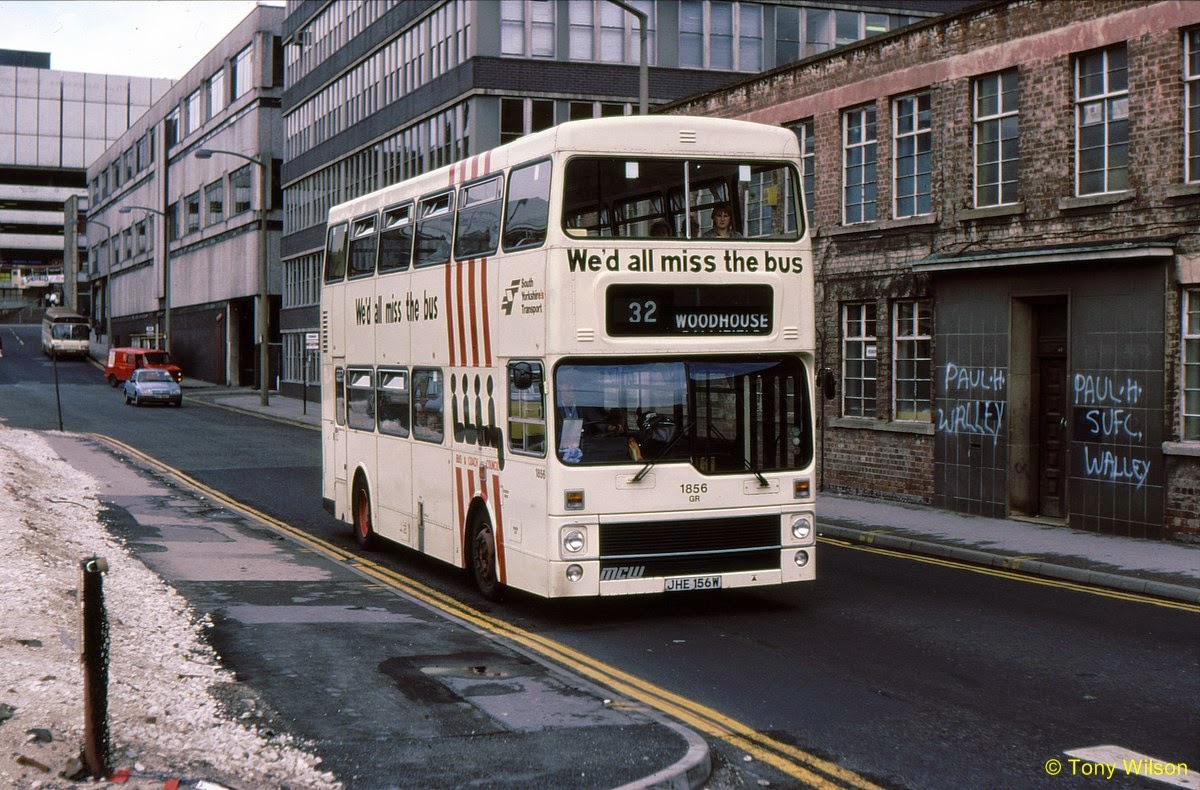 The main Sheffield bus operator of the 1980s was South Yorkshire Transport who, within their fleet ran a batch of MCW Metrobus models. Included was 1856 illustrated here adorned with the missive 'We'd all miss the bus' on the bodywork. 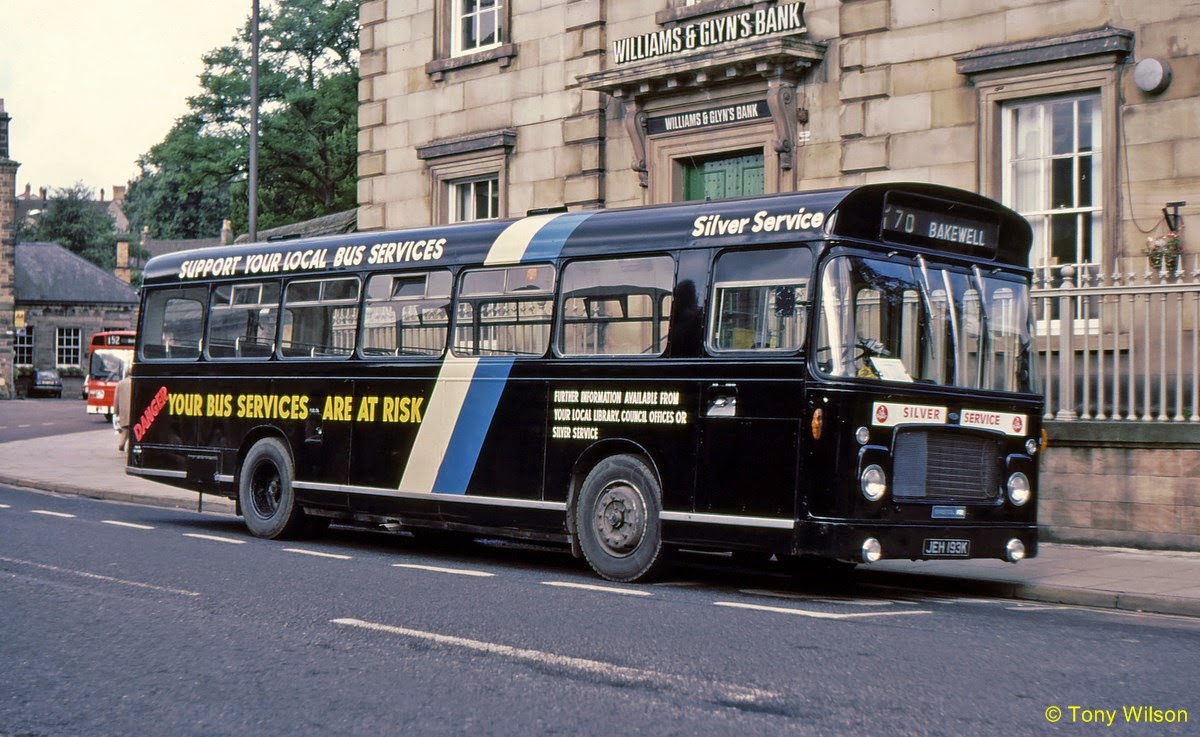 In the nearby hills and dales of the Derbyshire Peak District, the message was equally clear to see, especially on this rather stark dark liveried Bristol RE operated by Silver Service of Darley Dale. Promoting support for and expressing the loss of local services, the bus rests between duties in the market town of Bakewell. Judging by the registration, the bus had originally been operated by the Potteries company. 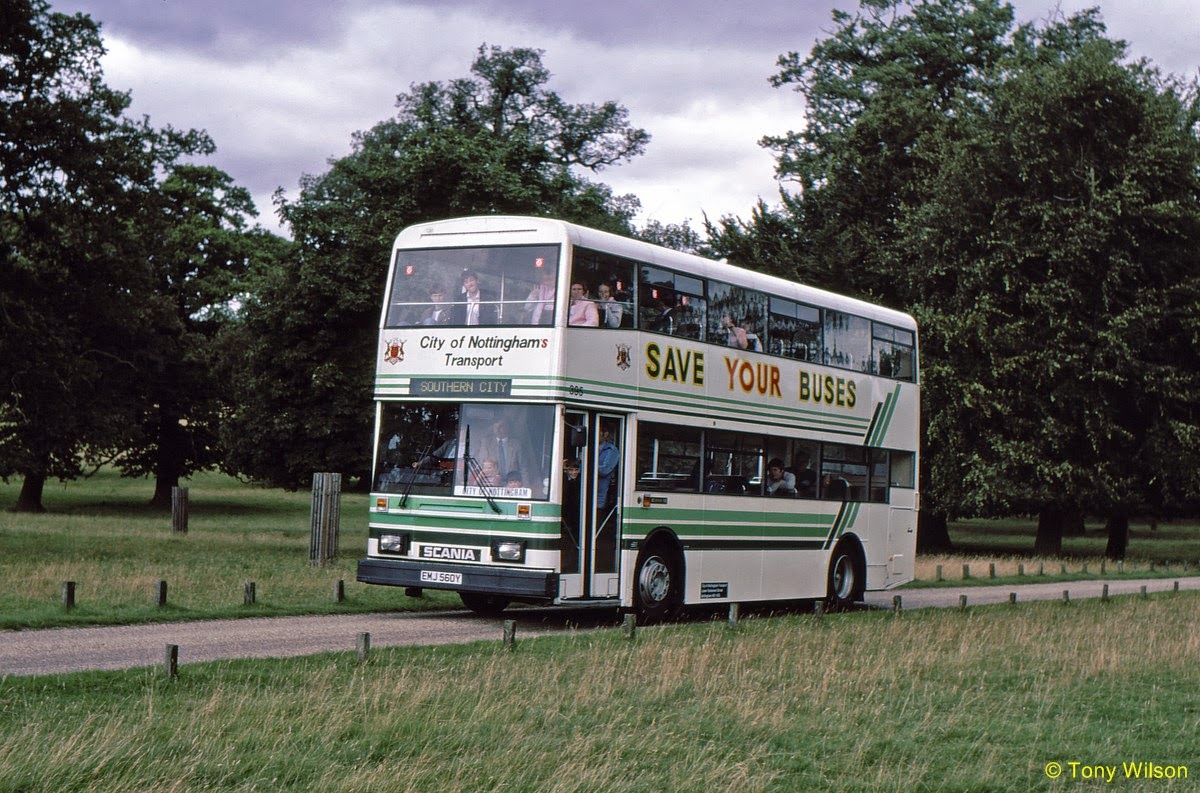 The City of Nottingham's transport also got in on the act by decorating one of their Scania double-deckers with a 'SAVE YOUR BUSES' slogan. Not just any old double-decker, but one that had previously been a demonstrator for Scania and sporting their then new style East Lancs bodywork. Here the bus brought a fulsome party from the city to the 1985 Showbus event held then at Woburn.
Talking of which.......................

Have you heard? The 2015 Showbus event is to be held back at Woburn on the 20th September. Now that is something to look forward to.