THE NEXT 'NEW ROUTEMASTER' ROUTE CONVERSIONS 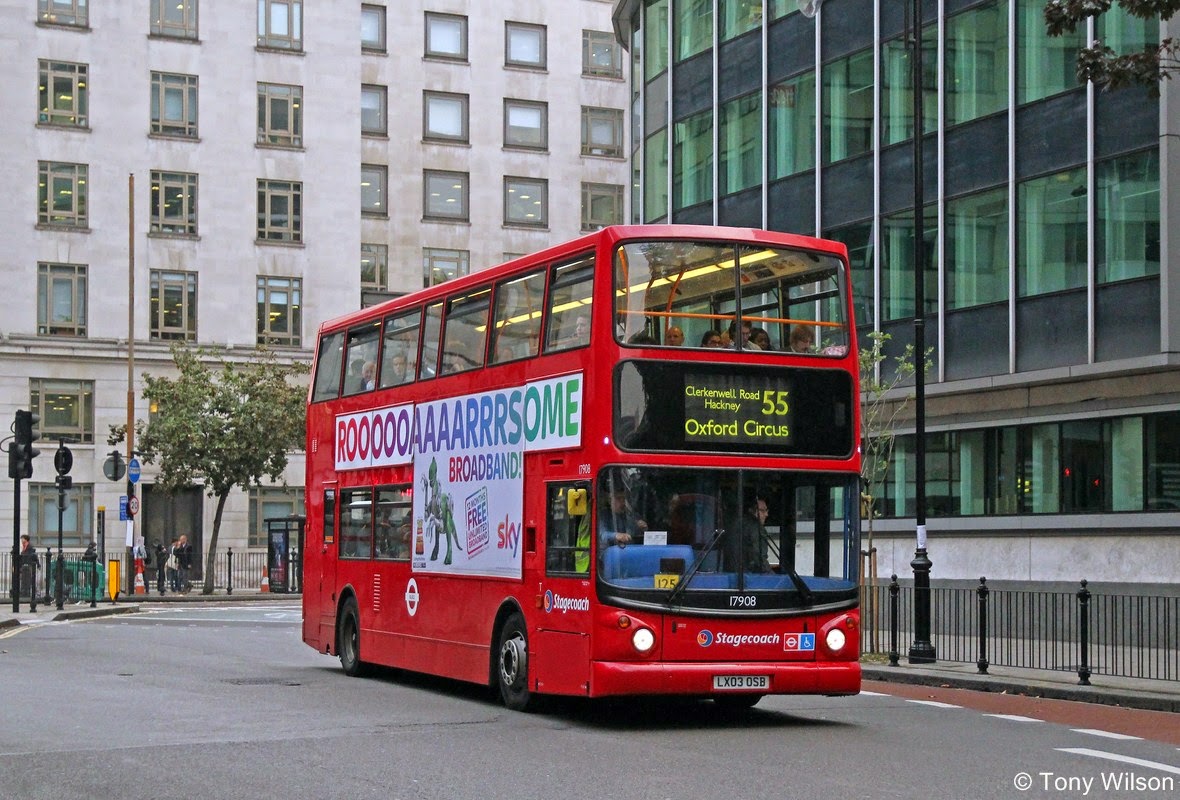 A phased conversion of route 55, which is operated by Stagecoach, is underway and will be completed by the end of the month. The route runs between Oxford Circus and Leyton via Tottenham Court Road Station, Old Street, Shoreditch High Street, Cambridge Heath, Hackney Central and Clapton. During peak hours, 34 of these state of the art buses will be in passenger service to carry the 27,000 people who travel on the route each week day. Route N55, which runs from Oxford Circus to Woodford Wells via Bloomsbury, Clerkenwell, Old Street, Shoreditch High Street, Cambridge Heath, Hackney Central, Clapton, Leyton (Bakers Arms), Wanstead, South Woodford and Woodford Green is also being converted to New Routemaster buses. 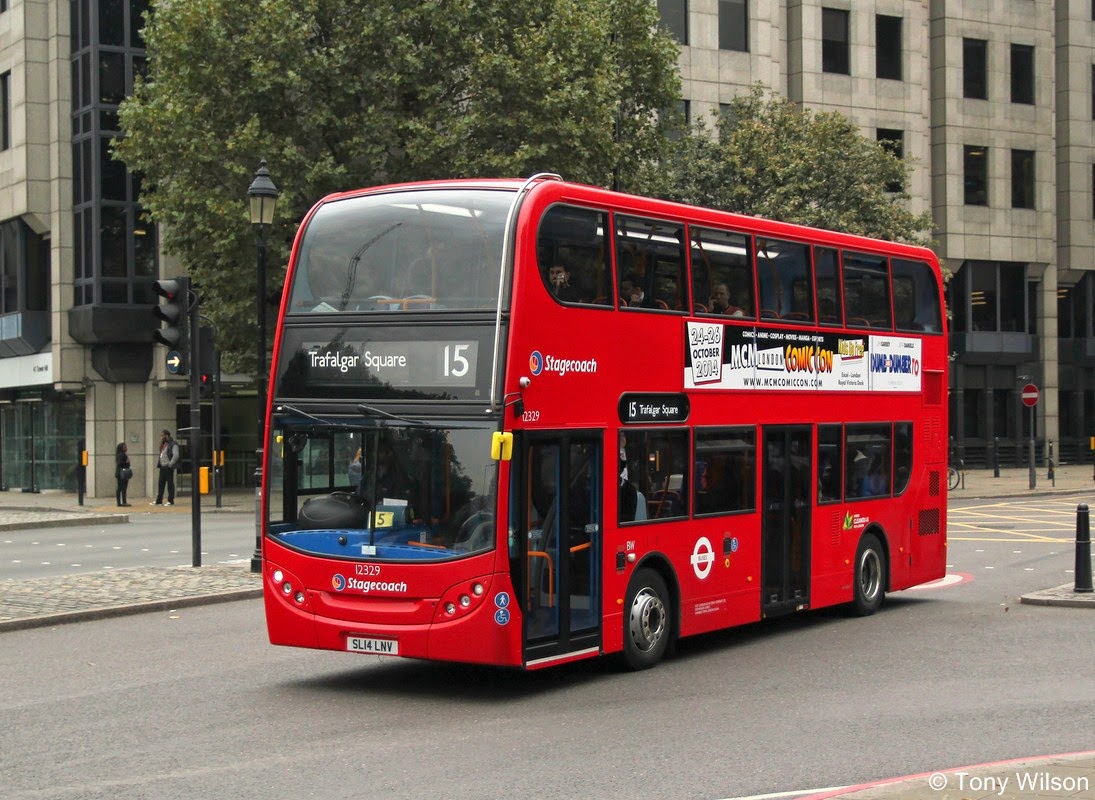 Route 15 will begin its phased conversion at the beginning of February and will be entirely with New Routemaster buses by the end of the month.  The route, which is also operated by Stagecoach, runs from Trafalgar Square to Blackwall DLR via Aldwych, St Paul’s, Mansion House, Cannon St, Monument, Tower Hill, Aldgate, Aldgate East and Limehouse DLR. During peak hours, 22 of these state of the art buses will be in passenger service to carry the 14,500 people who travel on the route each week day. Both routes will operate with the rear platform closed when the bus is moving, with large numbers of passengers able to quickly board and alight using all three sets of doors and two staircases at bus stops. 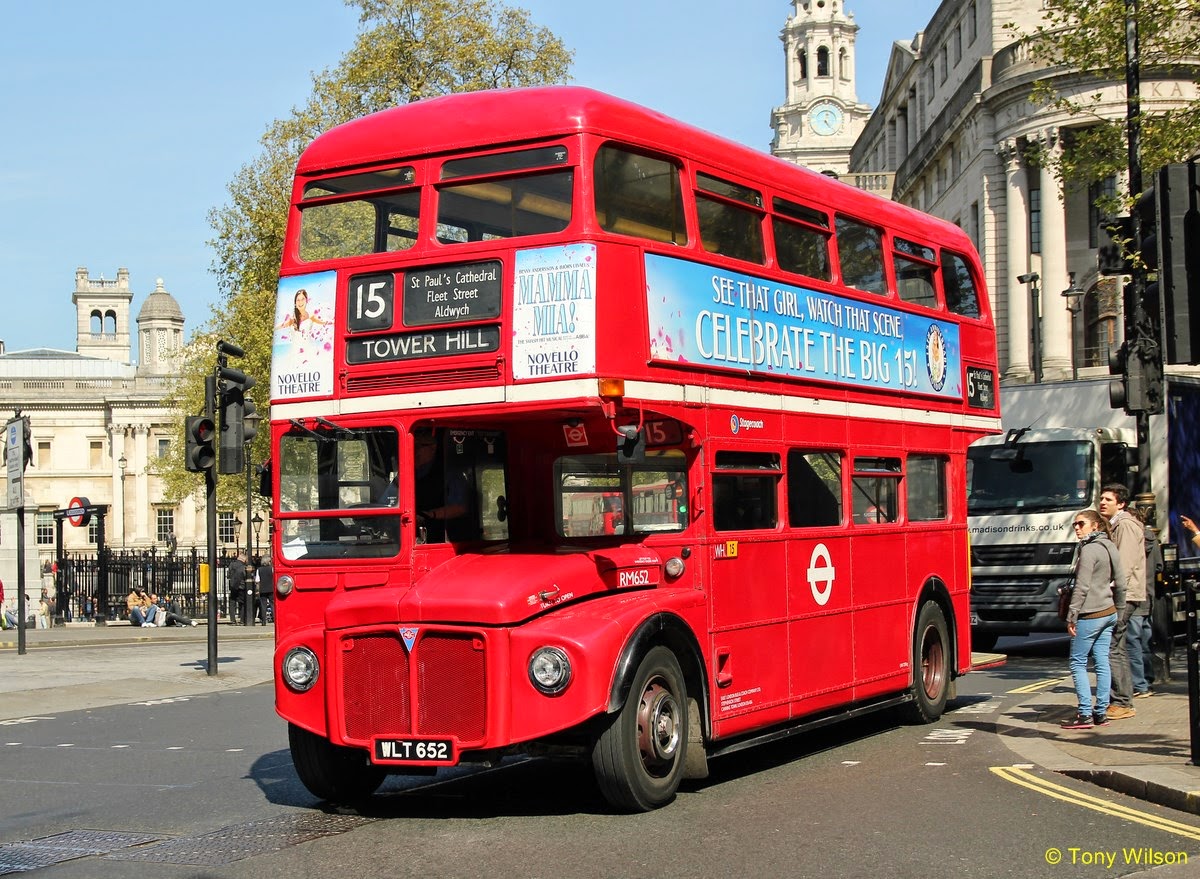 Of course this conversion of route 15 should not be confused with the 'heritage' route 15 that runs from Trafalgar Square to Tower Hill, and is operated with 'real' Routemasters.


Every London bus route is different and as these buses are rolled out across the capital TfL will consider the best possible operating arrangements on a route by route basis.  As the Mayor has previously made clear, there will not be a requirement to have a conductor on every bus at all times.  New Routemasters already operate without a conductor on routes 8, 9, 137, 148 and 453. To date, ten bus routes in London are being served by more than 300 New Routemasters.  The conversion of routes 55 and 15 will see the 400th New Routemaster bus enter passenger service – marking the half-way point to the delivery of 800 of New Routemasters on London’s streets by 2016, reducing CO2 emissions in the capital by around 27,500 tonnes a year.  All New Routemasters now entering service will operate with ultra low emission Euro VI engines.  New Routemaster buses also deliver significant fuel savings with new buses on the first 6 routes that were converted delivering almost 50 per cent better fuel economy that the buses that they replaced. The introduction of New Routemaster buses is part of a comprehensive programme to reduce emissions from London’s bus fleet which includes 1,700 hybrids on the street by 2016, accelerating the introduction of ultra low emission Euro VI buses and retrofitting 1,800 older buses to reduce their NOx emissions by up to 88 per cent.