From the Malta Independent

From July 2015, 142 new buses that will be delivered to Malta by Autobuses de Leon have been ordered from Otocar of Turkey.
Journalists currently touring ALSA facilities in Spain were told that the Turkish buses are currently being manufactured in Turkey and the first few will be delivered by July. All 142 will be delivered by October.
Speaking during a visit to the Torrejon maintenance depot, one of five in Madrid, fleet manager Juan Urgel said the Malta buses were chosen for their maneuverability, accessibility and comfort. They will be high standard European buses. The buses, he said, will have double doors, Cummins Euro 6 engines and air conditioning that will be kept appropriate temperatures.
ALSA already uses a number of Otocar buses on its Spanish networks (the company operates public transport systems around the globe, including in China and Morocco) even though 70% of its Spanish fleet is made up of Mercedes vehicles.
He explained that the Turkish buses were chosen over two other brands after a number of factors were taken into account, including the narrow Maltese roads, the climate and our proximity to the sea.
Julio Tironi,Director Transport Division, explained that Otocar and Mercedes buses come with the same price tag, only Otocar buses are more suited for Malta.
Delivery will start in July and all new buses will be delivered by the end of October. 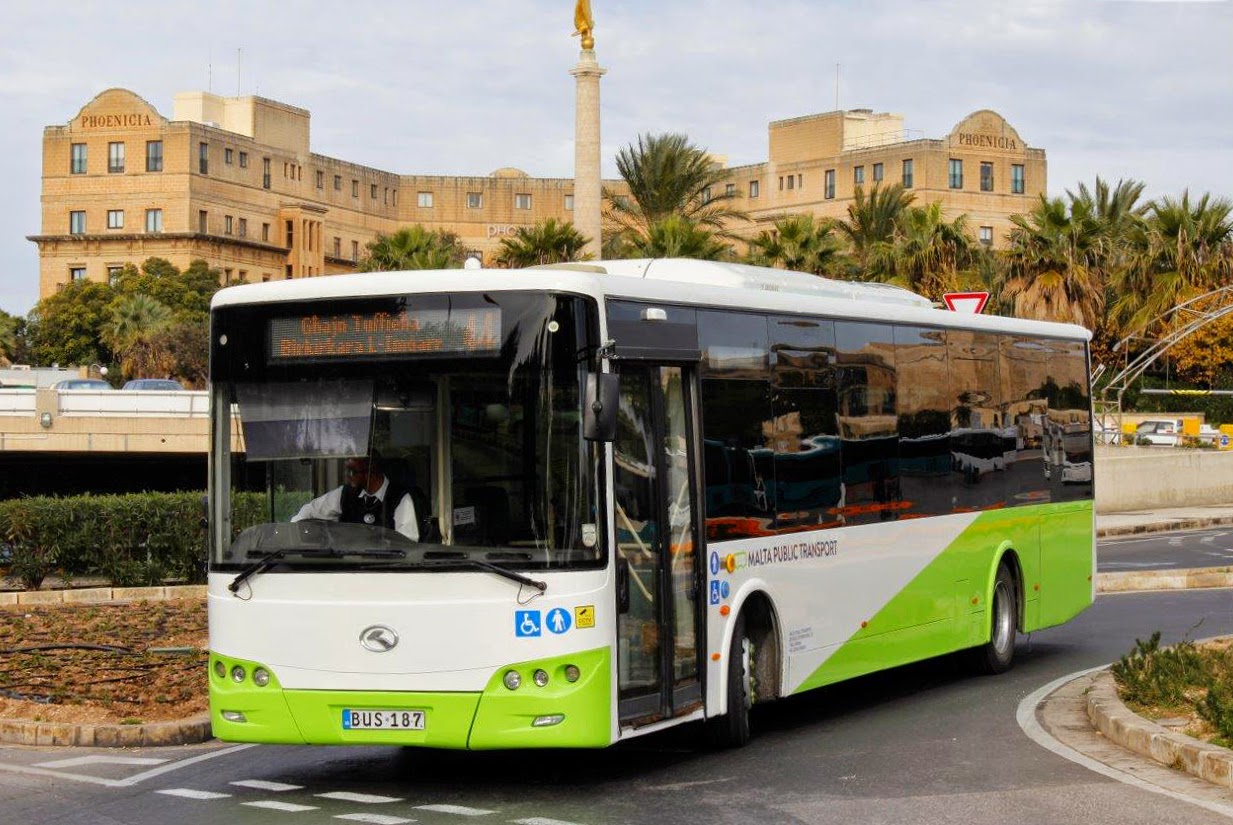 ALSA Chairman Felipe Cosmen said the King Long huses (as illustrated here by Jeff Lloyd), purchased by Arriva in 2011 will be kept in the fleet for several years but the company will have to implement a proper maintenance practices. Mr Cosmen said the buses are not inferior and will work well if properly serviced. The older King Long buses will be taken off the roads within two years.
Taking the journalists around the well organised toolshop, Mr Cosmen said the former Arriva workshop in Luqa will have to be similarly organised. At the moment the workshop is in shambles, he said, with spare parts lying around. the company is also planning to open a second workshop. "Maintenance gives us value for money."
Juan Urgel explained how the company purchases new buses, operates them for several years, also by means of regular and professional servicing, until it finally replaces them with new buses several years down the line.
He explained that ALSA will top the current fleet with 142 buses. The company will have 12m, 11m, 9.5m and 9m buses. These will be used according to the necessity and limitations of the routes.
He explained that training will be ongoing. "In Malta a bus driver gets his licence and he is a driver for life. We will change this, training will be ongoing, year after year."


Dawson Rentals is supplying 39 former National Car Parks Mercedes-Benz Citaro O530s to Malta. These are  3-door (two nearside, one offside), buses first built in 2006 and 2007. The offside doors have been removed and seating adjusted accordingly. They have also been repainted into the green and white livery, the works completed by Rowan Telmac of Coventry., whilst Graysons of Birmingham have upgraded the air-conditioning systems. Other remedial work was copleted by Evobus of Coventry).

Then from the Times of Malta

The Valletta bus terminus will be extended further (highlighted in green) right into St James Ditch, adjacent to Ġlormu Cassar Avenue (the aerial picture above was taken some time ago). Photo: viewingmalta.com
The Valletta bus terminus is set to be doubled in size to handle 40 new routes that will be rolled out by Spanish operator Autobuses de Leon (Alsa) in the summer.
Alsa director and Malta Public Transport Service chairman Felipe Cosmen confirmed that talks are under way with Transport Malta and Mepa to increase the number of bus bays along St James Ditch (see above).


“During negotiations with the government, we reached an agreement to increase the capacity of the terminus to facilitate the movement of buses and the passengers,” he told this newspaper.
Though details have not yet been announced, the plan is for some 15 bus bays to be added but in a different layout to the existing ones.
“Buses will not be reversing to go out of their bay. They will be parked parallel to the kerb. For this reason, traffic will flow in a clockwise direction along the length of the entire ditch,” sources at Transport Malta said.
Though the transport regulator has not yet submitted the final design, the building at the bottom part of the ditch (where the national lottery used to be drawn) will probably have to be demolished to make way.
Inaugurated in July 2011, when Arriva took over, the existing terminus was intentionally designed to cater for a smaller number of routes as part of a plan to spread out the network to a number of regional hubs. However, following a public outcry against the new routes, the government was forced to revert to the previous model. As a result, a number of temporary bays, which are still in use, were added at the old terminus around the Triton Fountain and the Phoenicia Hotel.
The new routes that will be rolled out in July are a key obligation of the 15-year concession awarded to the Spanish company following a call for expressions of interest issued last year.
In the run-up to the launch, the operator will be gradually increasing its fleet and phasing out the use of subcontracted vehicles.
Addressing the Maltese media, which last week was invited to tour Alsa’s facilities in Spain, Mr Cosmen said the company would be in a position to operate the existing network with its own resources by the end of this month. This would be possible with the addition of 32 low-floor buses, which, he said, would be delivered in the coming weeks. He was commenting in the wake of complaints that, on some routes, the service was not up to scratch as minibuses and seven-seater vehicles were being used.

Barely three weeks into its Maltese venture, the new operator last month axed the services of the Unscheduled Bus Service, which had been supplying additional vehicles since August 2013. At the time, the private company had been subcontracted to replace the fleet of bendy buses which had been pulled off the roads for safety reasons.
Mr Cosmen insisted that, at the end of January, the UBS was only providing 30 vehicles and not 50 as reported. Acknowledging that the quality of the service on some routes had suffered, he said this was only a “temporary measure”.
Meanwhile, in Spain, the company showcased its driving simulator at an academy in Oviedo, in the Asturias region. Costing about €250,000, a similar simulator will be delivered to Malta next year as part of the company’s commitment to open an academy. The operator is also set to upgrade the vehicle tracking system, through which it can take measures to minimise service disruptions caused by road closures, accidents or climatic conditions.