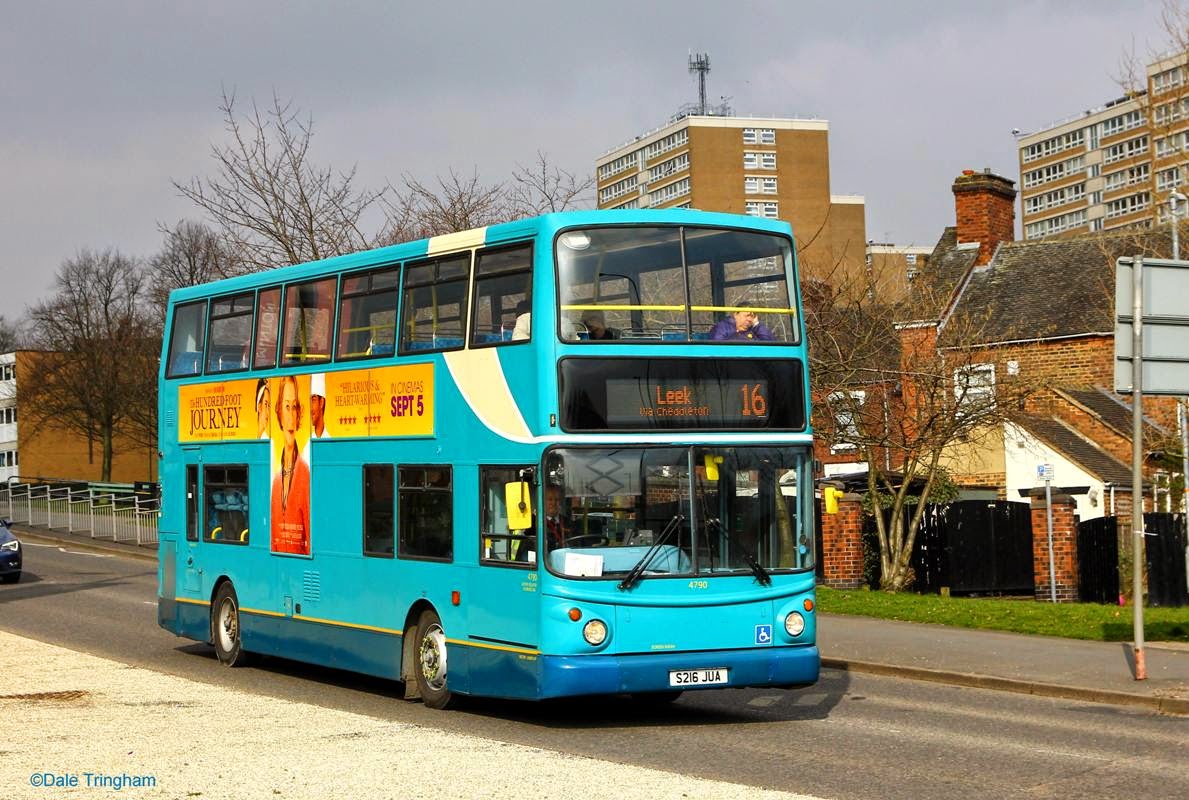 Uttoxeter-based D&G Bus has further grown its business in North Staffordshire with the purchase of Arriva Midlands’ Wardle Transport operation in Stoke-on-Trent.
Following completion of the transaction, D&G will retake control of Wardle’s Adderley Green depot, part of the Potteries operation D&G sold to Arriva in August 2011. The Mossfield Road premises remained the property of D&G MD David Reeves, and were leased by him to Arriva.
The deal, scheduled to be completed on 9th May, will involve 19 of the approximately 40 buses currently operated predominantly on commercial services in Stoke-on-Trent and Newcastle-under-Lyme by Wardle. A number of staff will be TUPE’d across; others will move to Arriva Midlands’ Burton-upon-Trent or Stafford depots.
A staff meeting was held on Monday night to inform Wardle’s employees of the transfer, which will see D&G’s operations in North Staffordshire once again centred on Adderley Green. It currently has a leased depot in Longton, which will be vacated and its 18-bus PVR moved to Adderley Green.
News of the deal with Arriva comes less than four months since D&G took over 17 routes and 25 staff in North Staffordshire from Bakerbus, along with a number of buses. It also operates around 40 buses and 10 demand-responsive minibuses in Crewe.
Less than a month ago associated company, Atherton-based Green Triangle Buses (trading as South Lancs Travel) was sold to Rotala for £900,000 in cash, but it is understood that the deal with Arriva is not linked to this.
As part of the deal with Arriva, all 19 buses which are to move to D&G – a mixture of Dennis Darts and DAF DB250 double-deckers – are expected to be DDA-compliant and painted in D&G’s livery by the time of transfer. Although the Adderley Green depot was built by D&G to also act as its head office, it currently has no plans to relocate this function from Uttoxeter.
Arriva sold the coach and accessible minibus arm of Wardle Transport to Stantons of Stoke, founded by former Wardle GM Keith Stanton, in 2014. 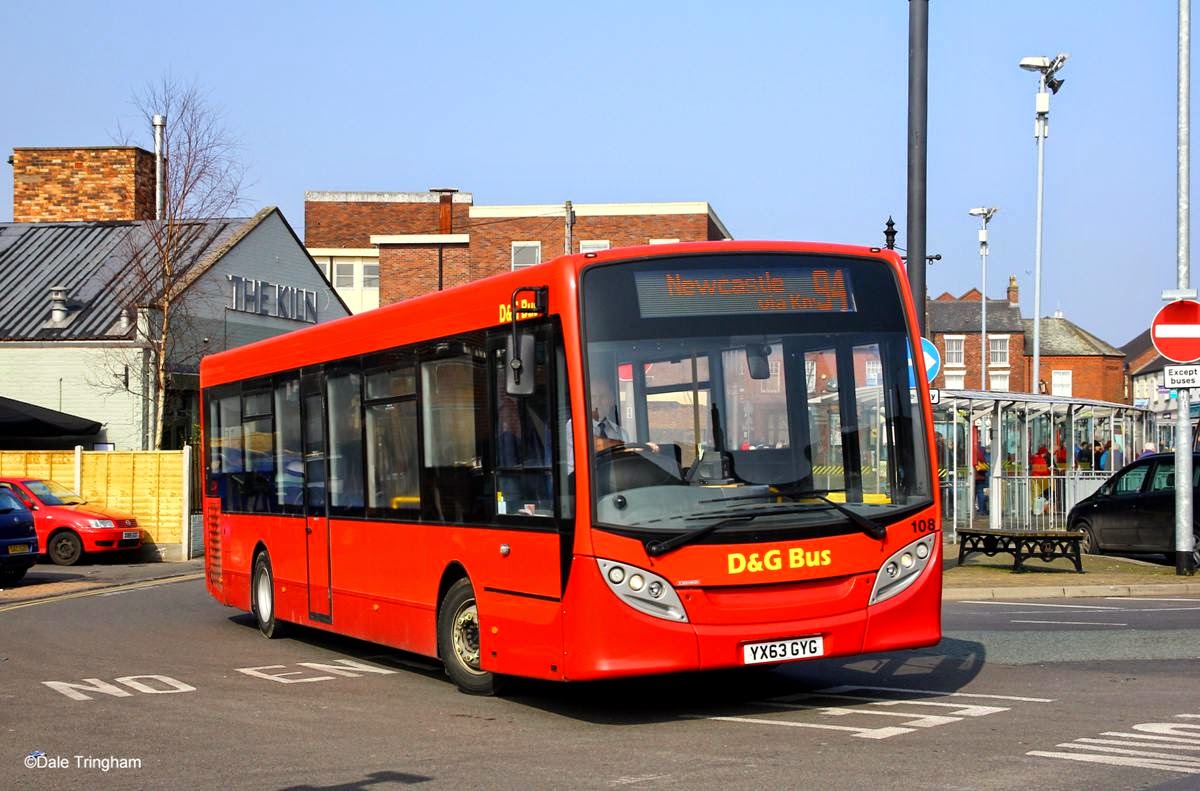 All images kindly provided by Dale Tringham, who by design visited Hanley, Stoke and Newcastle-under-Lyme on the 18th March.