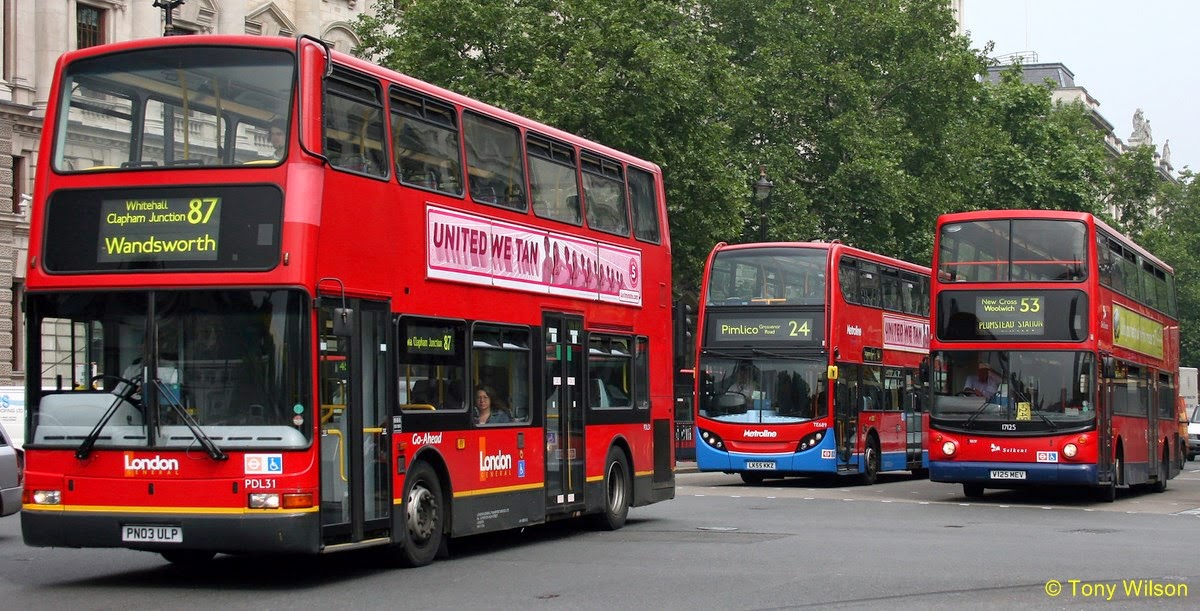 A new television series is set to hit the screens from today (Thursday 19th March) and be aired on ITV from 8.30-9.00pm for 6-weeks.

Series overview
“When you’re out there you think you’re the world’s best driver. Until you come into an environment like this. And that’s when you come down with a bang.” - Jim Johnston, bus training officer
This new six-part documentary series for ITV focuses on the ultra-competitive world of trainee London bus drivers.
With 20 applicants for every place on the intensive six-week course, the bus drivers’ school promises to be a gateway to a steady salary and a virtual job for life. First, however, the prospective drivers must learn how to safely negotiate a ten-ton bus through London’s overcrowded streets.
The trainees are filmed from the first moment they sit behind the wheel of a bus through a set of increasingly complex manoeuvres designed to test their abilities to the limit.
Those who make it through the early stages then face the toughest assessment of all – their bus driving test, a 90-minute examination. This will determine if the trainees have what it takes to achieve their dreams, and make it as a bus driver.
If they pass this ultimate test, then every crash, every stall, and every heart-in-mouth emergency stop over the six weeks has been worth it.

Episode 1
In the first episode, a new batch of recruits are starting their six-week course at one of London’s largest double decker driving schools.
Single mum and former van driver Claire Carter is hoping that becoming a bus driver will be a smart move - with the steady salary a key motivation for her. She says: “If I do this then next year hopefully it might mean I can take my kids on holiday. They’re my babies, they’re my life.”
On her first day out on the open road Claire has a close encounter on a pedestrian crossing and nearly has a head-on collision. With the help of her instructor Alagarsamy Gopal, Claire needs to dig deep to summon the strength and the courage to stay on the course, and pursue her goal. She says: “When I got home I was so deflated. I was talking to my eldest son saying, ‘I don’t think I can do this.’ And he was like, ‘Mother, pull yourself together, you can do this.’”
Meanwhile, former recovery driver Yasin Cassim has moved to London from Gloucester to try his hand at the Double Decker driving course. He’s four weeks in and he and his instructor Mickey Welch are getting on famously, but when it comes to making mistakes, Yasin rarely believes it’s his fault.
Mickey says: “Some of them think they know it all but they don’t. If you don’t listen you won’t last long on this job. Just open your eyes.”
And when Yasin has a progress check with training officer Jim Johnston, sparks fly. After he is told off for not using the bus lane, Yasin storms off. Mickey has to resort to jokes, songs and even threats to keep his lippy trainee in line. But Yasin faces an uphill struggle to convince the instructors he has the discipline to be approved for his test, and let loose in a ten-ton bus.
Training officer Jim says: “A problem with attitude there, he doesn’t like being told what to do.”

AND NOW FOR SOMETHING A LITTLE DIFFERENT


The first of at least two 'heritage liveried' First West Yorkshire buses has been repainted into a splendid representation of the former "Yorkshire Rider" livery. This was used during the time between West Yorkshire Metro and First Group adopting a national livery.
The Vehicle in question is Volvo B9TL with Wright bodywork, fleet number 37674 (YJ58RTV). Completed it now carries the full Yorkshire Rider livery and revised fleet number 7674. The two images here are supplied courtesy of Paul Gooderson, who was in the Otley area yesterday, when the bus was used in service. 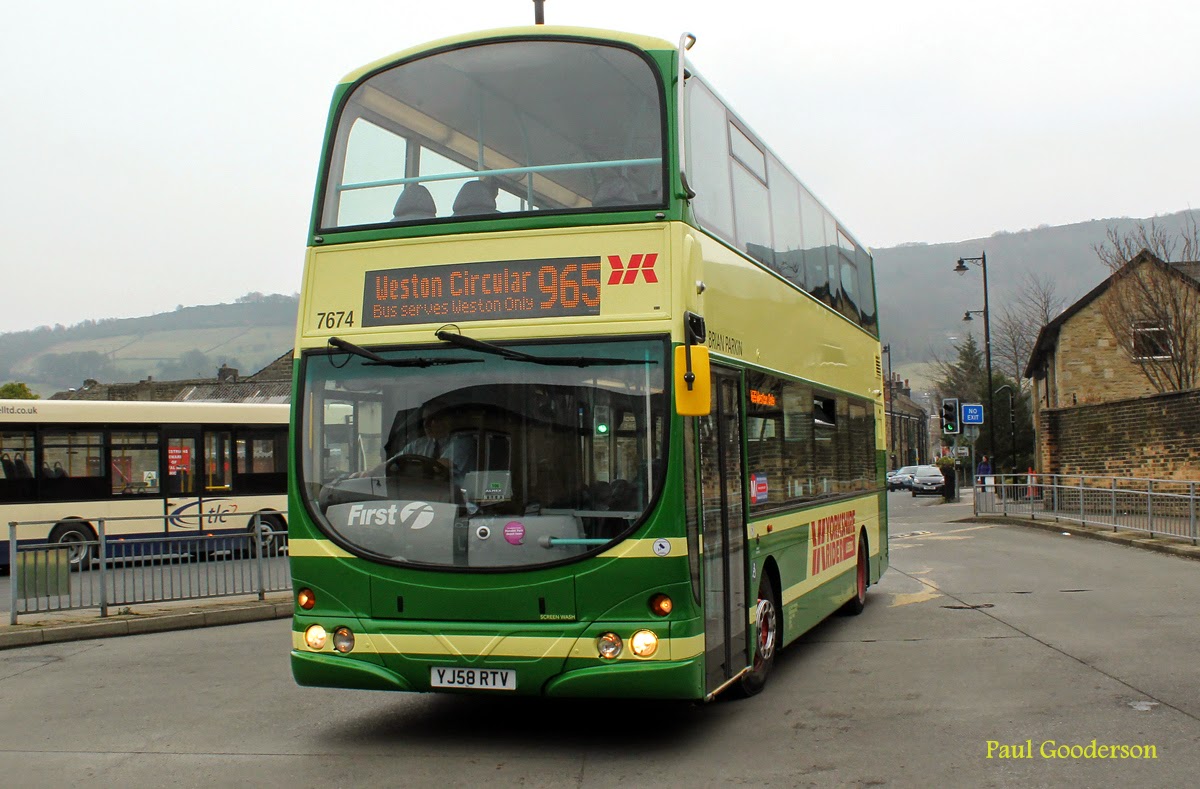 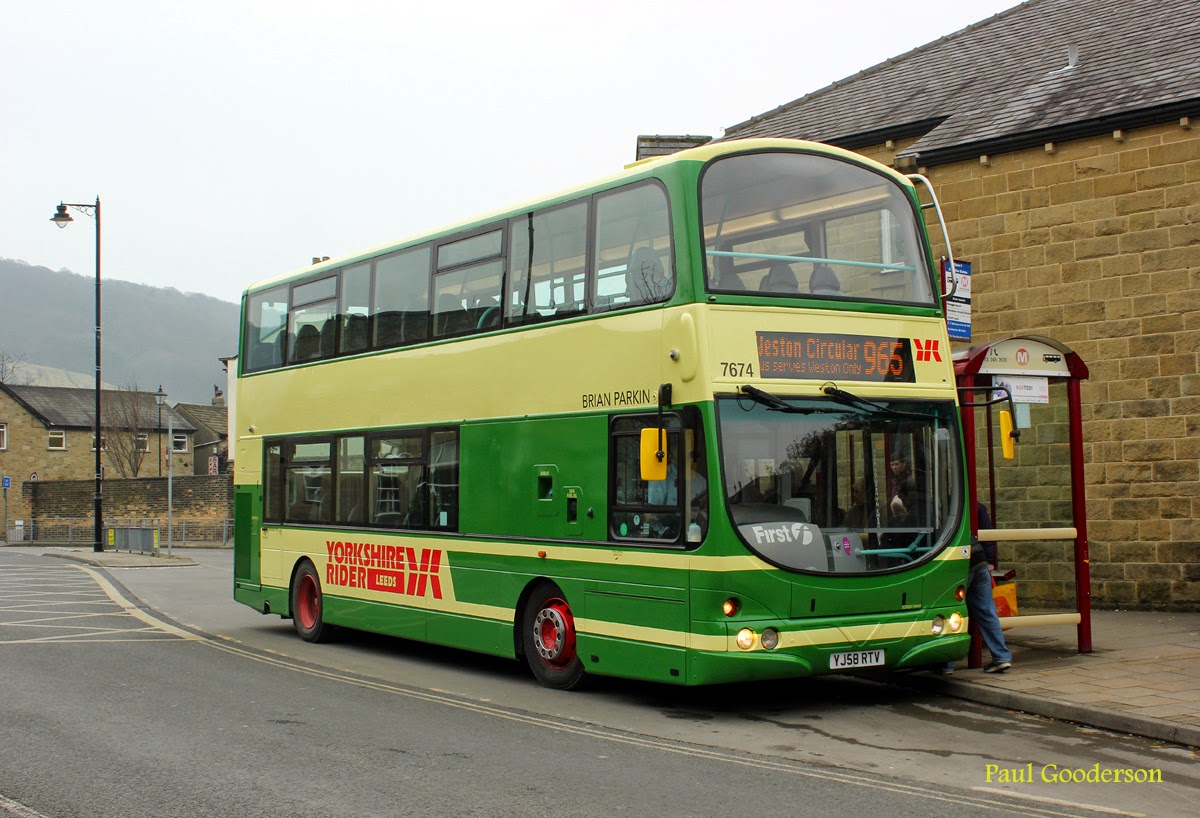